Menu for an Autumn Gathering 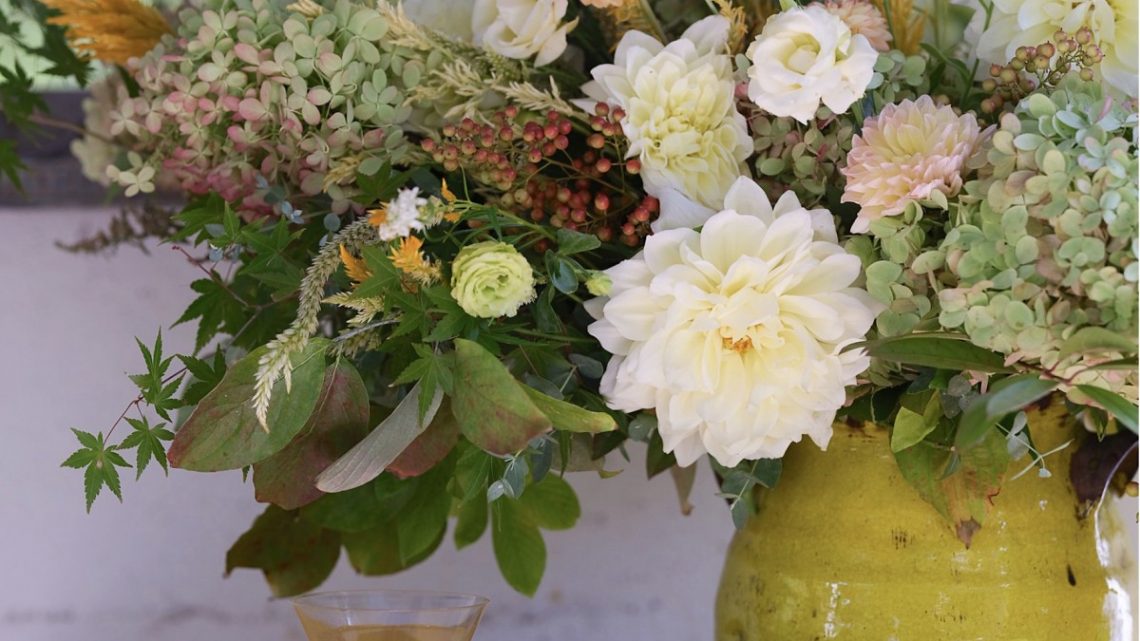 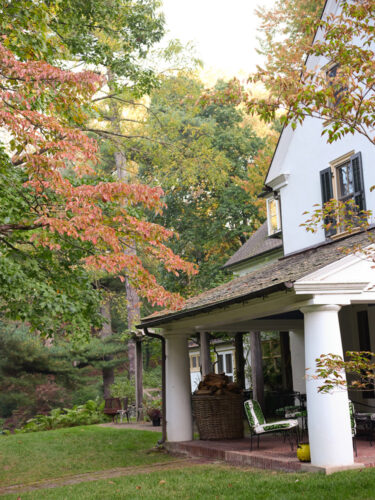 A country estate aura surrounds the home of the creative and energetic Wendy Wurtzburger and her multitalented husband, Chris Bentley. But instead of a long drive to reach its welcoming

façade, the 1849 classic, set on 4.5 acres, sits within Philadelphia’s city limits. While enjoying summer at the family’s Lake Michigan home, Chris admits to thoughts of Philadelphia at the first hint of fall.

“It is my favorite season, bar none,” Chris says. “The scent of autumn signals the change of seasons that I find totally invigorating. The intense heat is gone, and there’s a snap in the air, indicating it’s time to light the fires and plan a party. Fall is the best season to entertain because it’s warm enough to eat outside, and the harvest from our garden is truly amazing.”

“We wanted to celebrate the harvest while saluting the creativity of our family and special friends,” says Wendy. “First we asked [our son] Robin, who is a graduate of The International Culinary Center, and his best childhood friend from Michigan, Lidey Heuck, who, as Ina Garten’s assistant, manages the Barefoot Contessa’s media platforms and recipe testing in the Hamptons, to create original recipes with the bounty from our gardens, just for this party.” 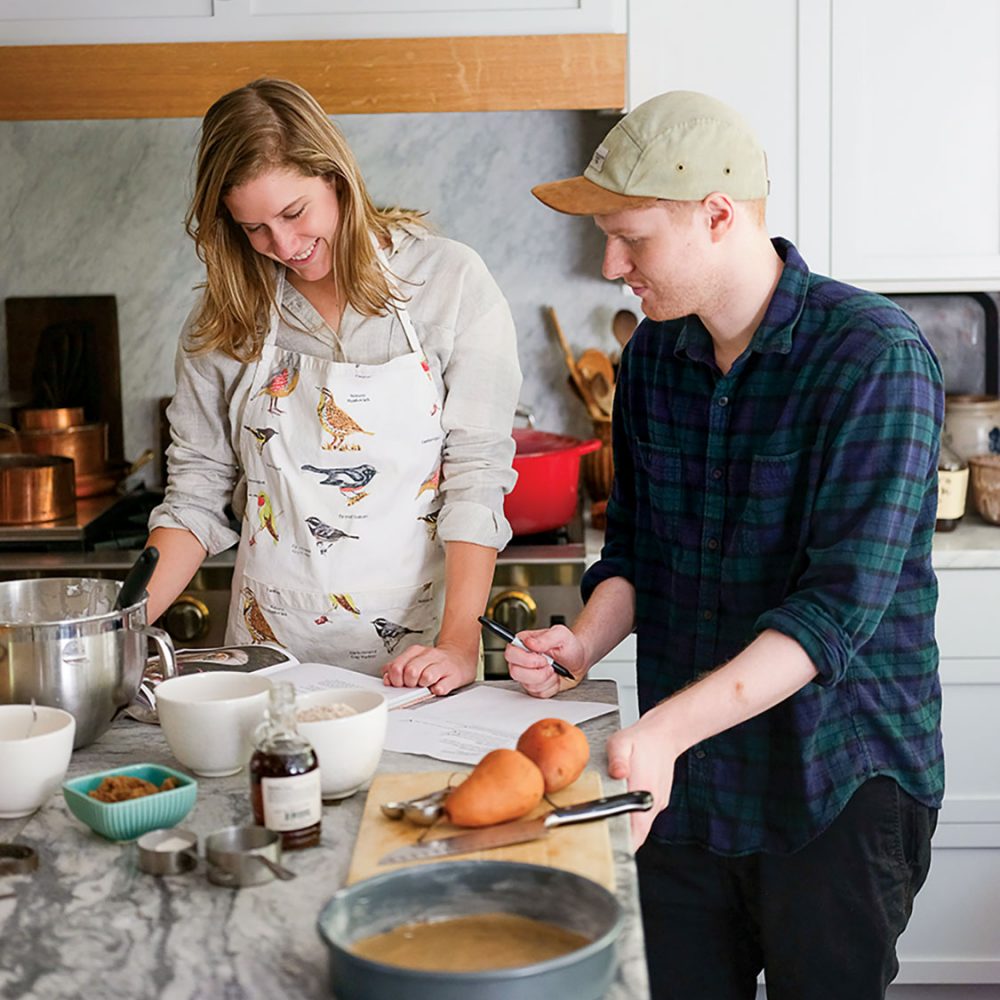 Robin Bentley (who had cooked with Michelin-starred chef Gabe McMackin at The Finch in Brooklyn) and Lidey Heuck (who also has a blog called Lidey Likes) exchanged ambitious ideas for the fall party menu. 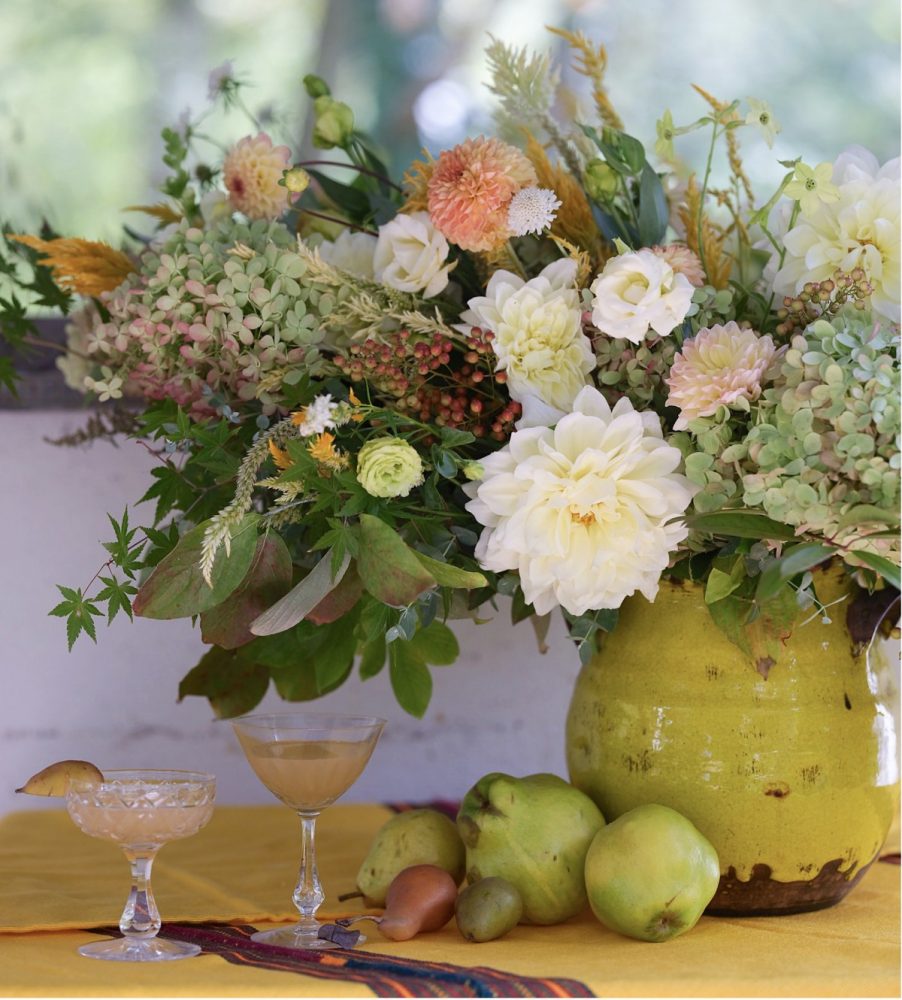 Gin Pear Cocktails (with Philadelphia-made Liberty Gin) and a nonchalant arrangement of blush-colored dahlias, green hydrangeas, and grasses from the garden sit on a serving table on the side porch. 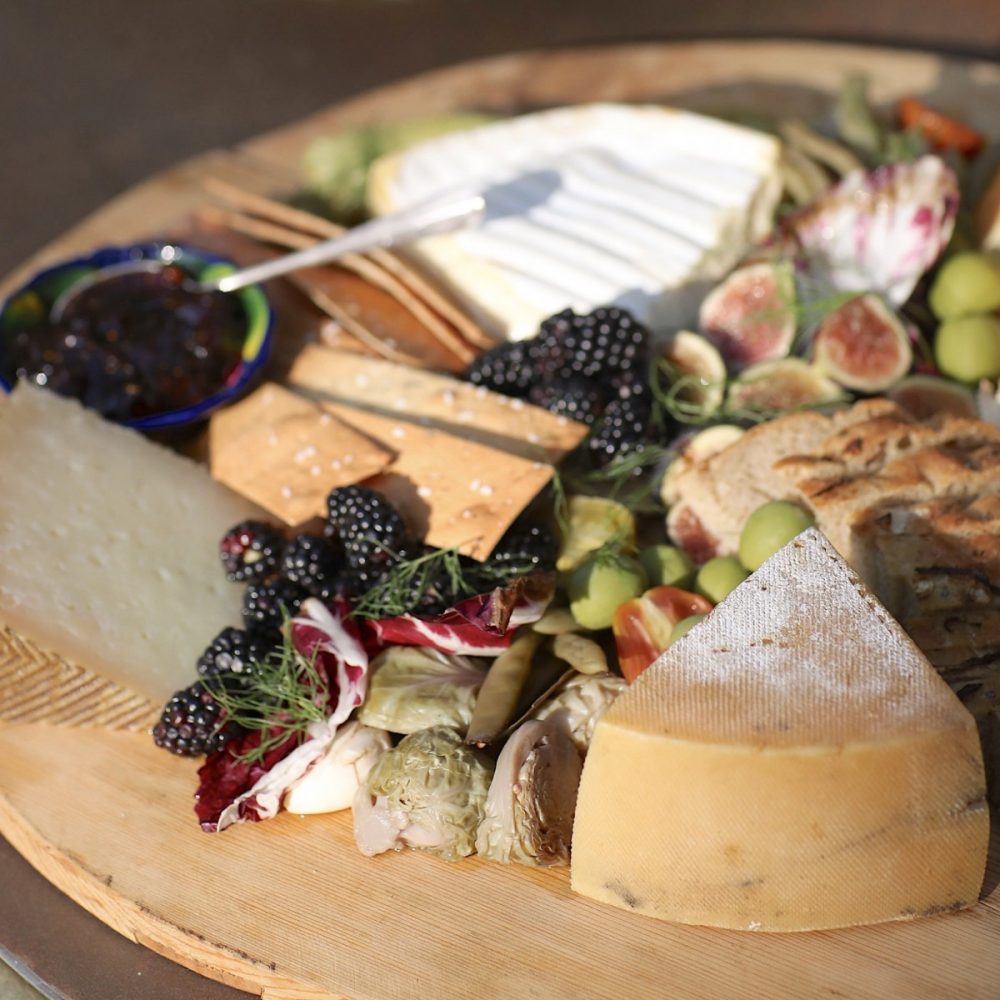 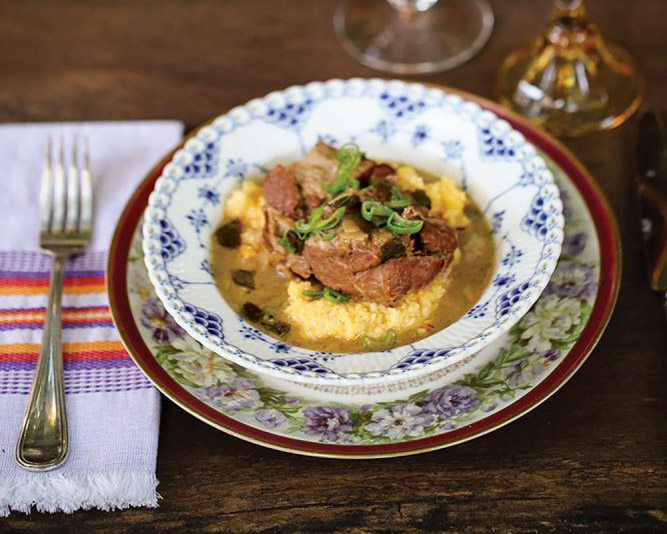 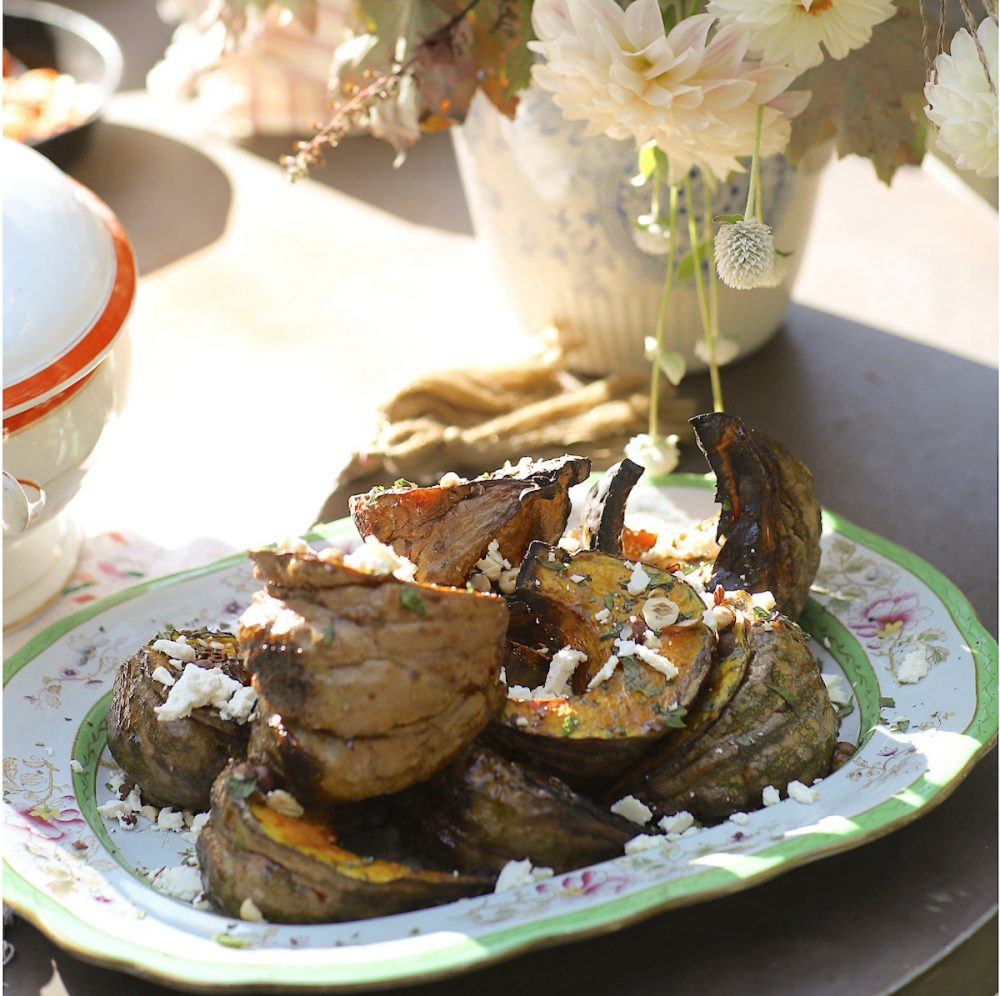 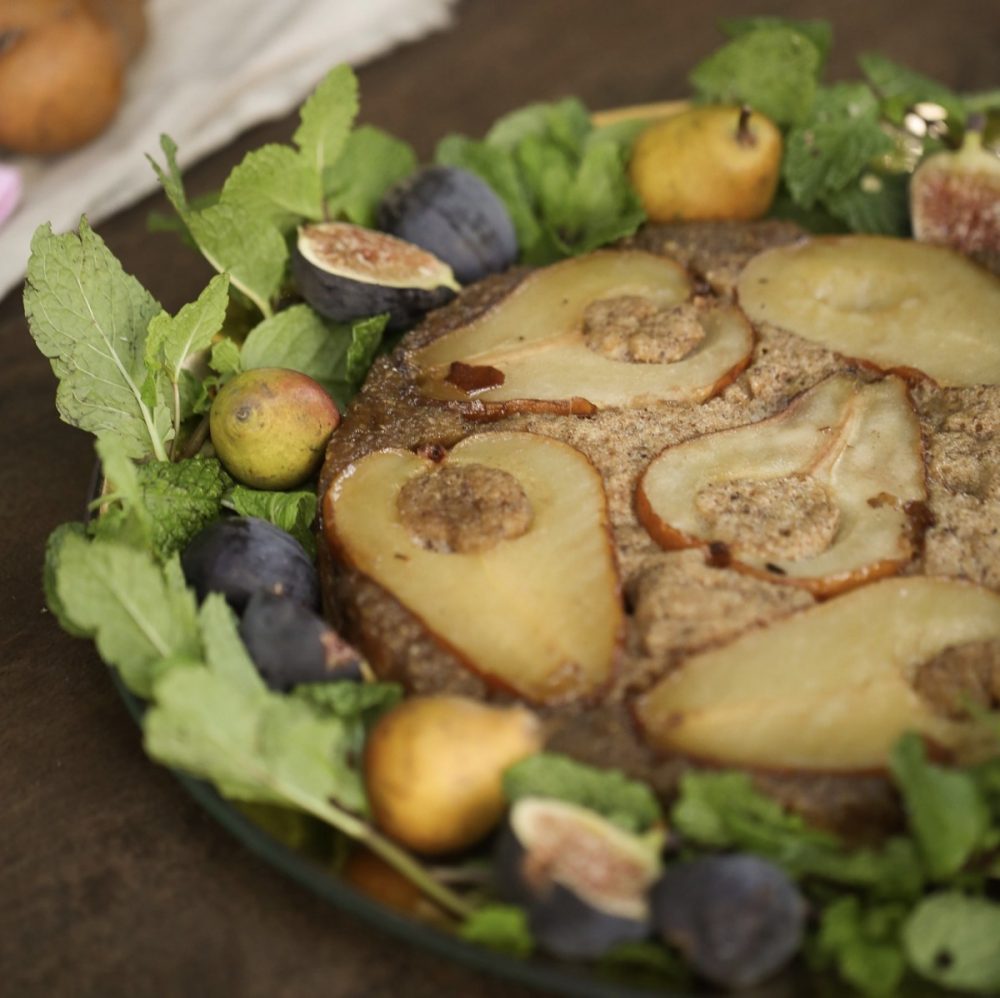 A touch of maple syrup in the batter adds the essence of autumn to Lidey Heuck’s Pear and Hazelnut Cake.

As someone pronounced the feast “no mere ode to the harvest,” Wendy added, “It became such a joyous salute to the incredible creativity of family and close friends, we decided to do it every year.”

The Rest of the Spread

Lidey set up clams and spicy breadcrumbs to be finished in the pizza oven.

A green salad with chèvre and nasturtium dressing

A tray of pears stands ready to be prepared for Lidey's Pear and Hazelnut Cake recipe.

Next post Plant Daffodils in Fall for Spring Cheer

Previous post Cozy Up Your Outdoor Spaces for Fall