The Majesty of Highgrove Gardens

The overwhelming experience of Highgrove exudes a sense that its inhabitants cherish every nook and cranny on the property. Elegantly set in Gloucestershire’s gentle landscape, where stone villages were once home to a thriving wool trade, the 340-acre estate featuring 15 acres of gardens generously welcomes visitors. Explaining his love affair with the house in a short film that precedes every guided tour, Prince Charles describes the circumstances of his acquisition of a rather dilapidated property in 1980.

“I felt passionate about it,” he said of the 18th-century house and sweeping grounds. “I felt I could work with nature, not against her, and make as little impact on the environment as possible. They say gardening is reflective of a person’s soul, and that is a wonderful way to think about it.”

Landscape architect and historian John Phibbs, MBE, commented that in retrospect, the condition of the estate was actually advantageous to the prince’s ambitious horticultural intent. “Because it had been neglected for so many years and was a blank canvas with virtually no garden or trees, it created a wonderful opportunity for Prince Charles to give expression to his longing to create a garden completely personal to his own tastes and release his particular talents in this way.”

As lucky visitors soon learn, during a subsequent guide-escorted ramble around the property, Highgrove’s delights evolve in a seemingly endless series of enchanting and often surprising vignettes that unravel like a beautiful ribbon through gates, along streams, and beneath canopies of mighty trees. After entering the first pair of carved Indian door panels that were a gift from his brother-in-law, Mark Shand, many guests confess to feeling an overwhelming sense of anticipation that borders on giddiness for what is to come.

Among the subsequent surprises, the Thyme Walk offers visual and sensory experiences that radiate from the fragrant crunch of thyme underfoot to the eccentric and curious shapes of the manicured golden yews and block-like pleached hornbeams that line the path.

Learn all about hornbeam trees.

In contrast, the Kitchen Garden is a charming, contained space, where old walls are covered in espaliered fruit trees; seasonal flowers create pops of color; and heavily scented blooms perfume the air. Bisected by a metal tunnel that supports apple trees, this space is a fairyland of pink blossoms in spring, while yielding bounteous harvests of produce and vegetables in the fall. Beyond, the four-acre Wildflower Meadow is a veritable haze of bobbing heads and swaying grasses, while the famous Stumpery imitates the Victorian practice of planting ferns and shade plants in and among petrified tree stumps.

Elsewhere, the Cottage Garden, Arboretum, amusing topiaries, and collection of hostas are inspiring in their own ways. Brightly painted garden gates lead to other special pausing places, including an area where the prince has installed a wall sculpture of his grandmother, the late Queen Mother, whom he adored. And in a secluded, dappled spot tucked under the limb of a gigantic tree, there is a wooden likeness of Charles and Camilla.

If it is apparent that Prince Charles has poured heart and soul into transforming the property into his own special sanctuary, it comes off as a lighthearted and joyous frolic with Mother Nature. The purely organic and self-sustaining spot that beckons insects and birds to come and stay has now become their paradise.

As for visitors, it’s a sure bet that most will plan to return, compelled to see the shimmer and shine of this magical place in every season.

May and June 2020 tours have been canceled. Visit highgrovegardens.com for more information. 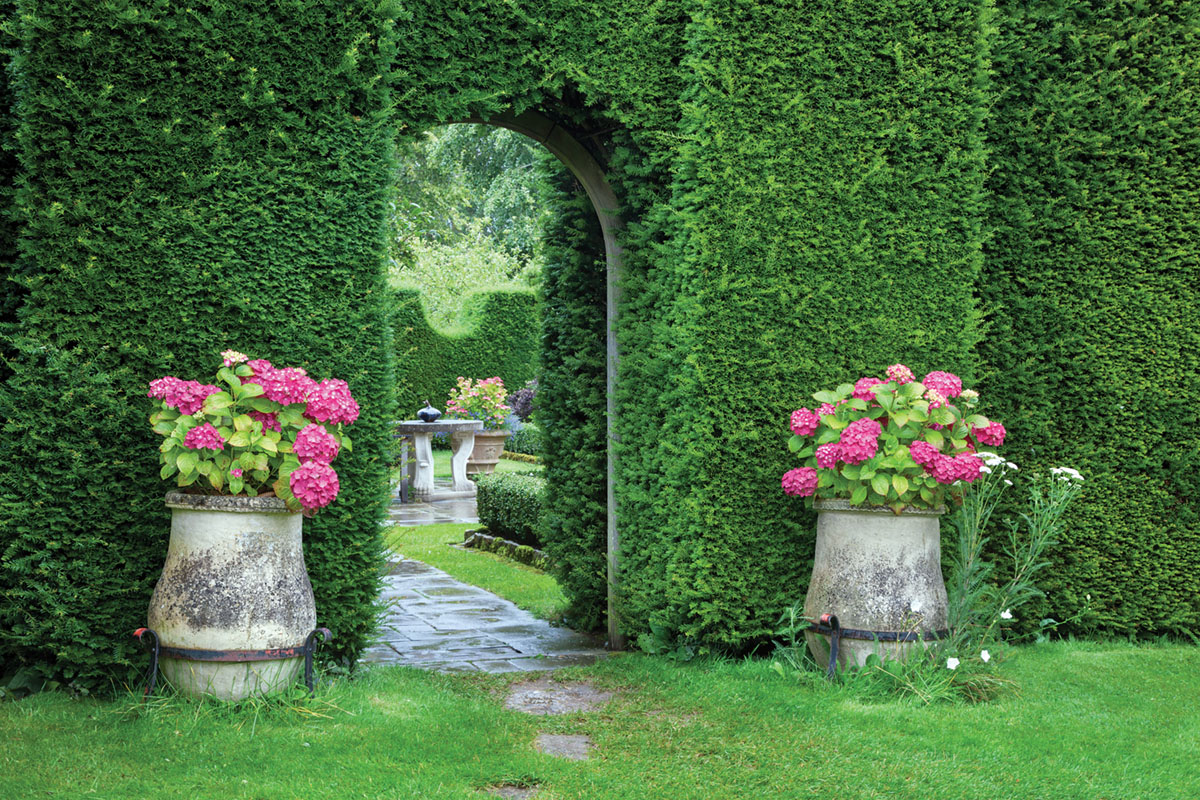 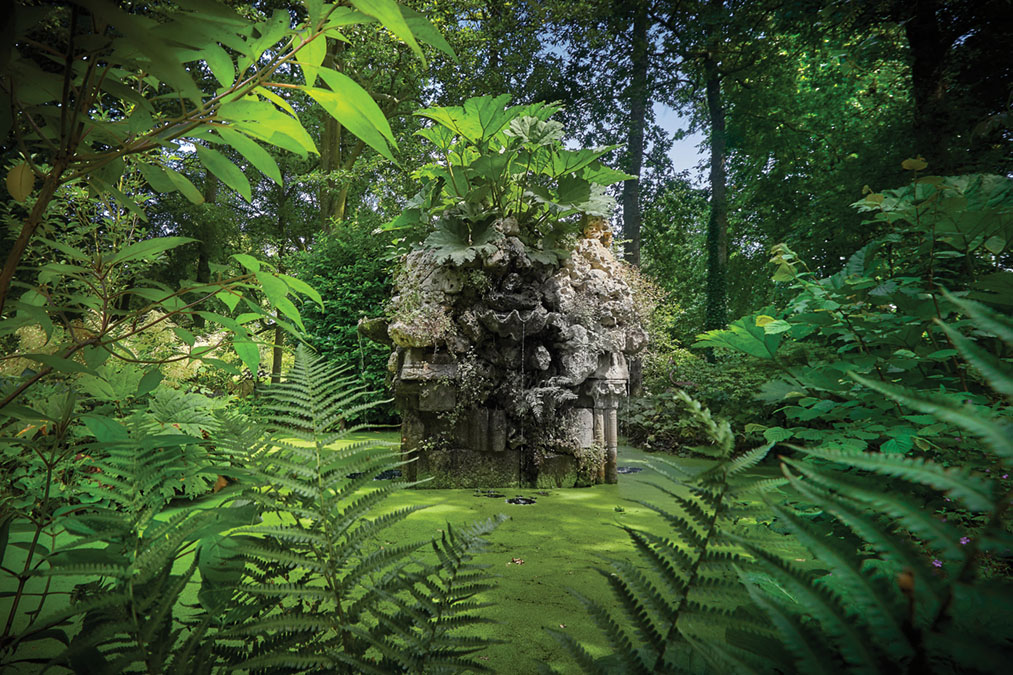 The Stumpery is a mysterious, other-worldly enclave of ferns, hostas, and other shade plants. (GAP Photos/Highgrove/Robert Smith) 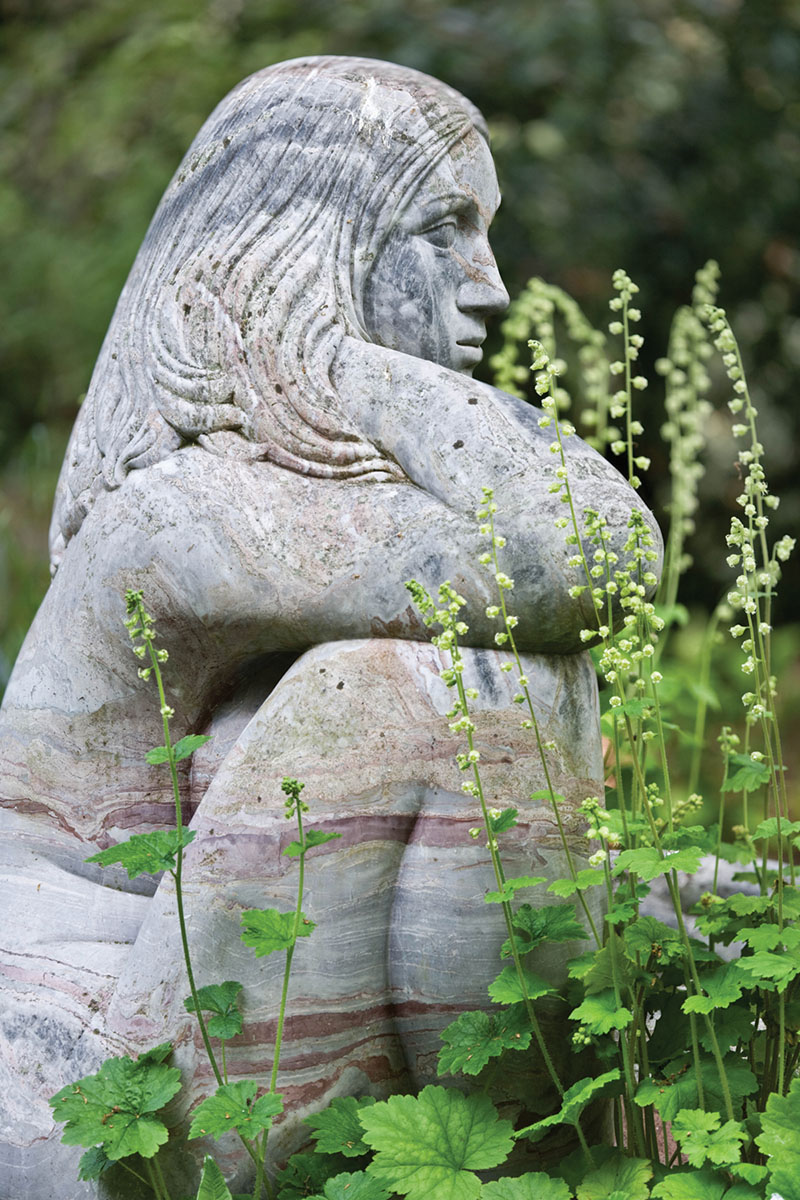 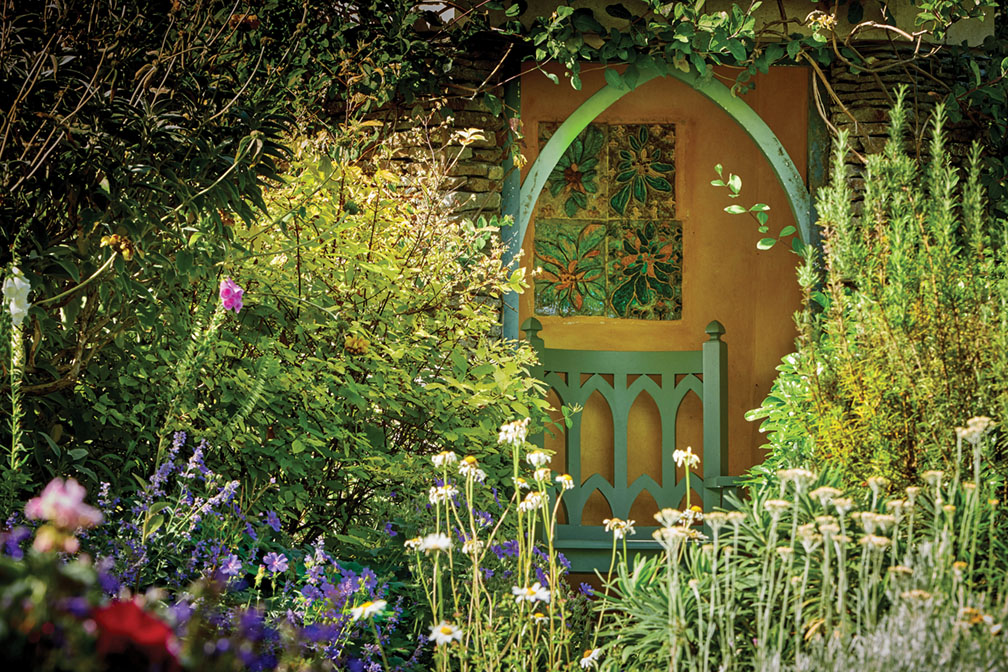 The painted green arch and chair distinguish the entrance to the small "pepper pot" stone structure where His Royal Highness can write in total privacy. (Photos by GAP Photos /Highgrove/Robert Smith) 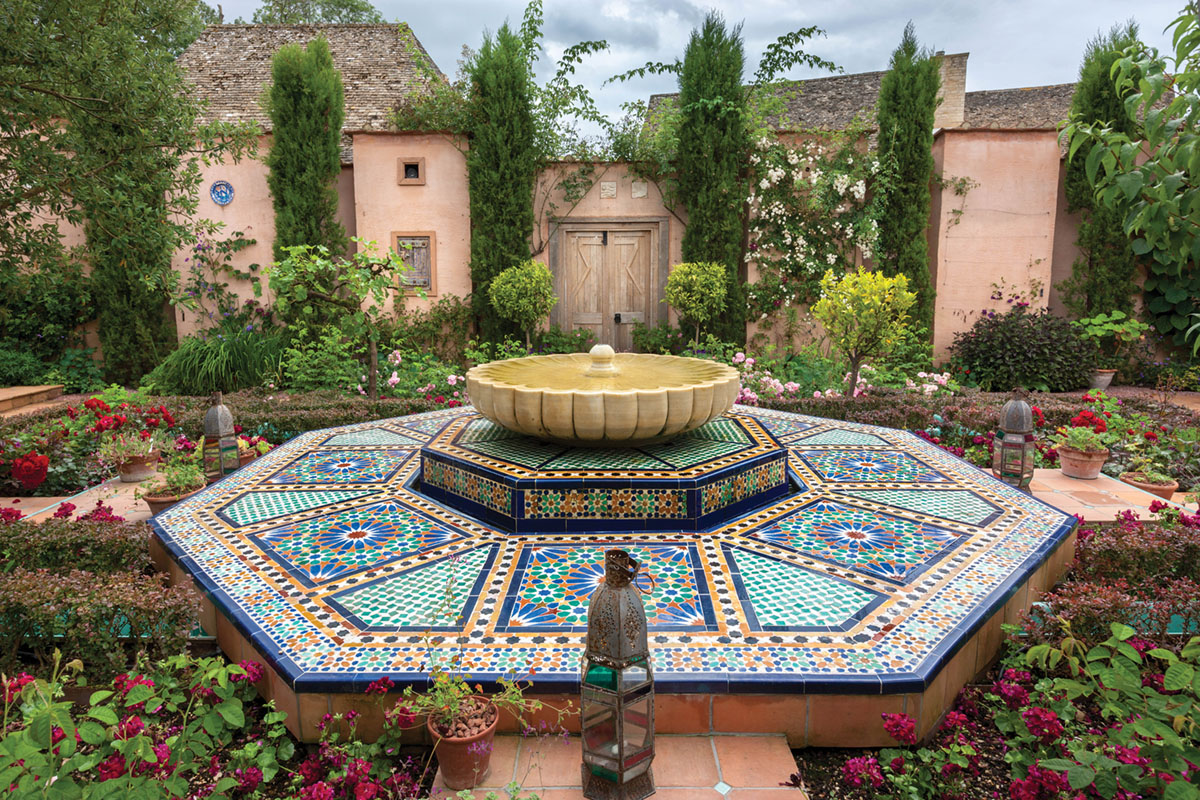 The Moroccan-themed Carpet Garden is a tile-festooned extravaganza for which Prince Charles received the coveted Silver-Gilt Medal at the 2001 RHS Chelsea Flower Show. (GAP Photos/Highgrove/A. Butler) 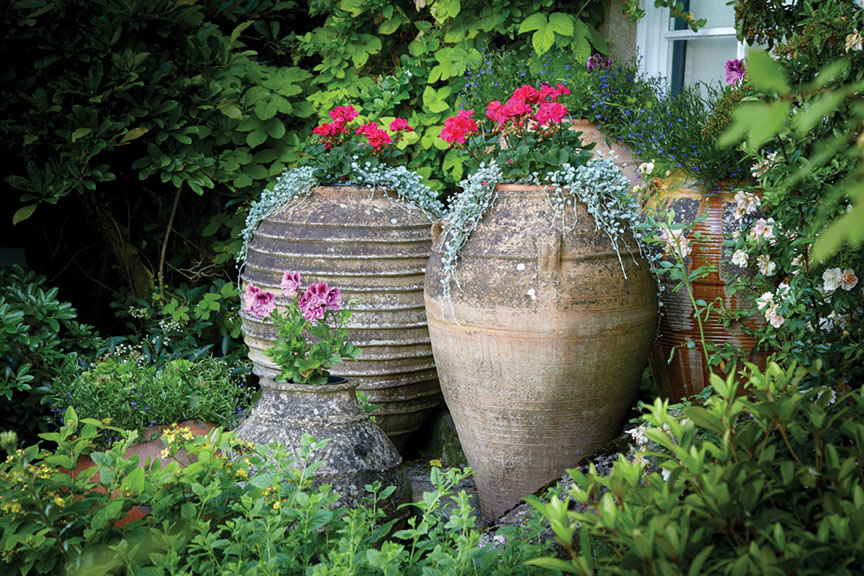 Oversize Italian urns are placed liberally around the property, adding dollops of color to the greenery. (GAP Photos/Highgrove/Robert Smith) 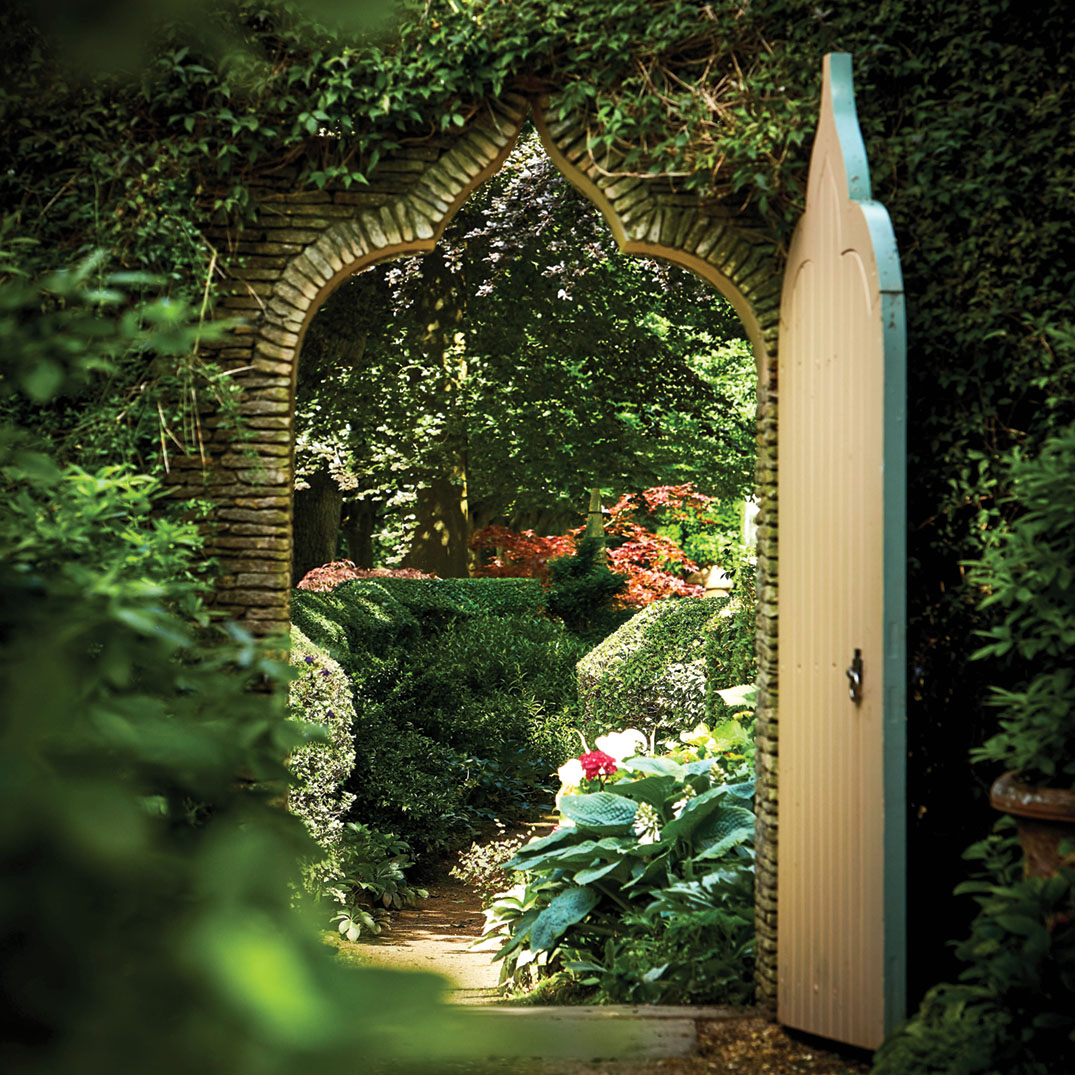 A lush clematis overhangs the entrance to the serene Azalea Walk, inspired by a visit to Villa Gamberaia in Tuscany. Cohesive and bold, this garden showcases gold, pink, and yellow highly scented varieties. (Photos by GAP Photos /Highgrove/Robert Smith) 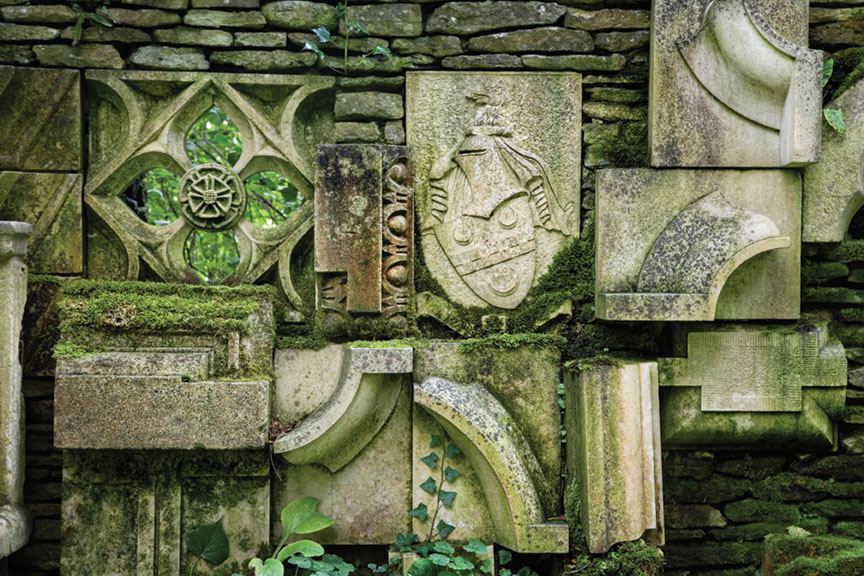 The Wall of Gifts is a cleverly assembled display of carved stone gifts to Prince Charles mostly from students. (GAP Photos/Highgrove/A. Butler) 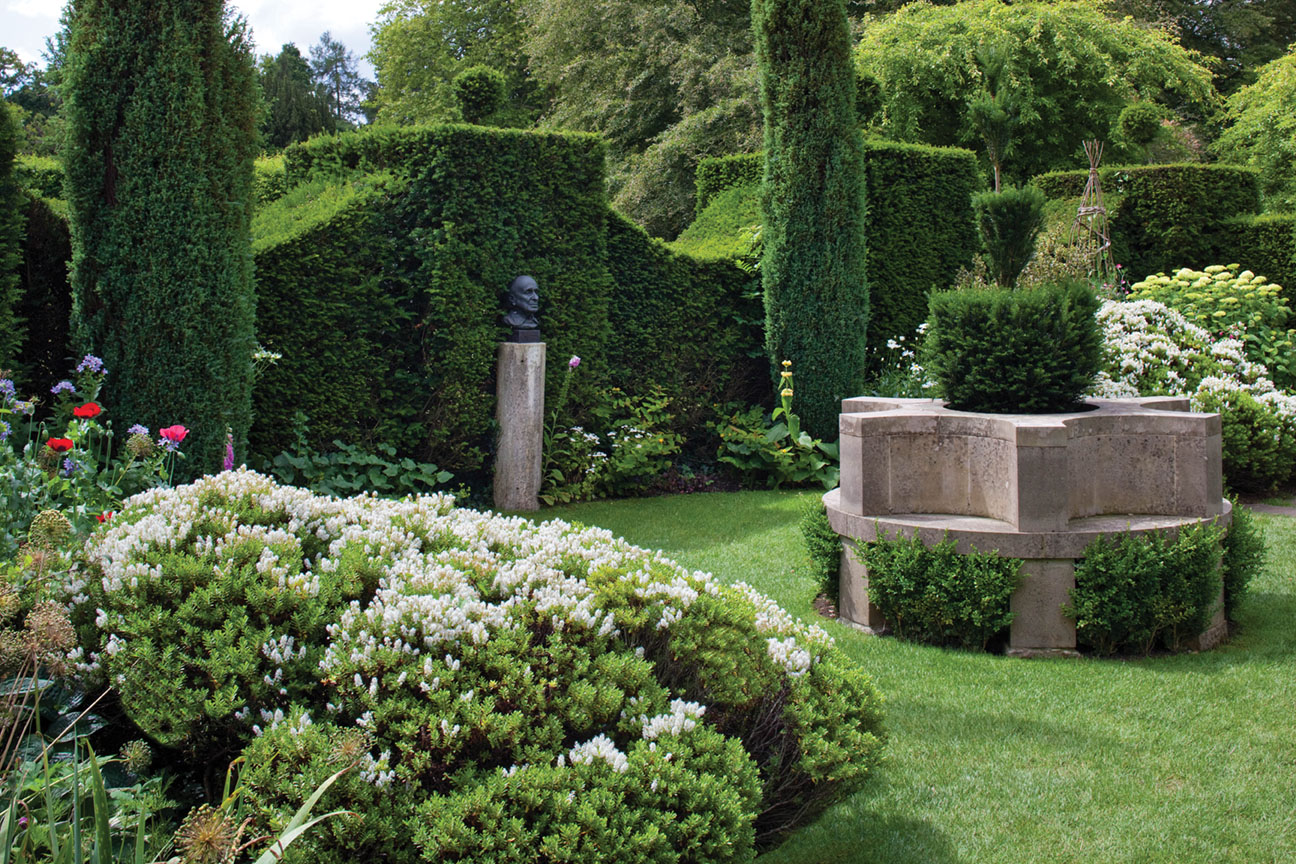 The spectacular yew hedge around the Sundial Garden is cut between August and November to look crisp in winter. The strong shapes of balls, alcoves, piers, swoops, and swags add memorable definition to this garden. (Photo by GAP Photos/Highgrove/A. Lawson) 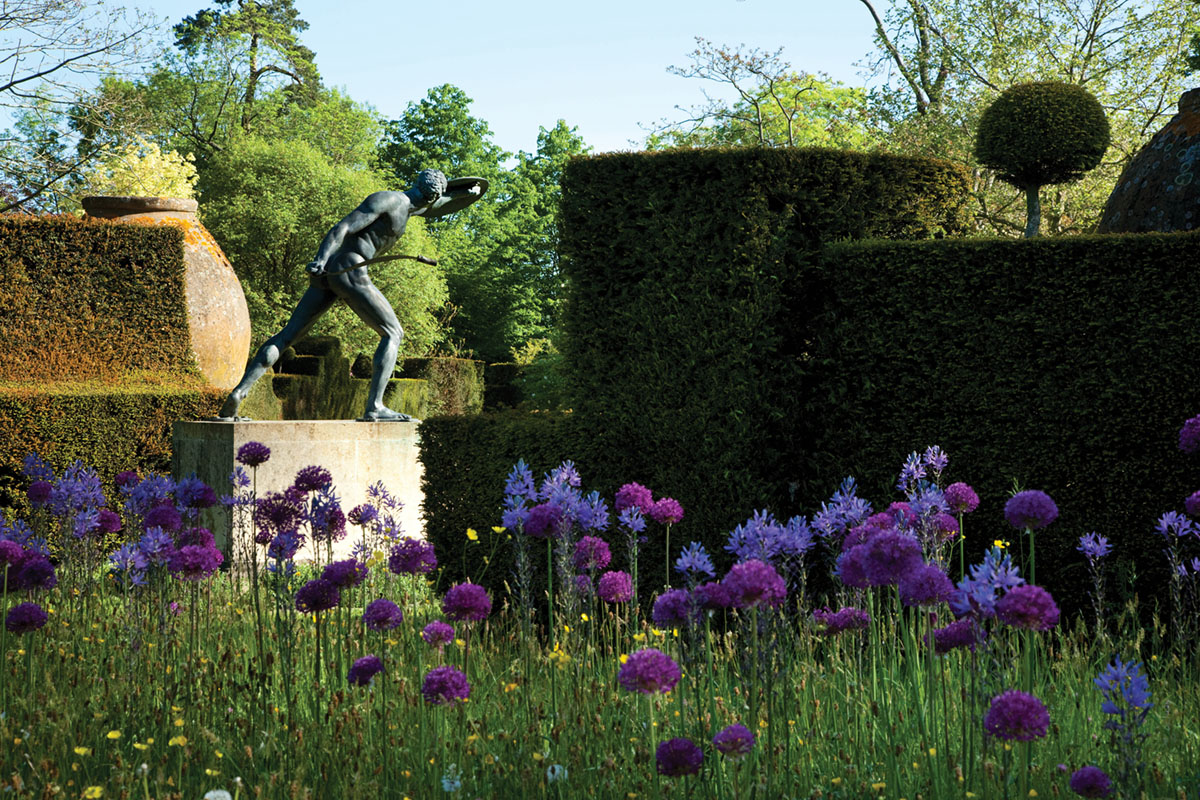 A life-size bronze copy of The Gladiator dominates a corner of the Lily Pool Garden. (Photos by GAP Photos/Highgrove/A. Lawson)

The Cotswolds district in West Central England is blessed with an embarrassment of riches, including perfectly preserved stone villages that literally stop you in your tracks. See more.

Olmsted's Legacy of the Land
The Gardens of Versailles: Flower and Might
The Lush Life with Fernando Wong
Charismatic, Colorful Outdoor Furniture
Terri Robertson / About Author
More posts by Terri Robertson