The legacy of 18th-century landscape architect Capability Brown lives on in the English countryside, where pastoral parklands and great estates are an enduring reflection of his masterful touch 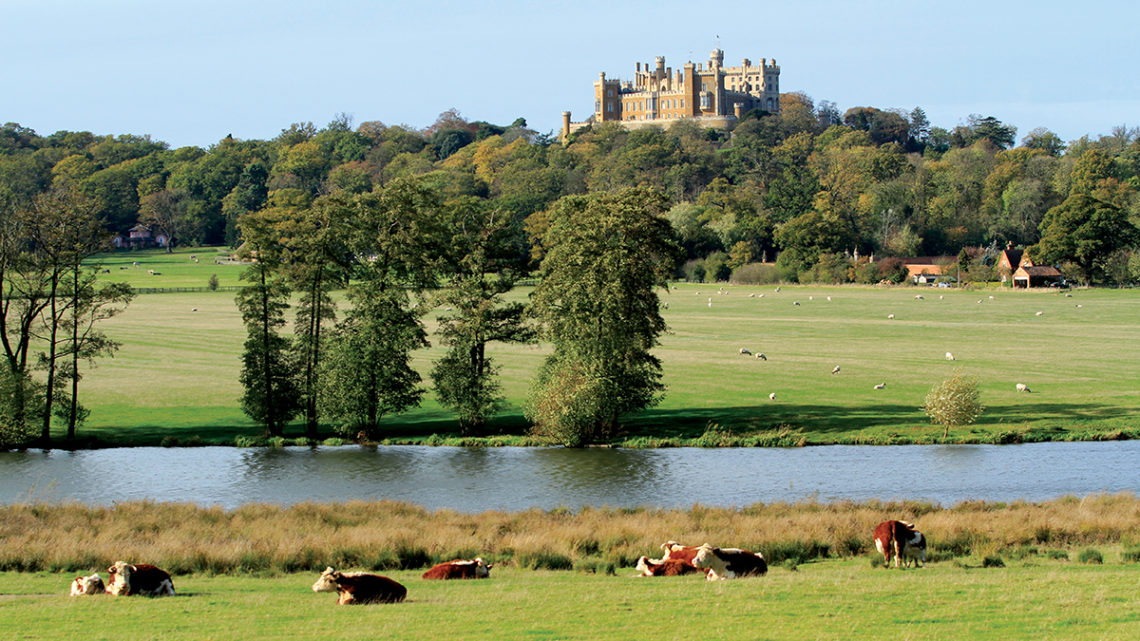 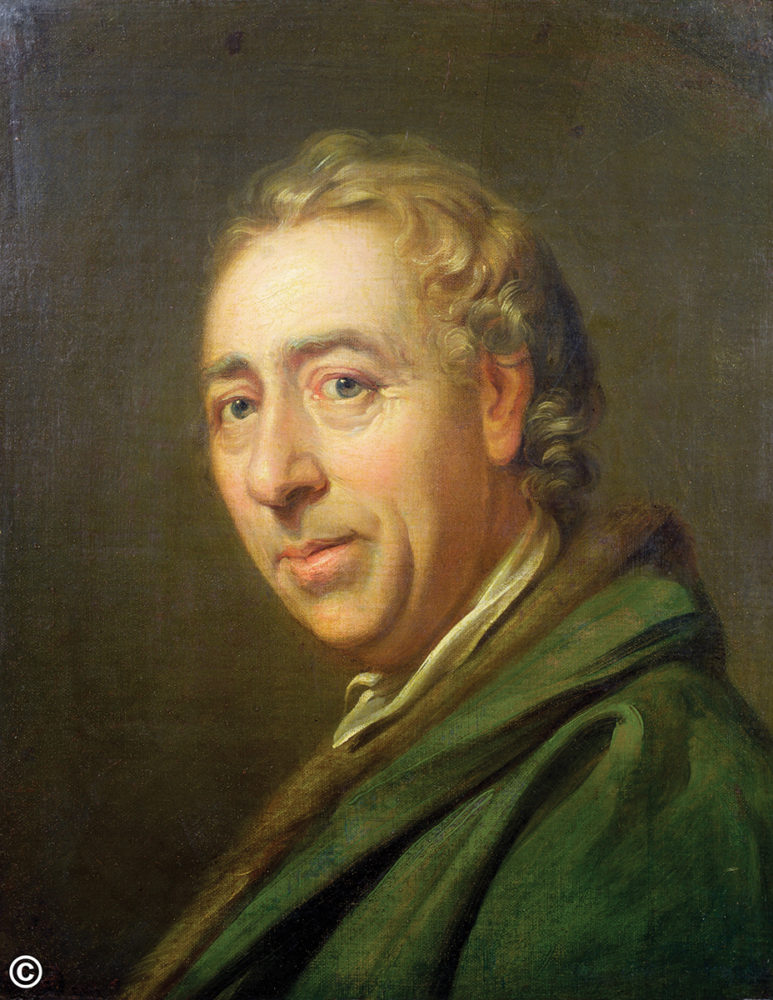 If dreamlike vistas of grass and woodlands mirrored in glassy lakes fit your established definition of a natural, untouched English landscape, you might be surprised to discover that hundreds of these sweeping tableaux were actually contrived by one man—the iconic visionary Lancelot “Capability” Brown, whose 300th anniversary is being celebrated in every corner of England this year.

Brown’s designs boasted utmost simplicity balanced on three important components: gently rolling ground that could evoke the ideal of an immense landscape; extensive watercourses often reworked into graceful artificial lakes; and artful arrangements of trees, filled with swooning willows, dark cedars of Lebanon, towering beeches, and, above all, English oaks. The groupings within dense woodlands were like green belts that offered tempting views through them at panoramic points, cleverly highlighted by contrasting greens and degrees of shade. His satisfaction was realized when these meticulously planted vistas were pronounced “utterly natural and untouched by man.”

Often referred to as England’s greatest gardener,  Brown was born in the Northumberland village of Kirkharle in 1716. His youth coincided with boom times in England, when enormous wealth and changing tastes propelled landowners to transform their estates from fussy manicured layouts into  pastoral parklands and pleasure grounds.

In the midst of this countrywide phenomenon, Brown left school at the age of 14 to become a gardener at Kirkharle Hall. Later, he worked in the kitchen garden at Stowe, in Buckinghamshire, under the tutelage of revered designer William Kent. There he assisted his mentor on the transformation of Stowe’s baroque park into one of the first English landscape gardens, and wholeheartedly embraced that particular gauzy, romantic vernacular. 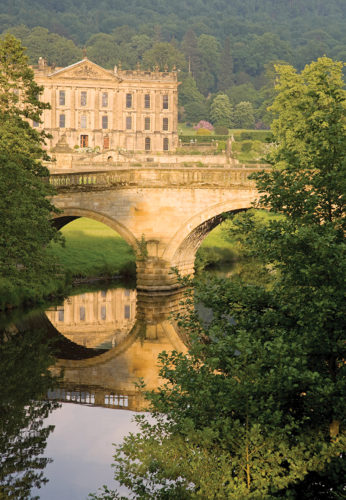 Many of his landscapes still exist today, including this one at Chatsworth, where he removed formal terraces and fountains and altered the course of the river. | Eric Murphy/Alamy

During the early years of this evolution, Brown’s hands-on apprenticeships broadened his exposure and taught him important skills, including surveying, hydraulic engineering, draftsmanship, and architecture, which he gobbled up like a sumptuous meal. Soon, he was sought-after for his own talents, and was designing manor houses, garden buildings, and sylvan parks. He referred to his profession as “place-making,” and defined himself as an improver who  made alterations to the land. The success should “supply all the elegance and all the comforts which Mankind wants in the Country and (I will add) if right, be exactly fit for the owner, the Poet and the Painter,” Brown once wrote.

Landscape consultant, scholar, and editor of thebrownadvisor.com, John Phibbs says, “Brown was stunningly gifted and had a complete grasp of the physical, visual landscape. His straightforward principles seemed devoid of complicated philosophy. Like Kent, he created schemes that conformed to the aesthetics of landscape paintings, and tucked flower gardens within enclosed walls so they wouldn’t get lost in the vast spaces.” As an improver, he corrected nature’s mistakes and eradicated or camouflaged its blemishes. To accomplish this, he literally moved mountains of earth as well as entire villages and roads, and smoothed out awkward or abrupt accidents of nature, patiently urging and massaging them into flawless visions of beauty. “You might say his best work was indistinguishable from nature,” says Phibbs.

While Brown’s detractors deemed his designs and methods too radical, he was unabashedly confident and practical, and for almost 30 years had no serious rivals. “England’s great estate–building prosperity in the second half  of the 18th century allowed him to leave an indelible imprint on the man-made landscapes, which translated into more than a half-million acres across England and Wales,” says Phibbs. “Unlike his predecessors, he was so keenly aware of the characteristics of every site, that he frequently referred to its unique capabilities. Thus, his nickname stemmed from assurances to clients that their property had the ‘capability’ of becoming more beautiful after his revisions.”

The oft-quoted tale about turning down  a commission from the Duke of Leinster in Ireland, because “I have not quite finished with England yet,” is amusing, as Brown worked on or improved upon more than 252 estates. These included Blenheim Palace, Chatsworth House, and a string of well-known names including Highclere (the real-life setting for Downton Abbey). “Today, there are still around 200 of his landscapes worth seeing, and millions of people visit the 140 that are at least occasionally open,” says Phibbs. Among them are sites on which Brown advised (but it is not known precisely how much advice was taken), as well as proven commissions where his advice was executed. Within them all, Phibbs argues that “no landscape attributed to Brown needs to be excluded.” 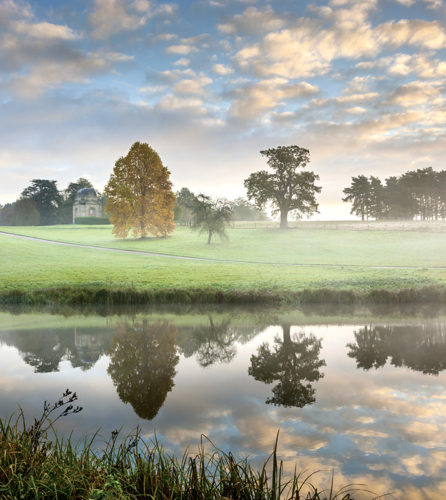 Present-day views of the Stowe House estate in Buckinghamshire show where Brown assisted his mentor William Kent on the dramatic transformation of its baroque park into one of the first English landscape gardens. | Ulton Archive/Getty Images

After Brown’s death in 1783, his successors such as Uvedale Price and Humphry Repton deviated from his philosophy. Thereafter, voguish, short-lived schemes flaunted various styles including picturesque, romantic, eclectic, Victorian, and formal. But three centuries later, Brown’s legacy and cachet endures, flourishing at England’s legendary estates, and most recently causing a stir at Belvoir (pronounced “beaver”) castle, in Leicestershire.

Home of the 11th Duke and Duchess of  Rutland, the Belvoir estate has catapulted into the limelight of Brownian festivities because of a happy quirk of fate. “Within Belvoir’s persistent mysteries was the rumor that Brown had drawn up plans to revise the castle and landscape, but we never could prove it,” says the duchess. “Then after a eureka moment when the original plans were discovered in the tower’s dusty archives a few years ago, everything changed. I can still remember the chills running down my spine when we saw the drawings we now call ‘The Lost Plans for the Lost Garden,’ as they confirm Brown’s 1780 commission by the fourth duke. It seems that only a small portion of the scheme was carried out before the plans vanished for 228 years.”

Now, a 10-year plan prepared by Phibbs, based on Brown’s vision, is in full swing. Thousands of trees have been planted, and three new lakes create more than a mile and a half of water. “We will be opening other areas of walks and vistas that Brown had planned,” says the duchess, “and the 300th anniversary is the perfect time to show them off for the first time.” Today, one can just imagine Brown happily strolling across his favorite landscapes throughout the English countryside, then pausing at Belvoir to survey the emerging one he first envisioned 236 years ago. 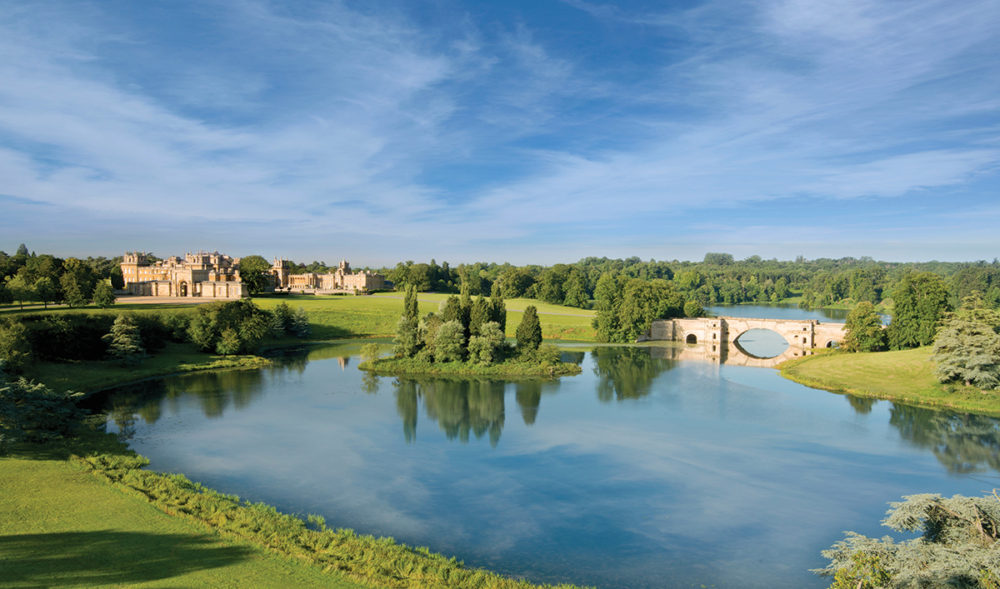 The ancestral home of the Dukes of Marlborough and the birthplace of Winston Churchill, Blenheim Palace boasts a bucolic, 2,000-acre Brown landscape, which Lord Randolph Churchill called the “ nest view in England.” | Photo Courtesy VisitEngland and Blenheim Palace

Around 200 landscapes he created still flourish throughout England, including the following locations. For more information, visit capabilitybrown.org.