Charlotte Moss travels to the English countryside and experiences firsthand the houses, gardens, and inimitable style of one of her design icons, Nancy Lancaster 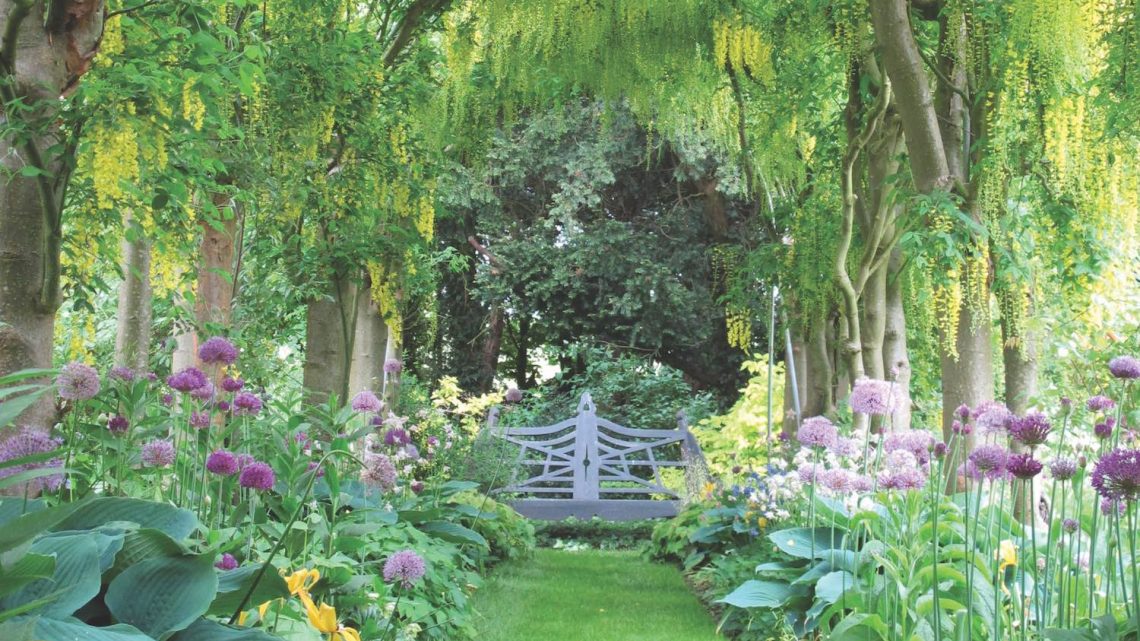 When you love something with a passion, the natural thing to do is to learn all you can—immerse yourself in it. Over 30 years ago, prior to leaving Wall Street to start my decorating business, I had begun to do research on the industry’s greats. Who were the people that designers referred to as the influencers? Whose legacy of great style proved to be the catalyst for subsequent careers? Nancy Lancaster, the pioneering 20th-century tastemaker, co-owner of Colefax & Fowler, and collector of some of England’s most beautiful country houses and gardens was at the top of my list. Why? Because Nancy had something elusive, that “hard-to-pin-down but instantly recognizable gift of style,” as the Duchess of Devonshire once said. 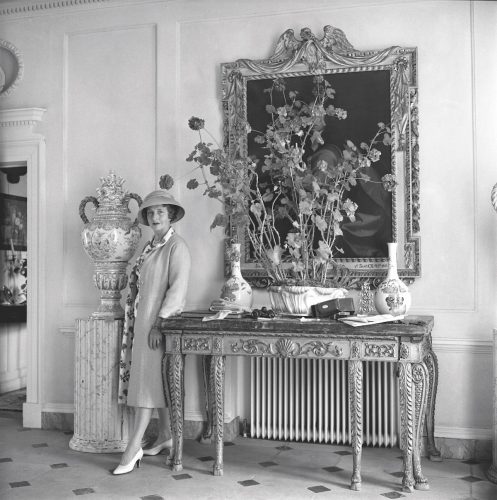 As a self-described “percolator of ideas” (but not a decorator), and a fellow native Virginian, Nancy was endowed with wit, style, and the instinct to make houses comfortable and to put people at ease. A Southerner to the core, it was this blend of qualities that made her the great decorator she professed not to be, as well as one of England’s great hostesses.

The closest thing to having a conversation with Nancy, besides a séance perhaps, is Robert Becker’s book, Nancy Lancaster: Her Life, Her World, Her Art (Knopf, 1996). Written mostly from recordings made during visits to the Coach House at Haseley Court, the last house to have her deft touch, it would be required reading if “Nancy 101” was an official academic course. Her pronouncements left me laughing, exhilarated, and enlightened. What I knew before I read the book was that Nancy was addicted to houses; in fact, she preferred houses to people. But her reminiscences were woven with descriptions of rooms, what they looked like, how they felt, and what made them comfortable and as hospitable as a favored slipcovered easy chair.

However, even after many years of decorating, reading, writing, and giving talks that included my admiration for Nancy, there was still something missing. There can be no substitute for standing in a room or peeking beyond a garden gate, memorizing every last detail, and “feeling the personality” of it, as Nancy said. The smell of beeswax on furniture, the textures of old leather, bouclés, and cut velvets, the whiff of an antique rose are key to the imagining of life well-lived there. I was long overdue to experience Nancy’s world in person.

Built in the year 1722 by architect James Gibbs, Ditchley was purchased by Lancaster and then-husband Ronald Tree in 1933. She set about restoring its rooms and making them both beautiful and comfortable. As the Duchess of Devonshire once wrote, “In my long and spoilt life, I have been to many beautiful places and met many fascinating people, but I have never seen the like of Ditchley and Nancy.”

An urn of flowers welcomes in the saloon at Ditchley.

The Great Temple or Rotunda at Ditchley Park, designed by Stiff Leadbetter

Initially Lancaster felt that the grandeur of Ditchley was heavy and unlivable, but she worked to infuse it with comfort while respecting the past. At the end of Charlotte Moss’s stay, a bagpiper bids a fond farewell.

My first tour of Ditchley Park in Oxfordshire inspired me to return again last spring to visit the holy trinity of Nancy’s houses. Using Ditchley as home base, I also explored Kelmarsh Hall and Haseley Court—places where “studied carelessness” expressed itself in pure the-South-meets-the-English-countryside style.

It was in 1933 that Nancy saw Ditchley for the very first time. She was lured by the vast landscape, and once inside, it was as if “everything we saw … gave us the impression of a Sleeping Beauty waiting to be called back to life.” Initially, Nancy felt the scale of the house was heavy and wasn’t “quite so livable.” In order to overcome this obstacle, Paul Phipps helped with the architecture, and Lady Colefax, Syrie Maugham, and Stéphane Boudin had a hand in the interior design, but the atmosphere was all Nancy. Cecil Beaton proclaimed that she had a “talent for sprucing up … and making a grand house less grand.”

Making Ditchley my home away from home allowed me to soak in the grandeur and charm of the house, and to feel the palpable passion of the artist that created it. What could possibly replicate the magical experience of hearing Ian, the amiable butler, proudly announce dinner with a smile and the bang of a gong before we made our way down the hall to the saloon? Or the discovery of the evening light streaming through French doors across a timeworn marble floor as we sat down to tables aglow in candlelight and the sparkle of polished silver, with flowers that mirrored the pale smoked-salmon color of the room?

Visitors to Kelmarsh pass underneath a large topiary in the walled garden.

Lancaster’s first project with her husband, Ronald Tree, was the repair of Kelmarsh Hall in Northamptonshire, which was said to be her favorite house. Designed by James Gibbs, it is a perfect example of English Palladian style. Kelmarsh had the grandeur, formality, and symmetry that Tree loved, whereas its run-down condition teased Lancaster with its possibilities.

A detail of the 18th-century, handpainted Chinese wallpaper that Nancy Lancaster installed at Kelmarsh

Kelmarsh’s garden includes both formal and informal moments, such as an urn overgrowing with ivy.

My journey continued with excursions to Kelmarsh in Northamptonshire, which was said to be Nancy’s favorite house because it reminded her of her upbringing in Virginia, and Nancy’s last residence, Haseley Court, which remains in loving, private hands and continues to evolve, as houses do. Nancy’s hand is very much evident in the garden, as her advice of always including both formal and informal elements continues to guide the current owners. I found that Haseley’s garden, like all of Nancy’s houses, with its rooms, furnishings, and vistas, had an atmosphere of invitation at every turn. Nancy was surely the absent presence.

British designer David Hicks once called Lancaster “the most influential English gardener since Gertrude Jekyll.” At Haseley Court, she planted an allée of laburnum that still enchants today.

Haseley Court was in a state of disrepair when Lancaster purchased the property in the 1950s. But the topiary chess garden—planted in 1850 and one of the most iconic gardens in England— remained mostly in shape.

Nancy firmly believed in understanding the minutiae of life. Her decorating essentials of fresh flowers, a fire, and candlelight spoke to me early on in my career. And her voice still rings loud and clear: atmosphere is the goal of decoration, indoors and out. She described her decorating as a “salad,” a mix of haute and humble. For years, this is what I have strived for in my own work, with her words echoing in my head. She had the unique ability to relax interiors, and that’s the American spirit she infused in English decoration. If there’s one thing I’ve learned from wandering her houses and gardens, it’s that finding your style is like finding yourself. It comes from confidence, and Nancy had that in spades.

Story and Photography by Charlotte Moss

Previous post Jane Packer Is at Home with Flowers