Mississippi-born textile designer Lisa Fine discusses her new book, designs she loves, and how her decades of travel have influenced her aesthetic 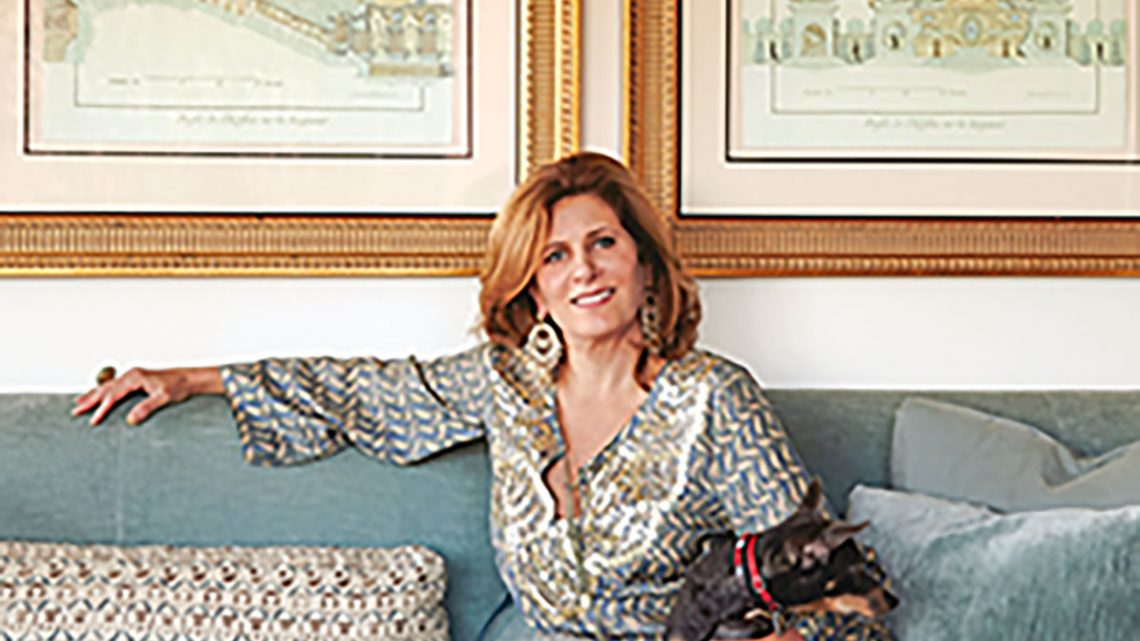 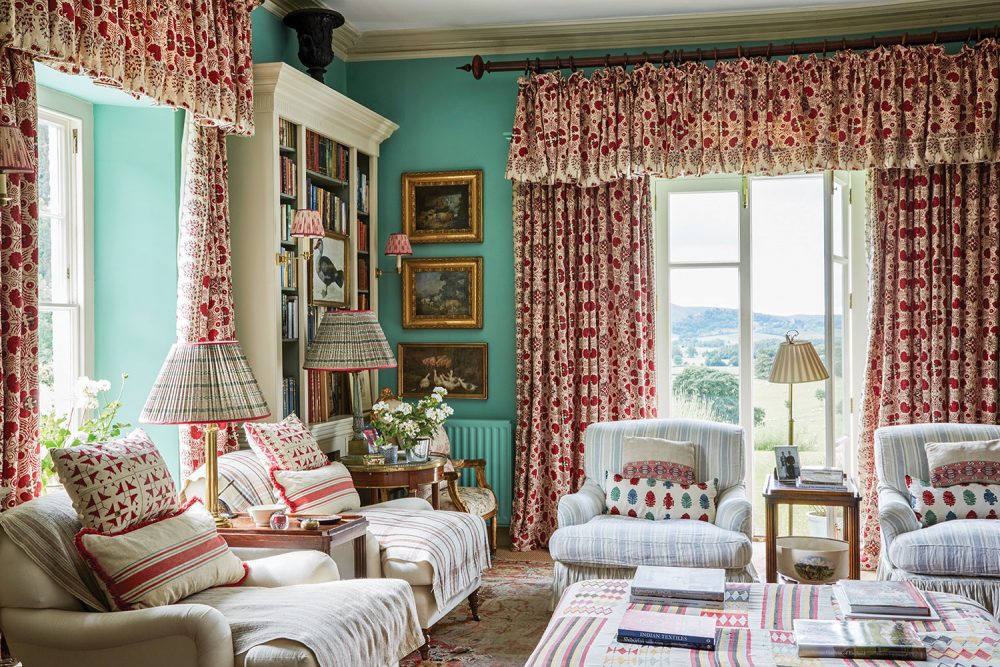 In a country estate in Wales, featured in Lisa Fine’s new book, the library’s vibrant color and pattern open up to parklike grounds.

Flower: Congratulations on the book, Near and Far (Vendome, 2019), a beautiful collection of your own homes in New York, Paris, and Dallas as well as homes around the world from which you’ve drawn inspiration. Tell us about your approach.

Lisa Fine: When I decided to write a book, I didn’t quite know the direction it would take, but I knew it couldn’t just be about my fabrics and me. I thought, I’ve seen so many different houses from all over the world. I’m drawn to those houses that bring in traditional, old-fashioned decorating with the exotic and they work together. I tried to think of interiors that grabbed me and that I couldn’t get out of my mind. Every time I went into these houses, I said, “This is the best house I’ve ever seen in my life.” Each one has a really interesting way of putting unexpected things together, yet everything feels perfect. 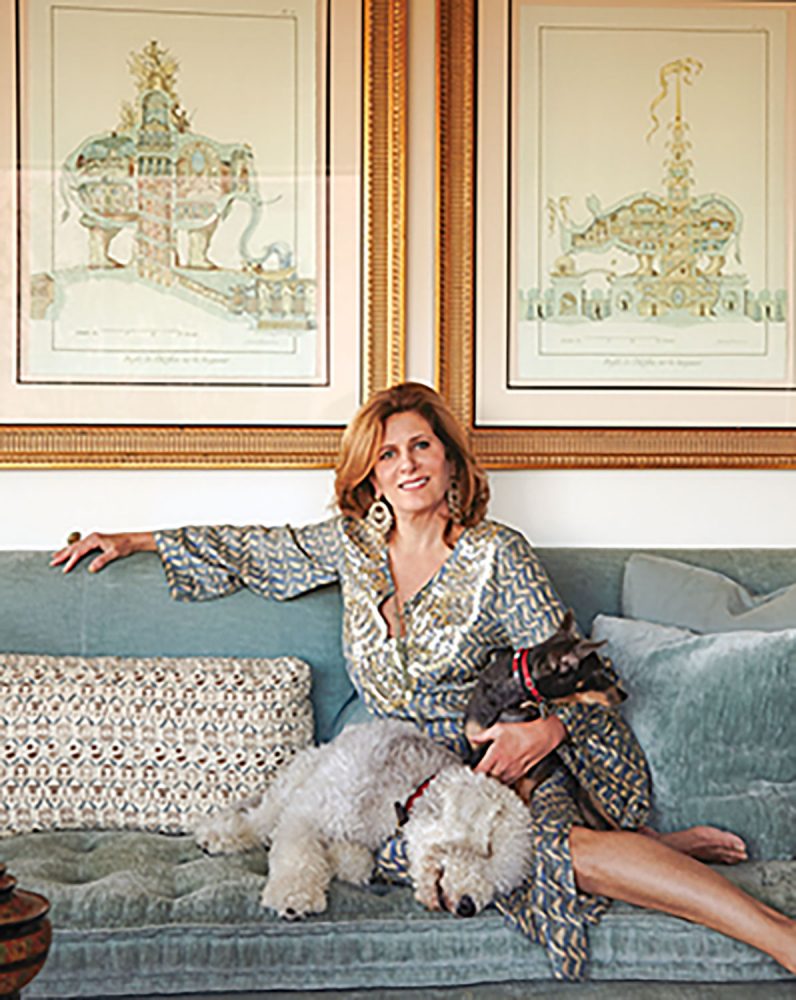 The designer at home with her beloved dogs. 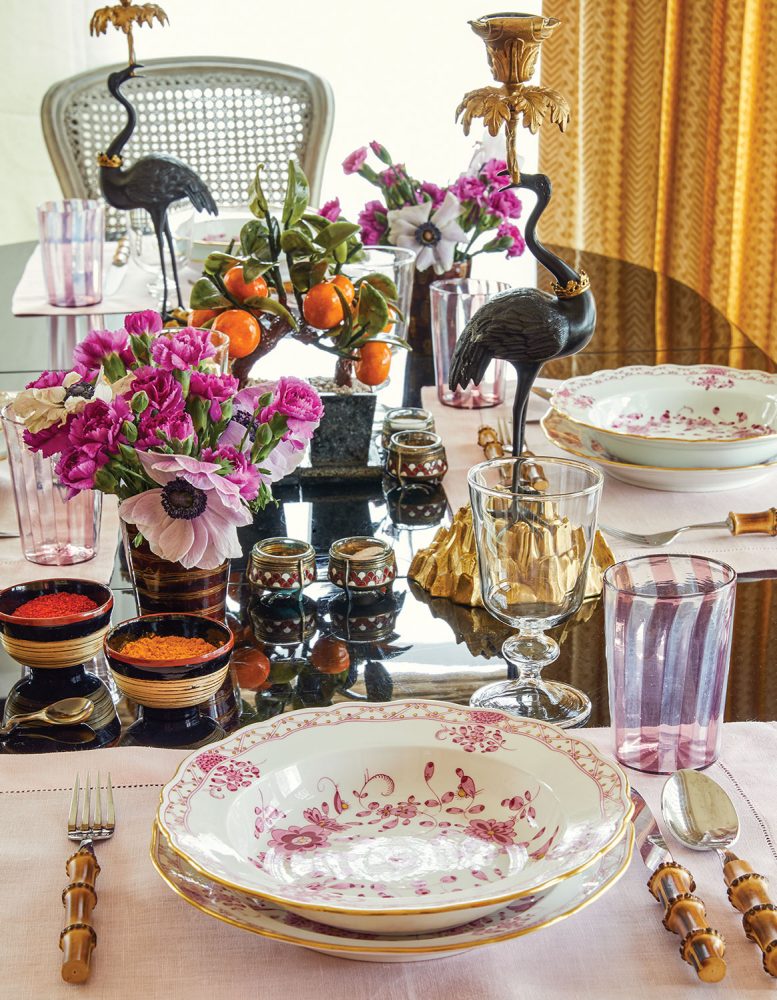 In Fine’s New York apartment, a table is set with treasures from her decades of travel.

You’re known for your textiles, which have an exotic, old-world sensibility. Tell us where that comes from.

Lisa Fine: When I was living in New York, I made a lot of English friends. The English have a long history with India, as you know, and through those friendships, I was introduced to Indian textiles, prints, and embroideries. I took my first trip to India over 20 years ago, and it was a revelation. After that I traveled all over the Silk Road—China, Turkey, the Middle East—and realized how interrelated those places are. 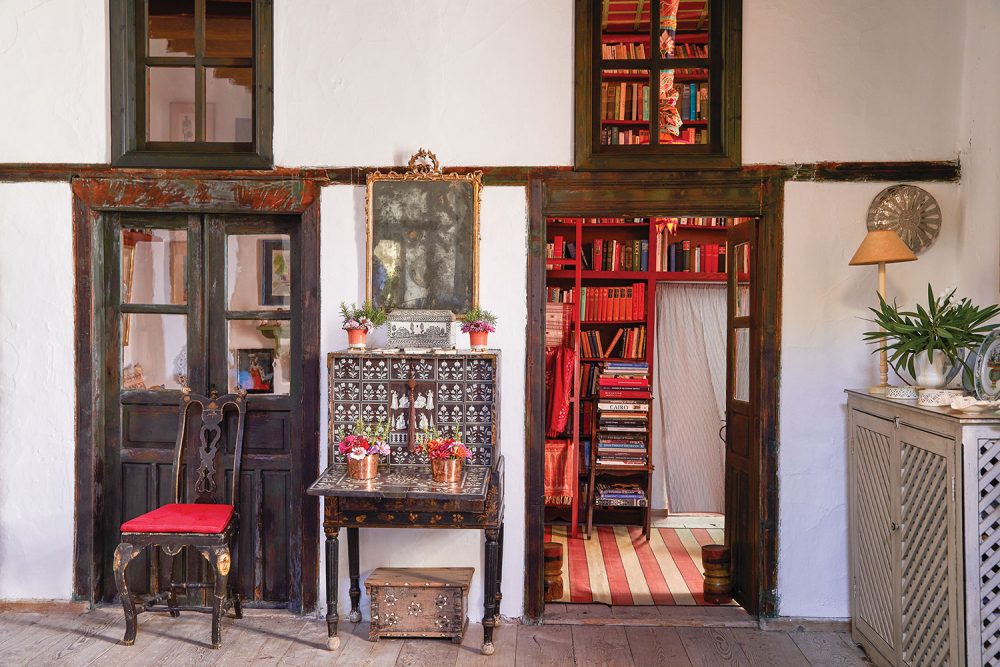 A view from the home of interior designer John Stefanidis in Patmos, Greece.

What resonates so strongly with you about Indian designs?

Lisa Fine: What drew me in initially were the colors—the richness of the colors and the combinations. The second thing was the florals. In Indian design, the flowers are so delicate and feminine, but they aren’t particularly sweet. They’re romantic but bold. That was a quality I’d never seen before.

But you also love chintz, which is something that surprised me.

Lisa Fine: My friend Richard Keith Langham introduced me to a chintz with a charcoal background and cabbage roses years ago, and I’ve loved it ever since. The interesting thing that people don’t realize is that the 18th-century chintzes that have been loved and adored and that most people connect to England were originally made in India and imported to Europe. Then places like Manchester, England, started reproducing them. A lot of things we attribute to Europe really started in the Persian Empire. 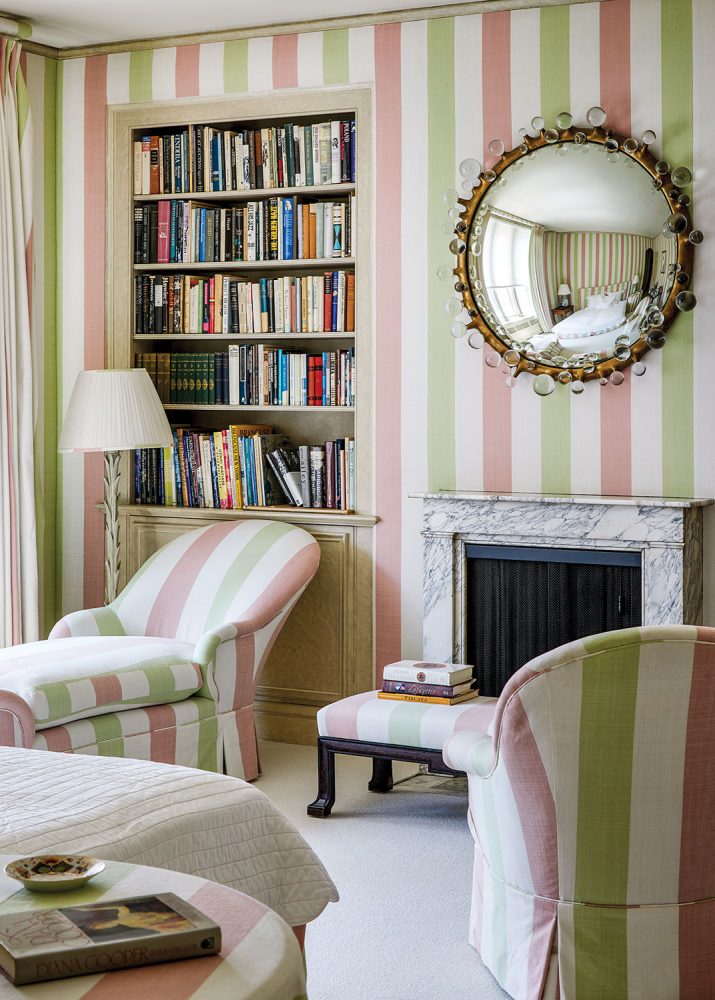 In the late Lee Radziwill’s bedroom, a soft-pink and green canopy stripe covers the walls and furniture. 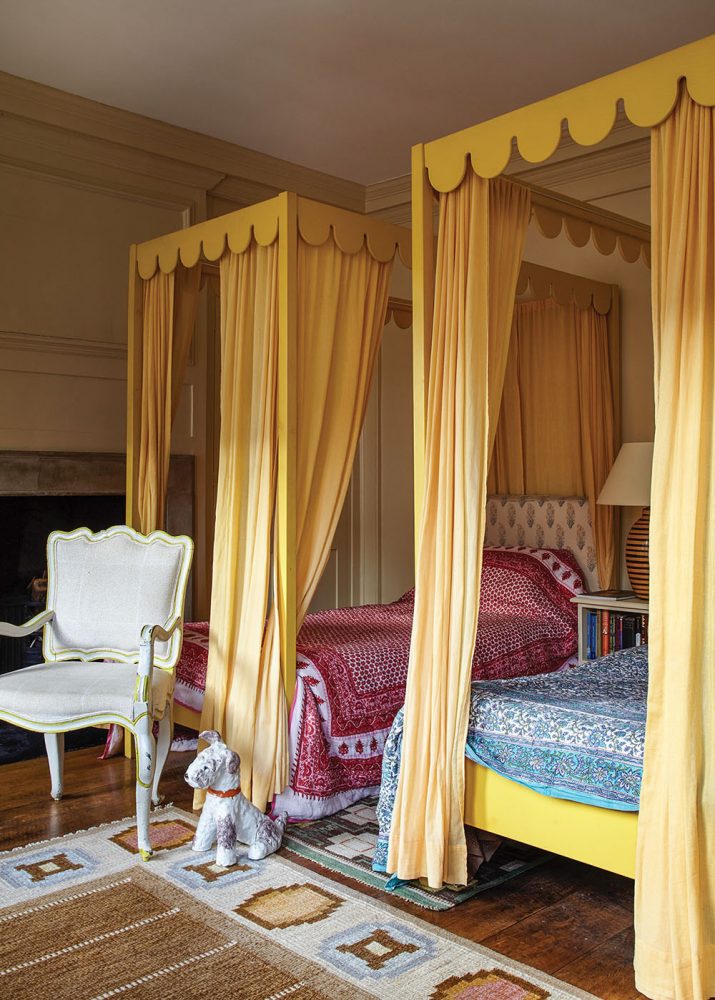 A bedroom in a London home that Fine describes as “bohemian with a touch of the eccentric.”

You’re known for your exuberant ability to mix color and pattern, which many people find intimidating to do themselves. Any rules of thumb?

Lisa Fine: I usually go with my gut, but I also lay things out all over my room to see how it all works together. Sometimes when you can’t decide, you just have to take a chance and go with it.

“Don’t be too afraid to make mistakes. Sometimes the things you think might be mistakes end up being your greatest successes.” 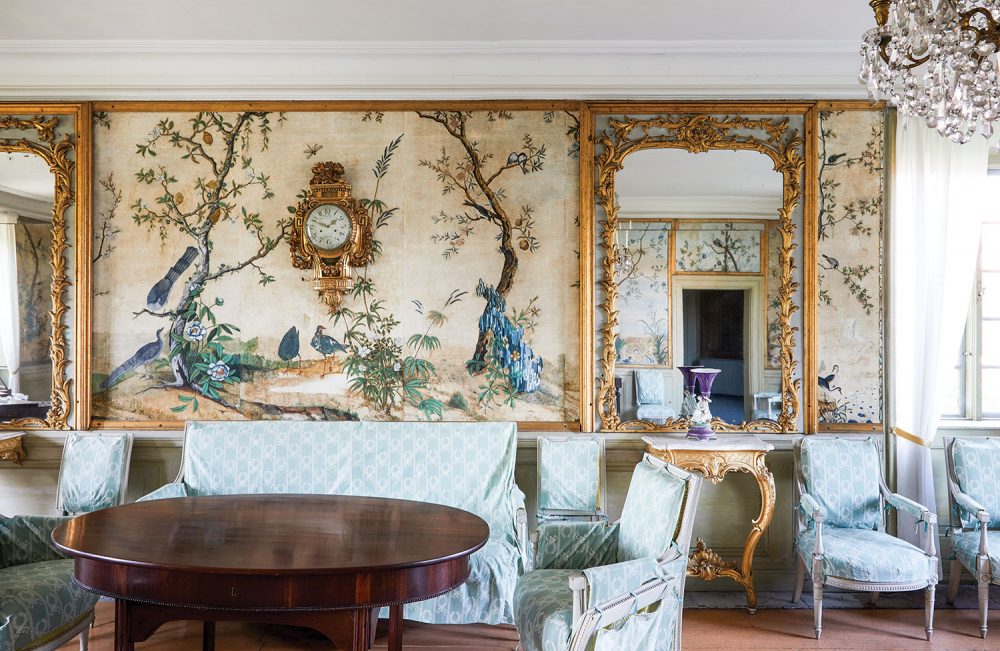 Travel is pivotal to your aesthetic and perspective. How often do you travel, and where do you like to go?

Editor’s note: This story first appeared in Flower‘s November-December 2019 issue, before travel restrictions went into effect to contain the spread of coronavirus.

Lisa Fine: I’m always traveling. I used to go mainly to faraway places, and of course I have crazy stories. I once rescued a dog from a garbage dump in China who became a love of my life. I’ve been to a camel festival in the desert. One of the best trips I’ve ever taken is to the old city of Damascus, where I saw the most amazing houses. In some ways, I’ve been so busy traveling to India and other far-flung places and building my textile line that I haven’t really discovered a lot of the great cities in Europe and even America. Isn’t that crazy? I go to India every year and can tell you about Damascus, but I’ve never been to Monticello or Oxford, Mississippi! But I’m working on that now. 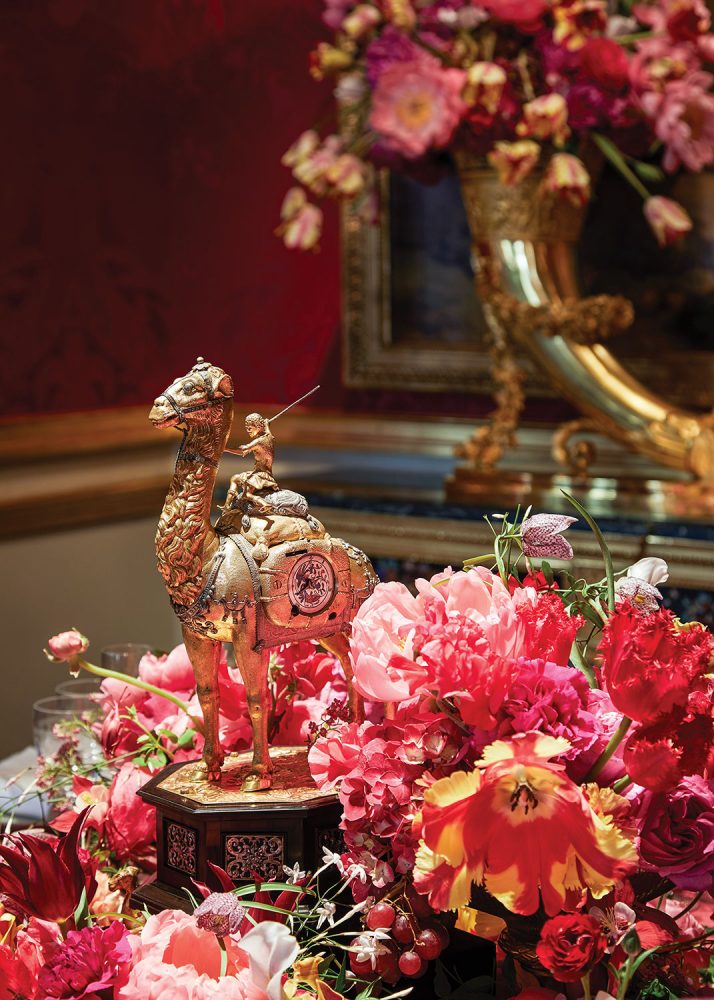 Centerpiece detail from a dinner party at the Parisian home of collectors Alexis and Nicolas Kugel. 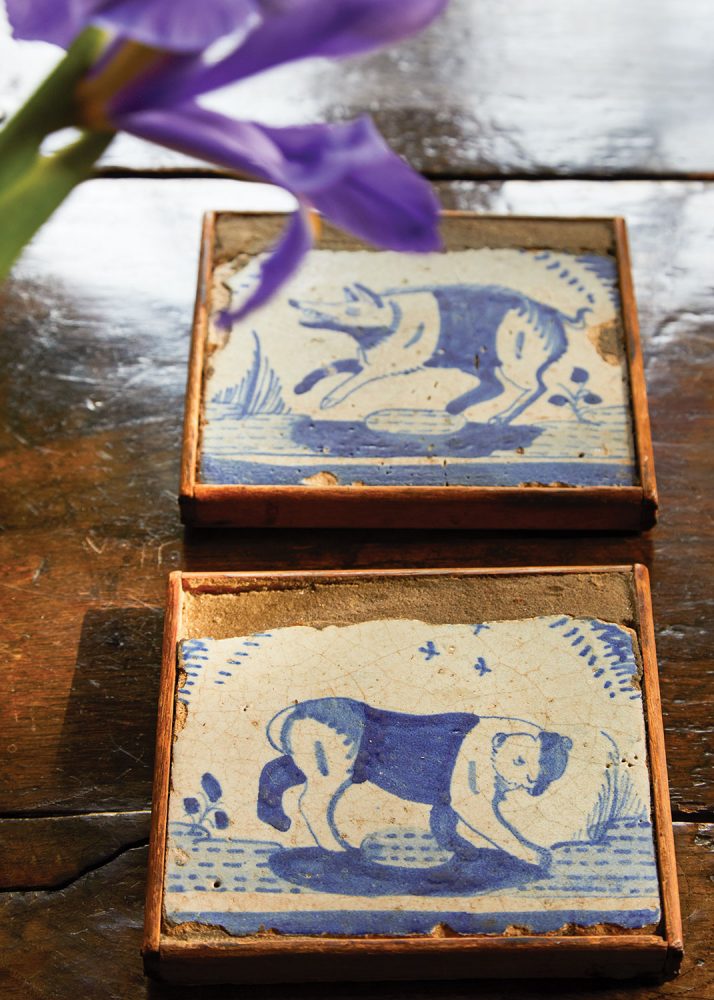 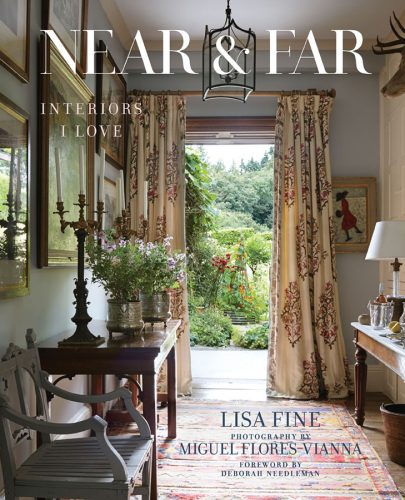 By Kirk Reed Forrester | Photography by Miguel Flores-Vianna from Near & Far: Interiors I Love by Lisa Fine (Vendome, 2019).