With an alluring line of textiles that conjure the magic and myth of China, LuRu Home is quietly redefining chinoiserie

When childhood friends Liza Serratore and Claire Russo reunited in Shanghai after college, they had no plans to start a textile business. Both 23, they had each finished a teaching stint (Serratore in Shanghai; Russo in Thailand) but weren’t ready to return to America. The pair decided to get an apartment together, and, as they shopped the markets for décor, they came across a Chinese fabric called Nankeen. “We were both quite taken with it,” says Serratore of the indigo textile made with a 3,000-year-old dyeing technique. They struck up a conversation with the merchant selling it, who put them in touch with the small community of artisans keeping the ancient practice alive. “We started researching Nankeen, then collecting it, then making things for friends with it,” says Serratore. “Then LuRu Home was born.”

Interestingly, Serratore credits Shanghai (and its distance from home) with giving the pair the courage to launch their business. “Shanghai has this wonderful entrepreneurial culture and a very vibrant pulse that can’t be re-created anywhere,” she says. “I think being abroad and being young gave us a sense that we could try. We weren’t burdened yet by mortgages, children—all the things that force you to be more reasonable. If it worked out, it would be great, but if it didn’t, we still had time on our side.” 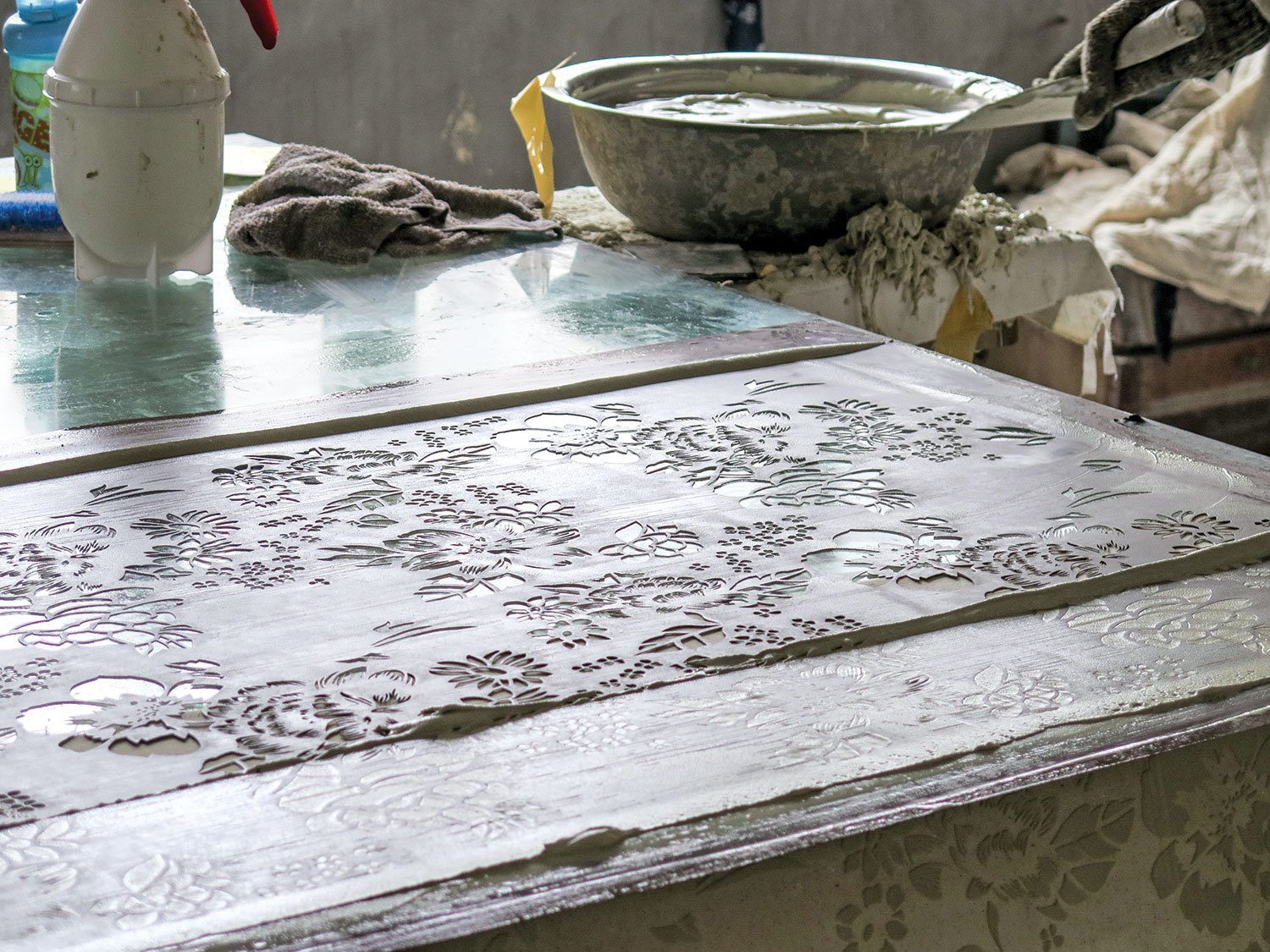 Nankeen is a unique Chinese dyeing technique that dates back 3,000 years. Soy paste is applied to cotton through a screen, an ancient technique practiced by Chinese artisans in partnership with LuRu Home. 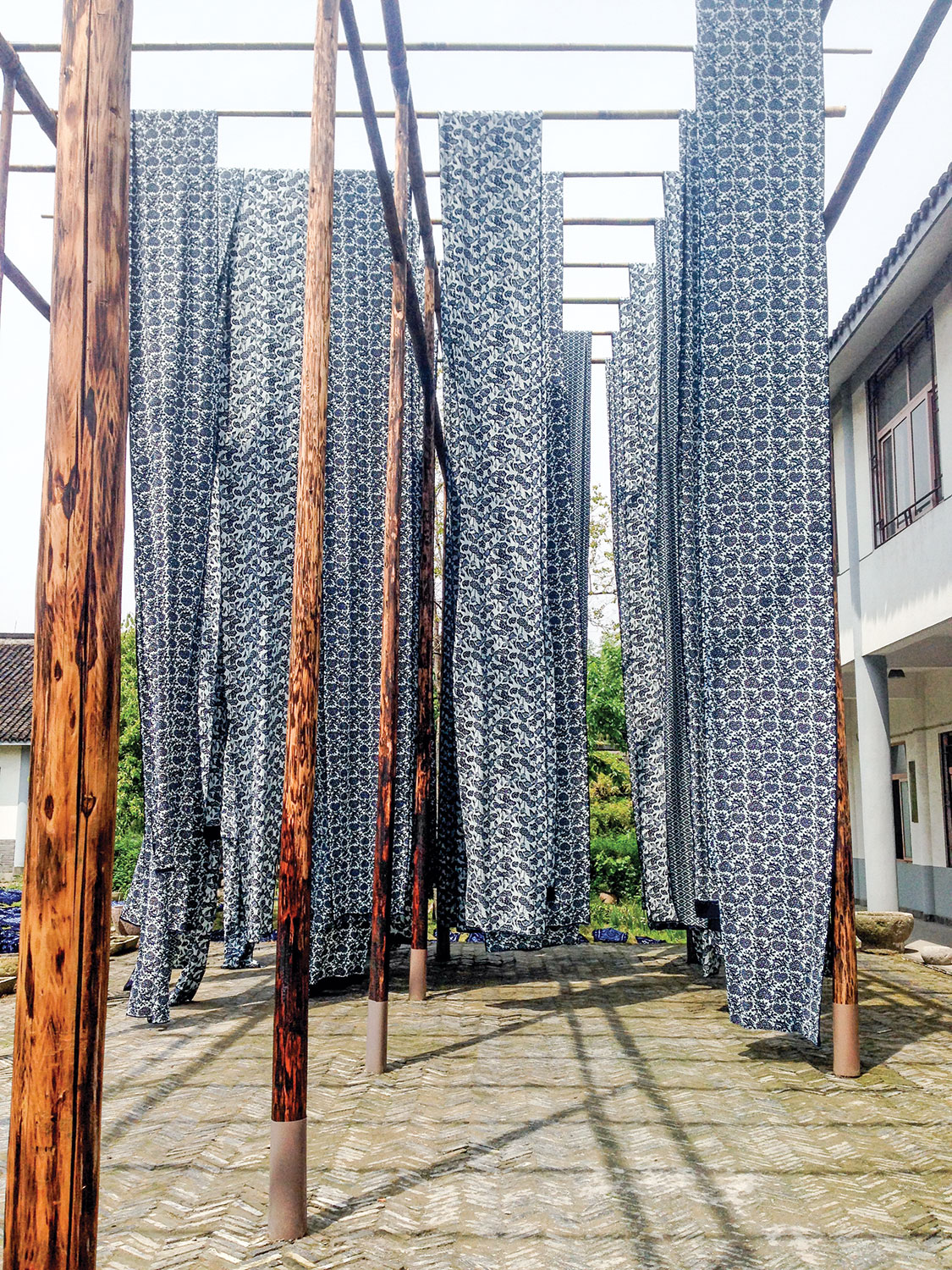 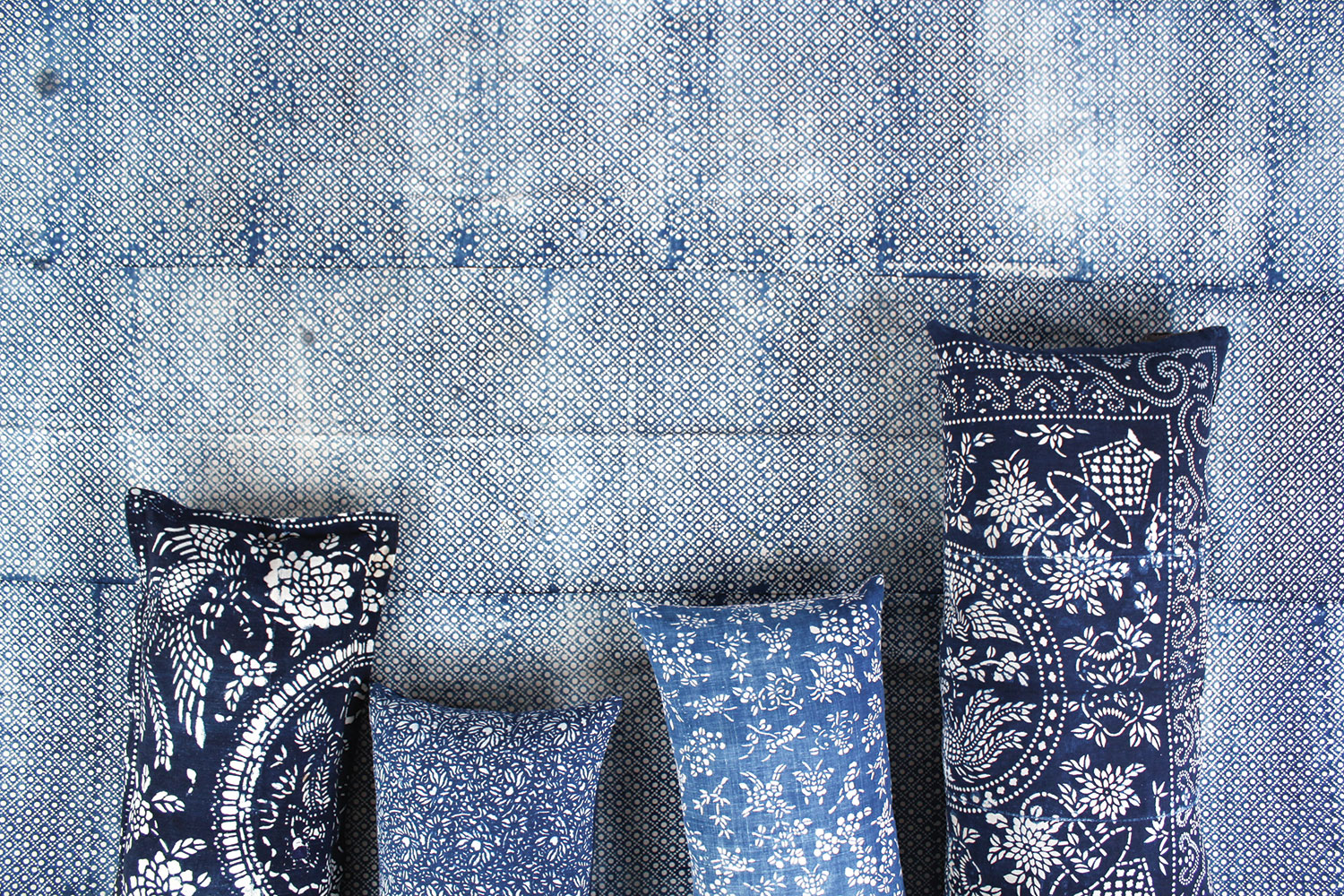 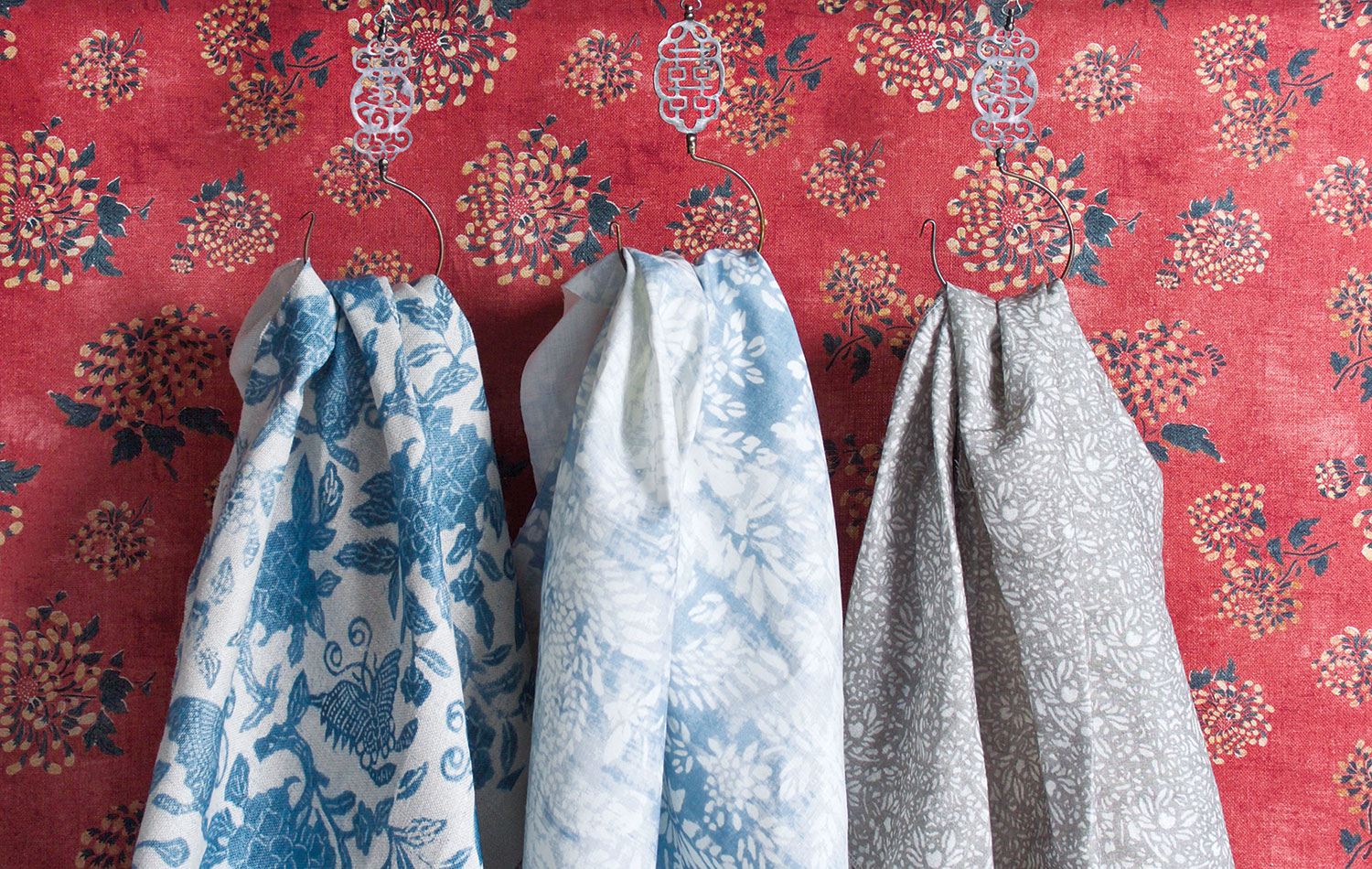 A collection of LuRu fabric by the yard 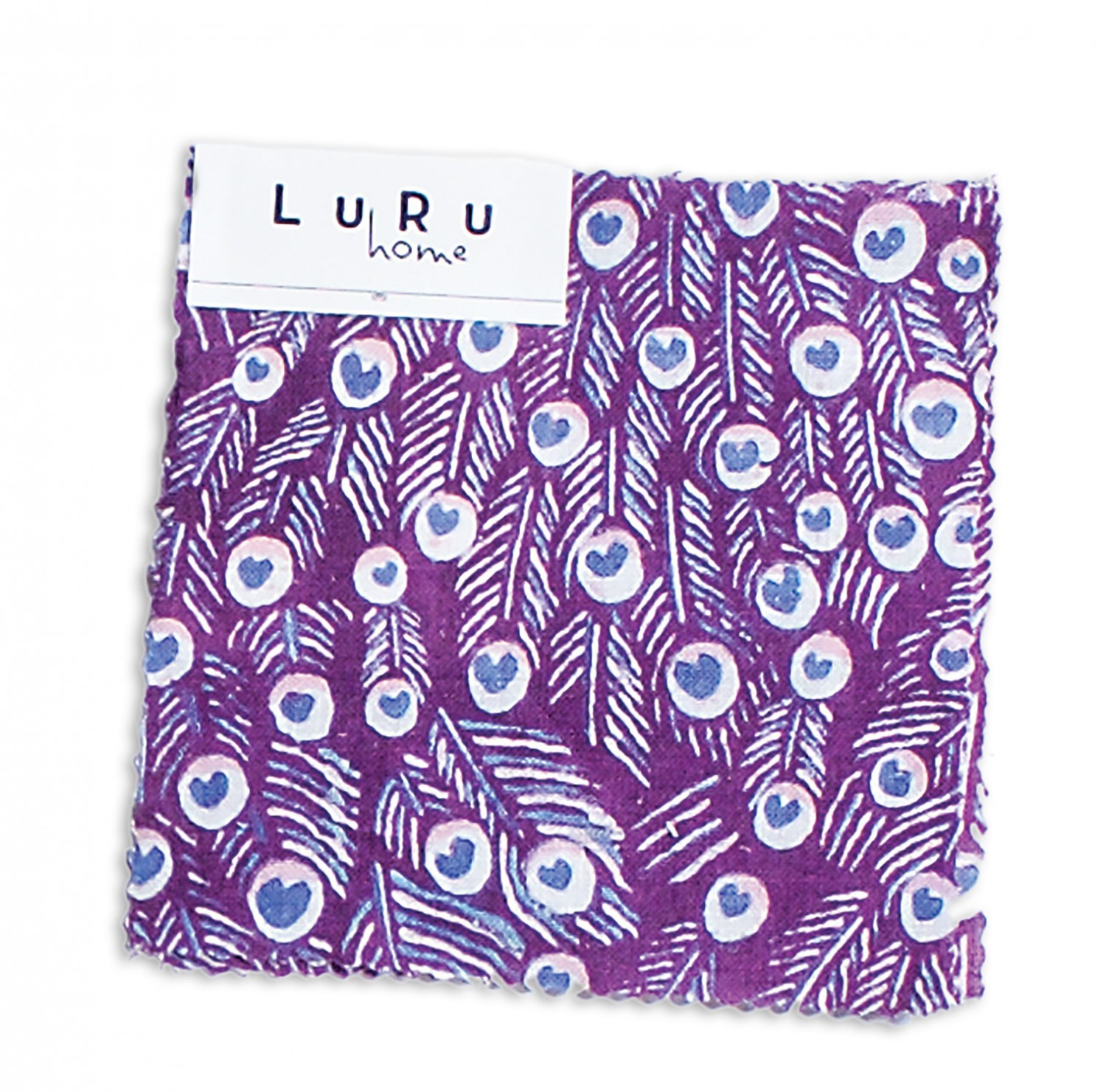 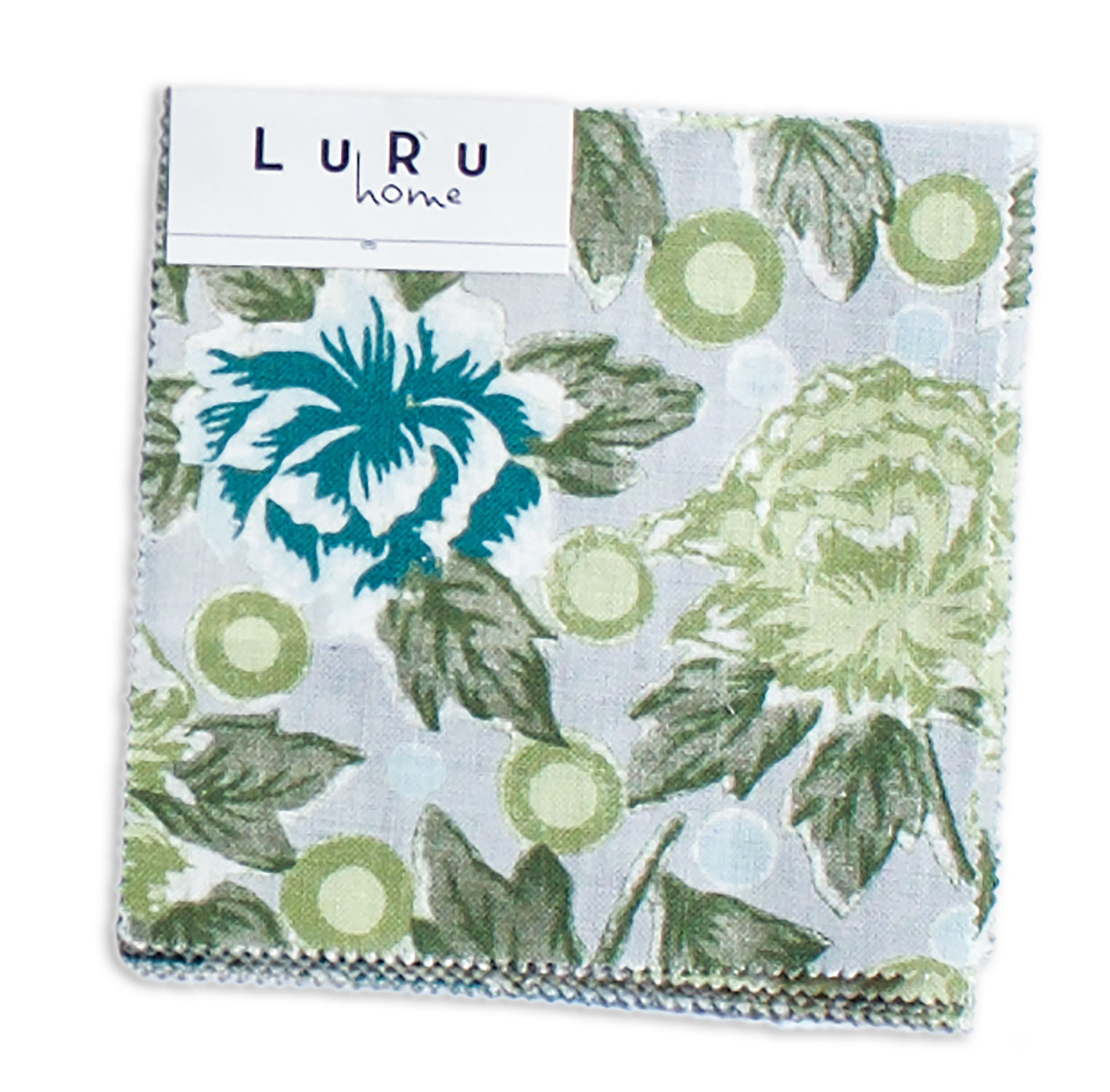 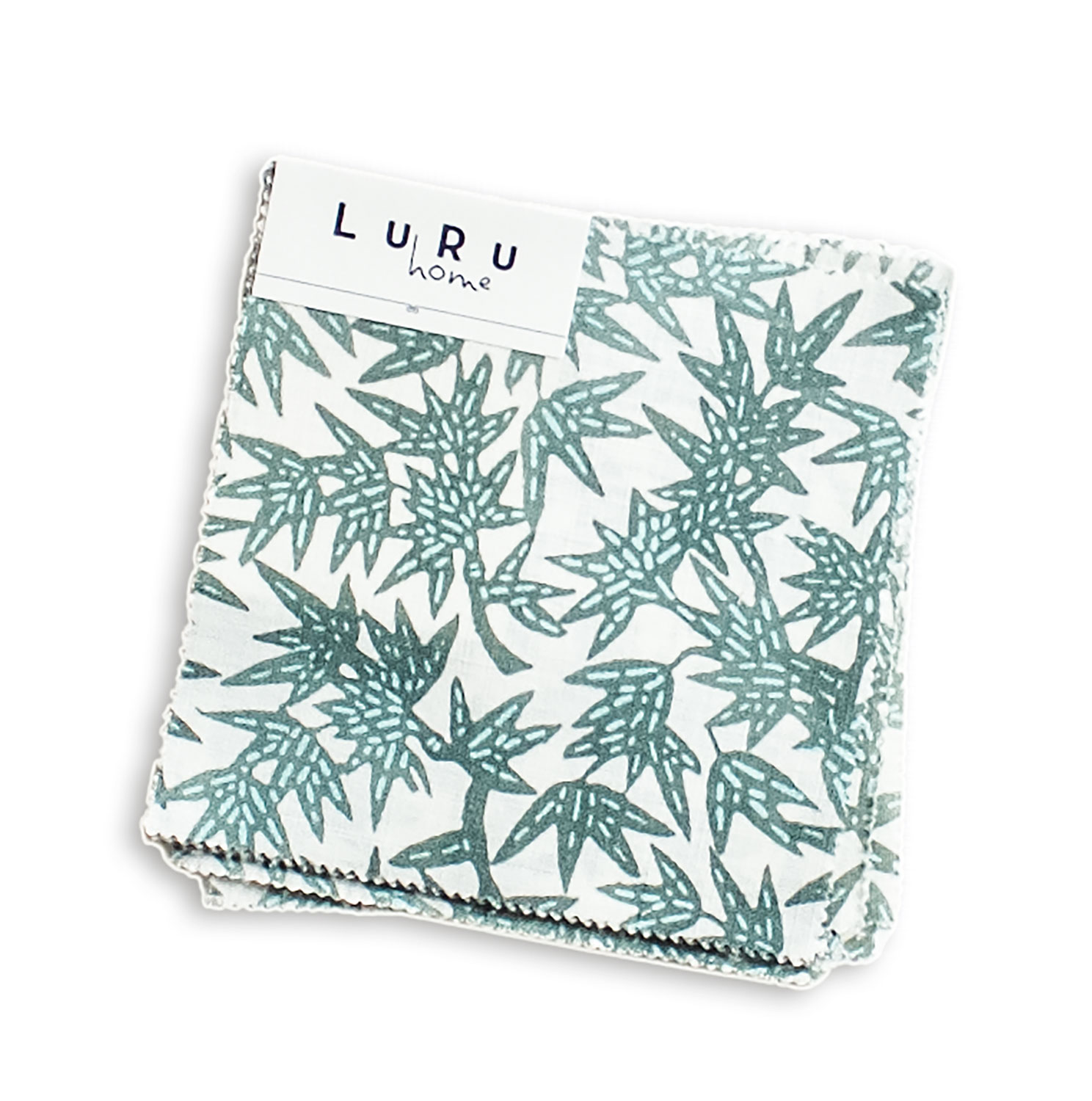 Since the company’s founding in 2010, LuRu Home has certainly “worked out,” though it has evolved from its original form. What began as a selection of dreamy vintage Nankeen pieces has expanded to include new Nankeen designs (produced in partnership with artisans back in China), as well as a digital and screen-printing operation in the States that makes exquisite textiles, along with pillows, purses, tablecloths, and napkins.

The designs feel at once forward-looking and familiar. With motifs like florals, butterflies, and peacocks, the subjects echo the chinoiserie tradition, yet the aesthetic is modern, moody, exotic, unexpected. “Our work is meant to surprise and delight the way that Shanghai does,” says Serratore. “It’s quirky and symbolically significant.”

Starting a business can be punishingly hard work, yet Serratore says there have been “votes of confidence” along the way. Like the time at one of their first trade shows when Tory Burch walked into their booth with her entourage and stopped to ask for a card. Or the day when designer John Derian came up to their booth and “just started chatting with us.” Serratore remembers, “Claire and I were thinking, We know who this is! We ended up sitting on the floor talking with him for an hour,” she laughs. “When people like that acknowledge your work, it’s very encouraging.”

Last year, LuRu began a new chapter, as Russo stepped away from the company to pursue other interests and Serratore relocated headquarters to her new home in Milwaukee. Echoing the energy and enthusiasm of her 23-year-old self, Serratore is looking forward to the company’s next act. “Flowers are hugely auspicious in Chinese culture and have been at the root of our line since its inception,” she says. “Spring and summer collections will continue on a floral path, going in a slightly new direction.” Cleaving to history but blazing a new trail—it’s LuRu Home’s secret to success.