Three New York expats bring a little slice of Sicily to New Orleans at their Magazine Street shop, Sud. We join them for an afternoon of scopa (the popular Italian card game), refreshments, flowers, and fun
Courtney Coleman, Bill Brockschmidt (center), and Richard Dragisic on the front porch of Sud and their design studio

Richard Dragisic chuckles as he recalls an encounter he had with a shopper shortly after opening his Magazine Street shop, Sud, in 2019. “A customer came in, looked around, and asked me where I slept!” he laughs. “The question seemed so strange at the time, but I get it now, and it’s quite a compliment. We’ve created more than just a shopping experience here; we’ve created a sense of home. Since then, we’ve made a point of always having one bed in our inventory for that very reason.”

Perhaps the shopper’s confusion stemmed from the genuinely warm welcome she received at the door or the sound of a teakettle whistling from the cozy galley kitchen in the back. But most likely it was because the shop was actually a home in its former life.

The interior design studio’s reference library doubles as a dining room for events.
Small mixed arrangements and an Antonino Piscitello vase filled with almond and crape myrtle branches bring the outside in. Floral design by Kim Starr Wise. Find tips for arranging with branches.

Built in 1906 in the heart of Uptown New Orleans, the iconic Creole cottage’s original heart pine floors, pocket doors, plaster ceiling medallions, and 10 coal-burning fireplaces present a rich backdrop for the art and antiques, potions and lotions, textiles, and other curiosities that Richard and husband Bill Brockschmidt hand-select and import directly from Sicily. The other side of the double shotgun–style structure houses the bustling studio of the internationally renowned interior design firm of Brockschmidt & Coleman, founded by Bill and business partner Courtney Coleman.

Many moons ago, as volunteers at the Institute of Classical Architecture & Art, the trio forged a friendship thanks to their shared passion for architecture, decorative arts, and travel. After nearly two decades in the Big Apple, they relocated to the Big Easy to return to their Southern roots (Richard is from Texas, Bill is from Virginia, and Courtney is from Mississippi) and to be closer to their clients, although they still maintain a Manhattan office.

Hand-painted plates by artist and architect Benedetto Fasciana depict flowers and foliage that caught his eye in Sicily.
An abstract baroque border encases a window and creates a whimsical backdrop for 18th- and 19th-century Sicilian antiques.

When shuttling between the Gulf Coast and the East Coast grows tiresome, Richard and Bill retreat to their home in Modica, an ancient city along Sicily’s southeastern coast. On a whim, they purchased a crumbling villa that was once part of the Grimaldi palazzo. After three years and an unheard-of number of what-were-we-thinking moments, the villa was meticulously restored from nearly 6,000 miles away thanks to the divine intervention of interpreters and craftspeople. Like all true Southerners, the couple enjoys entertaining and hosting friends and family there, but for those who can’t make the 20-hour trek, there’s Sud.

“We designed it to be not just a shop, but also a learning lab,” Bill says. “Here, we host book signings, cooking demonstrations, and movie nights to highlight Sicilian culture within our community. New Orleans is such a melting pot of cultural influences, so it’s a natural fit.”

Bill seems to have left one activity off the list that frequently takes place at the shop, and that is scopa. On lazy afternoons, the proprietors can be found playing a friendly round of the popular Italian card game. The objective of scopa, which means “broom” in Italian, is to sweep all the cards from the table. Much like poker or bridge, the social aspect of the game is as important as the outcome.

Bill, Richard, and Courtney enjoy prosecco over a game of scopa.

“In Italy, you see all ages and walks of life playing scopa at all kinds of venues, from public parks to private clubs,” Courtney says. “It’s fairly easy for a novice to pick up, but for seasoned players it flies by at lightning-fast speed. For them, it can get very competitive—think voices raised and arms flailing—especially when there is prosecco or passito involved.”

“Watching a game of scopa can be as much fun as actually playing it,” says Bill, who admits he’s a long way from being “seasoned.”

While the card players at Sud may still be perfecting their scopa skills, they’ve had great success in bringing a Sicilian attitude with a dose of Southern charm to Magazine Street. 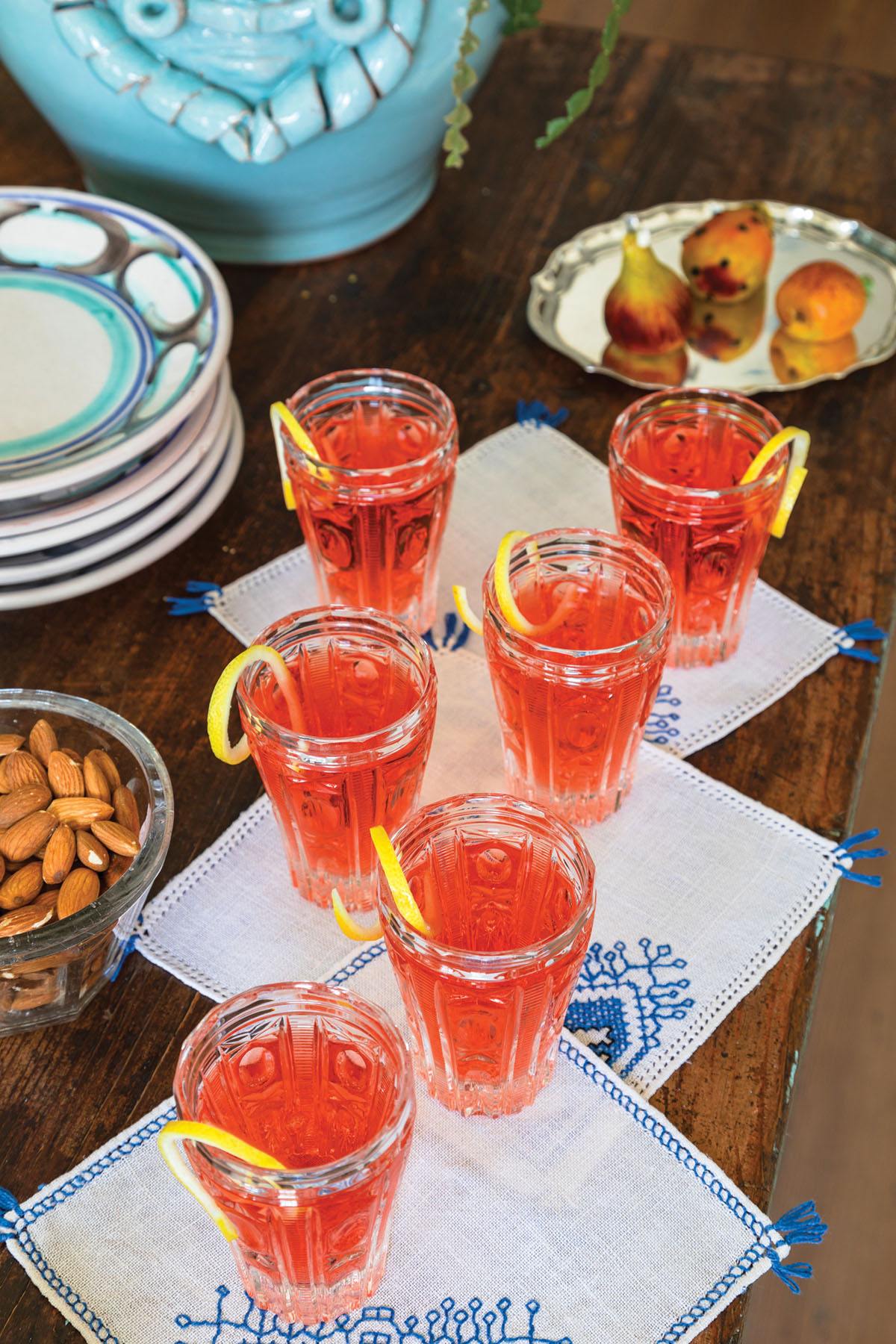 Campari spritzes in antique crystal coupes. The vintage napkins were made in Sicily. 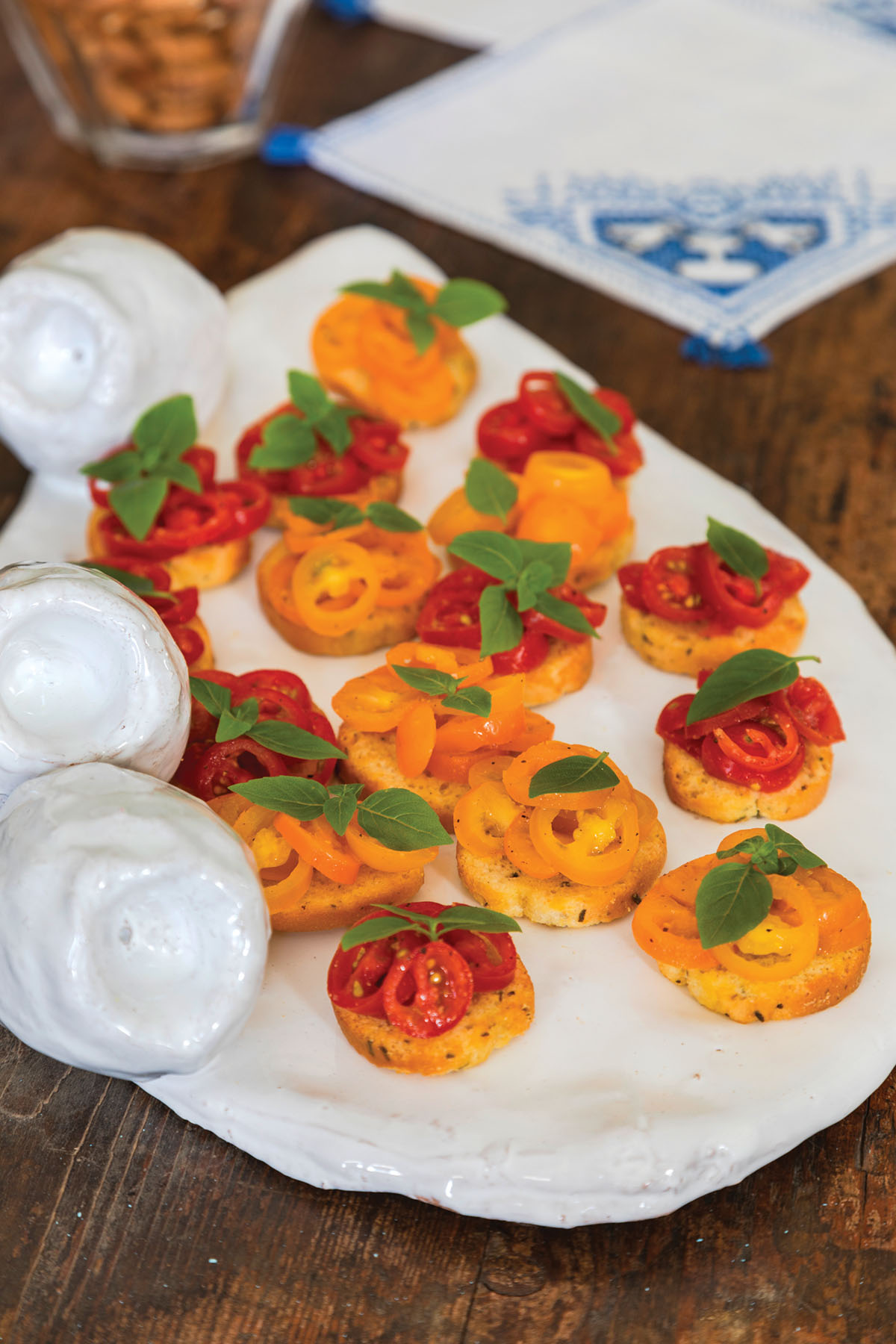 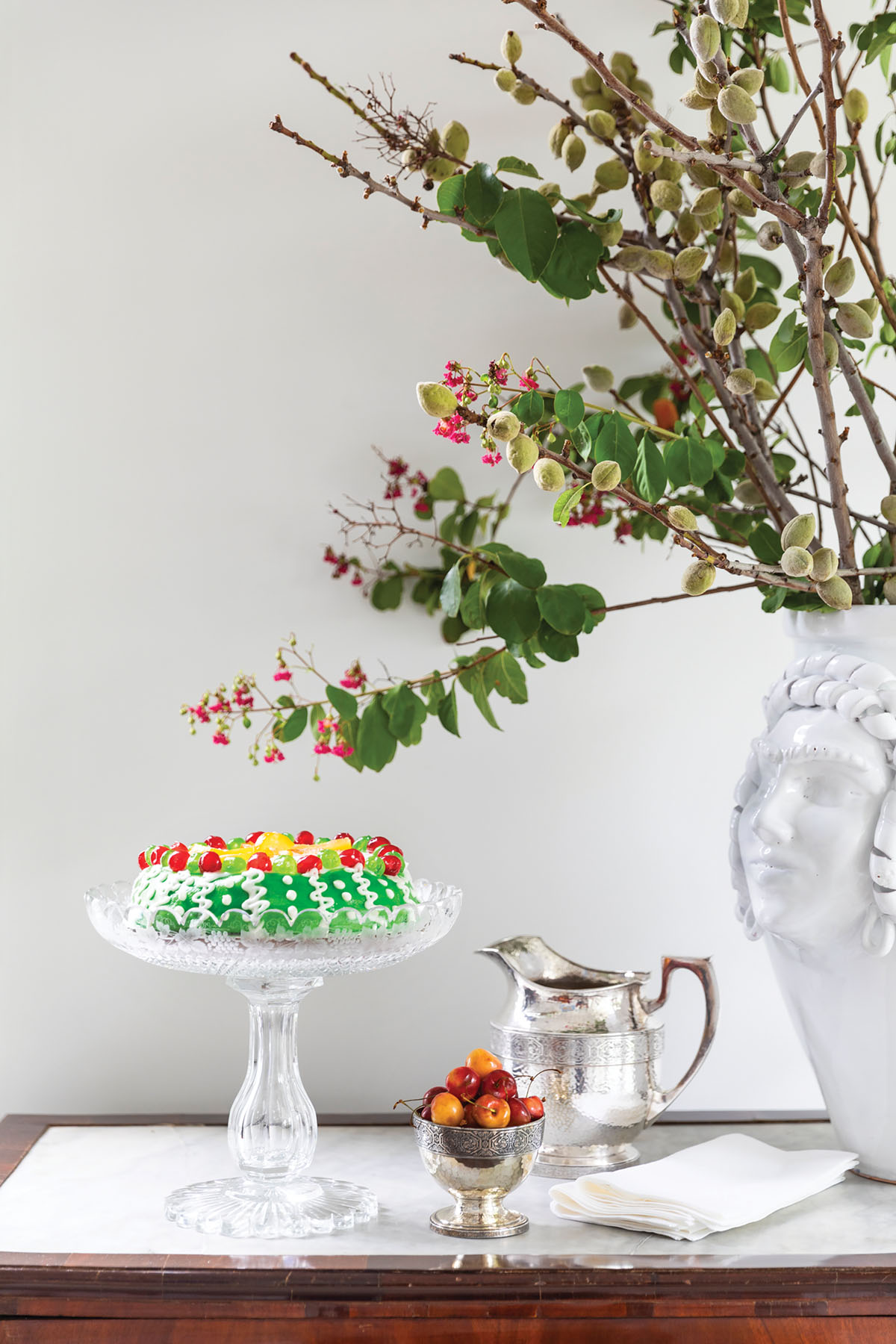 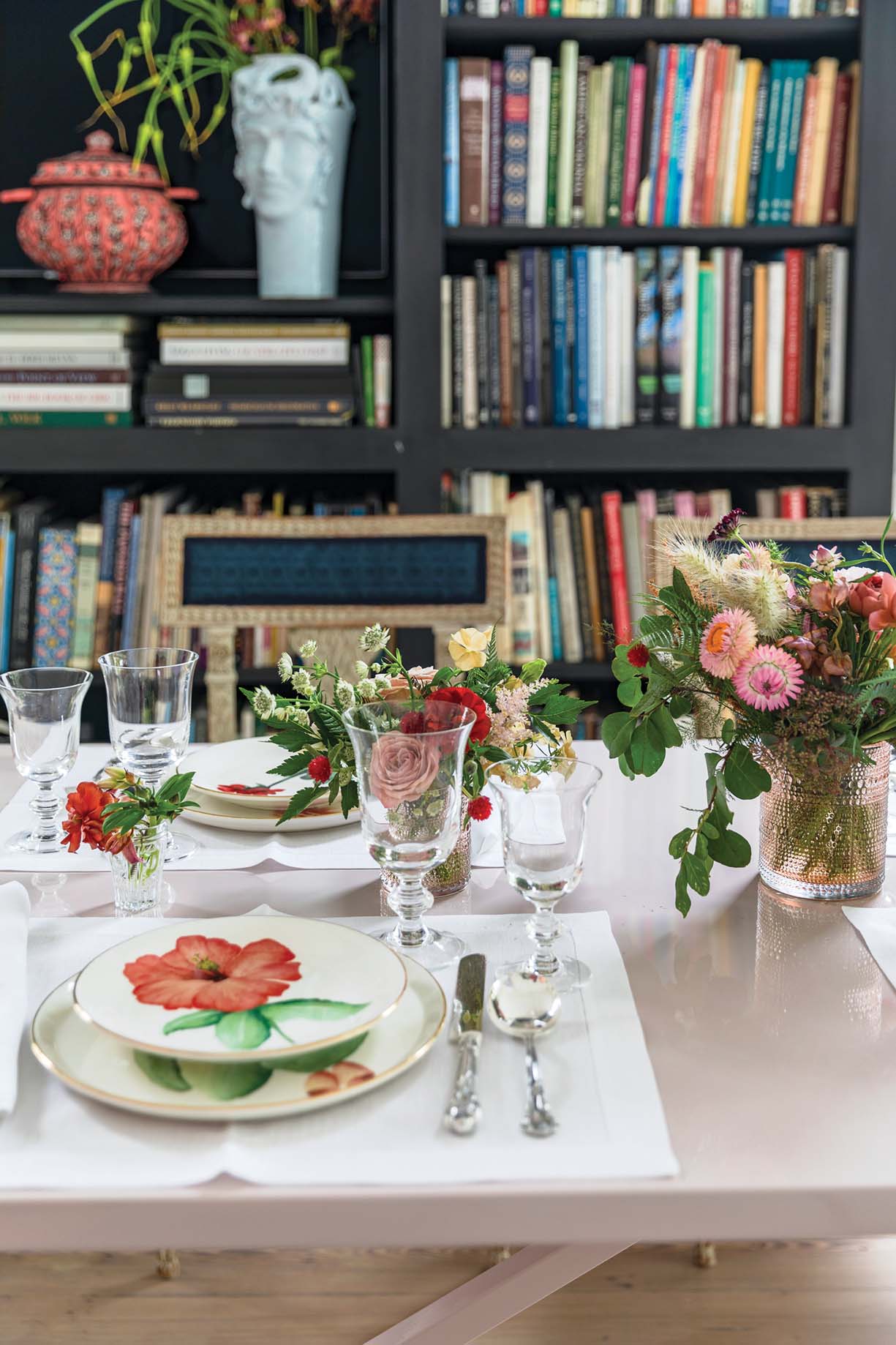 This story originally appeared in Flower magazine’s July/August 2021 issue. Find Flower in a store near you or subscribe.