In an excerpt from her new book, Charlotte Moss Flowers, interior designer Charlotte Moss reminisces about her lifelong fascination with flowers and their transformational power 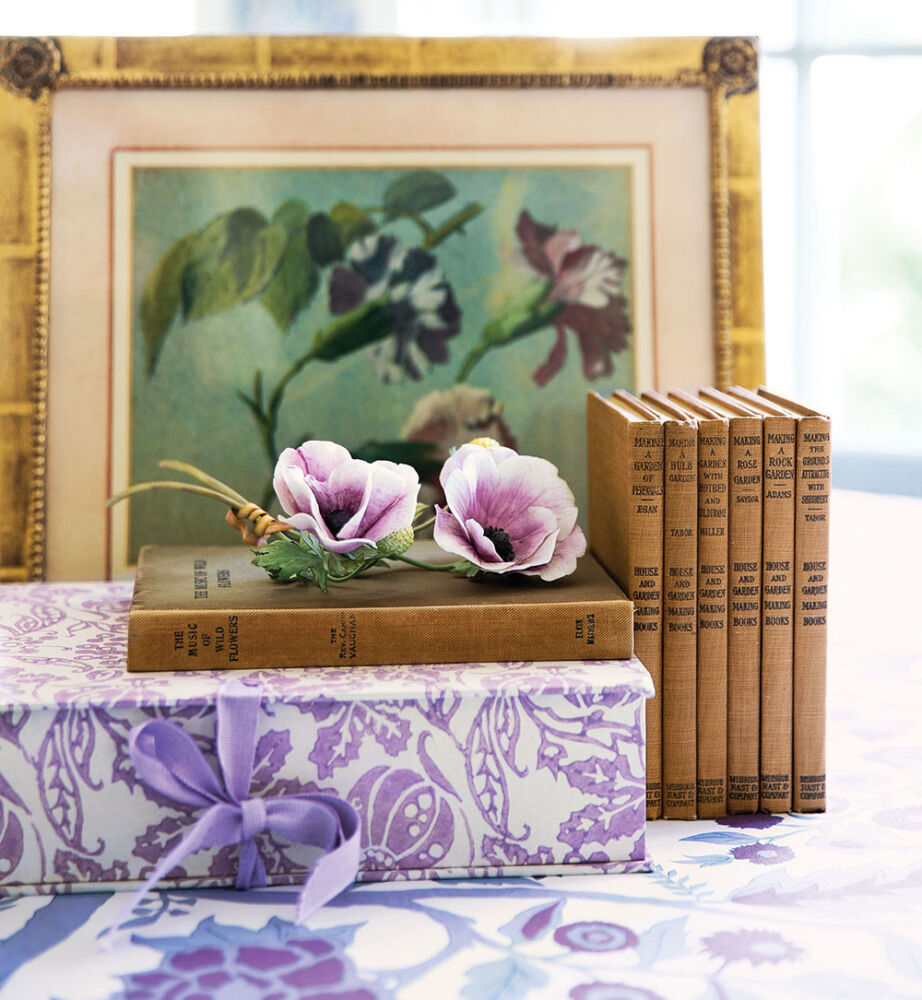 Clover flowers, daisies, dandelions, and buttercups made great necklaces when I was seven. I loved the hours with cousins spent painstakingly threading them, with the reward of feeling bejeweled and dressed up. Necklace-making was a competitive sport back then—whose was the longest and the prettiest with the most flowers. 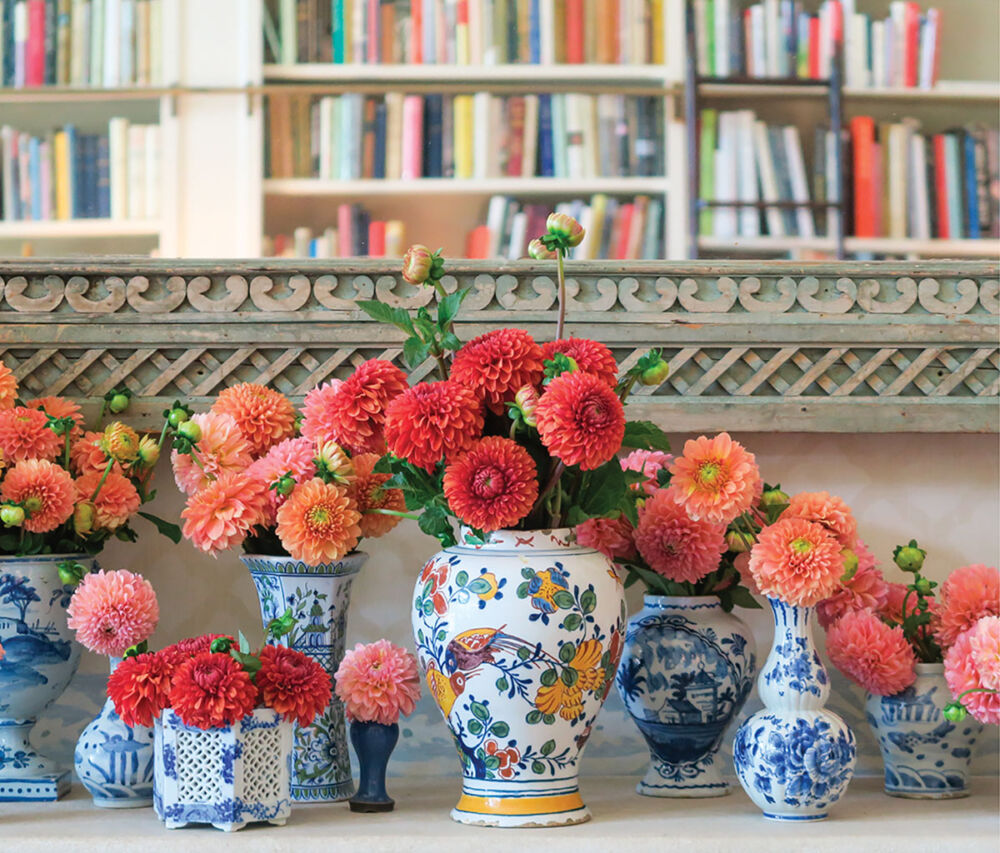 Do you remember the first time you wore a boutonniere or a corsage? Who gave it to you, what was the occasion, what were you wearing? Was it a dance, a prom, a wedding? Another rite of passage into adulthood where flowers paved the way. Do you remember the first time someone arrived at your front door with a flower delivery and it was for you? The excitement of it all, the anticipation opening the card! Or when a bouquet arrived at your office and everyone gathered around to hear who it was from? I remember how important those moments were, those “flower firsts.”

As a teenager, I remember gathering “running cedar” in the woods on trail rides to bring back and watching my mother whip up some green magic—decorations for our house such as wreaths and topiaries; whatever it was, it made everything at home look prettier, fancier, more festive. At other times I would take plastic cups on those rides, praying to discover wild lady slipper orchids in the woods. One solitary pink blossom to bring home. I can smell them right now.

I will never forget my first trip to Chatsworth with the American Friends of the Georgian Group, which was just getting started in the United States. After lunch and touring some of the house with Deborah (“Debo”), then Duchess of Devonshire, we went to explore the gardens, past the cascade, the Paxton greenhouses, the famous Willow Tree Fountain, and on to the lupine garden. Never have I ever seen, or seen since, such a display of lupines in all their glory. The rainbow palette of blossoms standing almost human-sized, as if they anticipated our visit. That image remains so clear.

On the opening night of the Chelsea Flower Show—one of many visits to this floral extravaganza in London—my husband and I were in a marquee sponsored by his bank. I think it took a couple of British bankers to convince this American banker that the opening night, when the Queen visits the show, is the night tout le monde attends. My husband, somewhat skeptical, asked my opinion. Of course I emphatically answered yes. As we walked through one of the exhibition stands that evening, my husband heard his name being called. He turned to find the chairman of the Bank of England standing under a bower of David Austin roses. Never again did those bankers ever have to convince him that a flower show in London was an important corporate event. The power of a flower. 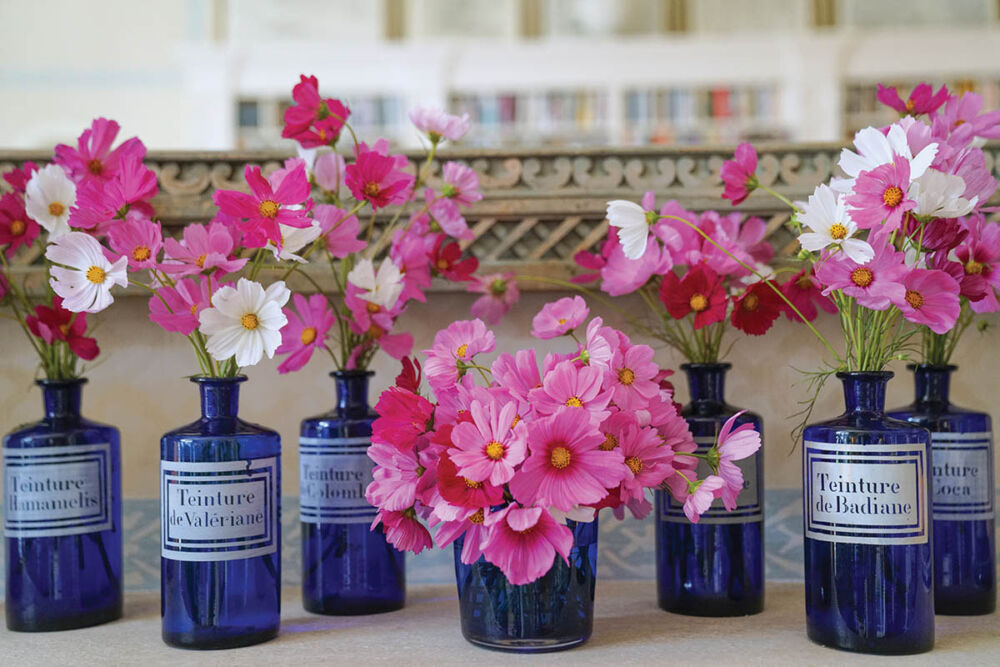 Beautiful houses, châteaux, gardens—there are so many more memorable visits, but there was a particular moment that really touched me. While in London on a buying trip for my store years ago, I found myself stopped dead in traffic on the Gloucester Road. (In the days before mobile phones, people were more keenly focused on their surroundings than what appeared on a tiny screen.) After a moment, I looked up at the second-floor window of a large brick Victorian building. There on the windowsill sat five green Perrier bottles, each holding a tulip. I grabbed my camera and snapped that shot. An image I can see today, where someone recycled five bottles with as many tulips to make their own statement of beauty. How easy it was to make that view prettier for them and the lucky passersby. I have used that slide in numerous lectures I have given. The act was so simple, the message very powerful. 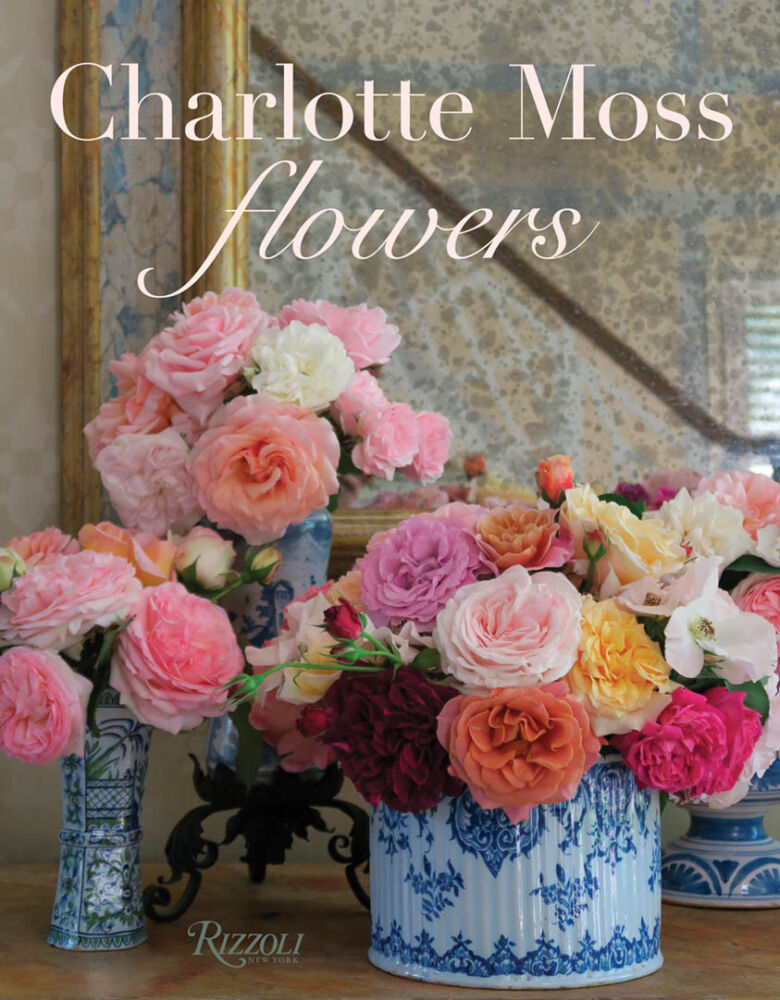 Signed copies of Charlotte Moss Flowers are available for pre-ordered at charlottemoss.com