Designer and author Charlotte Moss shares her lifelong love affair with wildflowers and some gorgeous wildflower arrangements from her book, GARDEN INSPIRATIONS

Picking blackberries along the unpaved road to my grandmother’s river cottage in Virginia, and grabbing honeysuckle, Queen Anne’s lace, and chicory are memories so clear in my head. Scorching summer days at the “rivah,” without a care in the world, meant exploring, napping, swimming, fishing, and looking for wildflowers. As children, the word “weed” meant nothing to us. Who cared? If it was pretty, we picked it to make a bouquet for my mother and grandmother. We were always being reminded to be careful—to beware of the things that live in the woods besides the pretty things: snakes, poison ivy, and chiggers that were the spoilers of any good time. We were always careful, but it didn’t matter to us, as we knew what was growing there and we were going to collect our share.

As the oldest of five, I was the leader of the pack and the ringleader of numerous cousins to boot, as I was also the oldest granddaughter. What that translated into was any and all infractions came back to me because I was responsible for all. Whatever happened, it was worth the risk. Besides, I knew what I was getting into. 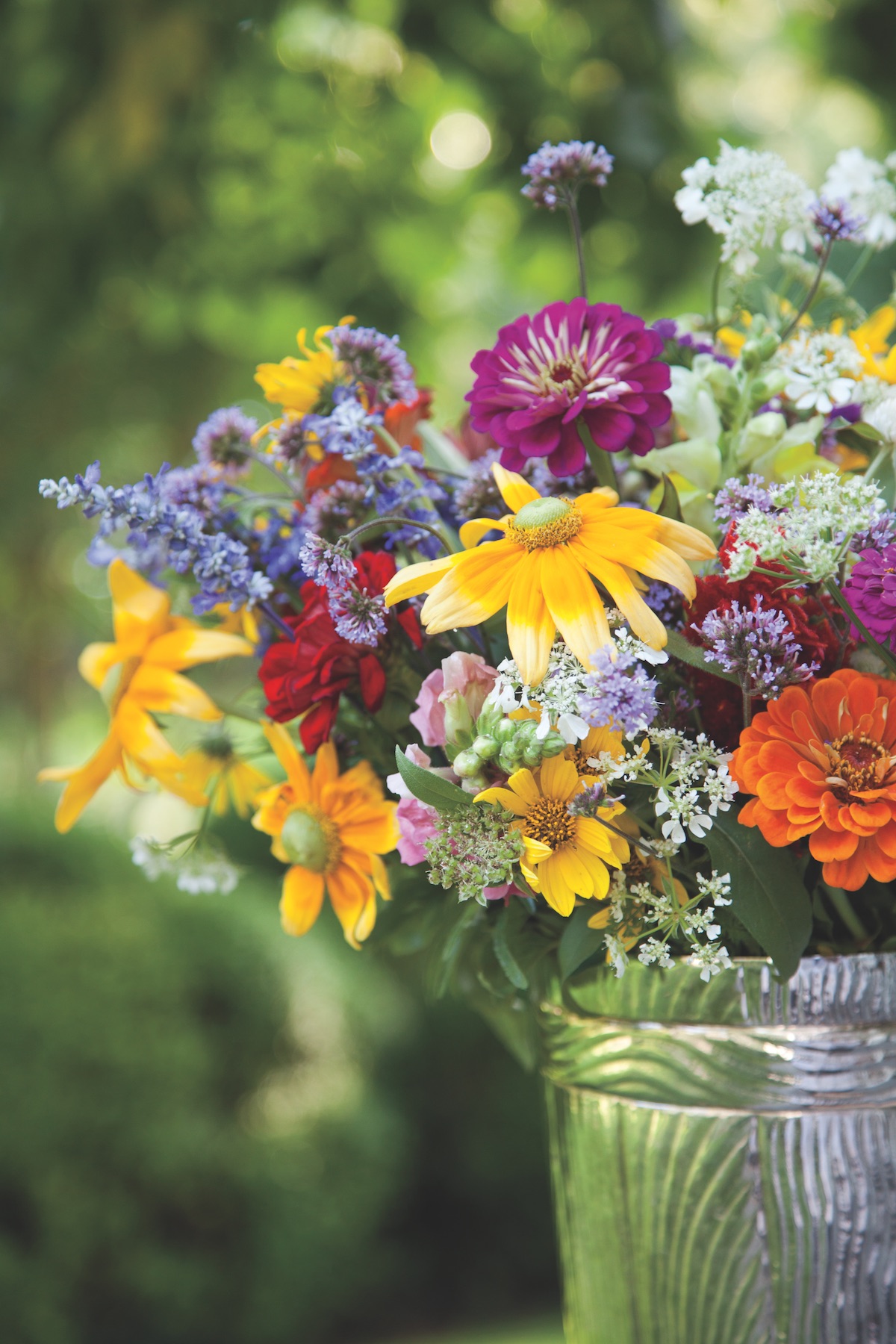 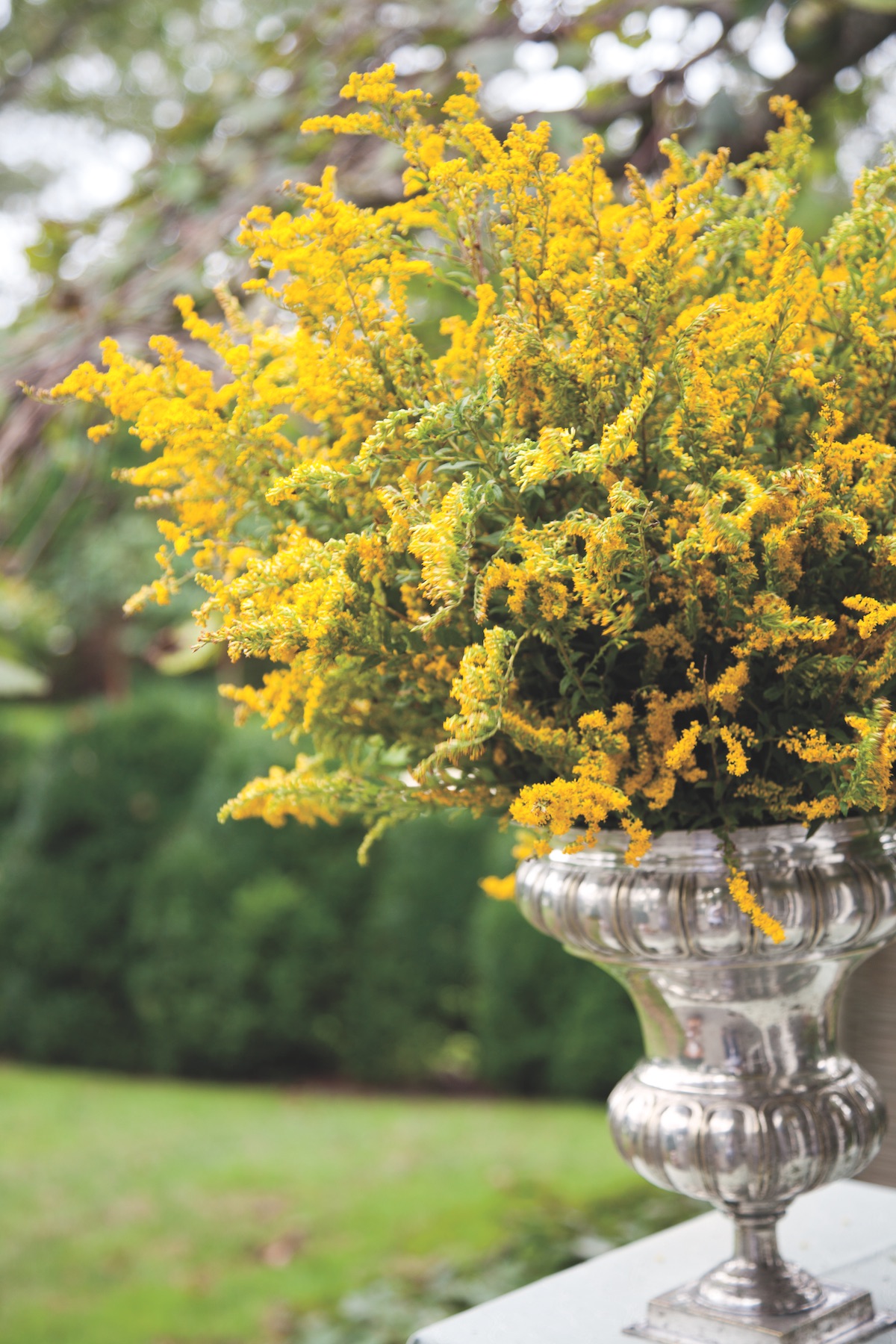 Maybe the simplest of wildflower arrangements, goldenrods seem both striking and effortless when massed in an elegant silver urn. 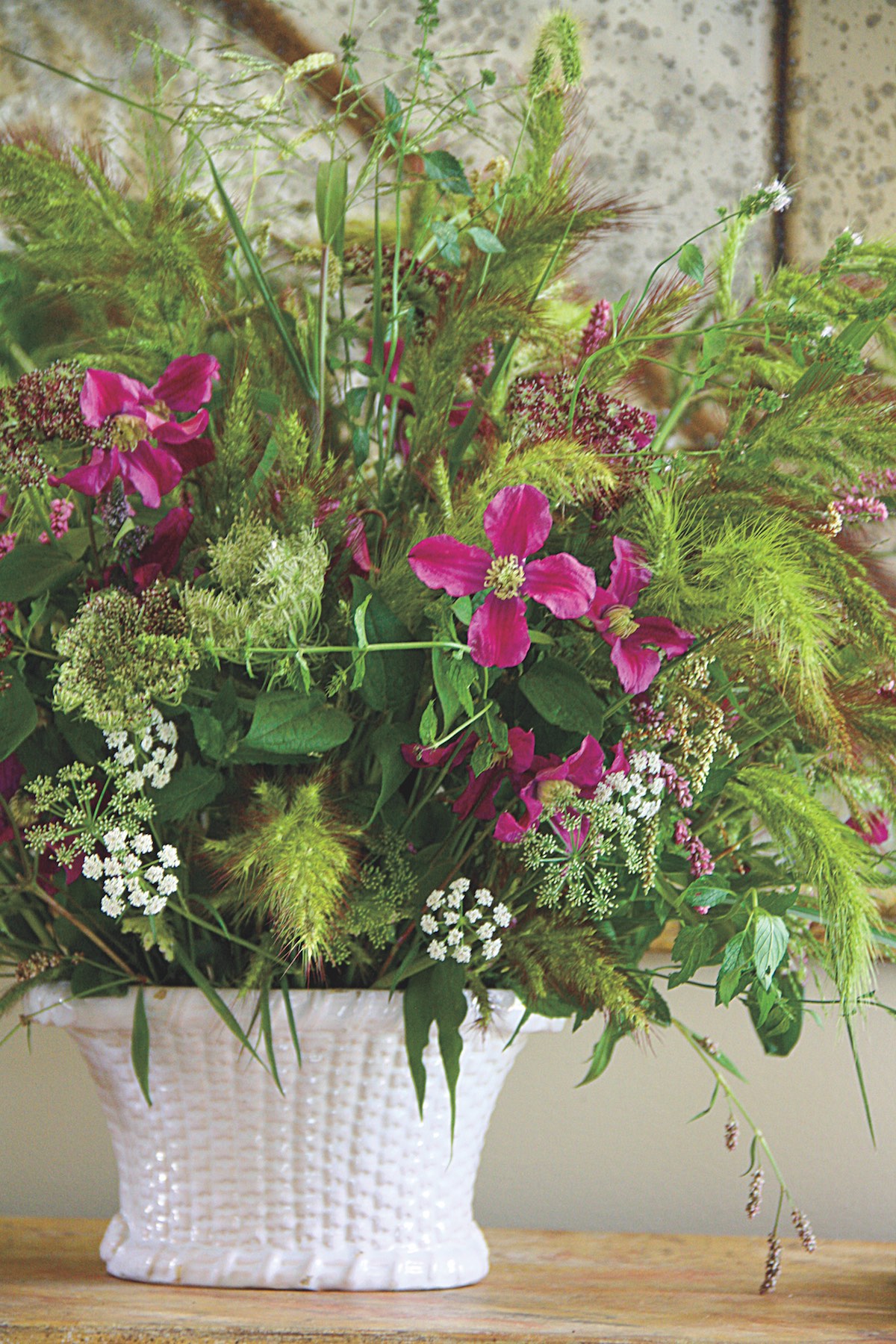 Moss traces her ongoing love of flowers and arranging back to childhood days spent exploring and foraging woods and meadows. Here she has filled a porcelain basket with clematis, Queen Anne's lace, mint, and wild grasses. 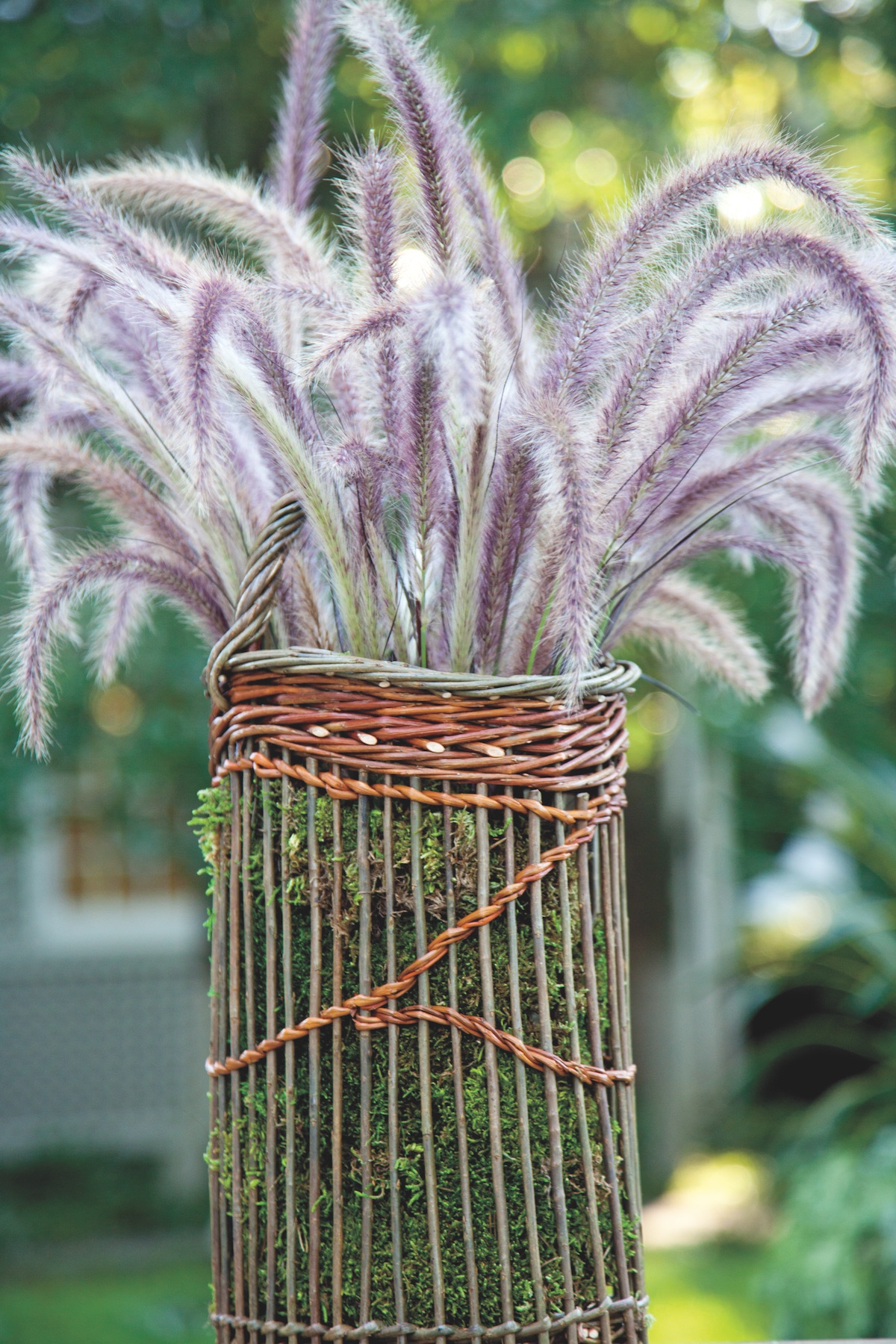 A simple gathering of fountain grass spilling from a basket 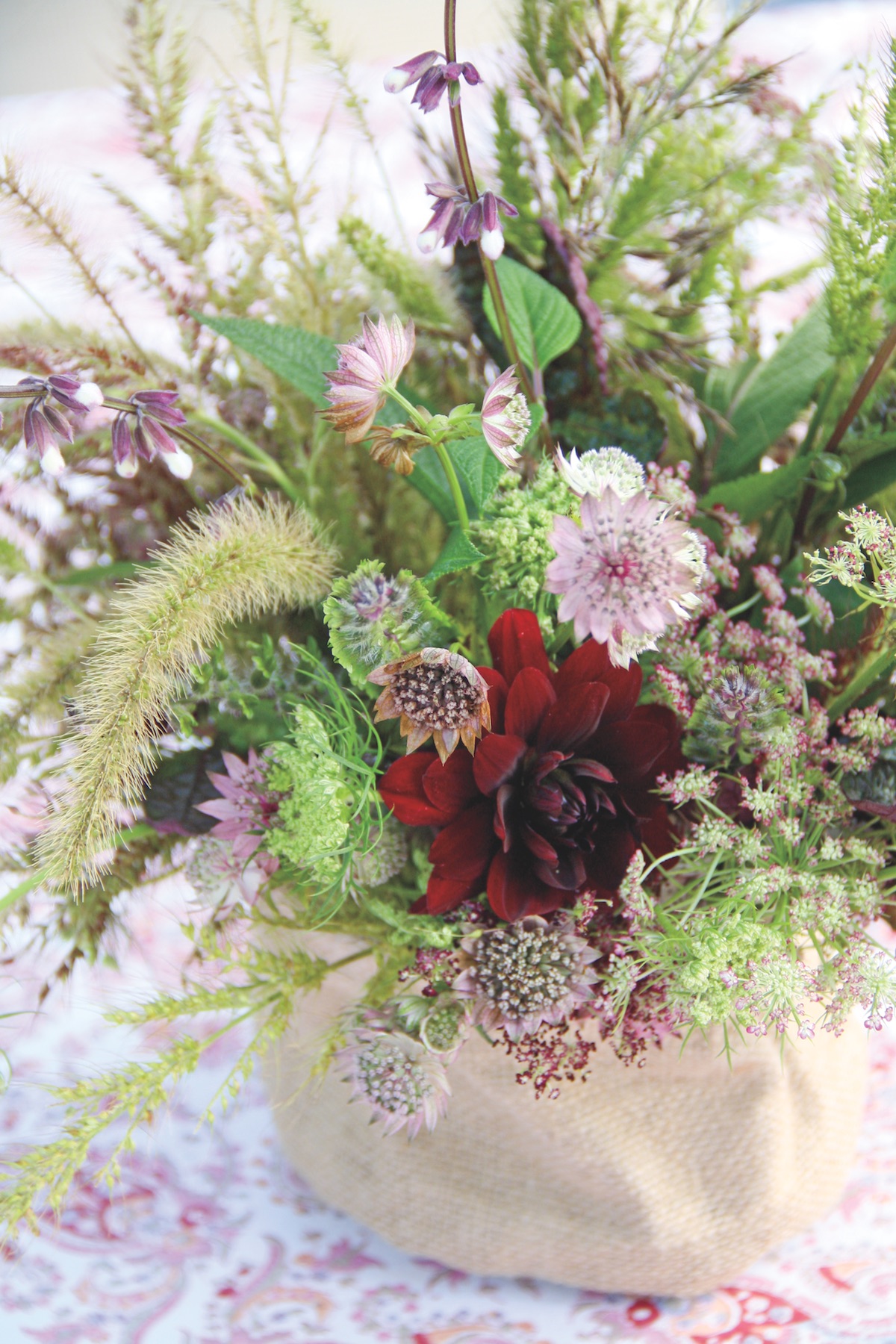 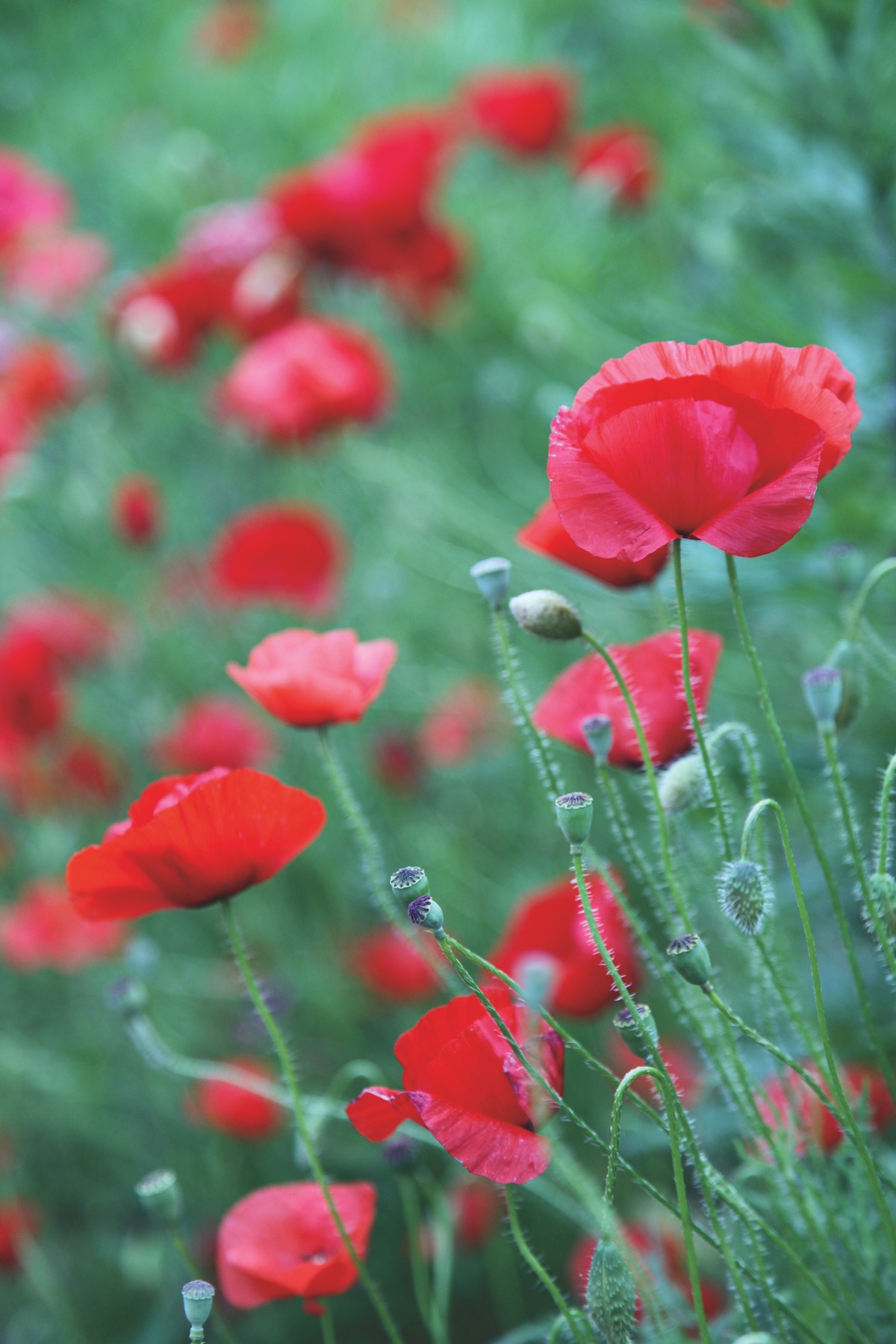 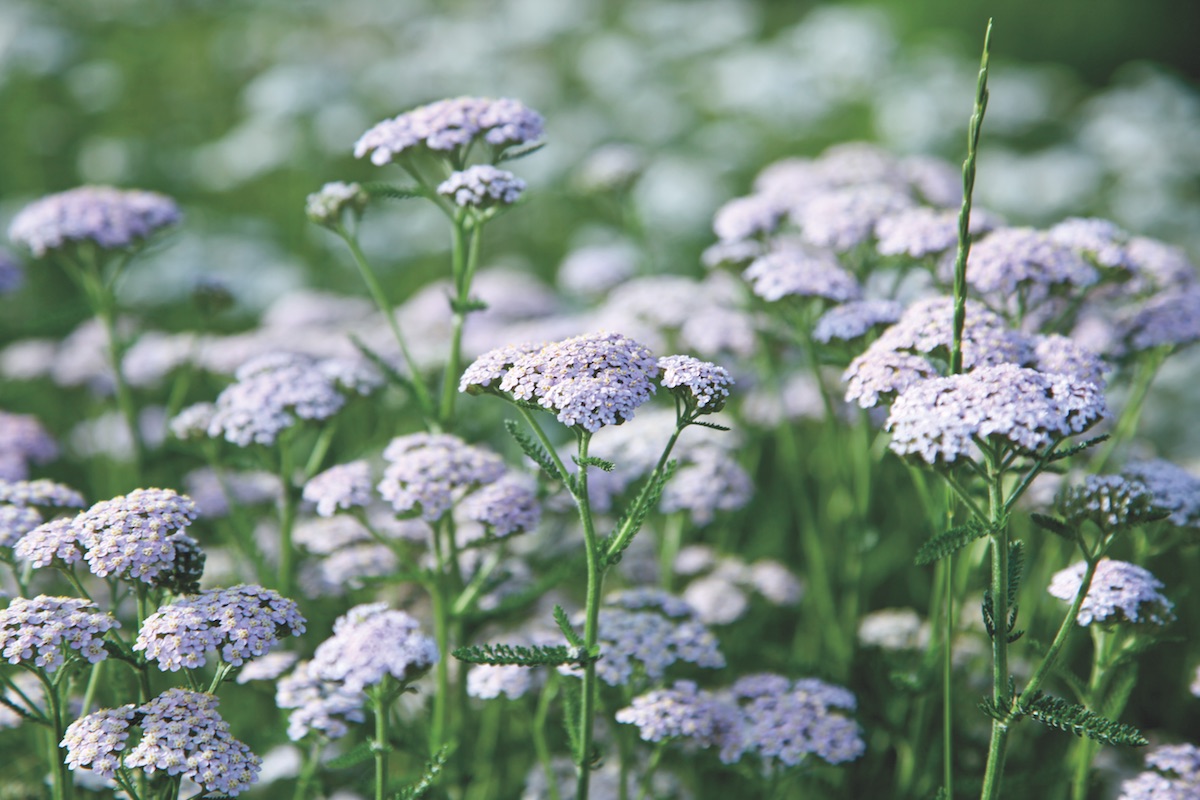 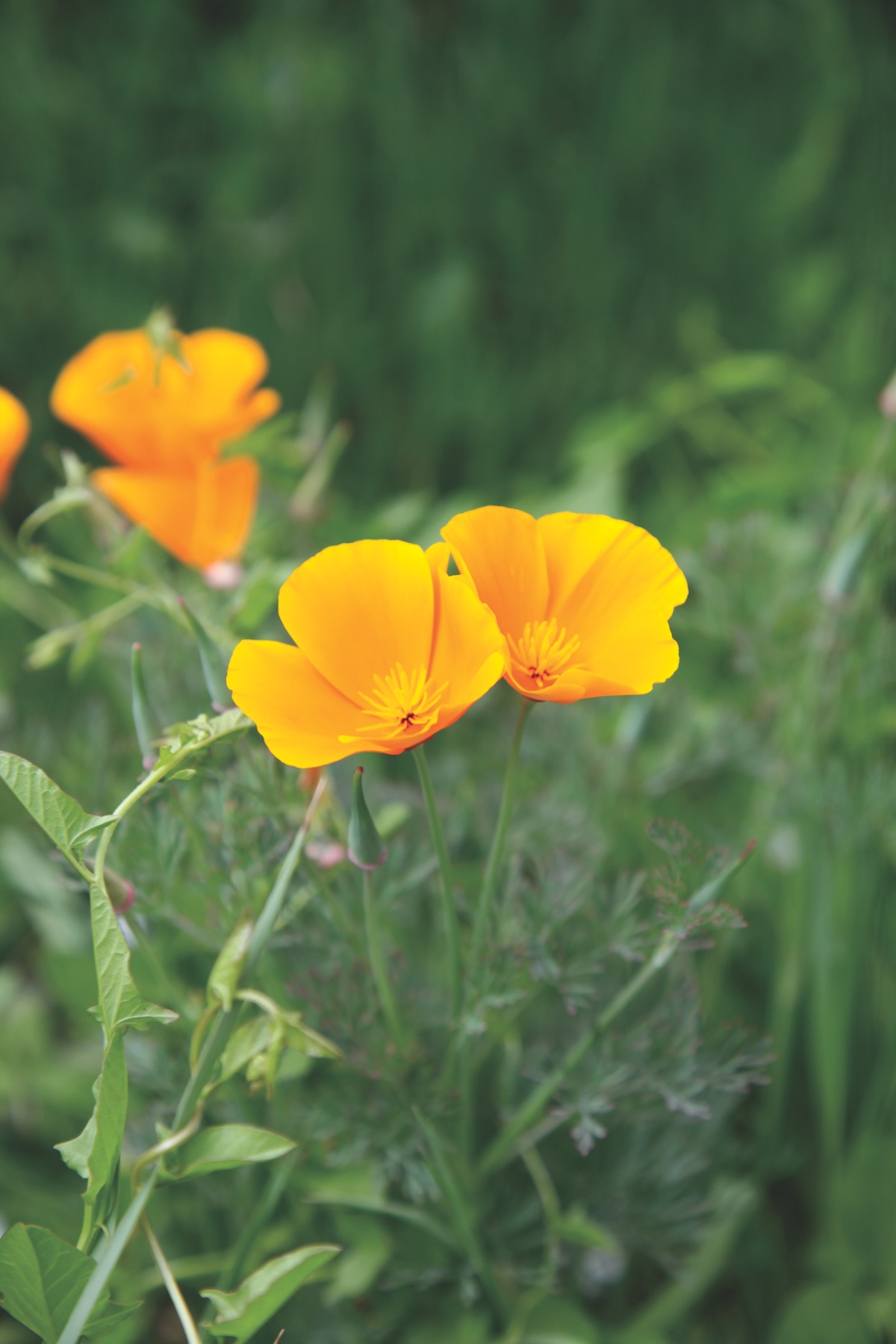 California poppies unfurl orange faces that are ripe for the picking. 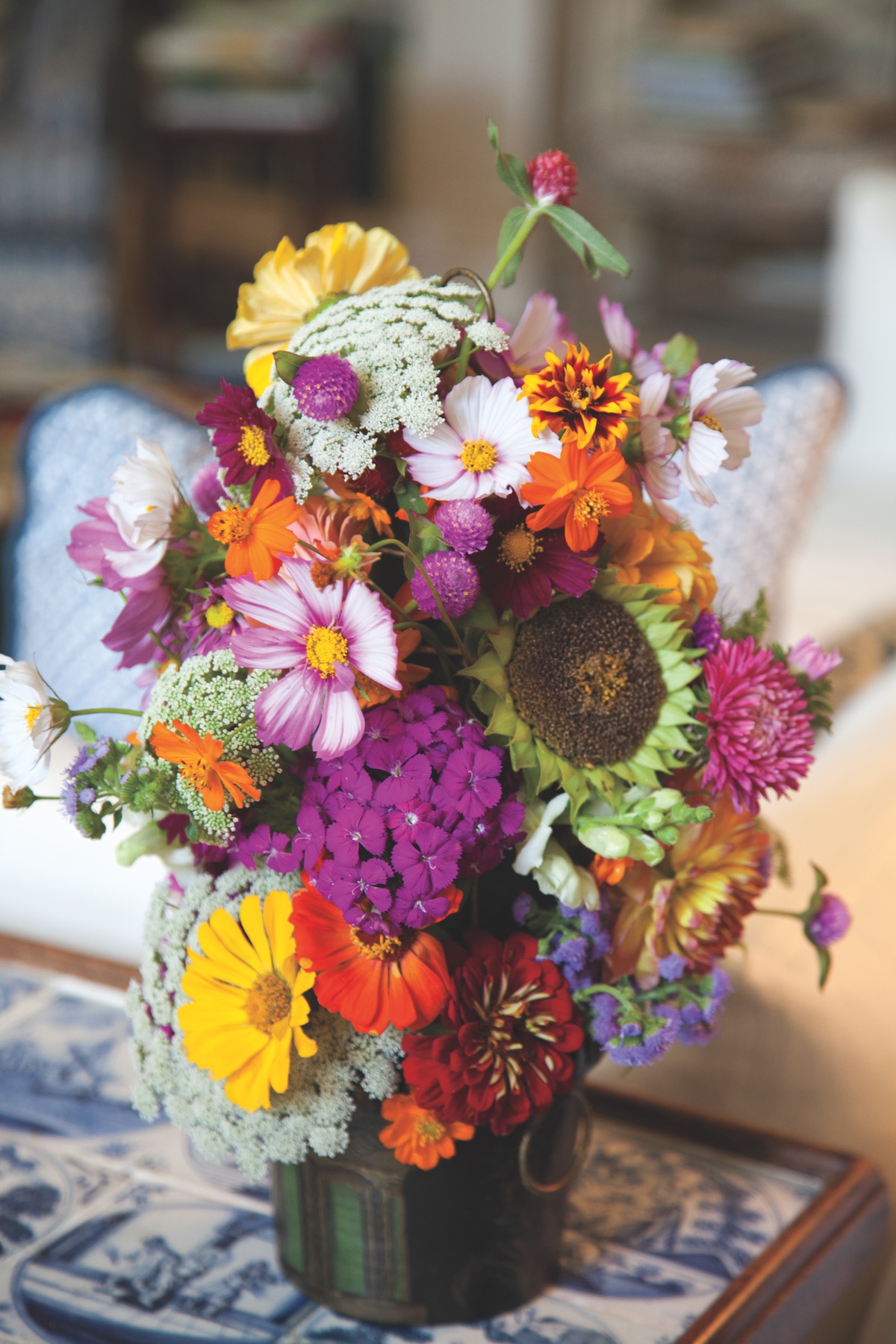 Whether gathering wildflowers roadside, tending her own garden, or arranging colorful and eclectic bouquets, Charlotte Moss always finds a way to make beautiful flowers a part of her world.

I have always been fond of what grows wild along the roadside, in virgin fields, and by the creek bed. I was always bringing home weeds. Some had colorful flowers; some had interesting foliage, curly leaves or leaves where the underside was a totally different color. Fuzzy, prickly things, berries, and wild morning glories that curled up almost instantaneously did not daunt me, because as a child, I assumed I could revive them.

I remember the lady’s slipper orchids that we found in the woods. I would dig them up and bring them home to repot them. It was as if I had made a discovery, a flower no one else knew about, and I was always so proud of my find, and optimistic for its future.

It was there in the woods that my appreciation for wildflowers and my need to explore were realized. My curiosity was both satisfied and handsomely rewarded. I learned to appreciate beauty in its natural habitat. In the wild, without a soul around, far from the street vendors selling flowers and the florist shops oozing with the exotic and the spectacular, I learned, and later in life realized, that the simple things can be the most sublime.

I love flowers like the next person—I can’t imagine anyone who doesn’t—but those childhood excursions expanded my awareness and appreciation of every blossom I have been given as a gift and each one that I have ever grown or arranged since. Wildflowers were my first encounter with selecting, collecting, and arranging. They introduced me to a world with no boundaries and no rules. Buttercups and dandelions were the necklaces we made as children, and we felt bejeweled by them. Wild violets, too fragile to pick, had to be enjoyed simply by standing and admiring. Wildflowers taught me that what there is, there is, and to make the most of it, even if a single blossom is the bounty of the day.