Ballyfin Is An Irish Gem

A visit to Ballyfin, a Regency mansion-turned-hotel in the Midlands of Ireland, evokes past days of leisurely living in the countryside with its lush landscape and impeccable interiors

Those who thrill to be immersed in a Jane Austen novel or an episode of Downton Abbey will find Ballyfin irresistible. Built in the 1820s, the opulent Regency mansion in the Irish Midlands was the seat of the aristocratic Coote family for 100 years. After Ireland gained independence, it served for decades as a boarding school before its 21st-century rebirth as a luxury hotel after a multiyear restoration. With only 20 guest rooms, Ballyfin blends intimacy and grandeur.

Matching the stately architecture are 614 acres of parkland, ancient woods, a lake, fanciful structures, and more. Predating the existing house, the setting’s 18th-century design was inspired by the naturalistic English style of the great landscape architect Lancelot “Capability” Brown. Once the property was purchased in 2002, the task of restoring the grounds fell to one of Ireland’s master garden designers, Jim Reynolds. “You could see the bones of everything that had been here or find it on old plans and maps,” Reynolds explains. “The landscape evolved over 150 years.”

Reynolds restored crumbling walls, paths, an Edwardian rock garden, a medieval-looking observation tower built in the 19th century, and a hillside grotto. To add interest at the back of the house, he created a monumental stair-step cascade topped by a neoclassical façade. “Now that it’s weathered, visitors assume it has always been there,” he says.

“You could see the bones of everything that had been here or find it on old plans and maps. The landscape evolved over 150 years.” –Jim Reynolds, Garden Designer

A stately foil for the naturalistic landscape, the manor’s restrained Palladian exterior belies the opulence within. With its intricate plasterwork ceilings, inlaid floors, antique furnishings, fine art, and sumptuous fabrics and carpets, Ballyfin evokes its 1800s heyday, a time when its residents, Sir Charles Coote and his wife, Lady Caroline, entertained the social and political elite. “The detailing was terrific,” declares London interior designer Colin Orchard, who led the hotel’s restoration. “Each room has its own identity.”

And each room has special flourishes. An ancient mosaic floor from a Roman villa graces the entrance hall. In the salon, the main reception room, a large skylight in the lofty coved ceiling illuminates ornate plaster reliefs and comfortable seating arranged before a fireplace flanked by vintage paintings. The library features built-in mahogany bookcases and scagliola (faux marble) columns. Similar columns ring the circular rotunda, which dazzles underfoot—its wooden floor inlaid with a Moorish geometric pattern—and overhead, with a coffered dome and oculus skylight inspired by Rome’s Pantheon. The restoration brought the return of ancestral possessions to Ballyfin, most notably Coote family portraits that overlook a cantilevered stone staircase from vivid blue walls.

Orchard calls the Gold Room “the showpiece of the house, the ultimate formal room.” Here the décor shifts from English Regency to the contemporaneous French Empire style, with ormolu-trimmed bombé chests and other regal Gallic furnishings. The walls are covered in a silk-and-linen damask re-created from a fragment. Its glints of gold thread complement gilded plasterwork and a chandelier that once belonged to Napoleon Bonaparte’s sister.

With their distinctive furnishings and color schemes, the guest quarters are equally singular and beautifully appointed, from four-poster beds to marble-rich baths. The style is traditional with an artful flair, as in the Trellis Room, where hand-painted walls depict a fanciful surround of trelliswork framing wisteria, roses, and tulips and overlooks a fountain and private garden.

Guests enjoy strolling in the 4½-acre walled garden, which supplies cut flowers and produce for meals at the all-inclusive hotel. It is a nod to the old days of life at Ballyfin when, as Reynolds notes, “if you needed something, you had to grow it yourself.” The grounds also offer recreational options like boating and fishing on the lake; shooting; archery; and exploring 10 miles of pathways by foot, bicycle, horseback, carriage, or golf cart. By design, a sojourn at Ballyfin hardly feels like a hotel stay. As Reynolds says, “It’s more as if you were visiting an aristocratic friend in the country.” 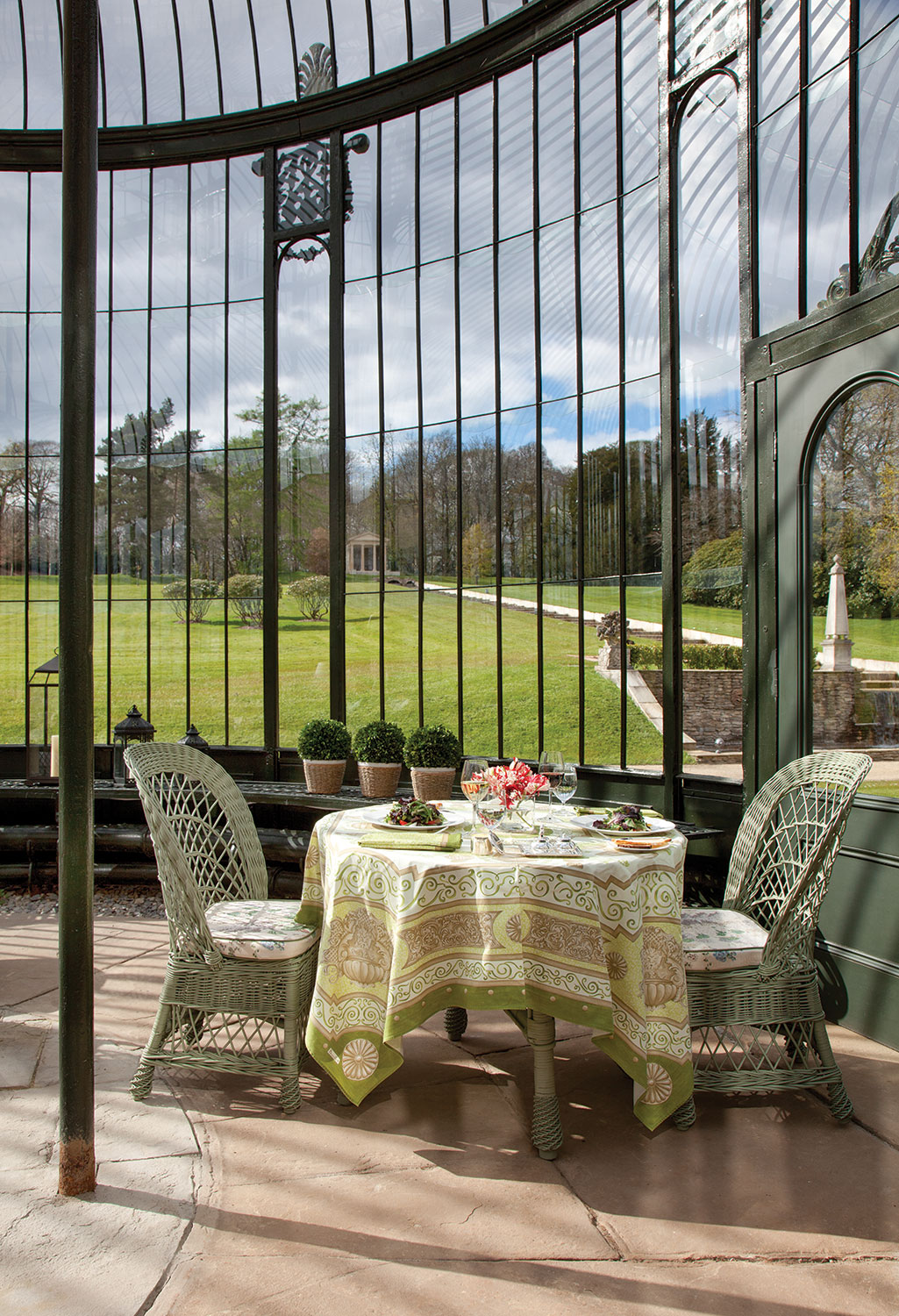 Brought back from ruin, the vintage conservatory doubles as a dining area. 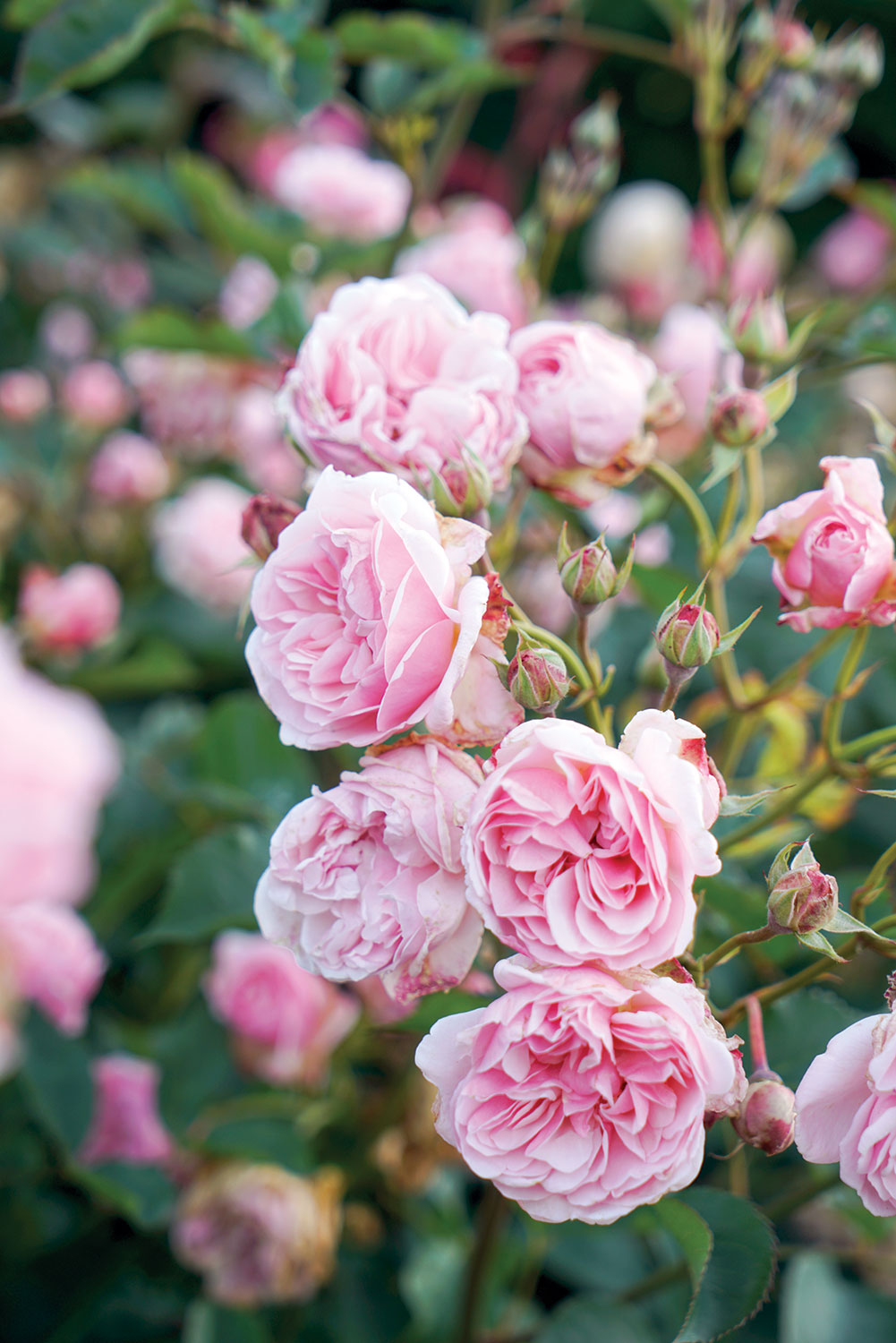 A surfeit of roses. 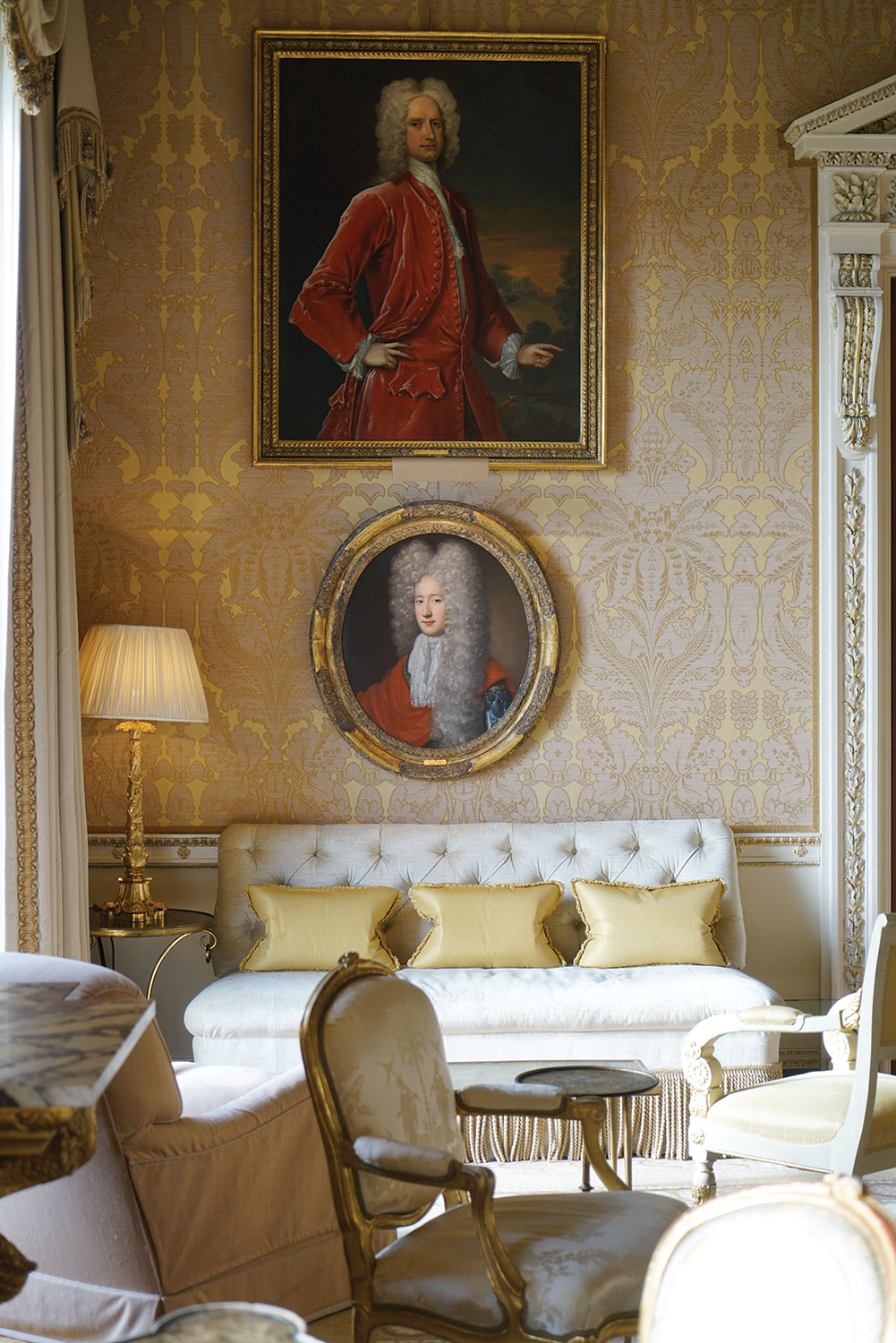 Details in the Gold Room. 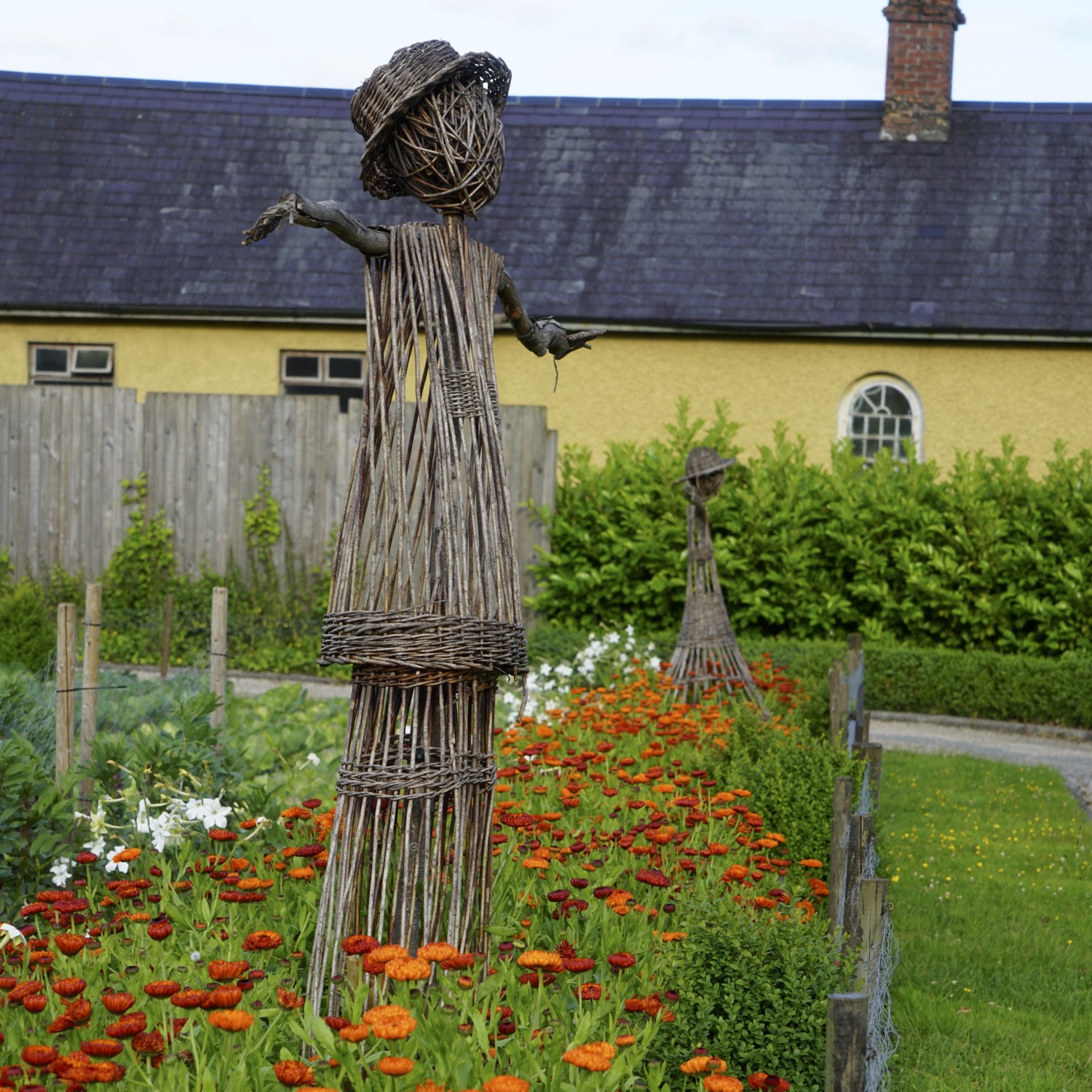 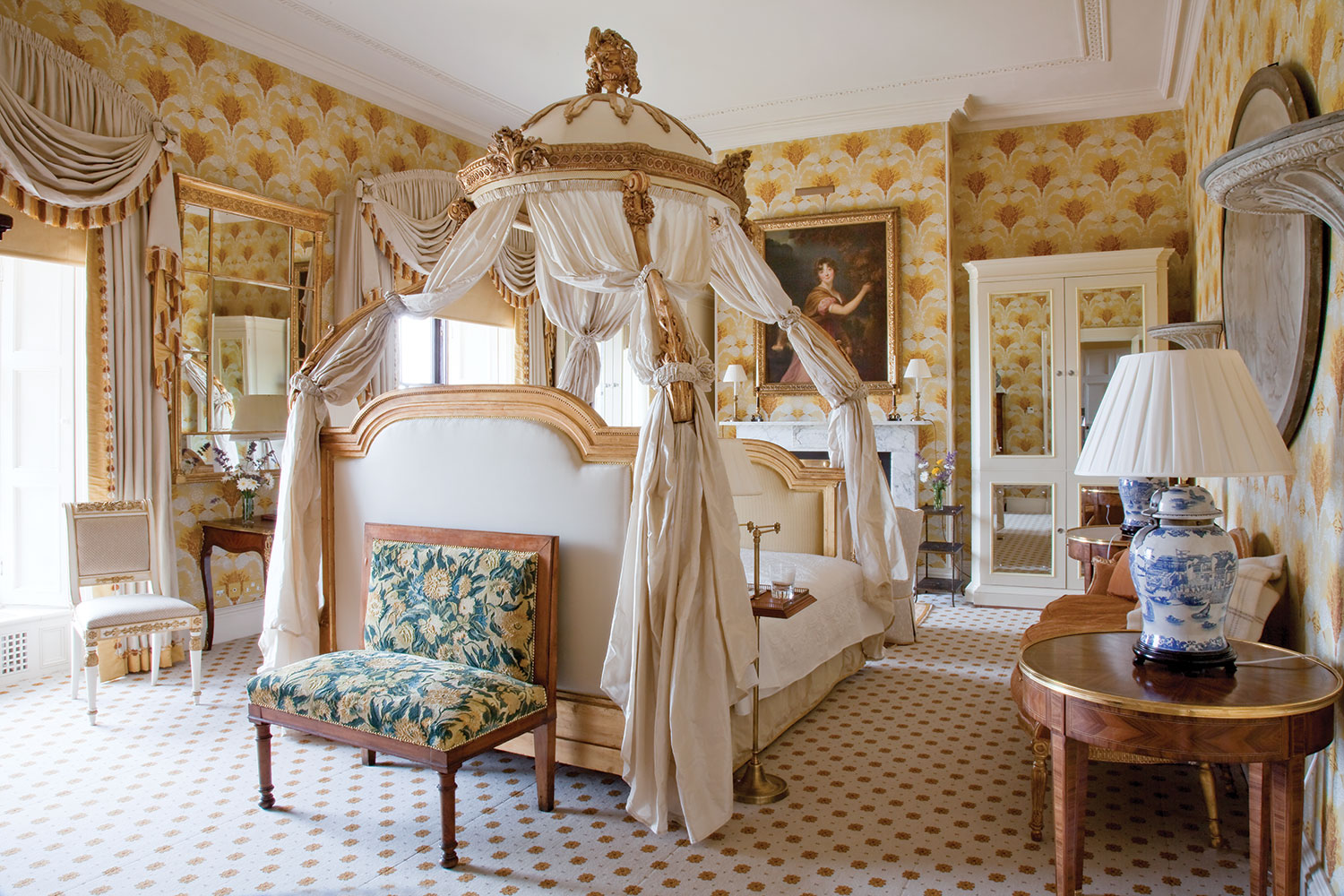 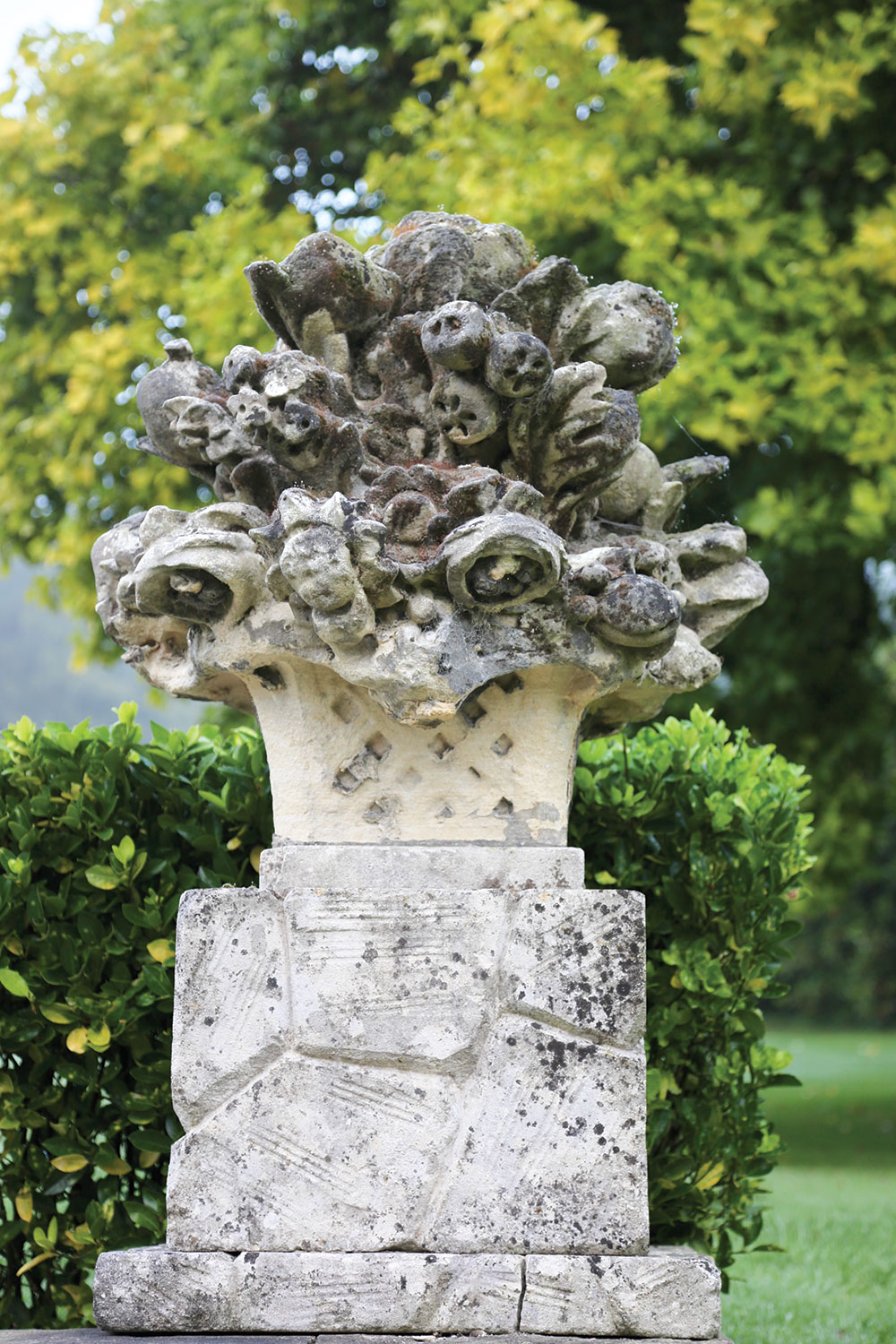 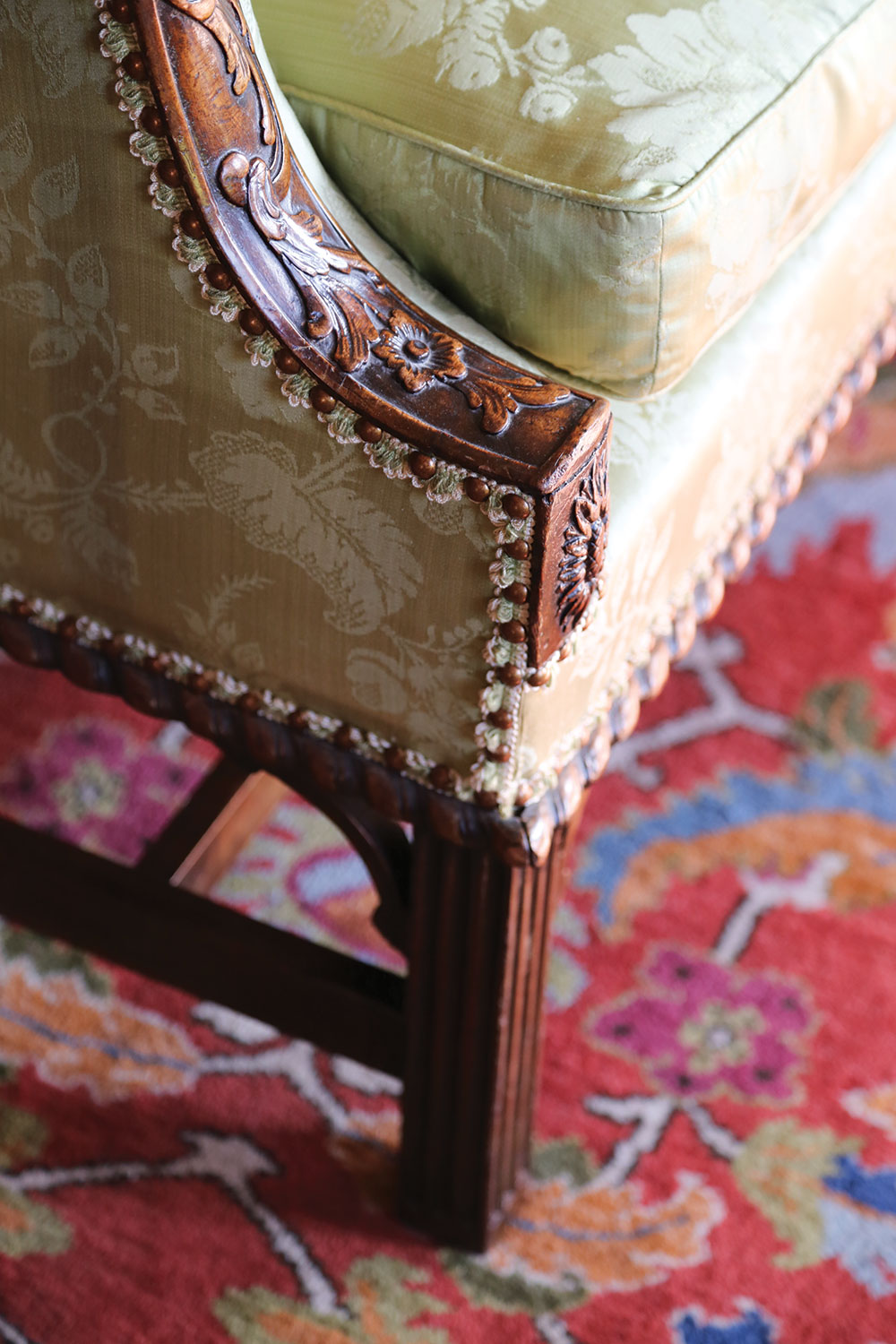 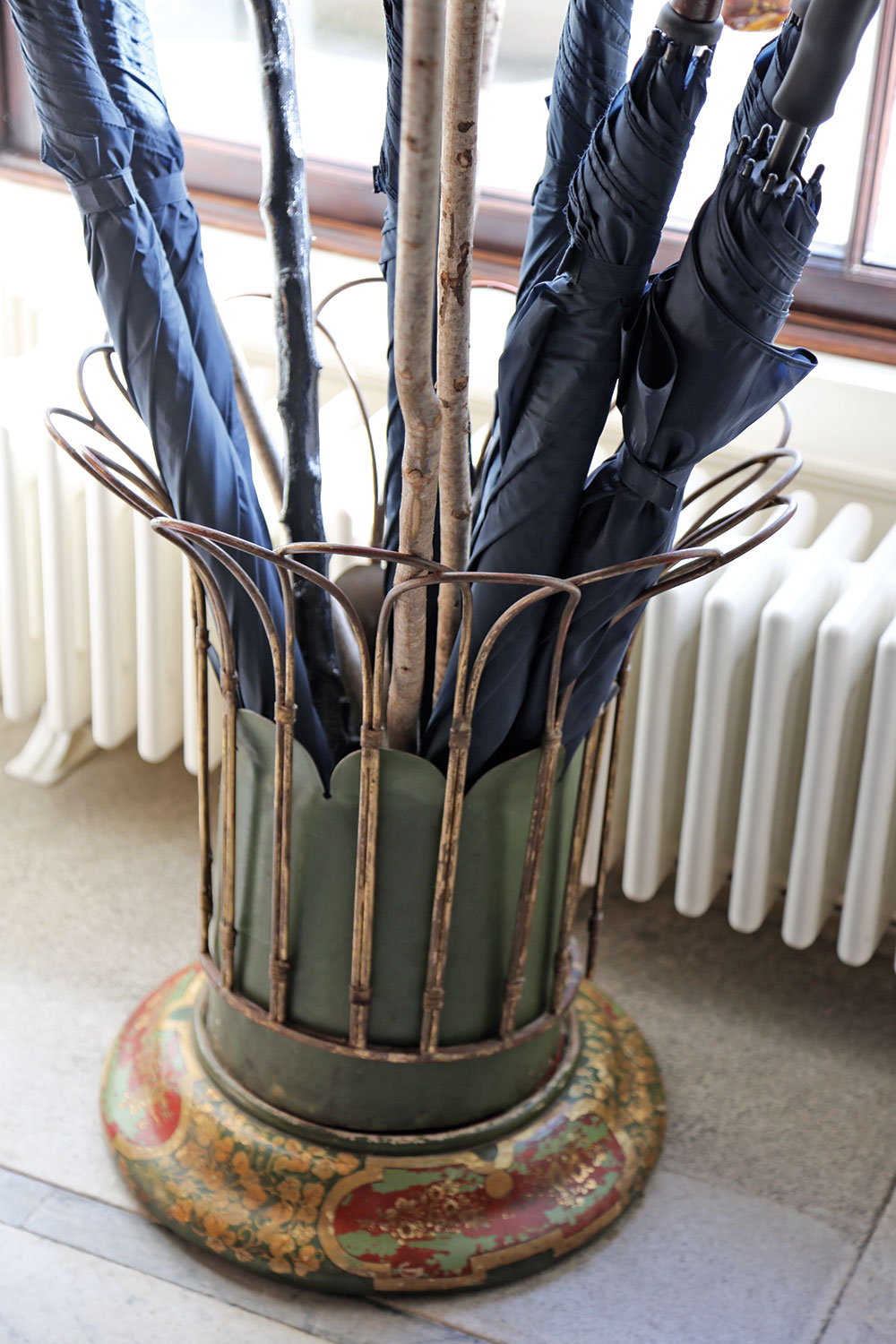 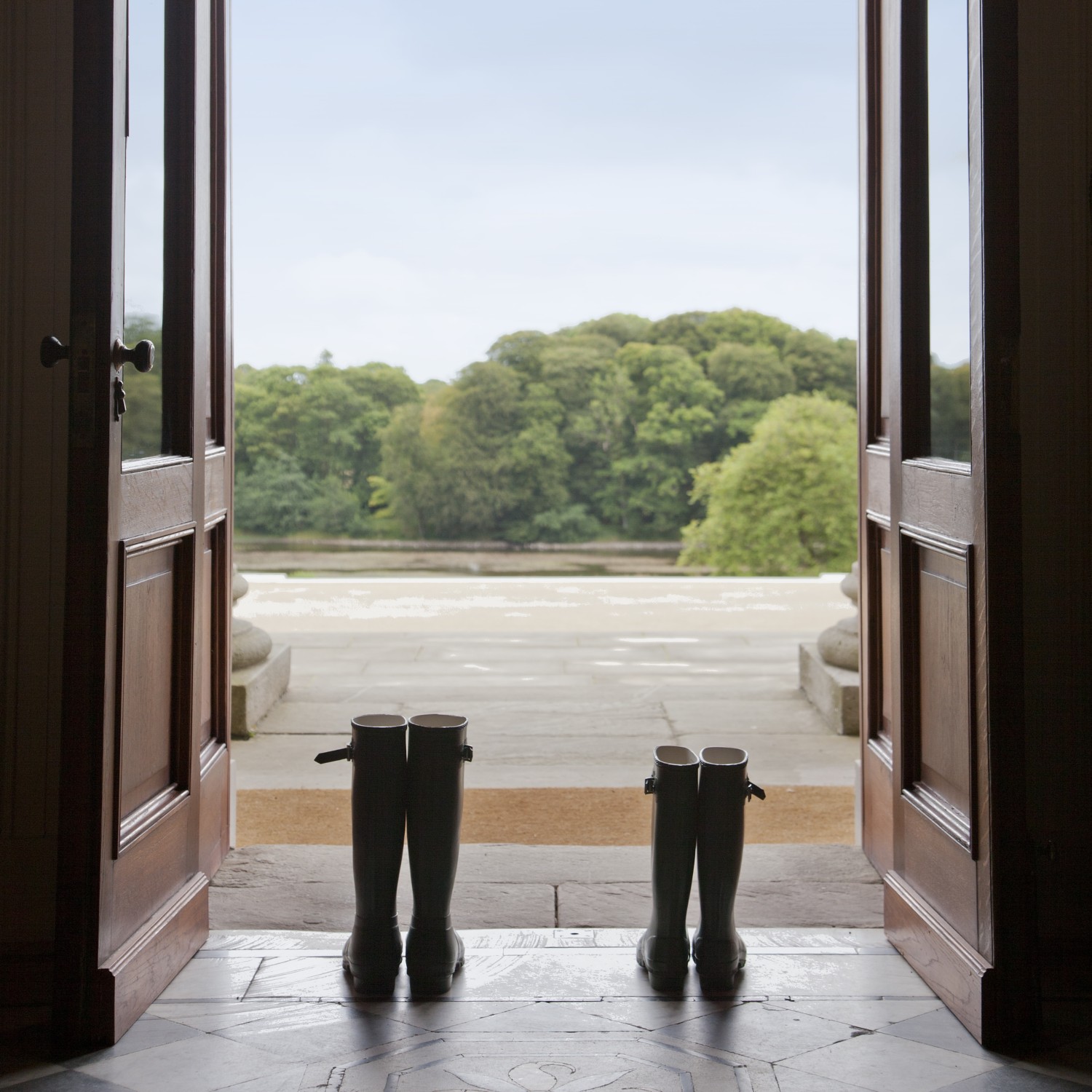 By Jeff Book | Photography by Charlotte Moss and provided by Ballyfin