A Moroccan Dream Hotel and Gardens 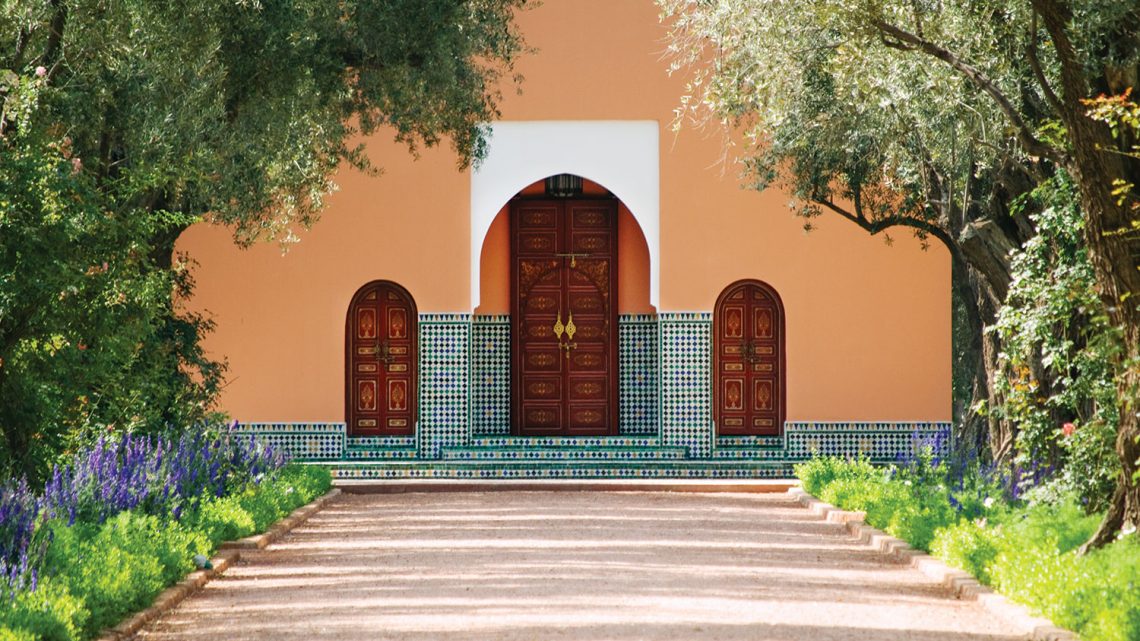 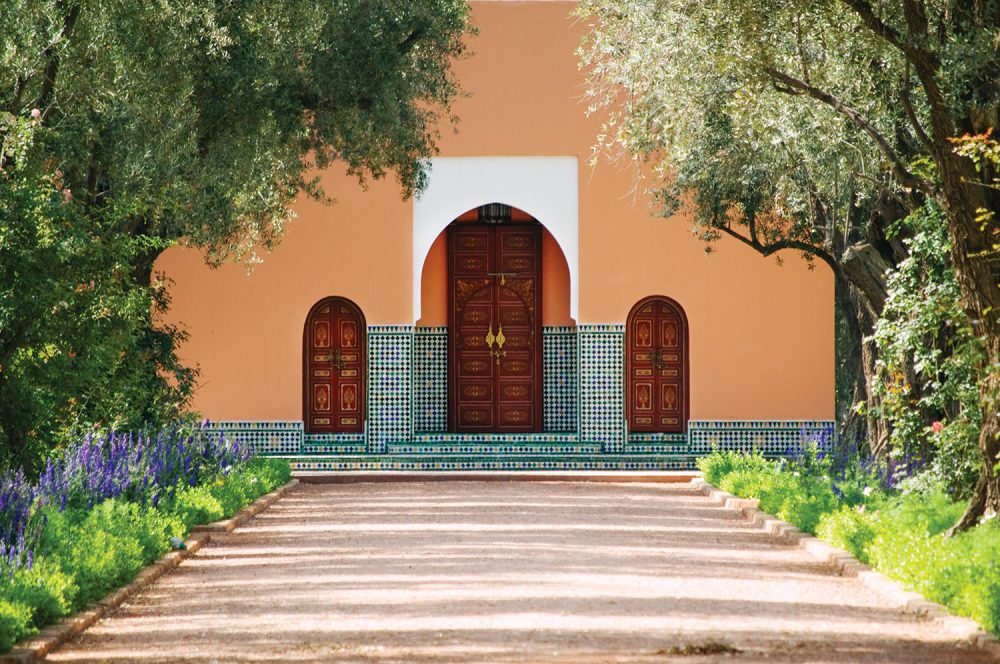 The Menzeh pavilion at the La Mamounia hotel shows off signature tilework and arch detailing.

Located in the center of Marrakech and dating back to the 18th century, La Mamounia was originally a garden given to Prince Al Mamoun as a wedding gift from his father, the Sultan. The hotel opened in 1923 and soon drew an international elite, including Winston Churchill (for whom one of the bars is named). It reopened in 2009 after a lavish makeover by French architect Jacques Garcia. 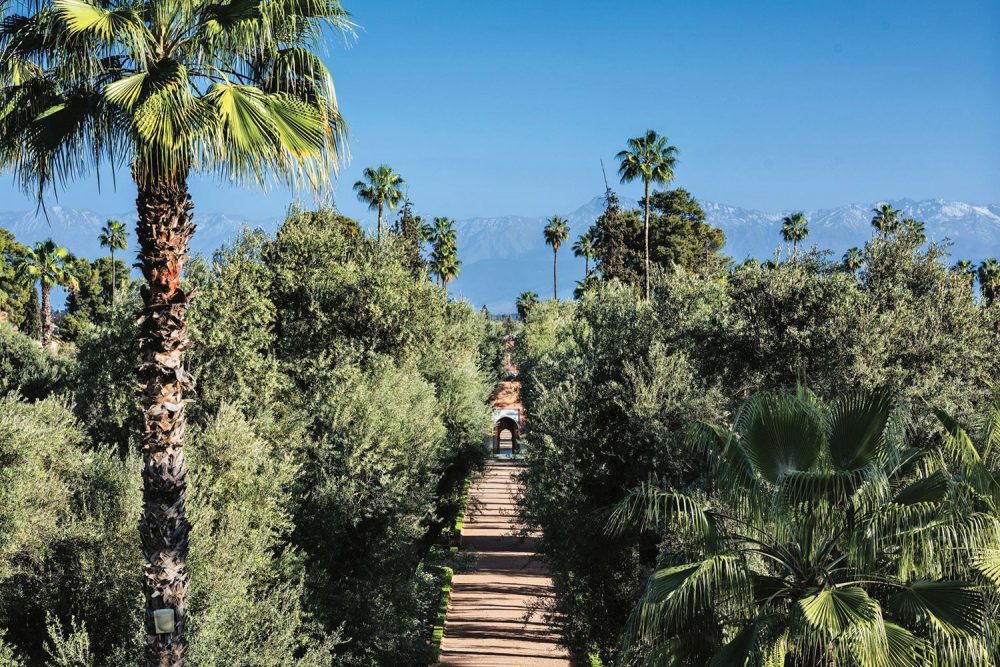 Rich in intricate Moroccan tilework, keyhole arches, and burbling fountains, the La Mamounia hotel and its surrounding gardens conjure a vision out of The Arabian Nights. With a backdrop of the snowcapped Atlas Mountains, the grounds embody an ancient Islamic ideal: the garden as earthly paradise, appealing to all the senses. It contains hundreds of orange, lemon, palm, Barbary fig, and centuries-old olive trees, along with geraniums, jacarandas, agaves, thousands of roses, and 21 species of cactus. 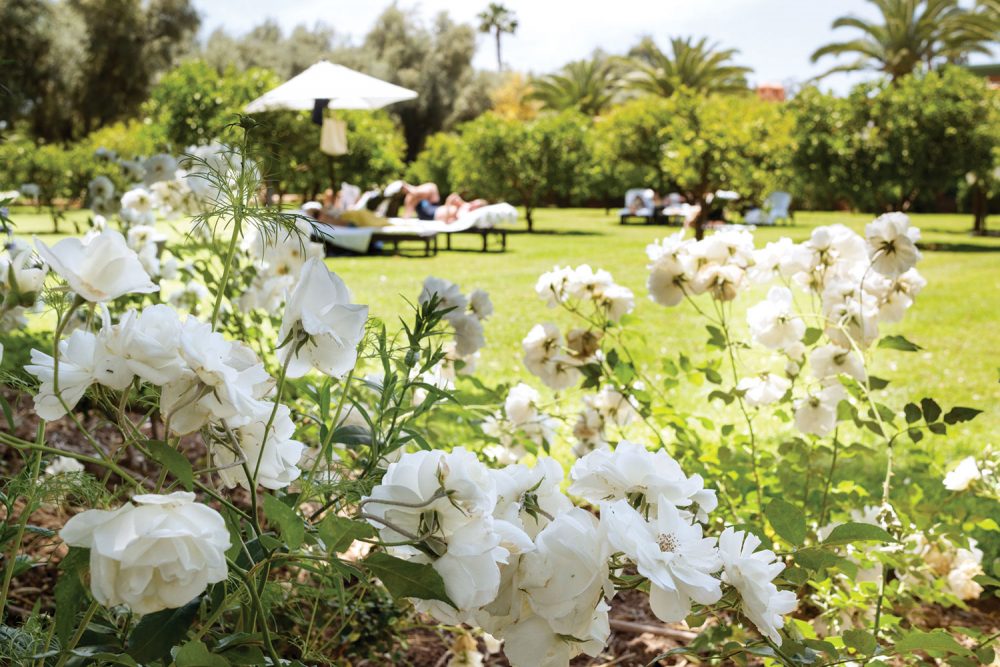 The gardens are designed to look natural, although the work of many passionate gardeners has been in play for almost a century.

“The garden is organized in a studied confusion, akin to a state of natural wildness,” says Lamia El Ghorfi, the hotel’s director of communications. Guests can play boules amid the citrus trees or enjoy pastries and gelato in the exotic Menzeh pavilion. Chefs frequent the herb and vegetable garden to harvest fresh avors, including verbena and Madagascar lemongrass, vegetables, and Borji mint—the essential ingredient of Moroccan tea. Guests are encouraged to explore all parts of the gardens, which offer a soothing refuge from the hurly-burly of Marrakech. 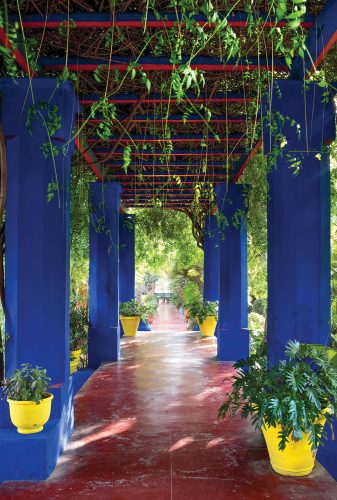 Established in the 12th century, the nearly 250-acre Jardin Menara features a 16th-century pavilion and a reflecting basin surrounded by orchards and olive groves with views of the Atlas Mountains.