The Allure of Loire Valley

Francophiles declare this region of France an essential destination for travelers enchanted with storied châteaux and picturesque landscapes. Find out what to see and where to stay.

The ornate gardens of Château Villandry, the last great château in the Loire Valley built during the Renaissance. (© ADT_Touraine/Loïc Lagrade)

The Loire River flows through the central region of France, and in its lush valley sit 22 pedigreed châteaux that comprise a UNESCO World Heritage Site only two hours from Paris. The area beckons with its visual narrative of turrets, towers, and gardens—picturesque villages, farms, and rolling vineyards all perched on a meandering route along France’s longest river and its tributaries, attracting more than 3 million annual visitors. 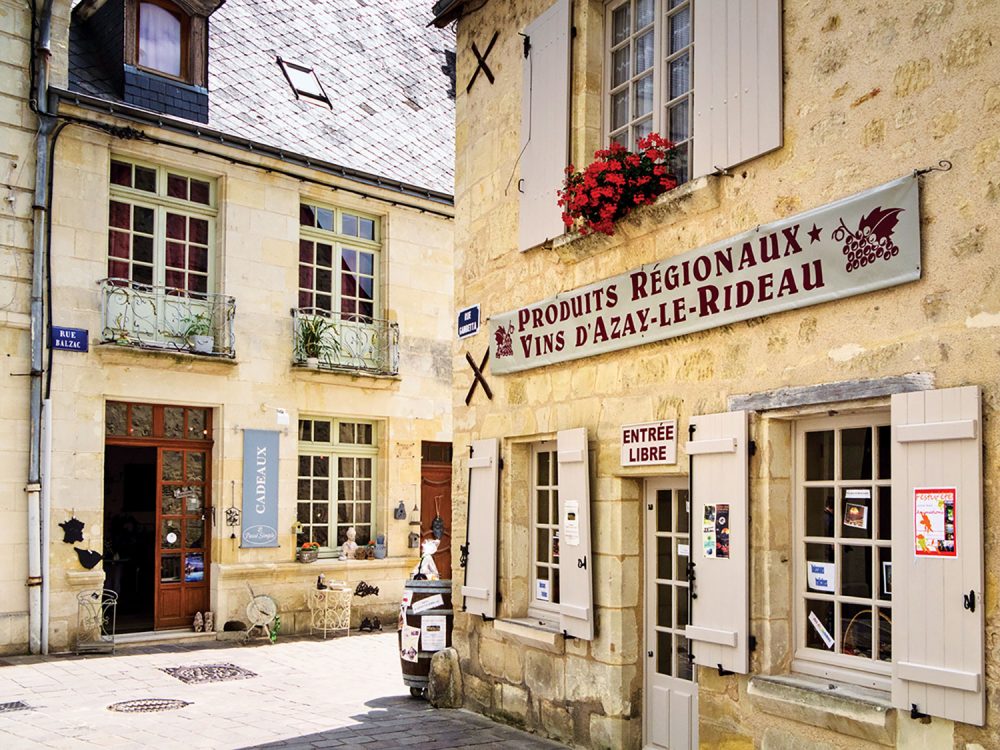 A charming shopping street in the town of Azay-Le-Rideau, where the 16th-century Château D’ Azay-Le-Rideau is located (incamerastock/Alamy,)

The scene of royal intrigue and extravagance, the unsullied Loire Valley existed as a favorite trysting spot for centuries. Known as a part of the country that had it all, it offered even more reasons to visit in 2019—the year France commemorated the 500th anniversary of the Renaissance and applauded the completion of the remarkable gardens of Château de Chambord.

Gardens “Approximately the Size of Paris”

As the largest château in a valley where dozens of notable castles vie for attention, Chambord flaunts pile-it-on architecture that ranges from medieval to classical Renaissance. Begun in 1519, during the reign of King François I, the building, which features large F motifs and salamander symbolism, boasts a double-helix staircase, 365 fireplaces, and more than 400 rooms. By 1682, King Louis XIV had commissioned the design of two elaborate gardens enclosed within the estate’s 22-mile wall. The vast pleasure park was further refined in the 1730s with allées, groves, and water features that thrived for more than 50 years before falling into a period of neglect following the French Revolution.

The gardens languished as the château changed hands over the next two centuries. Finally, Chambord caught the attention of American financier and philanthropist Stephen A. Schwarzman, who in 2016 pledged a generous 3.5 million euros to recreate them. Today, after years of scholarly research and labor, the 16-acre formal gardens have been restored to 18th-century high points and opened to the public.

“The castle (at Chambord) is one of the most extraordinary buildings in the world, and the grounds, which are approximately the size of Paris, constitute the largest enclosed estate in Europe. I thought the castle looked incomplete when I saw it for the first time since there were no gardens surrounding it, and now (after restoration) I am enthusiastic about the remarkable scene.” — Philanthropist Stephen A. Schwarzman

Expressing pleasure with the graceful design that is an exact replica of the one laid out in the 1730s, he said, “Since the original was planted in the mid-18th century, the gardens figured prominently in our recent 500-year celebration of the French Renaissance itself.”

Evolving from the foot of the northern façade, the grounds of Château Chambord include lawns “embroidered” with patterns, parterres, and hedging, as well as an additional 600 trees, 800 shrubs, and 200 rose bushes. Among the 15,000 perimeter plants that form the vignette, certain species, such as disease-prone boxwood trees, have been replaced by small-leaved Japanese spindles and masses of hardy perennials. It’s not surprising that the new horticultural vision drew more than a million visitors in its first year. And while the official 500-year anniversary is over, there is always a bounty of beauty and wonder in the historic château-rich region.

More Scenes from the Loire Valley 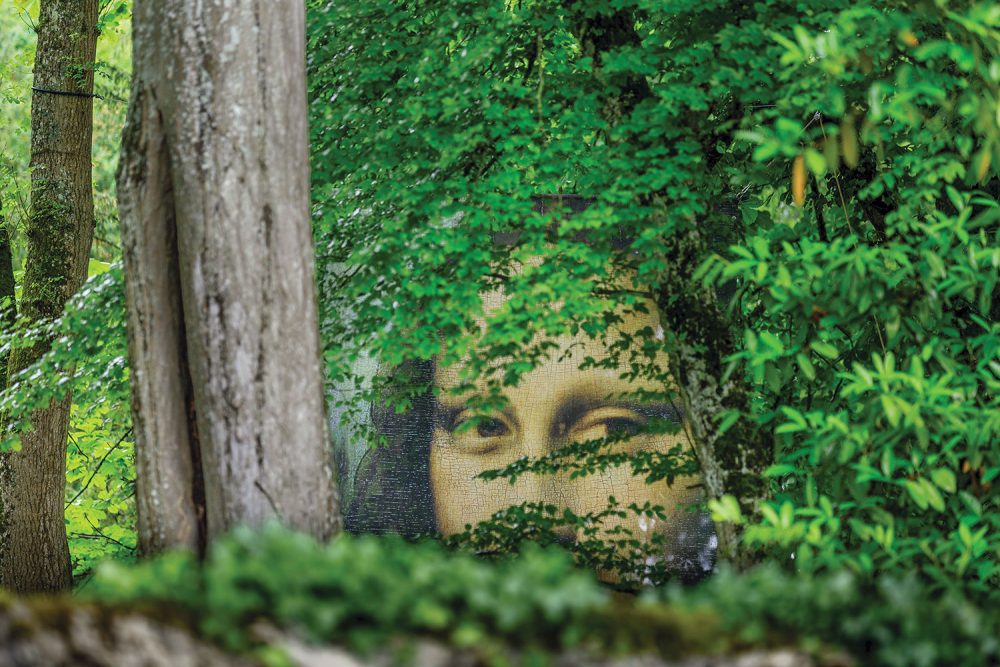 In the Leonardo da Vinci Park and Gardens at Château du Clos Lucé in Amboise, translucent canvases suspended in the trees feature faces from some of Leonardo’s most famous works. (Hervé Lenain/Alamy)

Where to Stay in the Loire Valley

The chic interiors of Le Relais de Chambord, on the bank of the Cosson River, speak to its contemporary sensibility in 55 spaces dominated by dramatic wall murals of the castle.

The restored Château le Prieuré preens from its hilltop location. Inside, 21 bright accommodations get rave reviews. Downstairs, the gourmet Castellane propelled guests to dub the hotel, “a restaurant with rooms.” 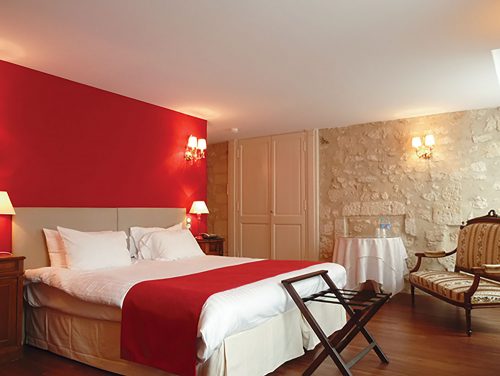 Les Hauts de Loire, a former 19th-century hunting lodge clad in red pepper vine, is a nature lover’s dream. The sophisticated hostelry is located between Blois and Tours, amidst ponds teeming with wildlife. 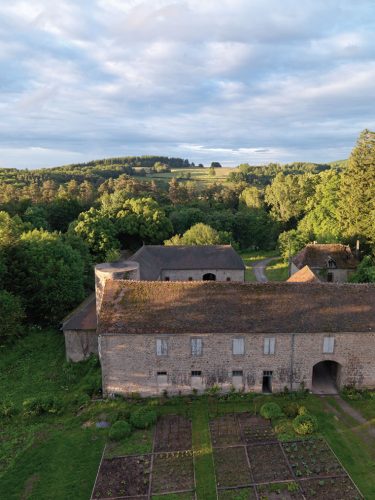