Casting a Spell with Pennoyer Newman

For longtime fans of Martha Stewart, the extraordinary collection of planters—hefty antique English lead pots, vintage concrete and limestone pieces, and contemporary specimens—used in her gardens from East Hampton to Bedford, New York, and beyond are as familiar a sight as her climbing roses, chartreuse lady’s mantle, and verdant ferns. These containers’ muted gray tones serve as a foil for all the lively colors of the flora she cultivates.

But even the keenest observer might be uncertain which vessels are old and which are new because some of Stewart’s planters were crafted by Pennoyer Newman, a New York firm known for casting resilient, lightweight, weather-braving pots based on estate finds.

Cecily Pennoyer founded the casting company in 1989, using resin mixed with pummeled marble and rock to create innovative doppelgangers of antiques. Her special blend allowed moss and lichens to grow on the exterior, giving her pots organic patina.

Along with her interest in science and passion for art history, Cecily had an unusual familiarity with garden containers thanks to her in-laws, the storied Morgan family of financiers and art collectors (Cecily’s late husband, Paul Pennoyer, was the grandson of J. P. Morgan Jr.). She was inspired by objects like the spare Nile River vessels Morgan brought back from a trip to Egypt and urns from his rose gardens at ivy-covered Wall Hall in Aldenham, England.

Today, when Virginia Newman, now co-owner of Pennoyer Newman, and Cecily’s daughter, Dinny Pennoyer Nadai, display the company’s wares at garden shows, they decorate their booth walls with images of his tapestries and Oriental rugs, nodding to the Morgan era.

“From the start, we have had a steady stream of calls from people asking us to restore old planters, including lead, ceramic, bronze, and terra-cotta pieces,” says Newman.

Whether the client is Martha Stewart, the British Embassy, or Old Westbury Gardens in New York, Pennoyer Newman will painstakingly repair the original object, so that it may be preserved, then cast a replica that will be easy to move and able to withstand harsh conditions year-round.

“We look at each one, reviewing the craftsman’s techniques, how corners were formed, how seams join, how wall interiors are finished, and how exterior carvings and reliefs form the whole object.” — Virginia Newman, co-owner of Pennoyer Newman

According to Newman, the company’s most challenging project to date was the two-year-long endeavor to repair and fully recast Old Westbury Gardens’ Diana the Huntress.

“This was an intimidating assignment because the statuary was originally created in 1732 and was in many pieces upon receipt,” she says.

Towering Diana (she’s 7 feet tall) traveled from France to New York in the 1920s, taking up residence in Old Westbury’s colonnade. For 88 years, she was moved in and out of doors each spring and fall, which eventually caused the original terra-cotta earthenware to break down, cracking and detaching her limbs.

Using a mixture of clay and plaster, Pennoyer Newman restored Diana’s original form, rewiring limbs as necessary. Next, they made molds of each body part and cast a portable replica for public display. 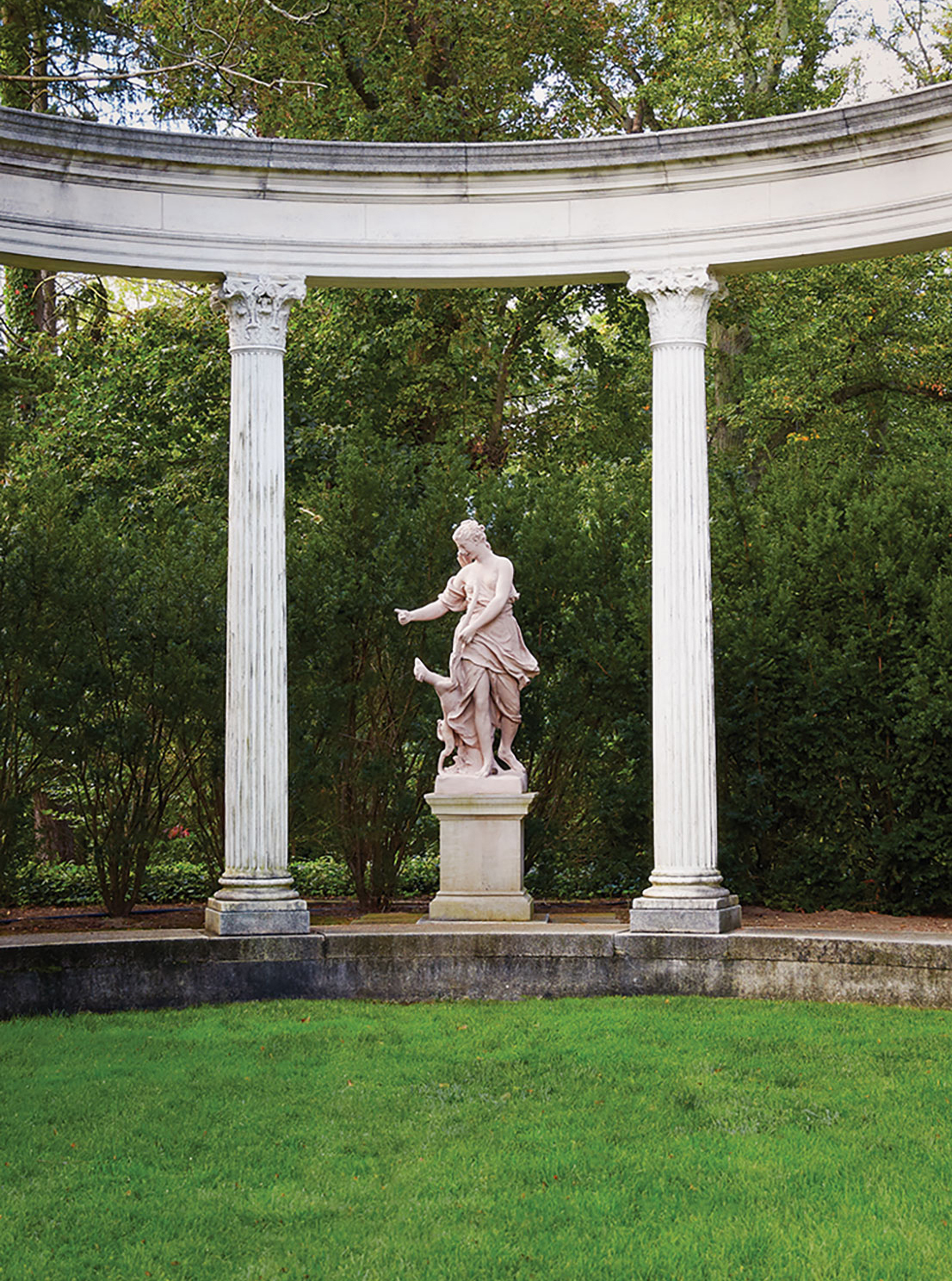 Diana and her canine companion on display in the center of Old Westbury’s colonnade.

However, Pennoyer Newman’s repertoire extends beyond the grand. Architects and interior designers such as Bunny Williams and Katie Ridder turn to the company for a broad range of pots and garden elements.

The catalog, which now encompasses 500 items, includes modern rectangles, L-shaped planters, and trapezoids to fit challenging spaces such as rooftop gardens. Newman and her team have also cast modern farmhouse styles from wooden originals and “galvanized” designs along with grapevine basket looks.

“Natural grapevine baskets are beautiful but extremely impractical for long-term use in the garden; thus we’ve cast several styles in our own materials to make them impervious to water,” she says. “Similarly, wooden planters and galvanized buckets often leave rust rings on rooftops, but a resin alternative won’t.”

Whether her clients are working with spaces small or large, they are choosing not just planters that complement outdoor eating areas and kitchens, but also Pennoyer Newman’s easy-to-move modern chairs and tables. The firm’s organic Modern Stone Seats read like contemporary sculpture in the garden but are specially reinforced to hold a person’s weight. Pots are now used to grow vegetables, and customers are considering styles that flow with their interior decor.

Ridder, an accomplished gardener who happens to be married to architect Peter Pennoyer (Cecily’s nephew), is known for her refreshed approach to classic design and her penchant for pattern, indoors and out. Pennoyer Newman’s shallow egg-cup-shaped Ridder Round Planter, named for the designer, looks at once ancient and modern.

“I like to grow a mound of moss in it or something simple and green that spills overs the edges,” Ridder explains, to maximize its artful lines.

Observes Newman, “Creating a sense of place is as critical to the outside of the home as it is to the inside.” 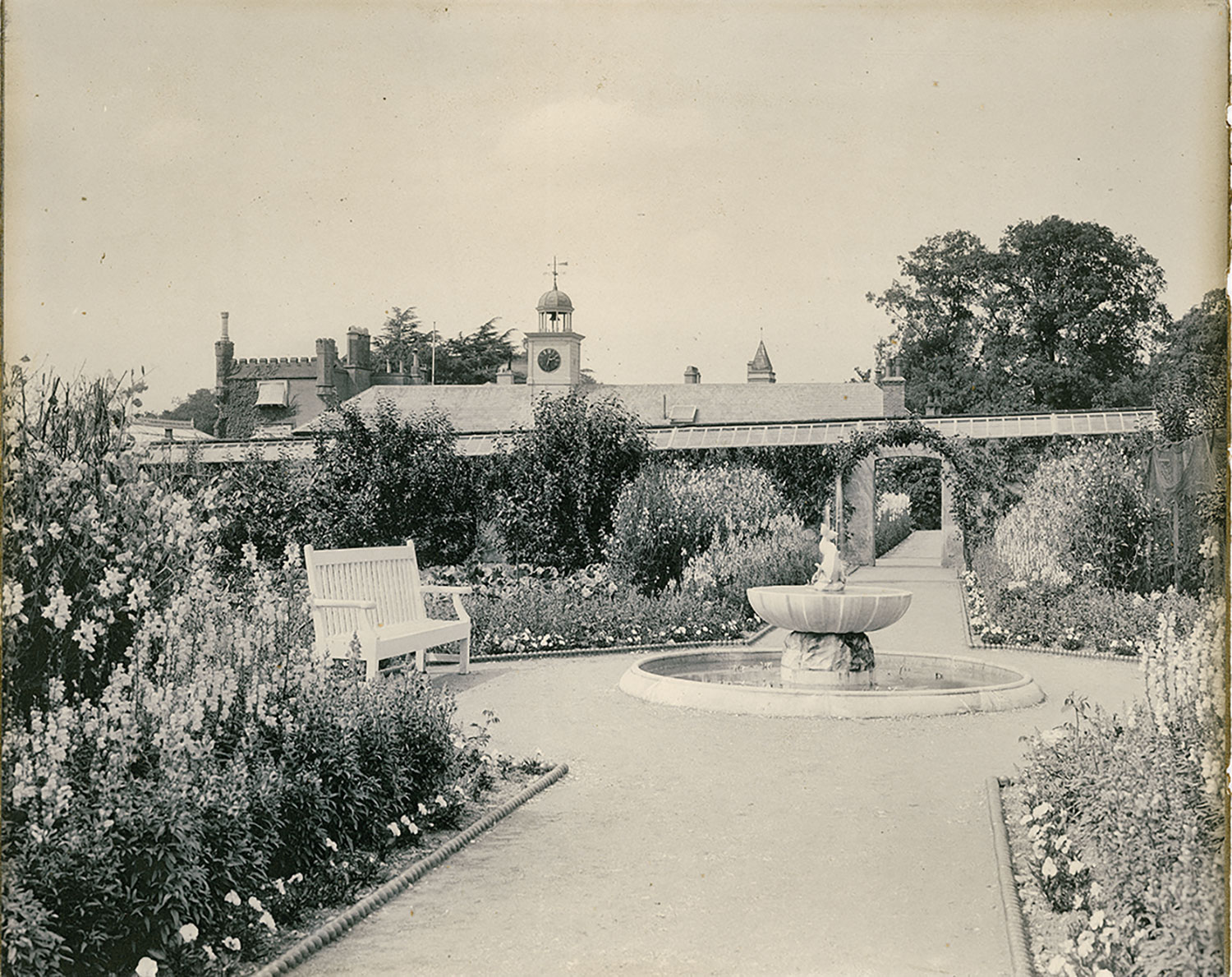 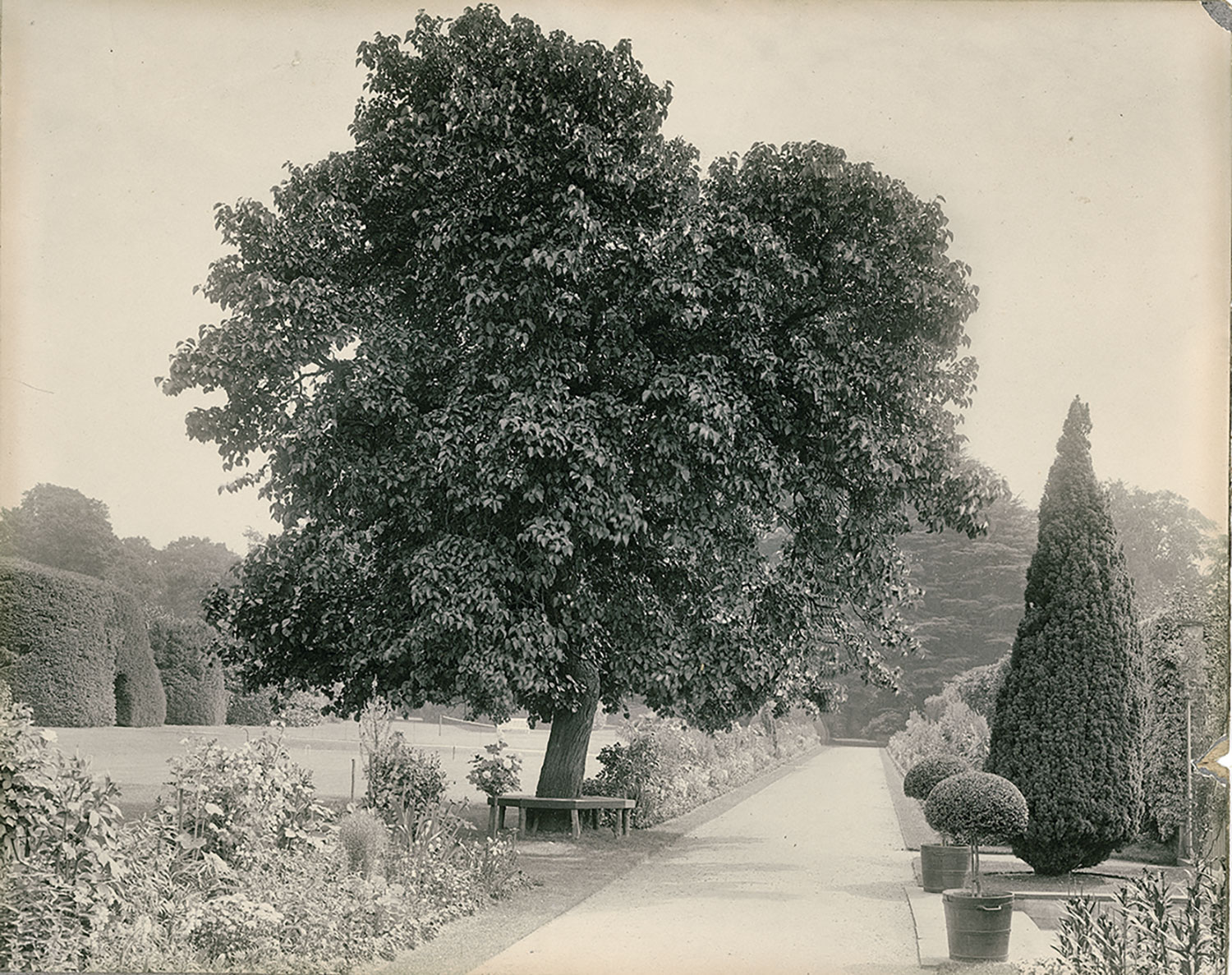 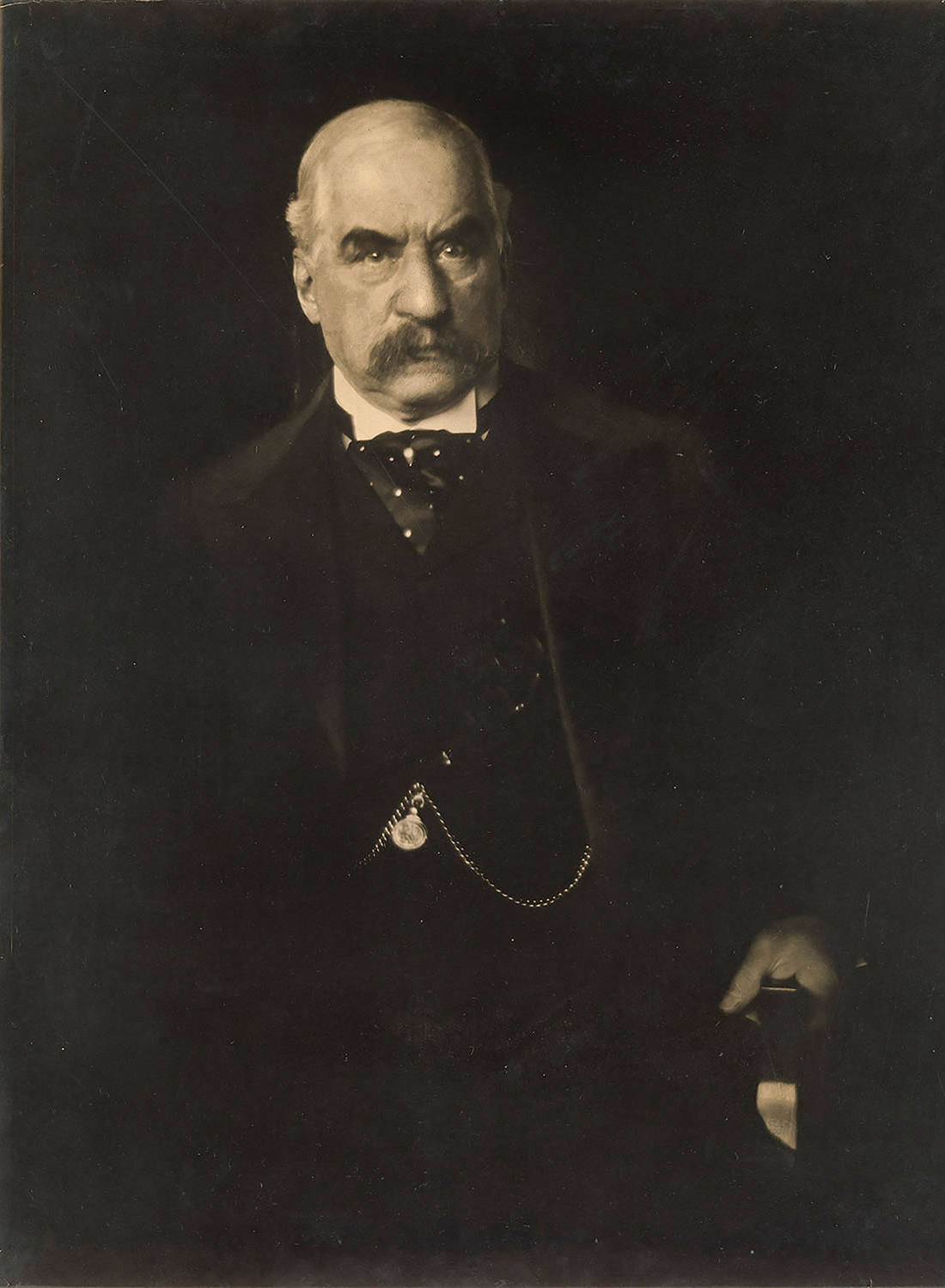