A Ladies’ Tea with Lela Rose

“I love the pomp and circumstance of a formal gathering, but I’ve also never met a tradition that I didn’t want to run my bike tires over,” says Lela Rose, fashion designer and author of a new book called Prêt-a-Party: Great Ideas for Good Times and Creative Entertaining (Rizzoli New York, October 2015). Thus it was no surprise that when she hosted an early-September gathering of girlfriends, she shook up the idea of afternoon tea by infusing cocktails and an ever-so-sassy sense of humor into the mix. Rose recruited good friend and interior designer Celerie Kemble to cohost, and Kemble’s rooftop terrace in Manhattan provided the picture-perfect backdrop for the festivities.

“My general goal, in work and in play, is to mix a refined uptown polish with idiosyncratic downtown fun.” –Lela Rose

This event took place in early September so my guests would have one last opportunity to put on their colorful, springy Lela dresses before the cold set in. It was also right after I had shown my spring collection in New York, so I was in the mood for an afternoon of leisure—and cocktails.

I love to entertain at a friend’s house because it gives me the chance to root around in their cabinets and closets for things to put together a table with. It is such fun to see what friends have bought and collected over the years, and put those things to use in a way that feels fresh and new—usually for both of us.

Celerie and I set the table with a mix of traditional pieces and some surprising tongue-in-cheek touches. We put antique teapots on platters and used them as vases, then added a bunch of silver flasks and colored glass liquor bottles. I rarely decorate with flowers—too expected for my taste—but here, hot pink cockscombs were the perfect way to express the ladylike and lively atmosphere.

I painted plain white china in a plaid pattern taken from my spring collection and made napkins and ties for the servers out of a leftover floral fabric.

No matter how dressy or casual the gathering I’m hosting, I always make place cards when there is a seated meal and use them as another opportunity to play up the event’s theme. Here, I christened each guest with a “tea-quila name” for the afternoon, which I wrote in calligraphy on a petal pink card and placed in a gilded bamboo place-card holder.

All of the dishes I served were twists on a traditional tea-party menu, riffs on cocktails and drinking, or both. We served “toasted” finger sandwiches, turnips and radishes dipped in butter, salt, and vodka, shot glasses of ceviche, and several bracing cocktails we invented for the occasion. 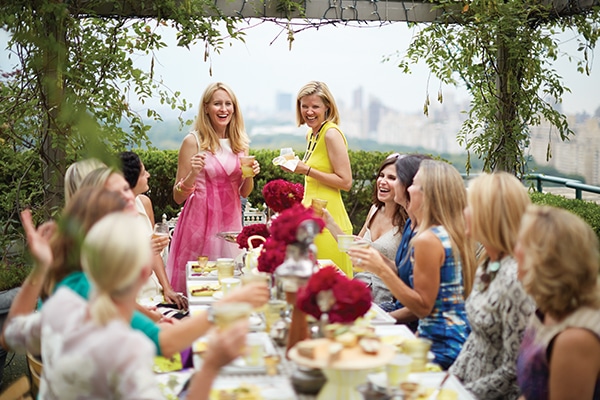 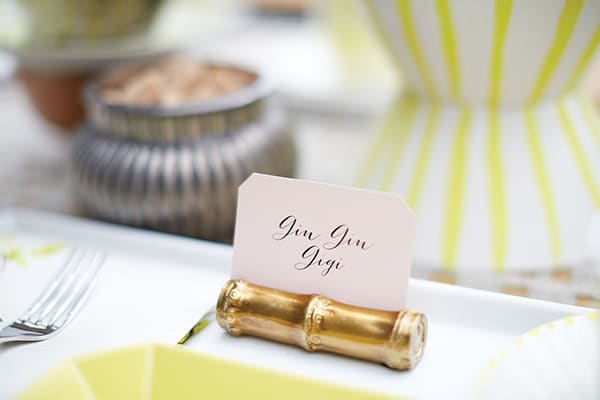 Each guest was assigned a special “tipsy name” on place cards. 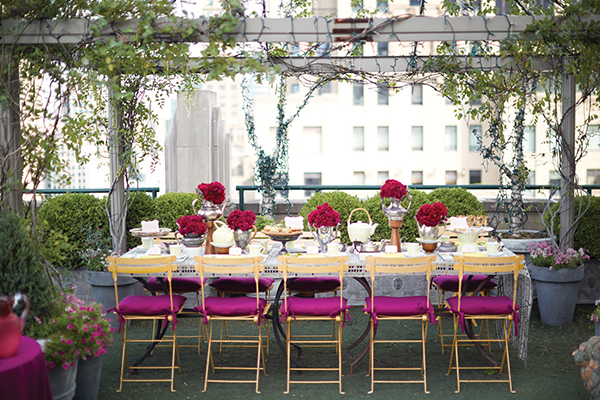 A collection of bright pink cockscombs, antique teapots, and gold and silver accents were the perfect way to express the ladylike and lively atmosphere. 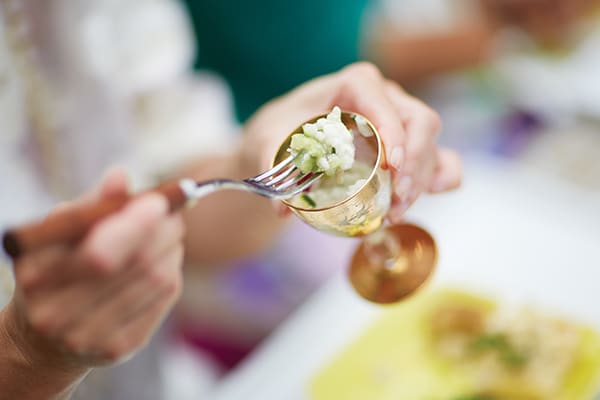 “Everything I did was about infusing unexpected fun into the clichés of formal entertaining,” says Rose, including ceviche served in shot glasses. 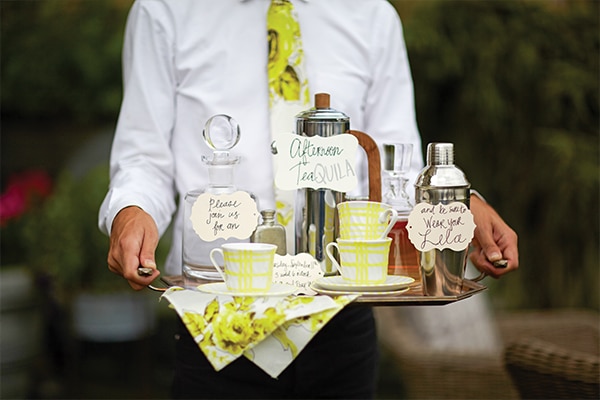 Rose made napkins and servers’ ties with leftover floral fabric from her recent fashion collection. 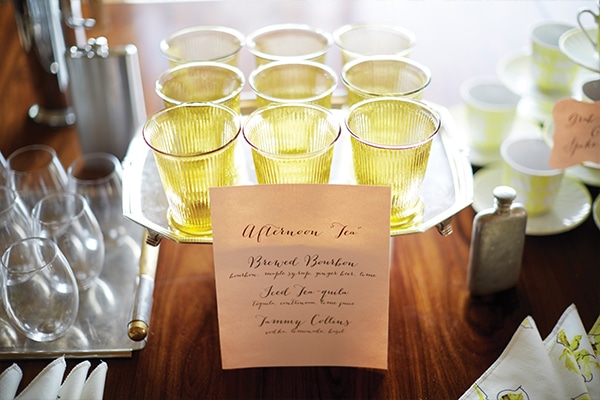