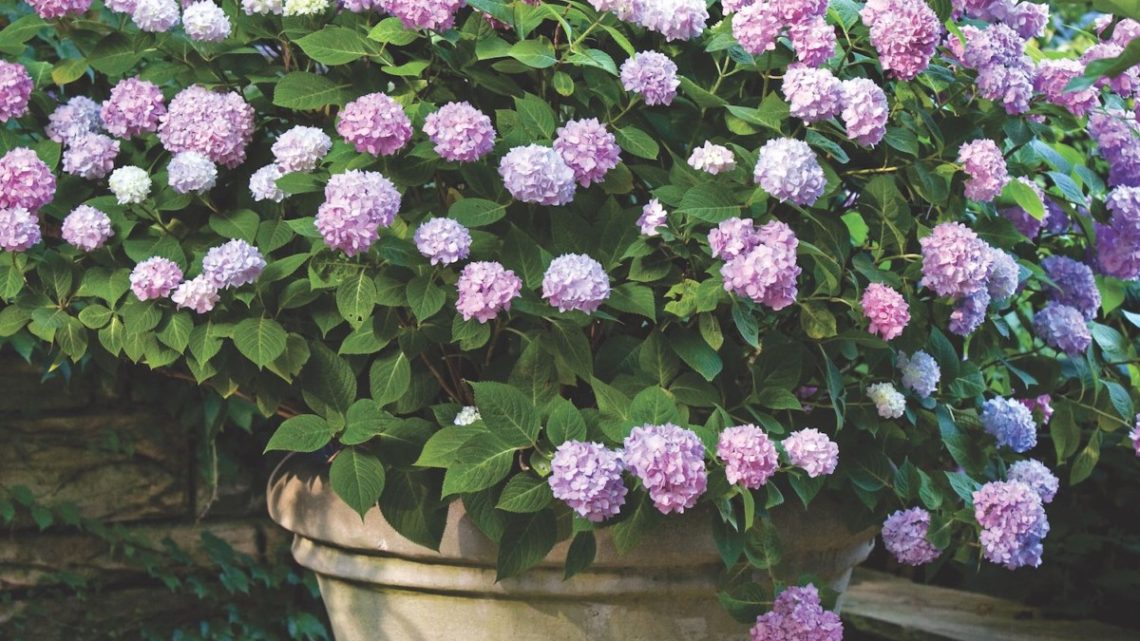 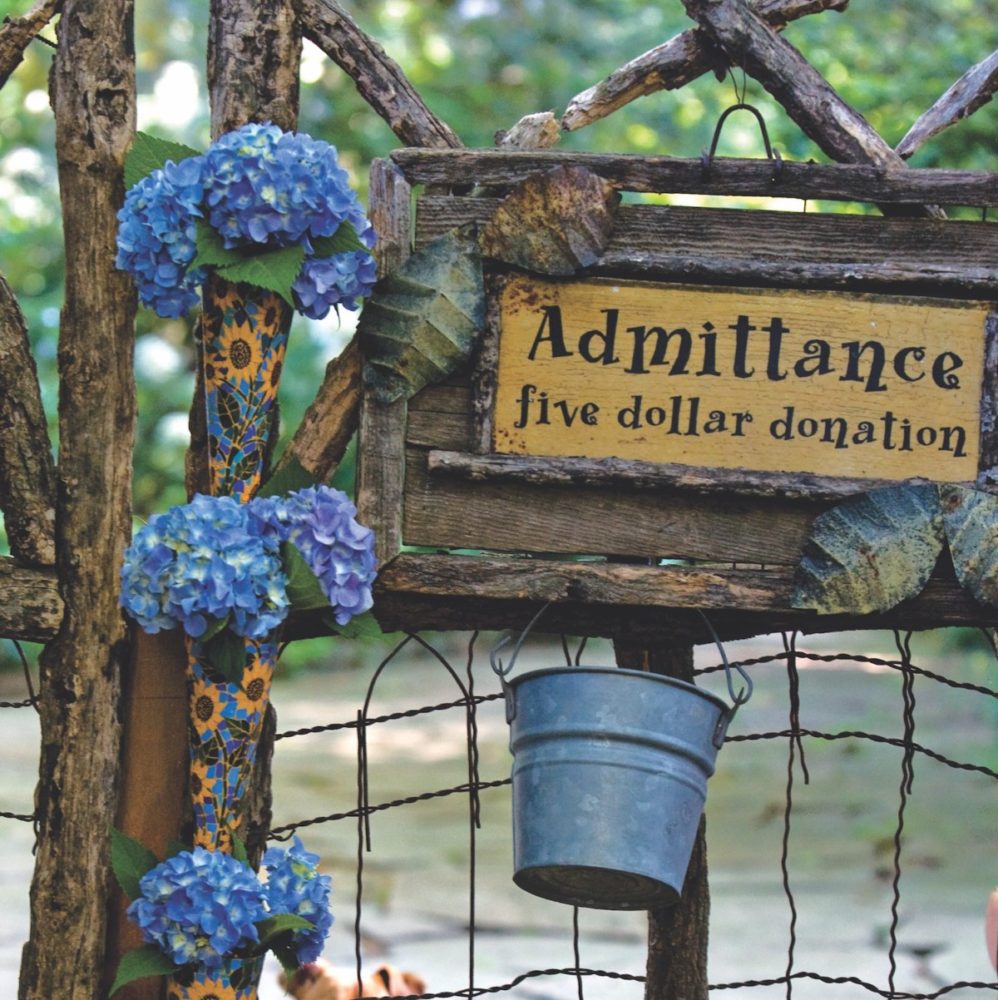 Familiar to many and loved by most, hydrangeas are among the most popular shrubs grown in Southern gardens. Hydrangea macrophylla comes in a myriad of colors and named varieties. This species was introduced into the United States from Japan and China. We are somewhat on the same latitude and longitude as these two countries, hence the ease with which we can grow the macrophylla (big leaf) types. As a result, hybridization has produced numerous named varieties that are readily available at most garden centers and nurseries. 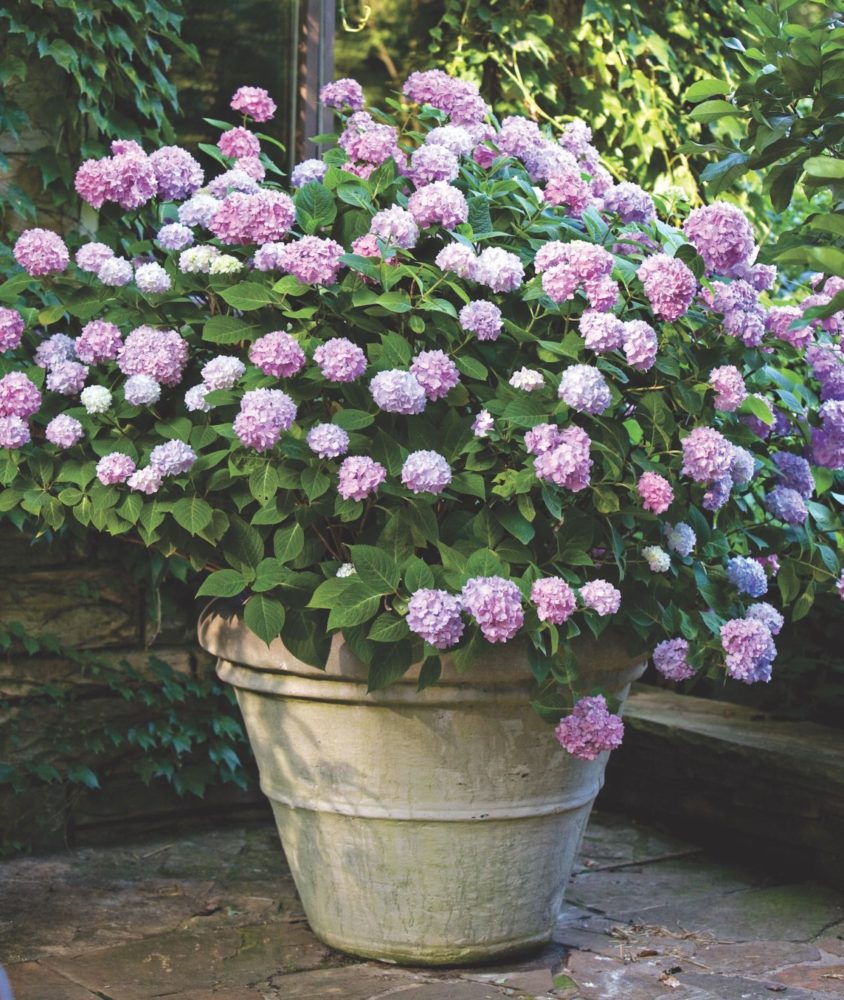 My dear friends Elizabeth and Gene Dean at Wilkerson Mill Gardens specialize in shrubs and offer an amazing selection, which includes my favorite—the blue Mopheads known as General Vicomte de Febraye. This variety has been growing on the property here for over sixty years. It was here when I began my garden thirty years ago and is still being propagated. 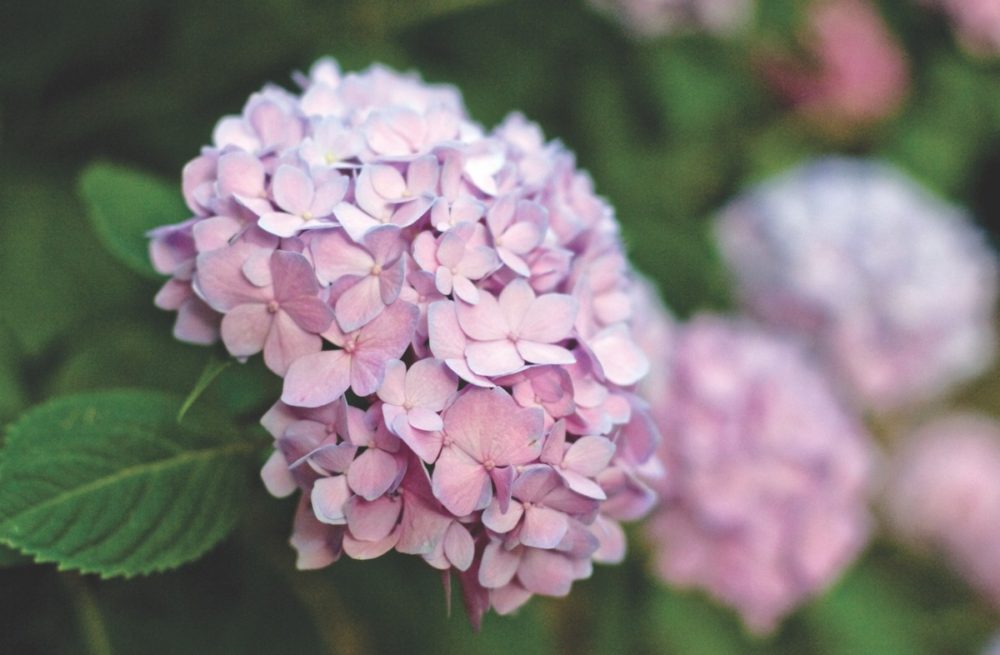 The word “hydrangea” comes from the Greek “hydra” (water) and “angos” (vessel), referring to the cup-shaped fruits. These blooms are indeed heavy drinkers, as the name would indicate, and must be generously watered. Grown in dappled light, these plants create a magnificent garden picture when grouped together, and one should limit oneself to a single variety and type.

Mopheads and lacecaps are morphological descriptions of the flower form, and all these types bloom on the current season’s growth, pruned only after the buds have broken dormancy and after the danger of frost.

Those that bloom on the current season’s growth (and avoid any danger of cold damage) include both native and introduced species and are the mainstay of my garden. In particular, the H. quercifolia blooms in mid-May in several of my garden rooms. This variety is fragrant and often grows eight to ten feet in height and spread. There is a dwarf form available, H.q. ‘Pee Wee’ if one is limited by space. Don Shadow, the astute plantsman and nurseryman at Shadow Nursery, has created and selected many diverse forms of H. quercifolia. 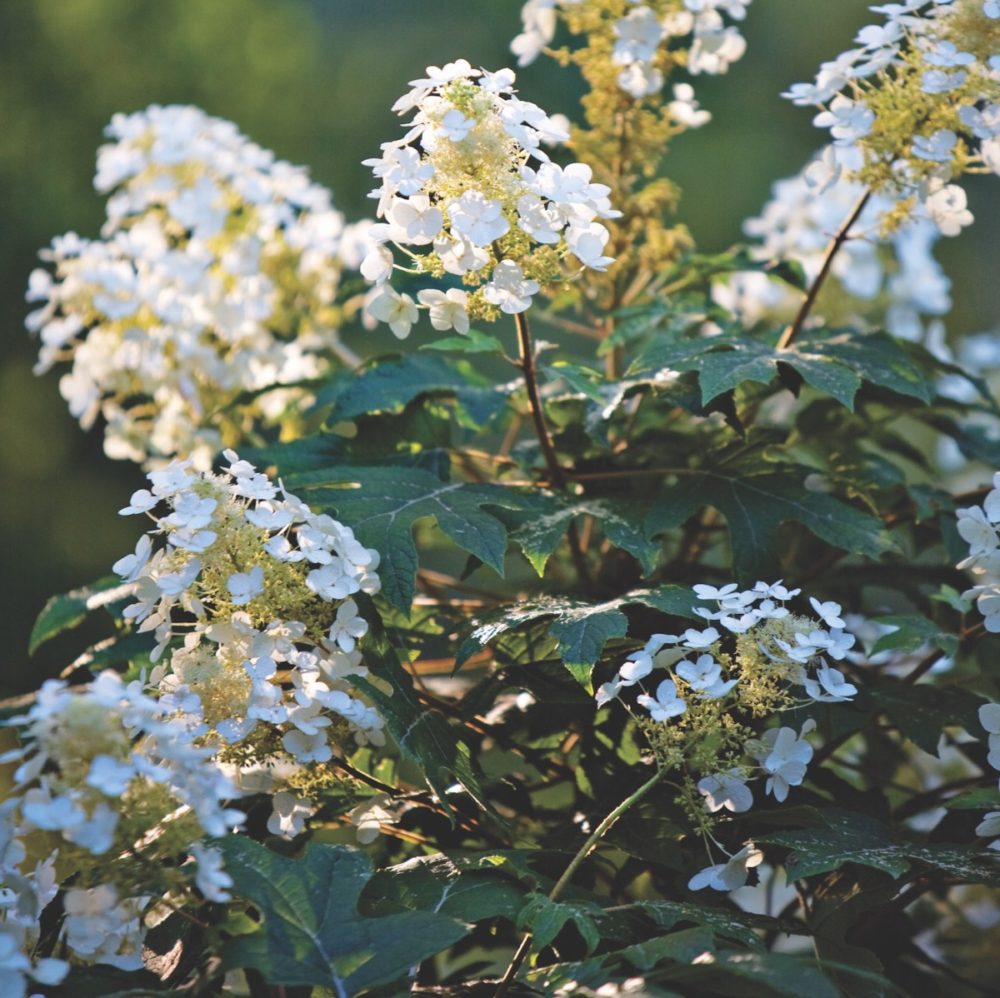 Two introduced species, Hydrangea paniculata ‘Limelight,’ a mophead, and H. p. ‘Tardiva,’ a lacecap, also bloom white in July and August. In my garden room that I refer to as “the borders,” these two enjoy a recurring presence. Interspersed with fall herbaceous plants, the white blooms that fade to green create several months of garden interest. Both of these need ample sun and moisture to perform to their fullest and are decidedly more drought-resistant than the macrophyllas. 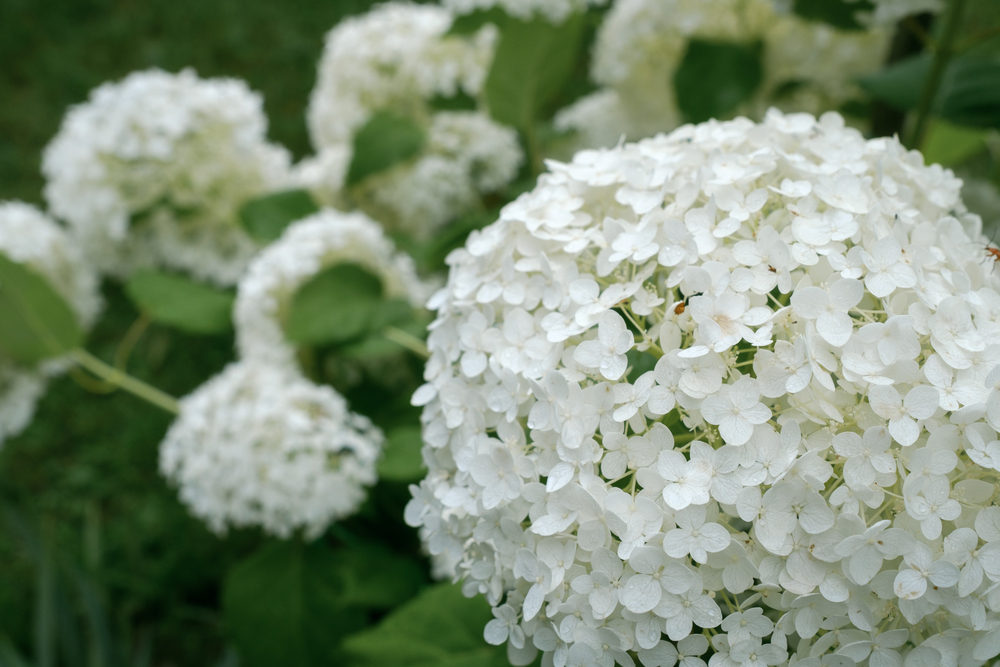 All of the aforementioned oakleaf hydrangeas (H. quercifolia), as well as H. arborescens ‘Annabelle,’ dry to perfection if simply left on the plants. But all hydrangeas are suitable for flower arranging. Both as fresh cuts or dried, hydrangeas prove especially effective when arranged in a wreath shape, used as a centerpiece, or hung around your home. 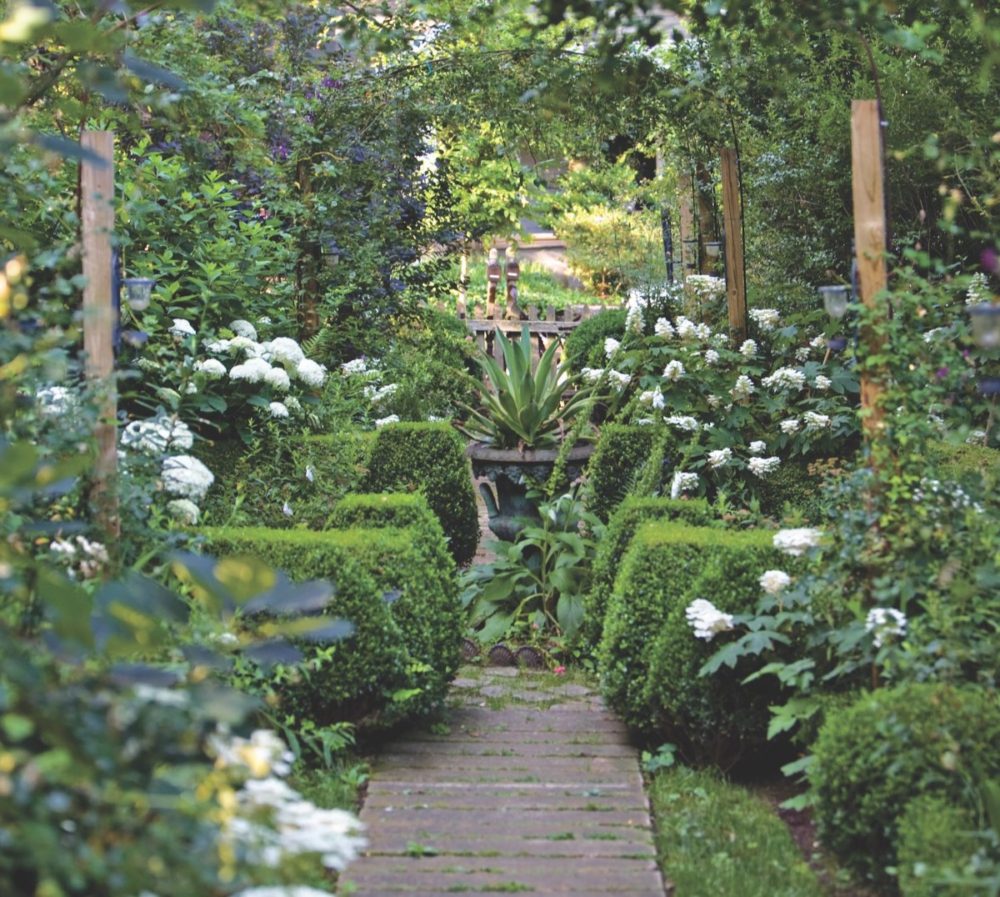 Sharing is one of the many pleasures of gardening both flowers and plants. I shared cuttings from another mature Hydrangea arborescens with Mr. Shadow of Shadow Nursery who in turn named it Hydrangea arborescens ‘Ryan Gainey.’ I recently planted both ‘Ryan Gainey’ and ‘Pee Wee’ in the same bed. They both bloom white and several weeks apart. It will make a lovely and long-lasting picture beneath my grape arbors intermixed with daphne and ferns.

Finally, without hydrangeas, there would be no quintessential Southern garden. The diversity of this beloved genus, offering gardens an array of colors, growth habits, and cultural conditions, provides the palette of a passionate gardener with a richness that helps us all paint beautiful pictures that enrich our lives and bring us the true pleasures of gardening.

How to Cut Hydrangeas 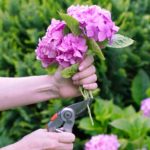 Cutting fresh hydrangea blossoms for arrangements requires discernment. Hold the flower heads in your hands. If they feel like little tender soft lettuces, leave them alone. But, if you can mash them and they bounce back the same way an angel food cake does when it comes out of the oven, then you can cut them. Crush the stems and submerge the whole thing in cool water. It’s best to cut hydrangeas early in the morning, a day ahead of your party. Also, put them in a shady, cool spot. And always cut extras, because no matter how astute you are, you will end up with some that you’ll have to replace.

Some people have quite the hydrangea obsession, but it is only a mild one for me. My friend Penny McHenry organized the American Hydrangea Society in Atlanta, Georgia, which continues on in legacy to her memory.

Susanne Hudson has created an annual hydrangea tour and festival that has become a major event in Douglasville, Georgia.

For several years, Caro McDonnell, who owned the Villa Caro, loved to share her collection of mopheads in mauves, pinks, purples, and blues. They created the most effective foundation planting against the deep salmon orange color of her villa. It was indeed a sight to behold.

The late garden designer and author, Ryan Gainey wrote a regular column, sharing his remarkable garden knowledge and stories in Flower for many years.