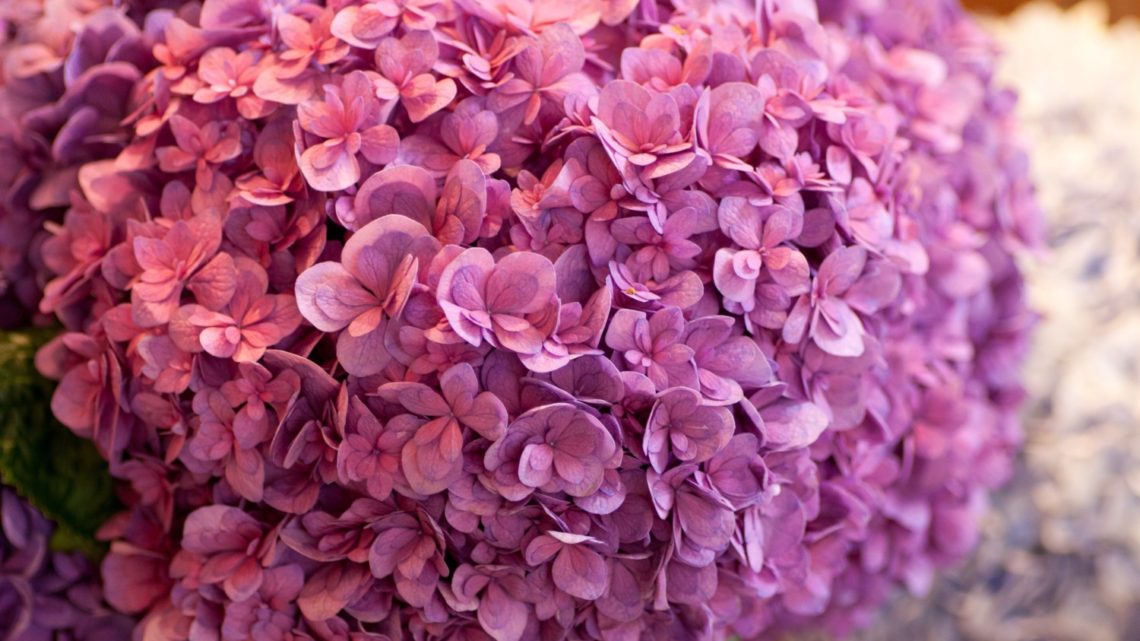 Hydrangea arrangements need lots of water to keep their glorious flower heads held high. It’s no surprise that the plants take their name from the ancient Greek words for water and jar (hydra and angos). They require frequent drinks, but other techniques help with keeping hydrangea flowers hydrated. Three floral designers share their tips for making these thirsty flowers last. 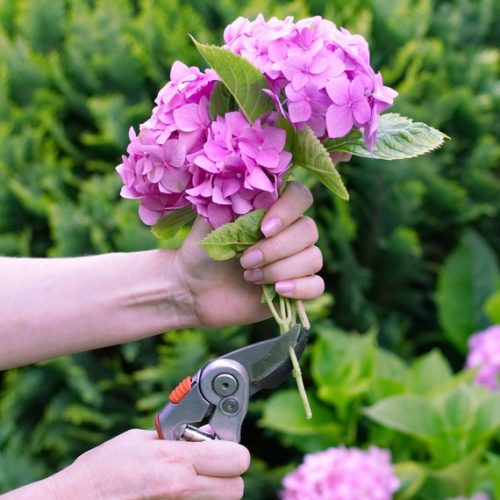 TIMING MATTERS. Kelly Perry recommends cutting flowers either early in the morning or late in the afternoon when they’ve had the opportunity to cool down from harsh midday sun. Clipping from more established plants means that they will hold longer in an arrangement. For example, hydrangeas or dahlias harvested early in their blooming season will not last as long as those cut later. 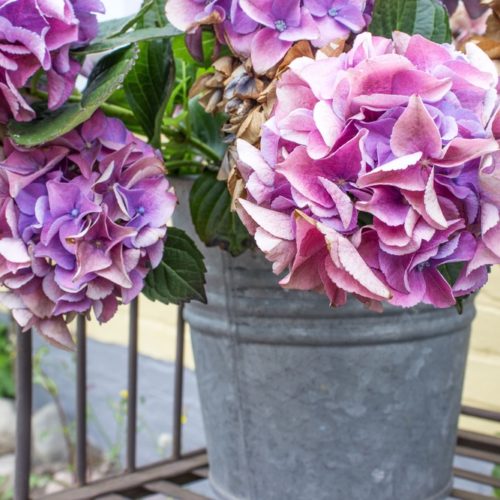 DRINK UP. Mimi Brown says, “If you cut them out of your yard, let your hydrangeas drink in a bucket of water before putting them in Oasis.” 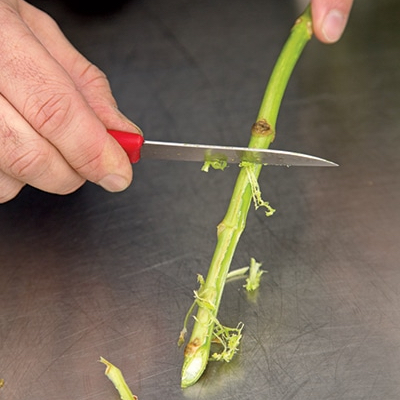 MAKE THE CUT. Hydrangeas have woody stems, so Oscar Mora says to cut each one at an angle and then scratch the end of the stem with a knife. This helps them drink water more easily.

Next post Summer Centerpiece in Hot Pink and Green