Spot on for the Season 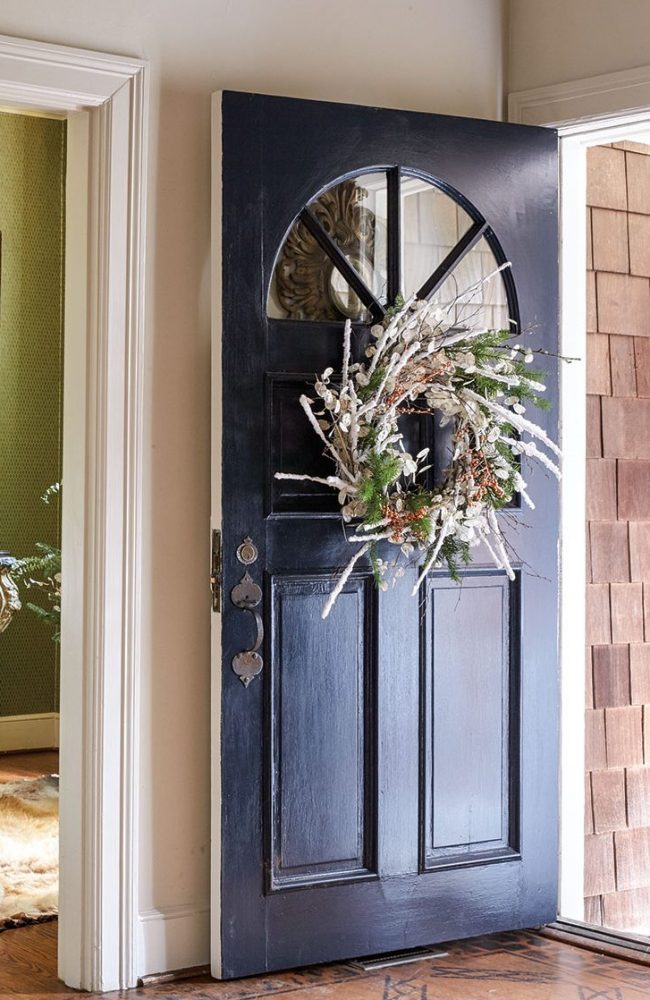 In the 1980s, Ashley Spotswood and her friend were driving around the Abingdon neighborhood of Birmingham, Alabama—one of those tucked-away places that feels more like the country but is only a stone’s throw away from the bustle of city life. Her friend pointed out a house that she particularly liked, but for Spotswood that same house cast a kind of a spell on her. Perhaps her artistic sensibility was stirred. (She’s an accomplished landscape painter and furniture designer, among other talents).

A couple of decades later, her daughter announced, “Mom, your house is for sale” or something to that effect. Spotswood was determined. “We weren’t looking at the time, but I had to see this house,” she recalls. “We stepped inside, and it was like the house found us. Bob [Spotswood’s husband] felt the same way. It’s rather unexpected, which appeals to us. From the outside, it looks like a Connecticut farmhouse, but inside it has a more European attitude.” Spotswood moved in, decorating it with pieces from here and there in an old-world, almost faded palette.

And while there are a lot of antiques throughout the house, the rooms don’t feel too formal because the choices are so personal, even a little quirky. There are lovely portraits of her children and beloved retrievers, for example, that are moody with dark backgrounds; unexpected pieces of taxidermy take up real estate on handsome bookshelves in the den.

And, of course, there’s the art. Spotswood simply buys what she loves—the mélange includes woodblock prints, antique portraiture, and even a contemporary painting of New York City at night. Somehow they all come together under her studied eye. “I was speaking to this young artist, and he said, ‘You have to get on Facebook; it’s a great place to find like-minded artists.’ I initially resisted, worried I might embarrass my children, but he set me up, and it was just as he said. Several pieces in my ever-expanding collection were discovered through that avenue.”

In 2016, when asked to put her home on a holiday  house tour for a local church, Spotswood hesitated. “Halloween is really my favorite holiday for decorating,” she admits, “and I warned them I might not even have a tree!” (As a 10-year- old, Spotswood showed early environmentalist tendencies by gathering up the spent Christmas trees on her street and trying to replant them.) In the end, she agreed, calling on Holly Carlisle of Rosegolden to help with the floral design and decoration. “Holly walked around the house and simply said, ‘I get it,’ and she did,” says Spotswood. “Holly is an artist, so we understood each other from the start.”

Carlisle, who has painted from a young age and studied fine art, felt the same connection. “My greatest inspiration is always my clients, so I enjoyed visiting Ashley’s home, learning about her aesthetic as an artist, and seeing her incredible collection of art,” she says. “Sometimes it’s nice to have a break from the usual suspects in terms of design. Ashley and I wanted the installations to be seasonally focused and to feel very natural, as if they were growing up out of her interior spaces.”

The results are enchanting, elegant, unexpected, and at times a bit wild, in tune with the house and the Abingdon setting, which is forest-like and frequented by deer and foxes. The materials float, twist, and turn in captivating ways, casting their spell on a house that holds a bit of magic of its own.