For a party celebrating Simon Pearce and the artistry of his handmade glass, Wendy and Wade McDevitt used their own and Pearce’s iconic pieces mixed with an abundance of greenery and a whimsical upside-down Christmas tree

It’s understandable that the mere mention of Wendy B. McDevitt’s name conjures up many superlatives. After 26 years in the business, the retail superstar is synonymous with Urban Outfitters’ legendary creativity at Anthropologie and Terrain. Her worldwide exposure to the unusual and extraordinary has transformed her innate sensibility into a refreshing vernacular, laced with an unspoiled sense of wonder that influences everything she does. It’s no surprise, then, that when she and husband Wade threw a party to celebrate glassware designer Simon Pearce’s artistry, the result ratcheted up the chic quotient.

“It seemed so natural,” Wendy says. “Simon’s studio creates the best of America’s best, and he is constantly expanding into many new areas. My grandmother and mother were early collectors of his glass, and it eventually became part of Wade’s and my lifestyle too, as it validated our unabashed love of American artists and global things.”

“Wendy wanted to under­score this event with something surprising, so we used unique silvertip firs to create a certain look,” Muscarelli says. “The distinctly shaped trees with layered horizontal limbs grow in the highest elevations of the West and are harvested by hand then transported down in everything from helicopters to sleighs.”

Lush garlands on the doorways and mantels burst with unusual plant material, while the insouciant use of pepper berries, pomegranates, and artichokes at food stations added another creative dimension to the scene. Silvertip firs flanked the front doors but did little to prepare visitors for the dramatic sight of the two-story foyer’s 12-foot tree hung upside down—an Eastern European tradition dating from the 1500s. The tree was drenched in six different kinds of globe lights that puddled on the floor below. 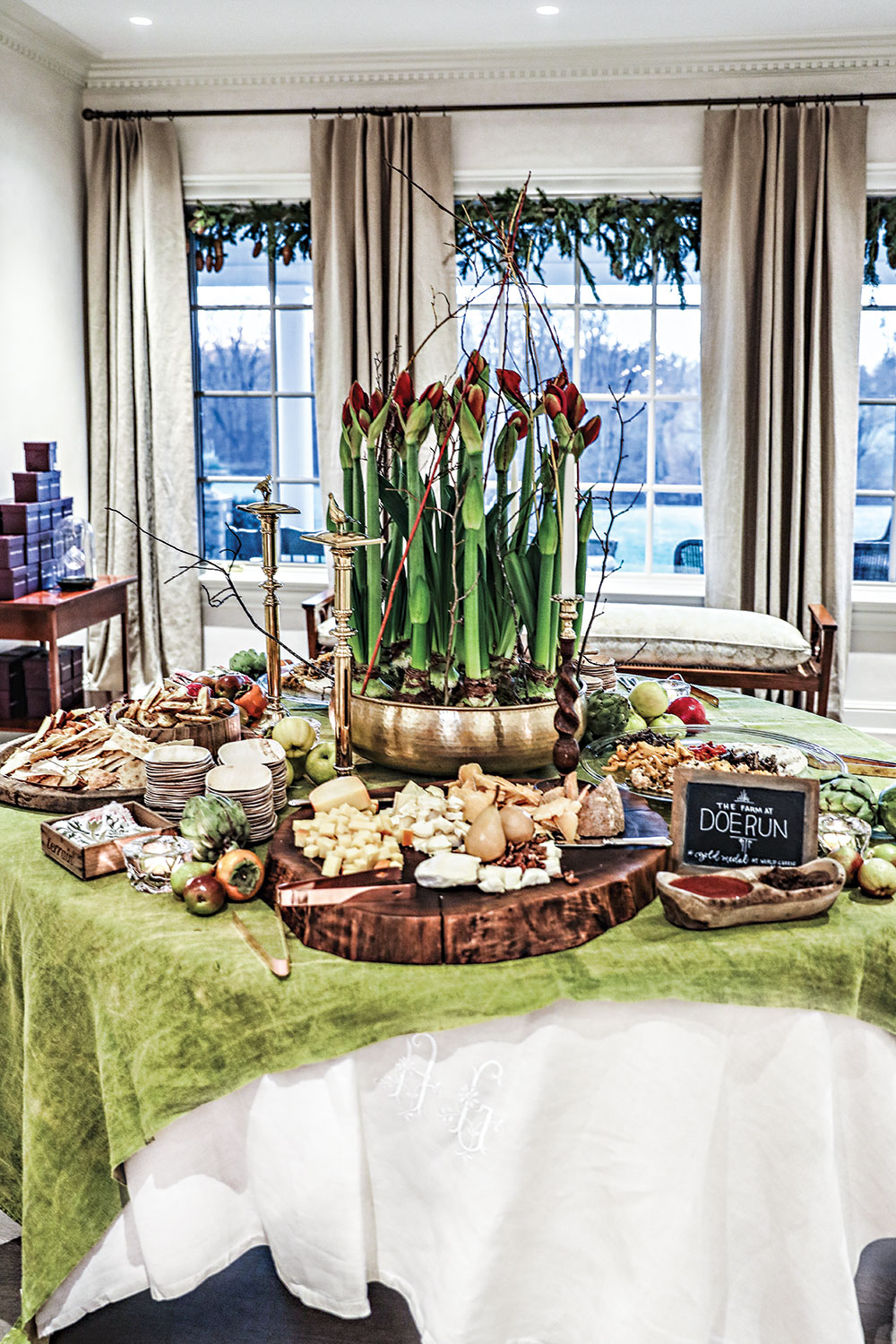 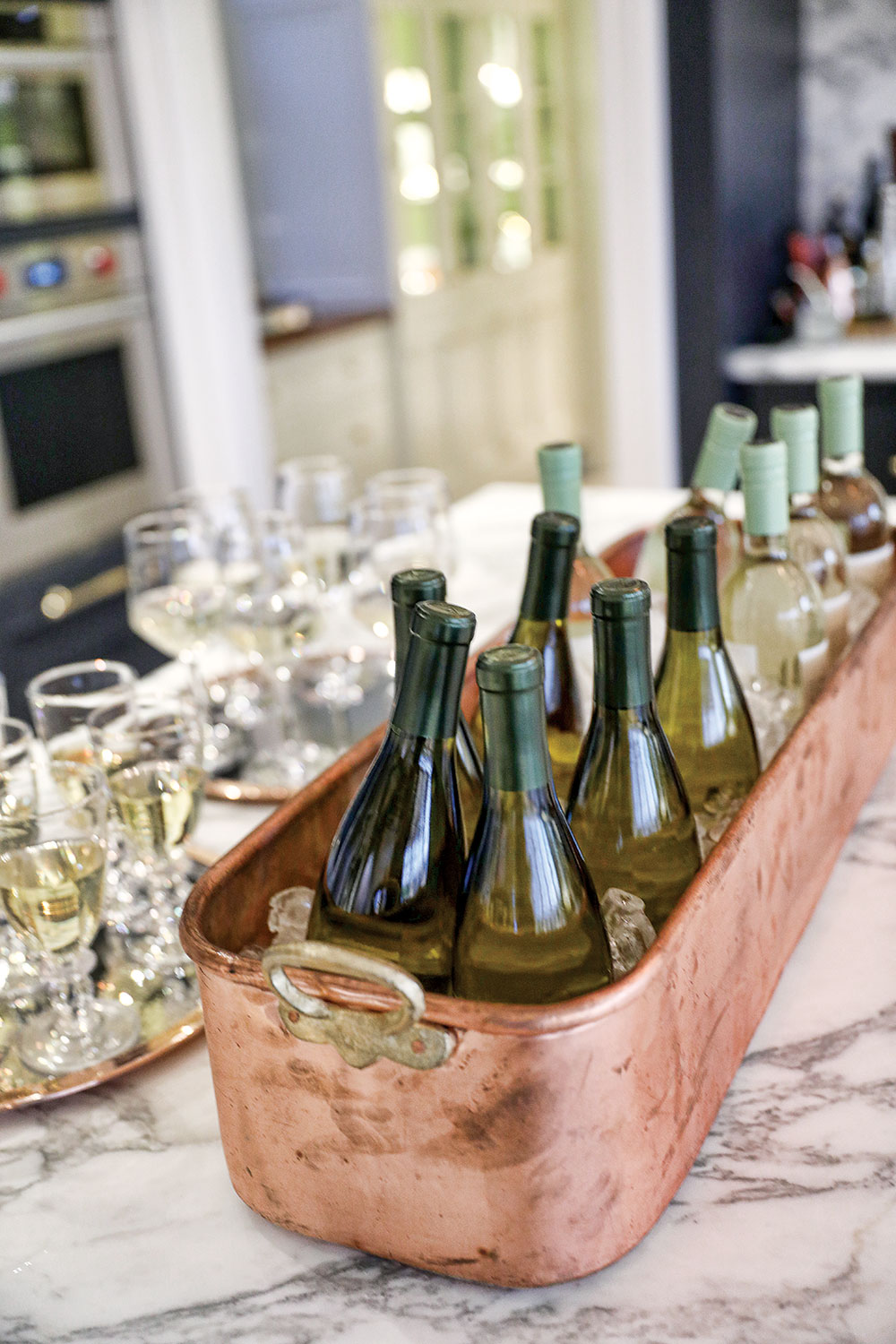 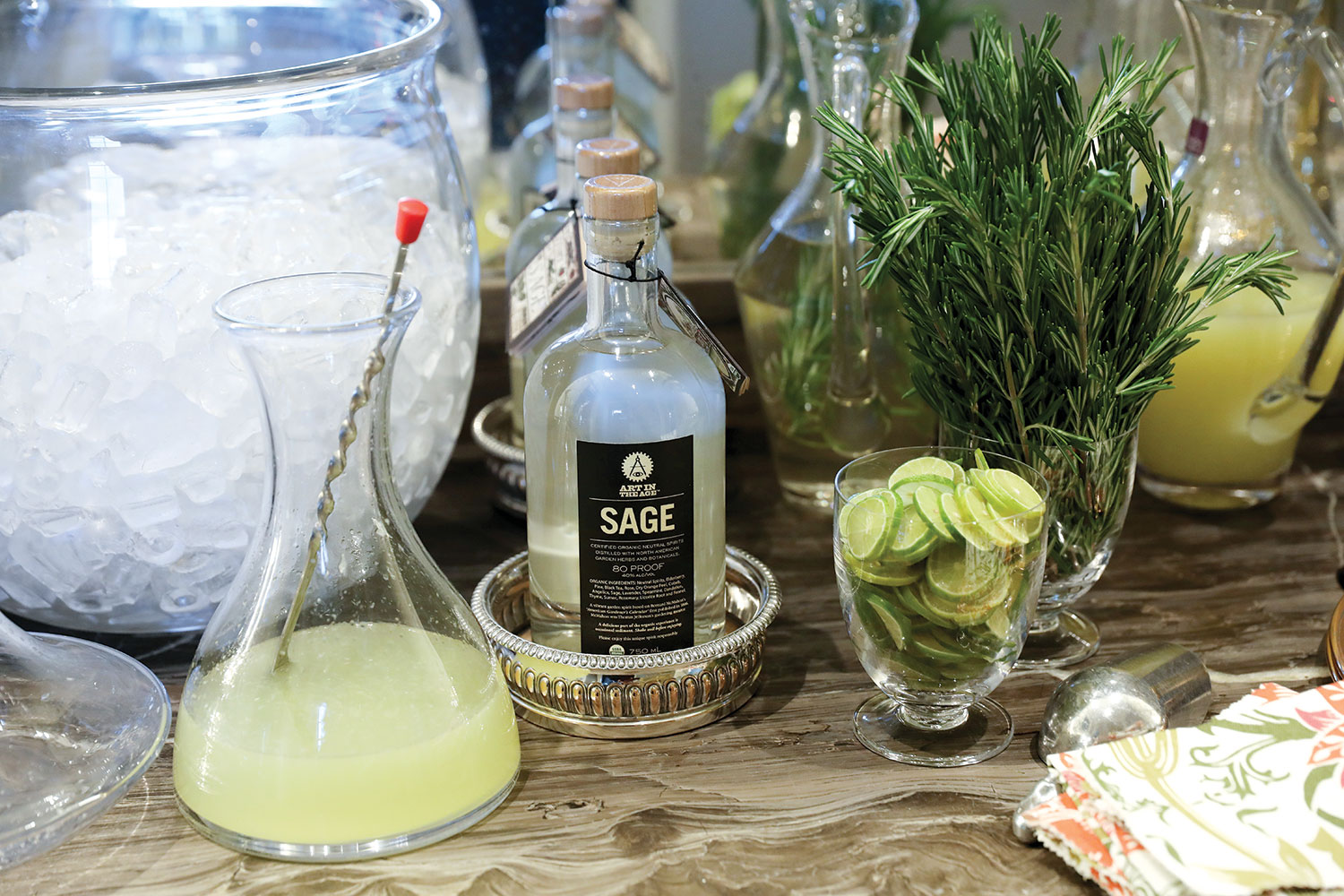 Craft cocktails were accompanied by lime slices and other festive garnishes. 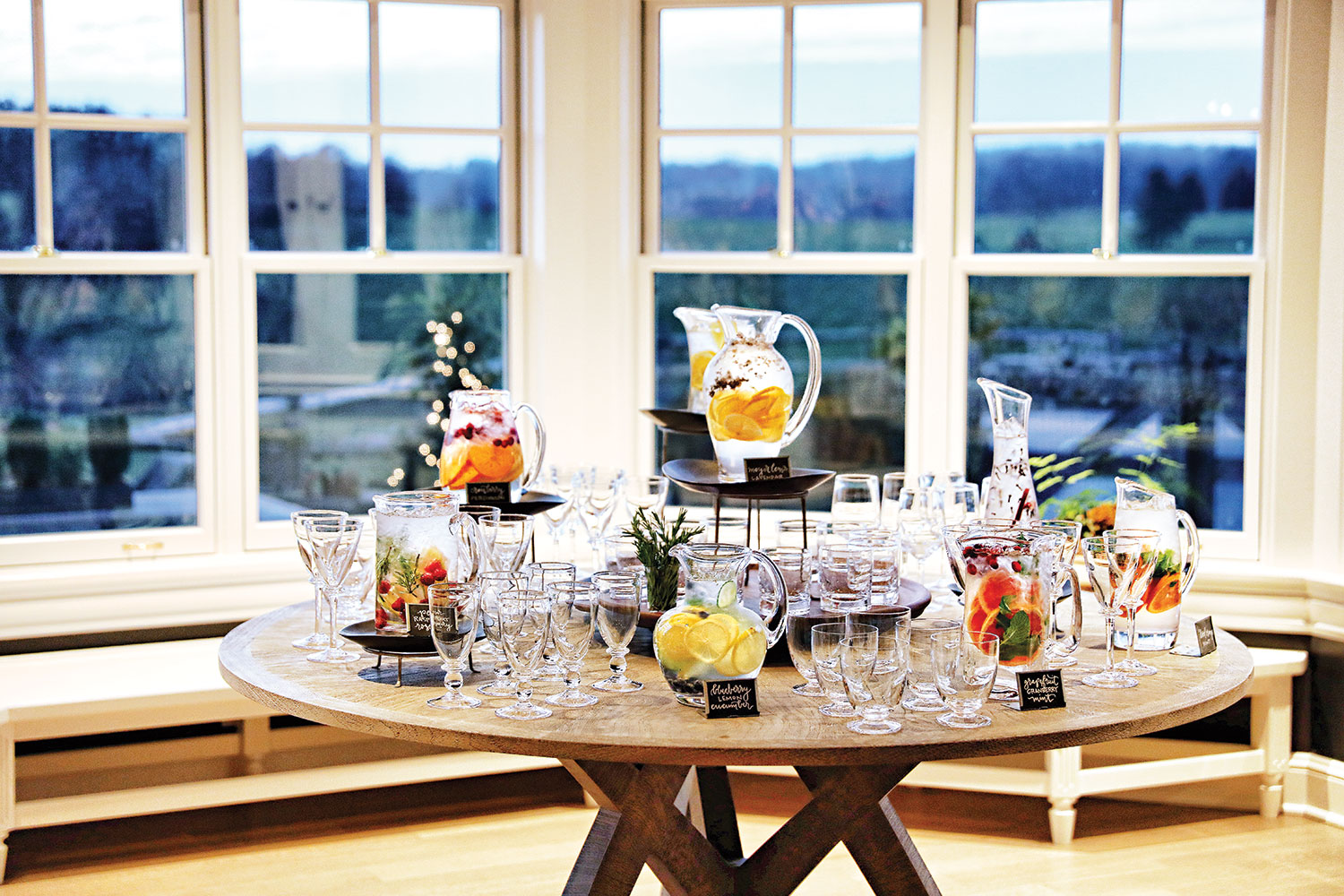 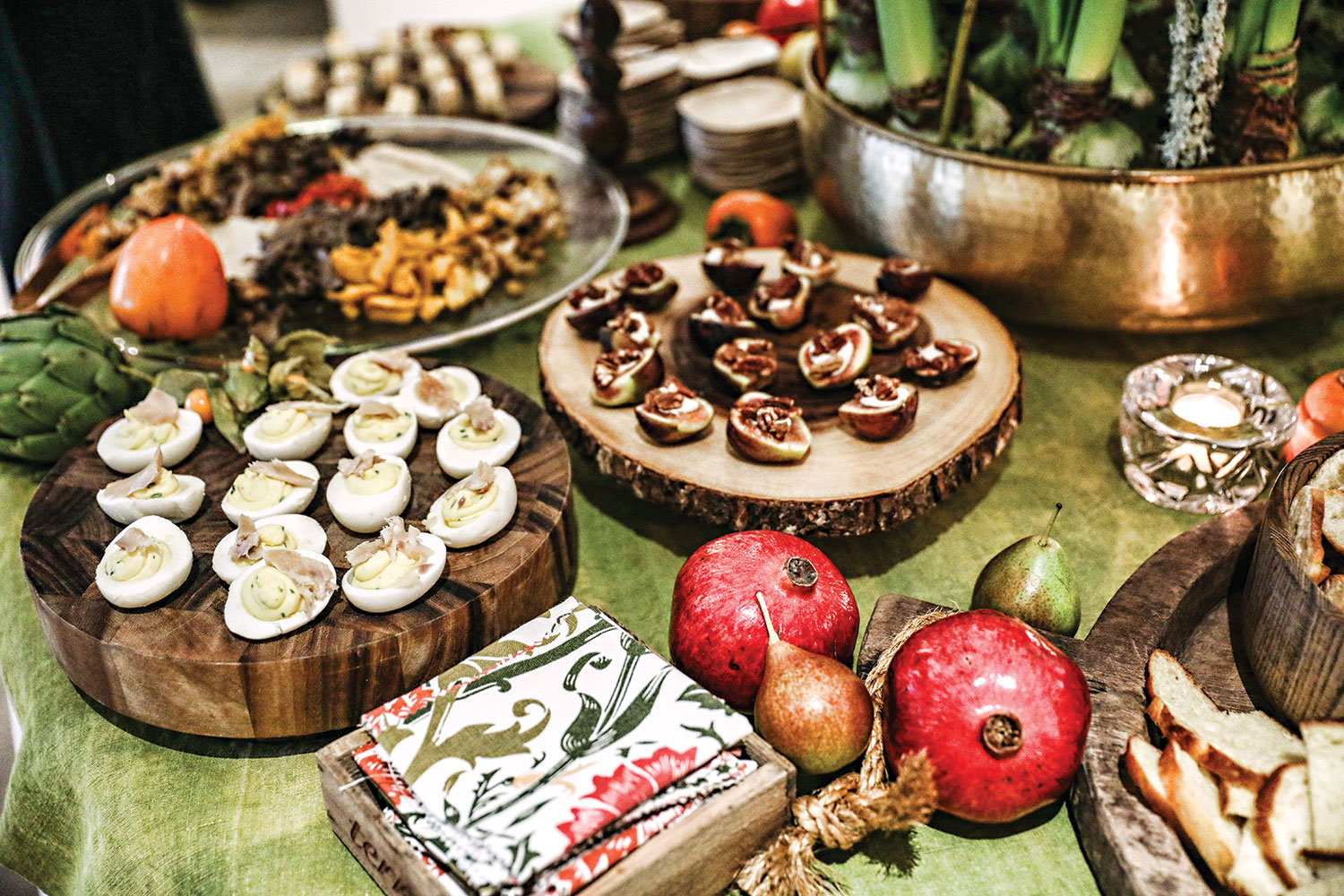 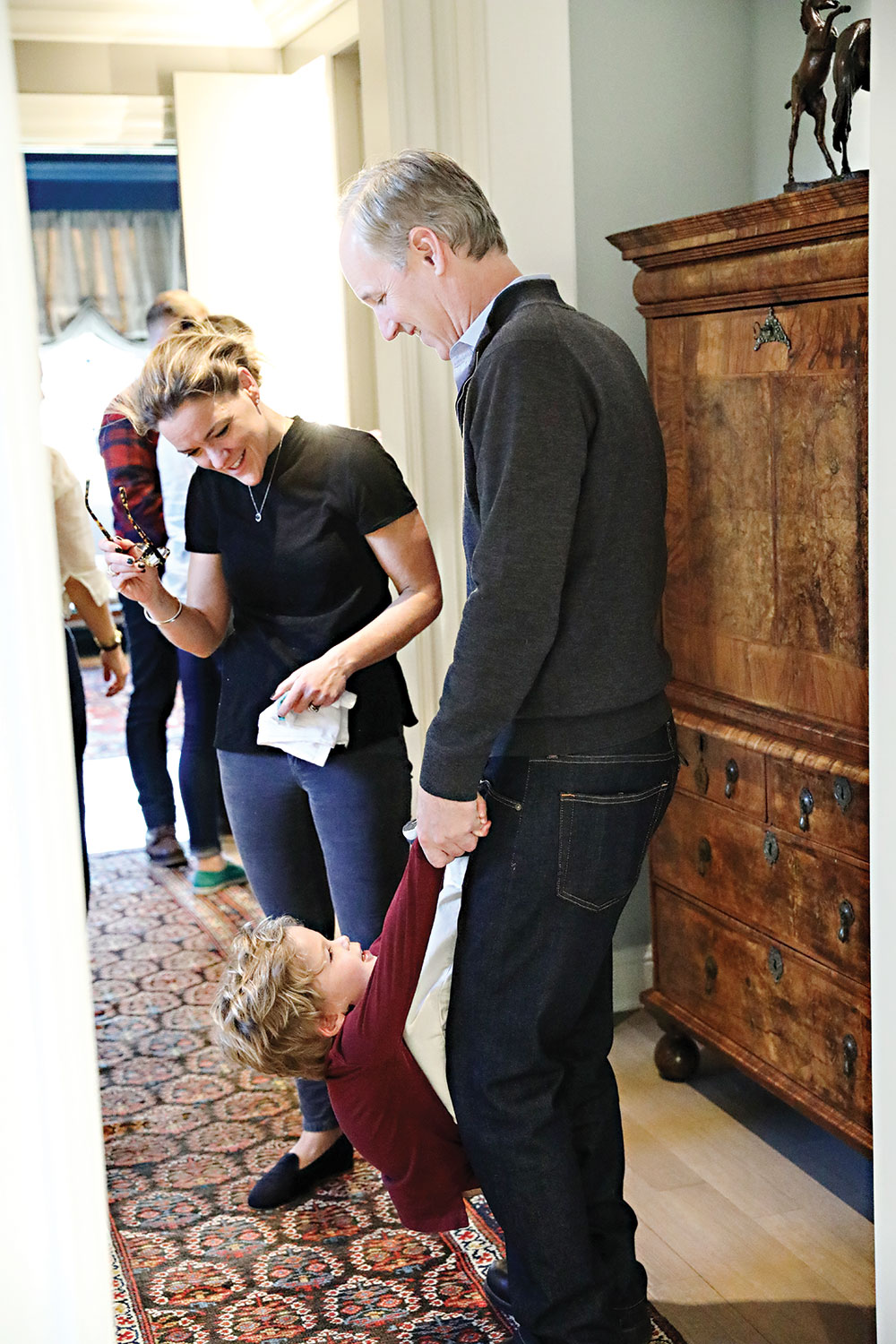 The McDevitts with one of their sons. 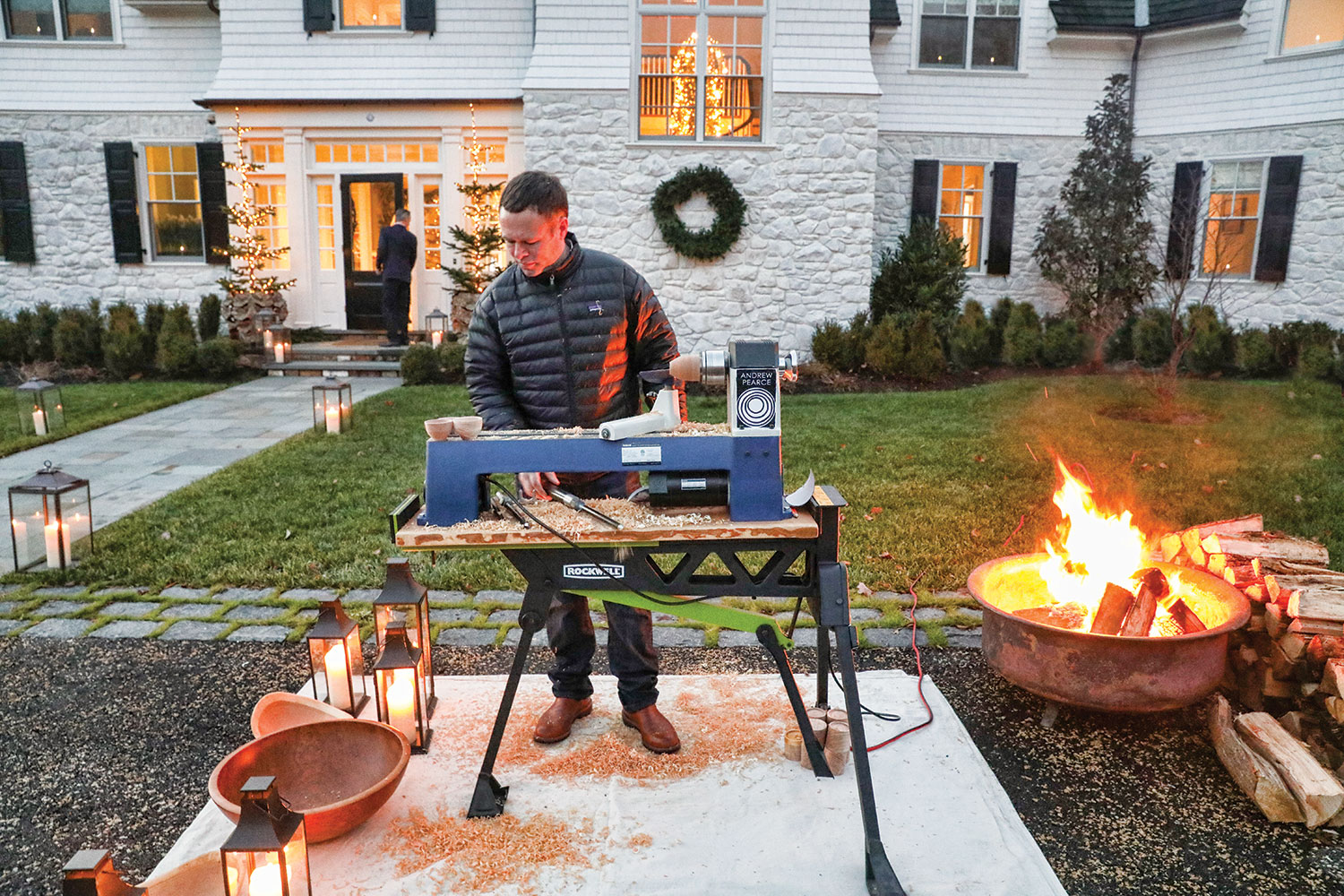 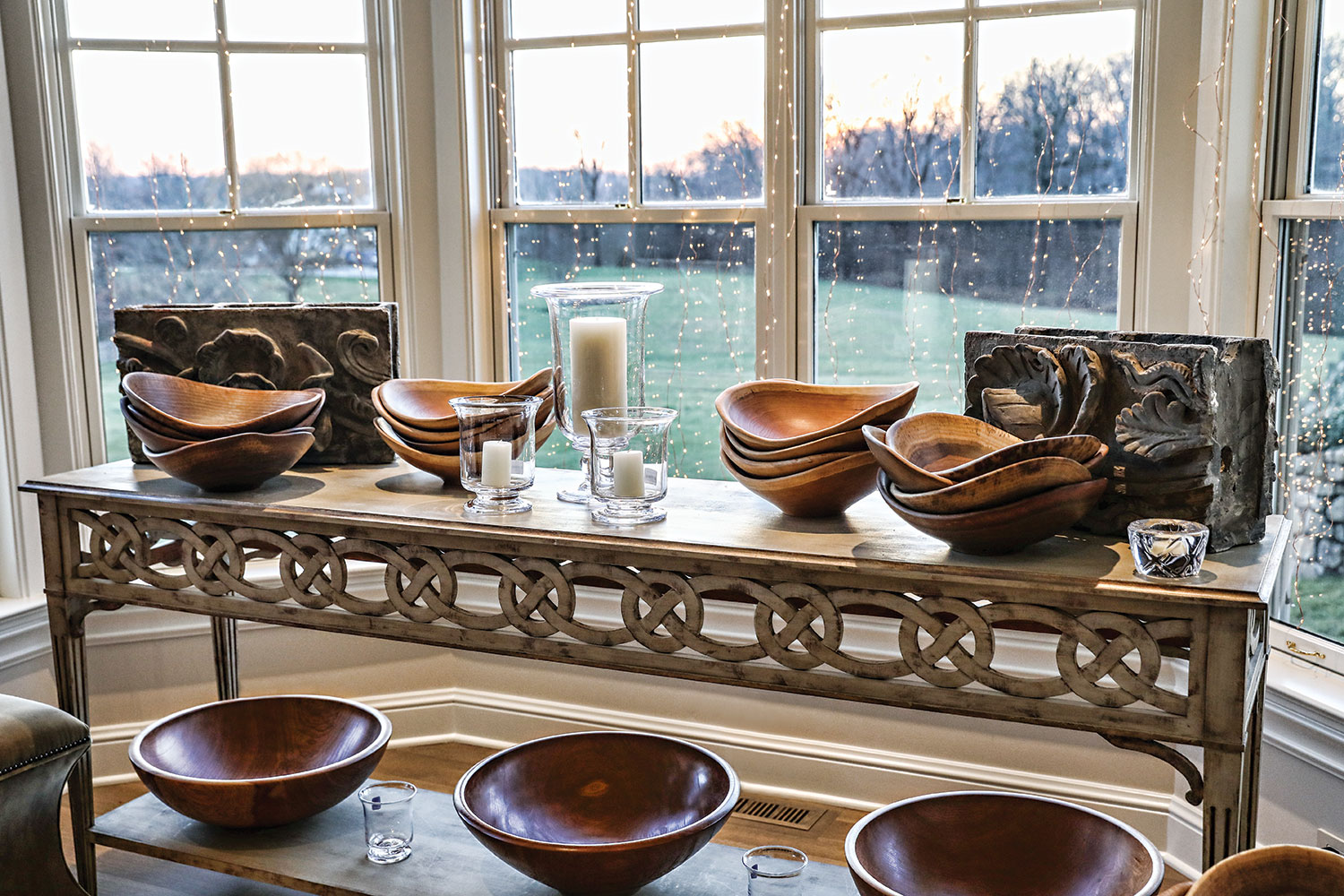 Wooden bowls made by Andrew Pearce.