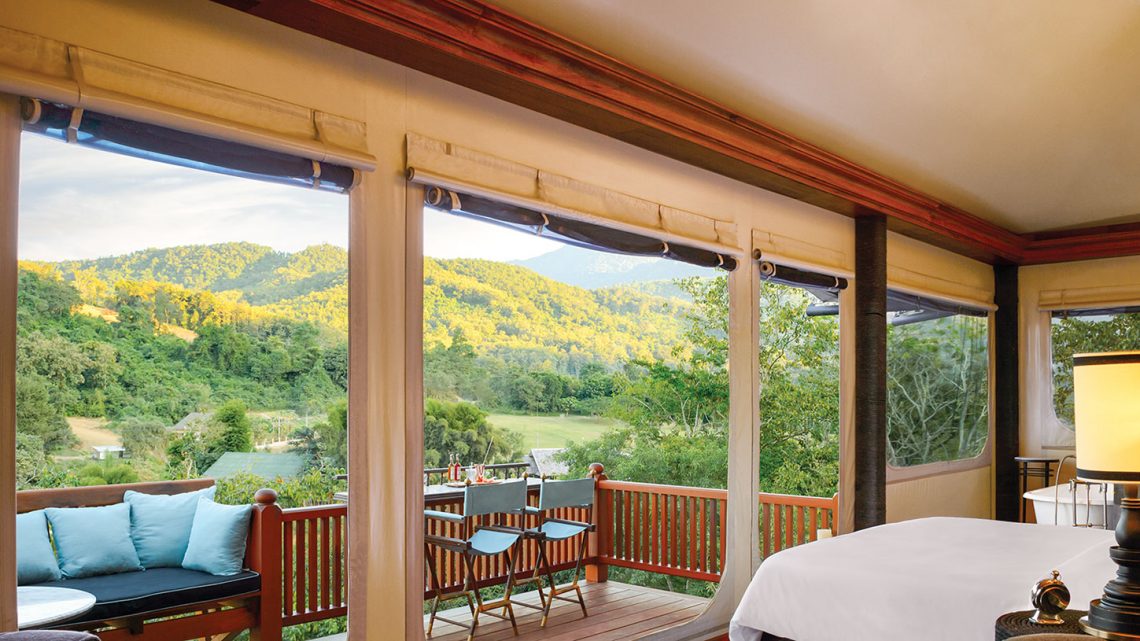 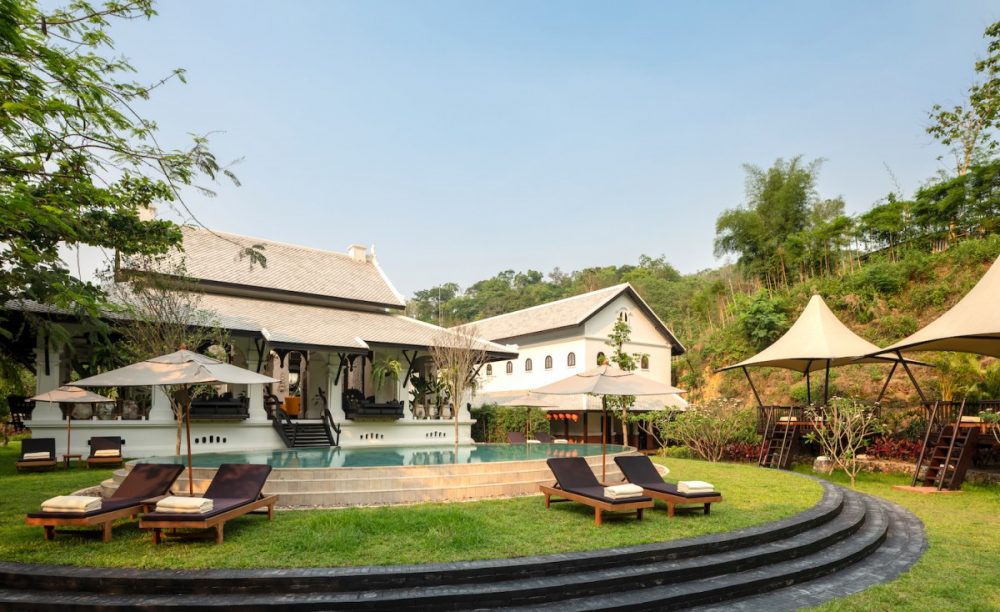 The new Rosewood hotel in Laos is just outside of the UNESCO World Heritage Site of Luang Prabang.

At the confluence of the Mekong and Nam Khan rivers, tucked away in a mystical valley, sits the serene town of Luang Prabang, Laos. Much like the rivers themselves, it’s an exciting merger of cultures as well. The city, a UNESCO World Heritage Site, was once the capital of the

Lan Xang kingdom, as well as an important settlement for French Indochina. The result is a fusion of Lao and French colonial history, beautifully preserved architecture, and a rich religious heritage.

Laos is still somewhat of a hidden gem, having a sense of purity and authenticity that makes it feel less affected by tourism than its neighboring countries. This was the reason I added Luang Prabang—and the alluring new Rosewood hotel that recently opened just outside of town—to our Southeast Asia honeymoon itinerary last summer. 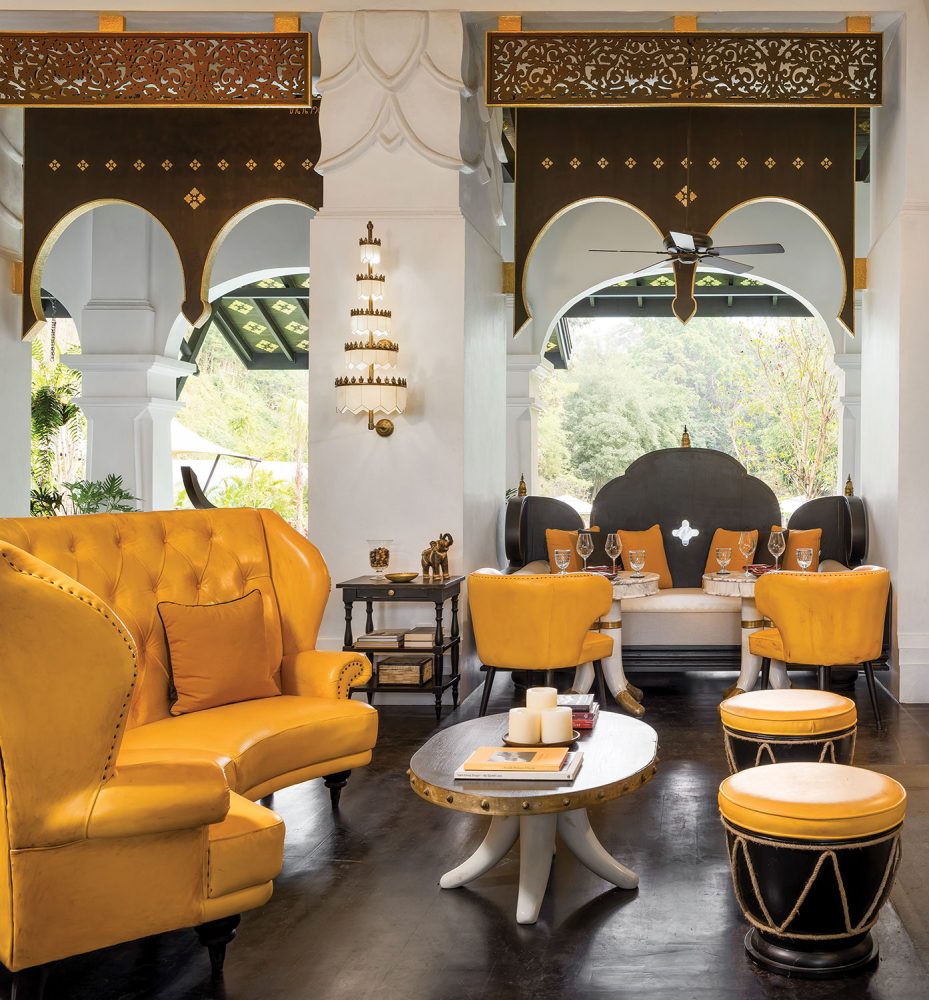 The interiors of the hotel take inspiration from ancient Laotian temples as well as French colonialism.

We visited during monsoon season, and thus our afternoons were filled with torrential downpours. But the advantages of experiencing this magical place off-season and nearly void of tourists far outweighed the inconvenience. Before the inevitable daily showers, we cruised with ease to nearby sites, visiting Wat Xieng Thong (a Buddhist temple built in 1560), hiking up Mount Phousi, and spending a day at an elephant conservation center. We spent afternoons at the hotel spa and evenings in town discovering the local cuisine. 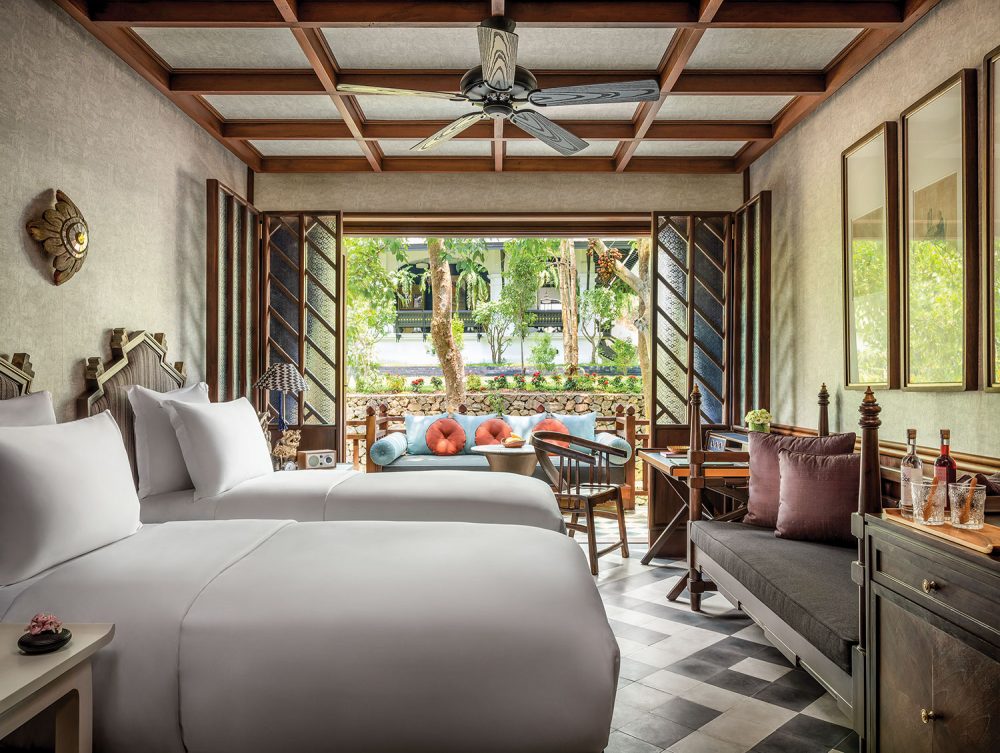 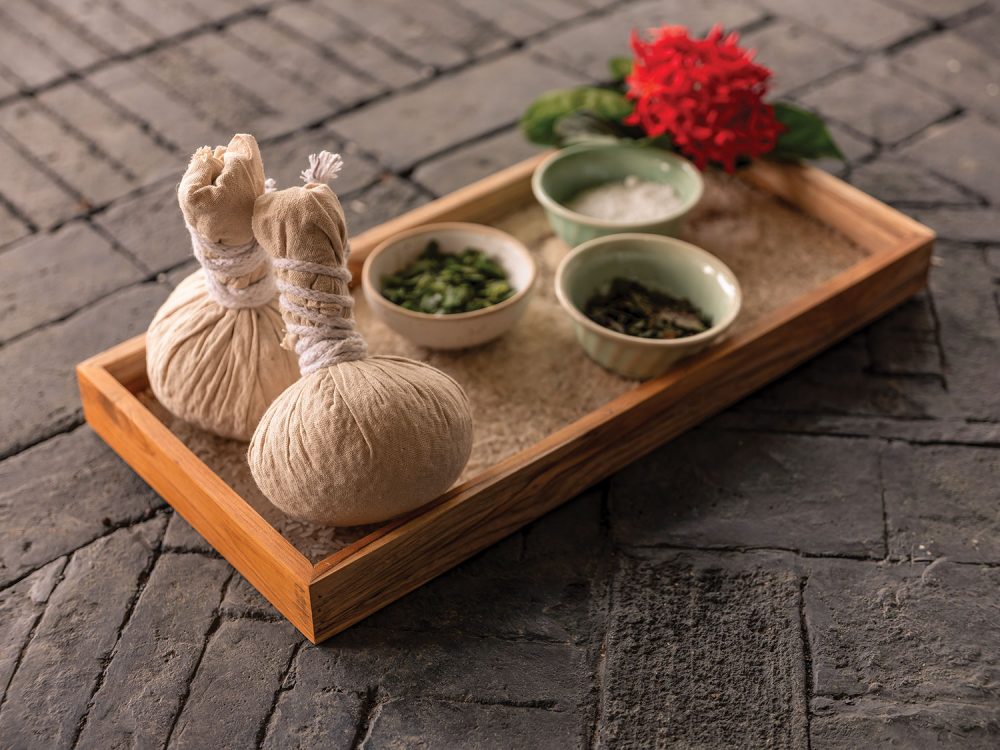 The garden provides herbs and produce for the hotel’s Laotian cuisine.

Located in a lush area with waterfalls, the resort is just far enough from town to feel like an escape. Bill Bensley, an American hotel designer and landscape architect based in Bangkok, known for creating luxury hotels that tell the story of each destination’s history and culture designed the property. At this resort, every hotel room was inspired by a different figure of French colonialism in Laos.

We stayed during the property’s opening weeks, so we saw Bensley’s process firsthand. He was schlepping materials and putting finishing touches on the Elephant Bridge Bar, which symbolizes the history of Laos as the “Land of a Million Elephants.” The details of the design were mesmerizing, as was the seamless integration of the resort into the landscape, with villas located at the foot of the waterfall and luxury tents nestled into the hillside. 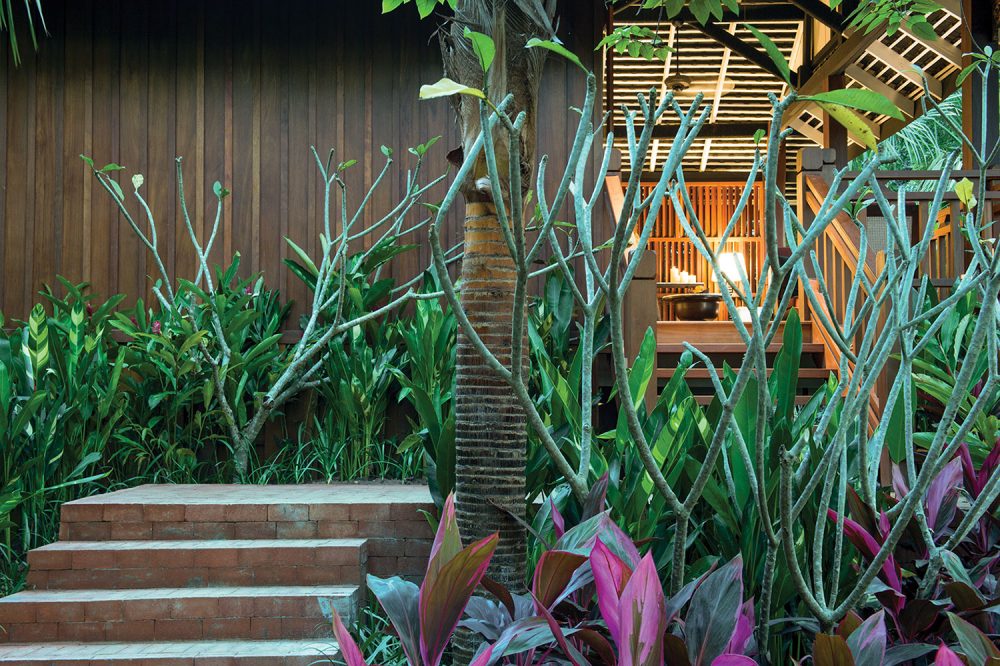 Guest rooms integrate into the landscape.

Walking to the spa, you breathe in the aroma of local flowers, and a window on the floor of the treatment room allows guests to look into the serene stream while having a massage. An organic garden supplies fruits, vegetables, and herbs for the restaurant, while a botanical garden allows guests to discover the area’s indigenous flowers. It’s an idyllic mix of culture, adventure, and relaxation. 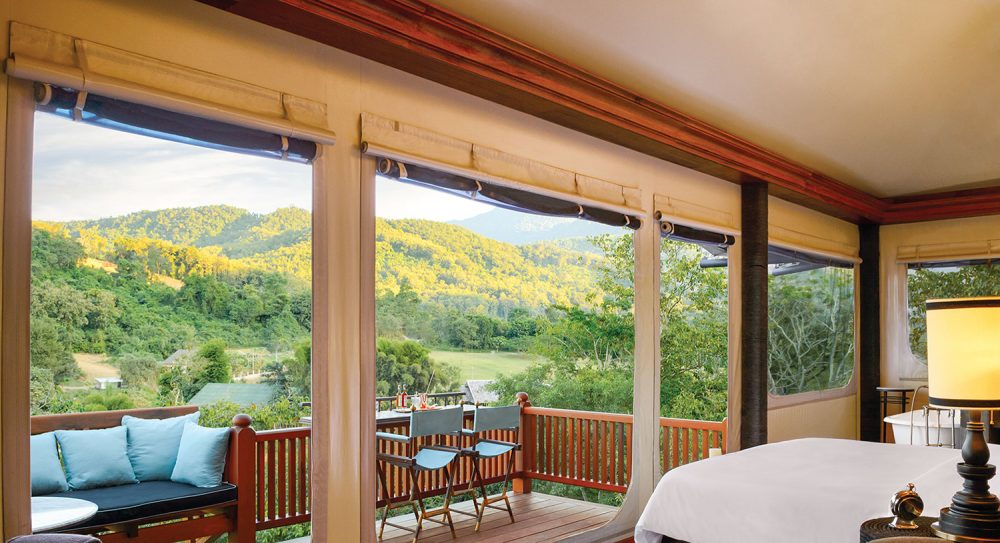 MEET THE DESIGNER
Bill Bensley’s sense of adventure took him to Southeast Asia more than 30 years ago after he followed his Harvard classmate to Singapore. Since then, he has designed 200-plus properties in more than 30 countries. Bensley does extensive research on each destination by immersing himself in the history, stories, and people of the local culture. His reach extends beyond the interiors and landscapes to the menu design, staff uniforms, hotel signage, and even music.

Heiress to the Estate: Glin Castle