Jessica Latham Is a Quick Study

Jessica Latham of the event firm Social Studies talks about the Vanity Fair Oscars party, getting details right, and why live events are more magical than making movies

Now is a great time to talk!” says Jessica Latham, founder of the New York event firm Social Studies. “In Ibiza they don’t eat dinner until 10:30 or 11, so I’m good.” That would be Ibiza, Spain, where Latham is doing what she does best: running an elaborate event for a client, in this case a weeklong birthday bash on the Spanish island famous for fun.

Latham is famous for fun, too, as well as delivering over-the-top experiences for clients who value her can-do attitude, creative moxie, and unflappable poise.

At one of her parties, you might see mermaids swishing in a swimming pool under a Plexiglas floor; a man parachuting into lunch at Blackberry Farm to deliver a present; or synchronized swimmers dancing in a pool filled with Ping-Pong balls. She has staged parties on a battleship in New York Harbor; a butte in Lake Powell accessible only by helicopter; and more familiar (though no less fabulous) spots like London, the South of France, and Turks and Caicos. 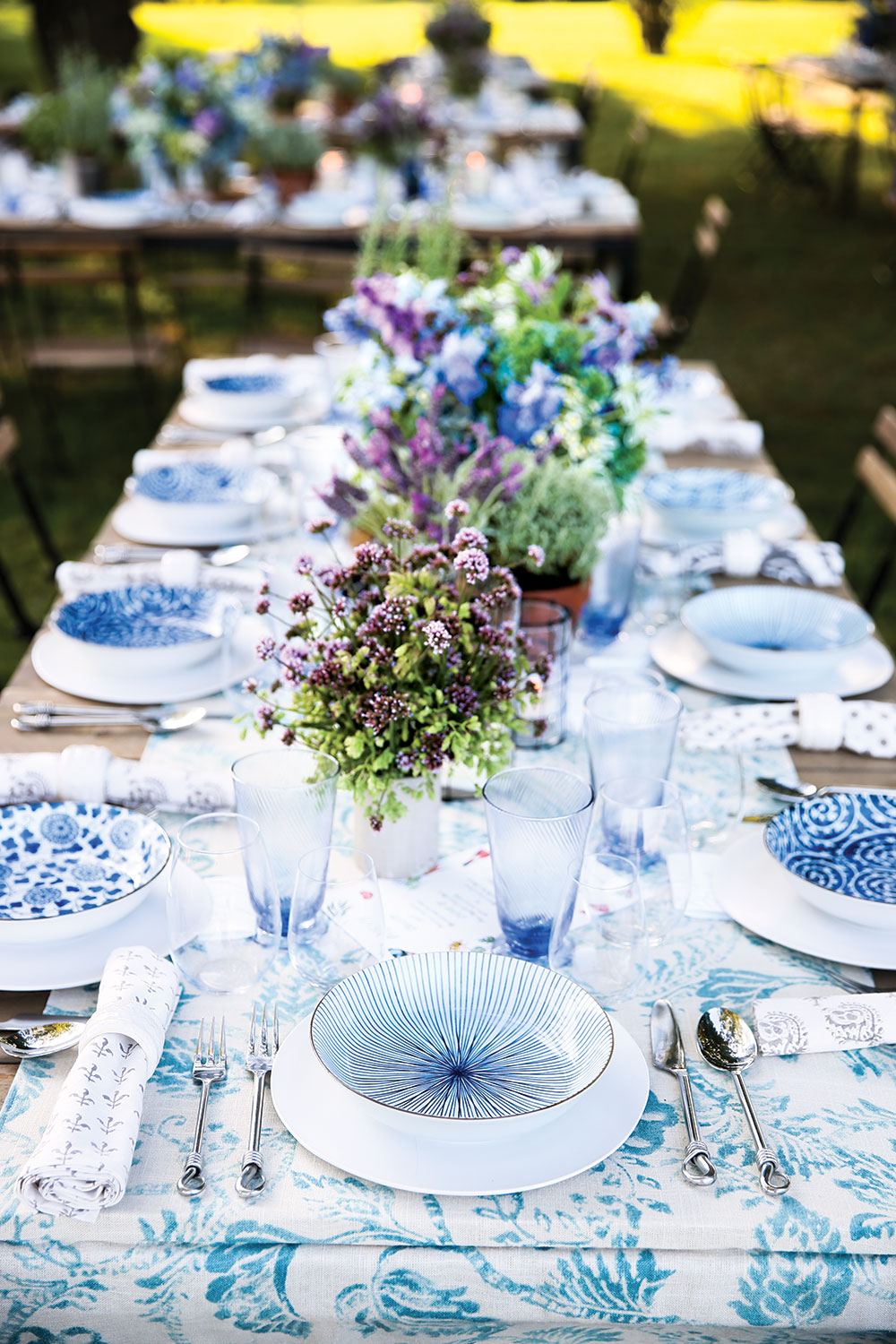 A pretty table at a summer party in the Hamptons. Photo by Donna Newman 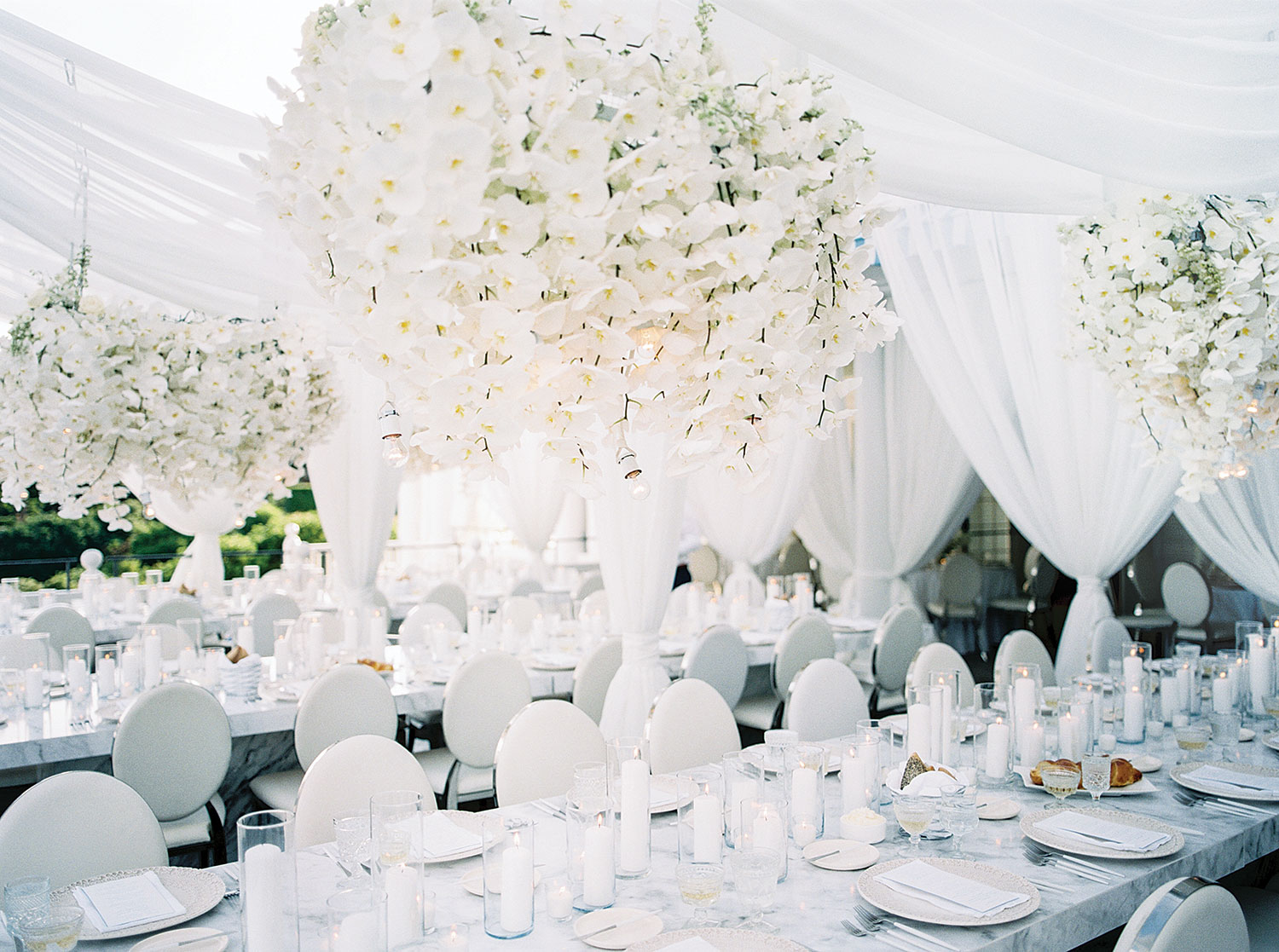 Flowers float above tables like chandeliers at a wedding party at the Ocean House in Rhode Island. Photo by Erich McVey 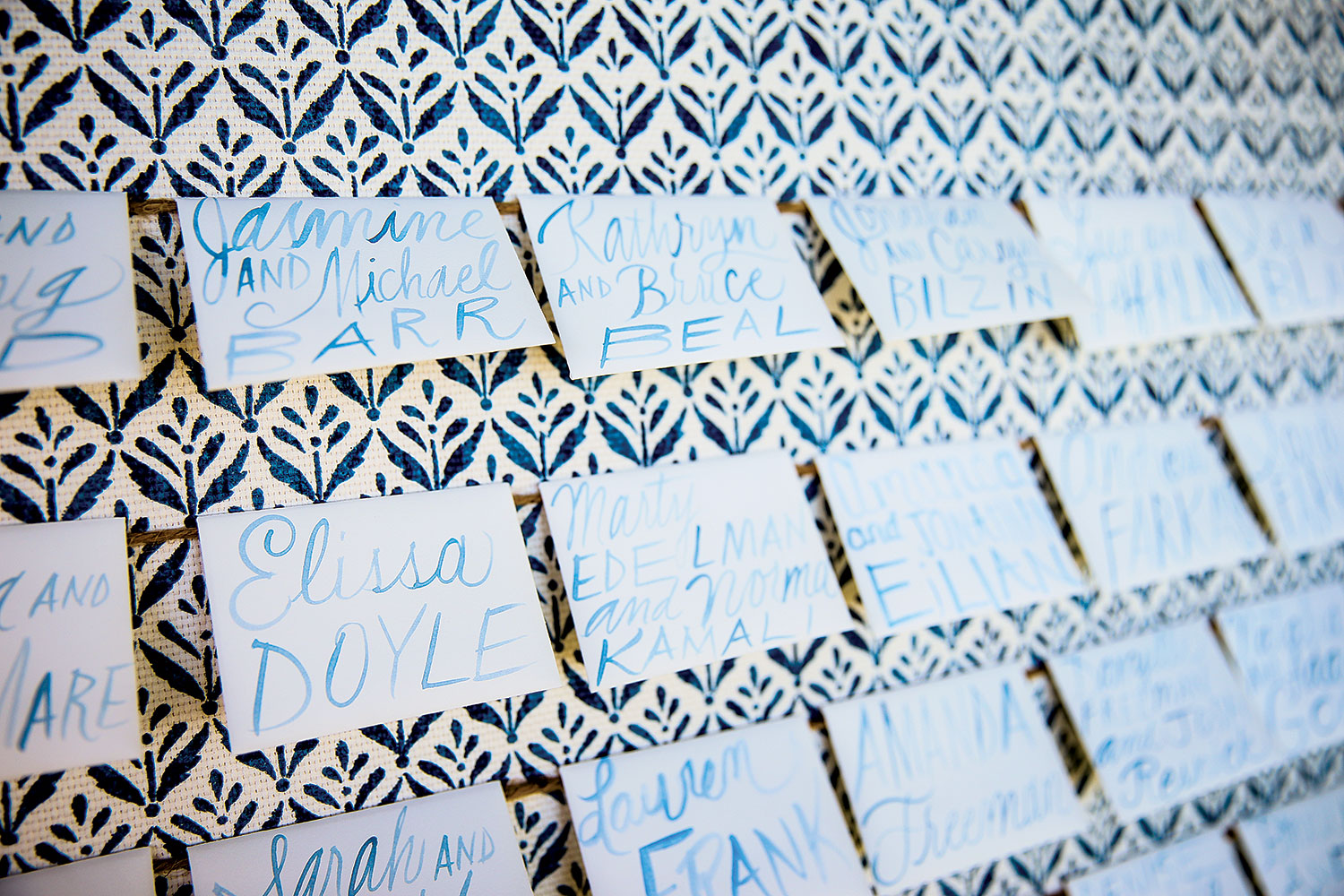 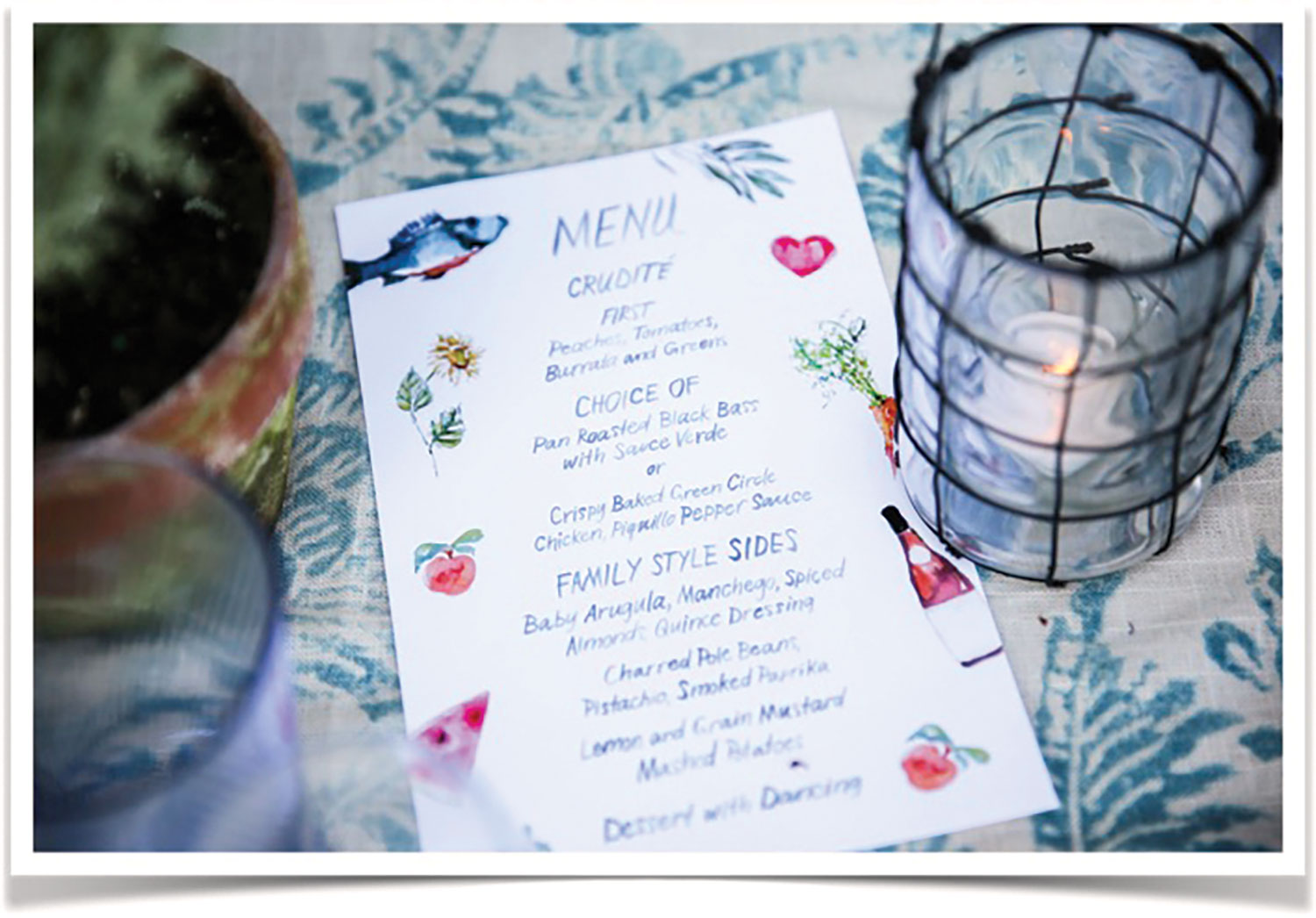 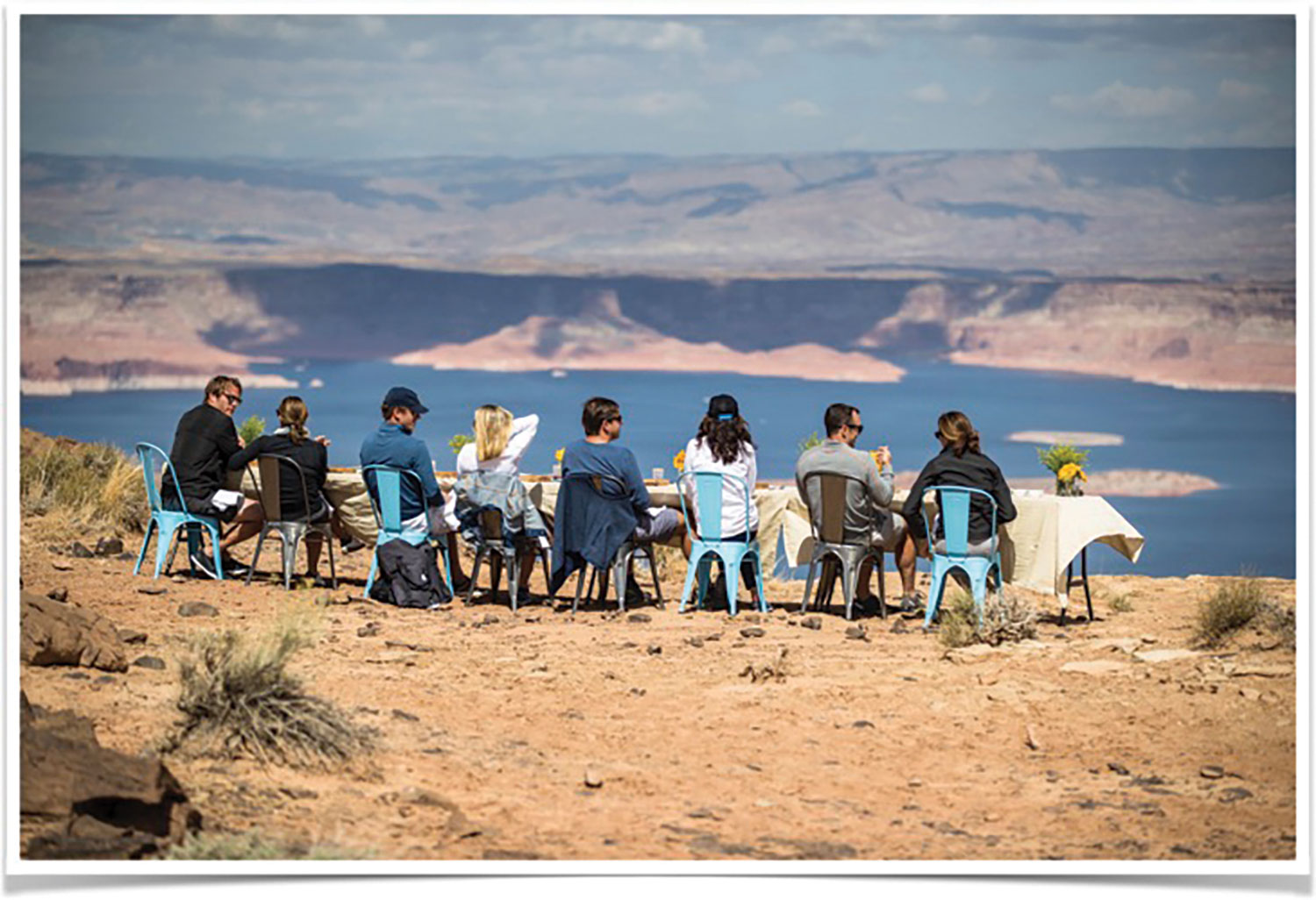 Lunch with a view on Tower Butte at Lake Powell. Photo by Mark Fisher 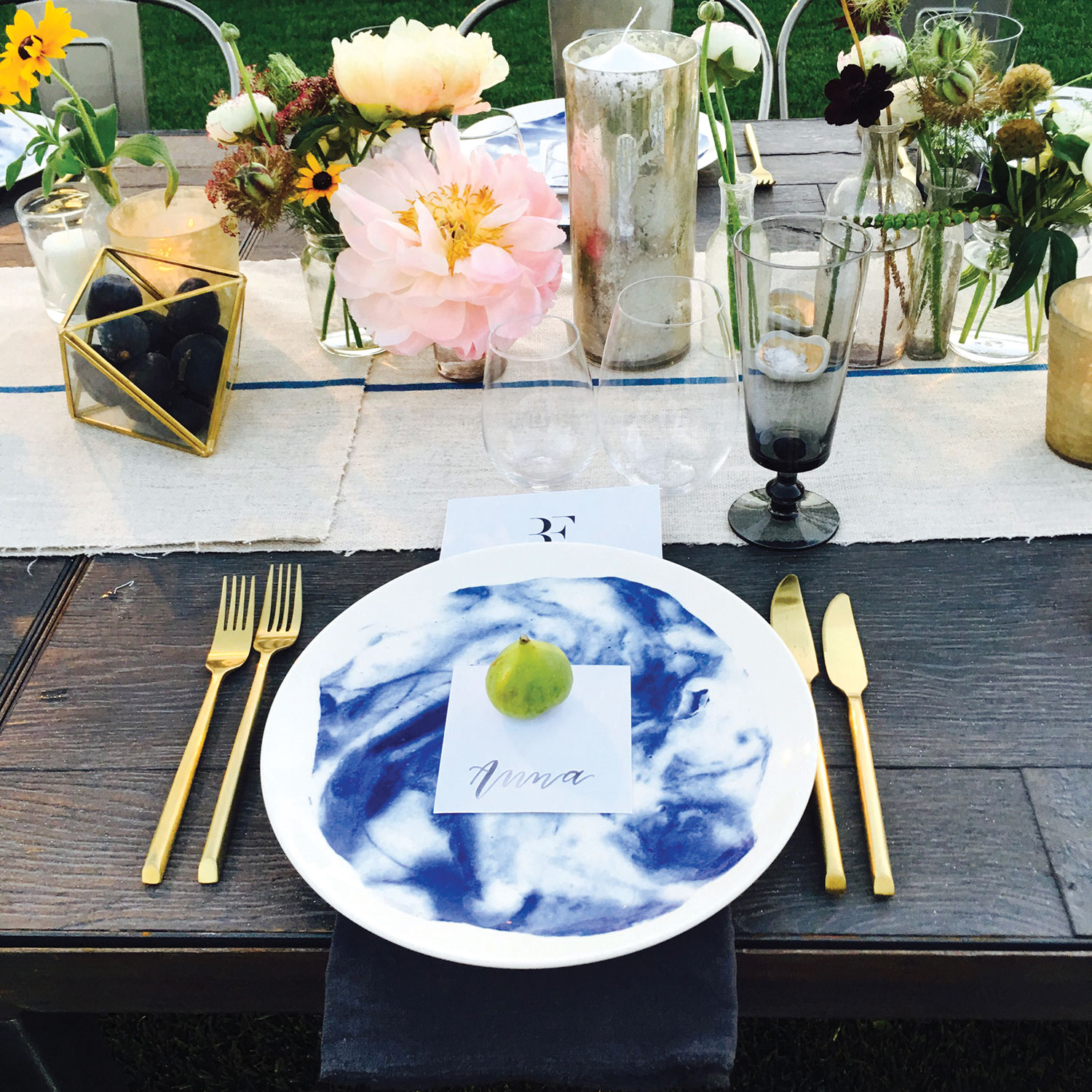 Casually grouped, these flowers look fresh from the garden at a Hamptons charity event. Photo by Jessica Latham 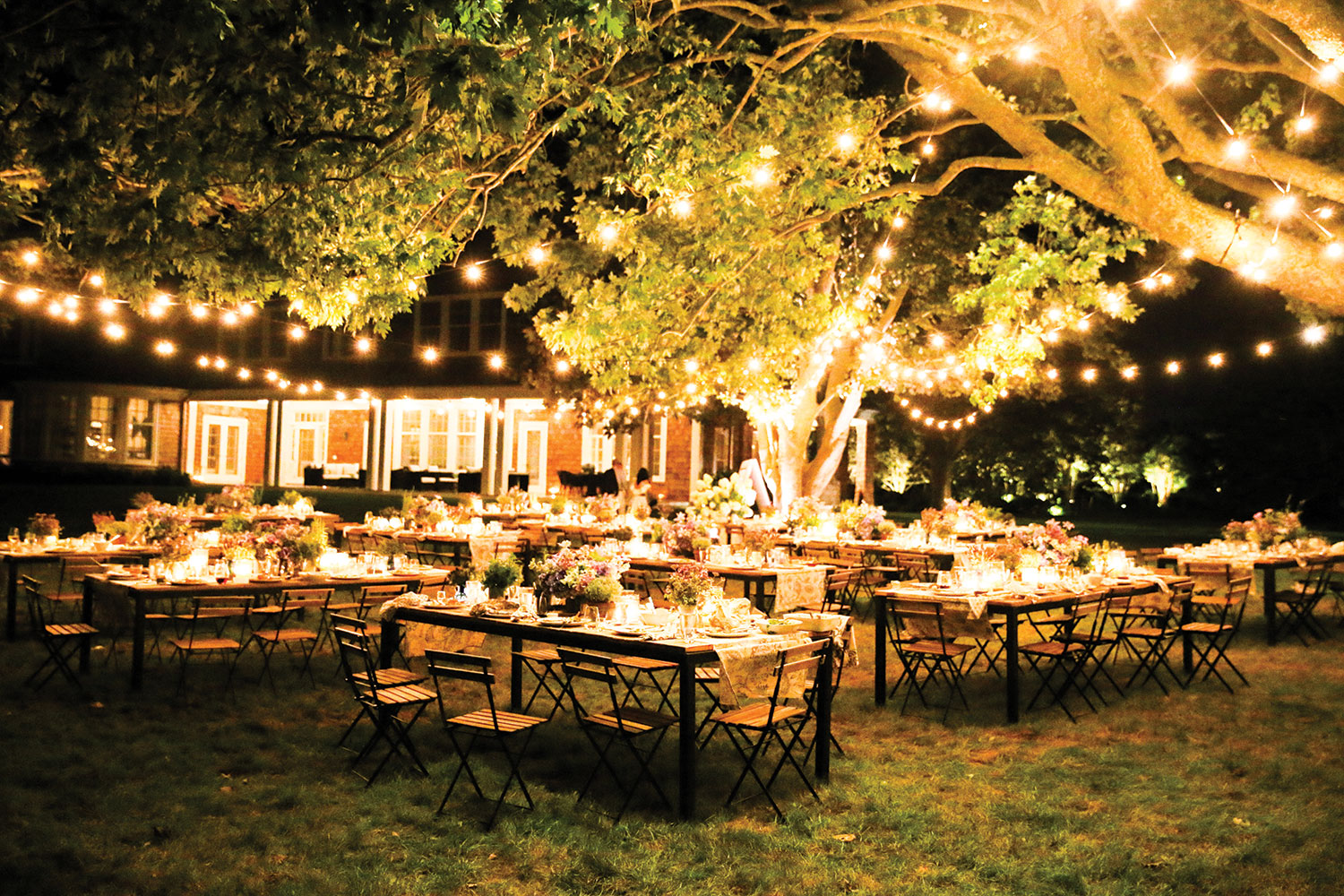 At some seated dinners like the one above, Latham often tucks a card under each plate with notes about guests to the right and left to spur conversation and “get the party started.” 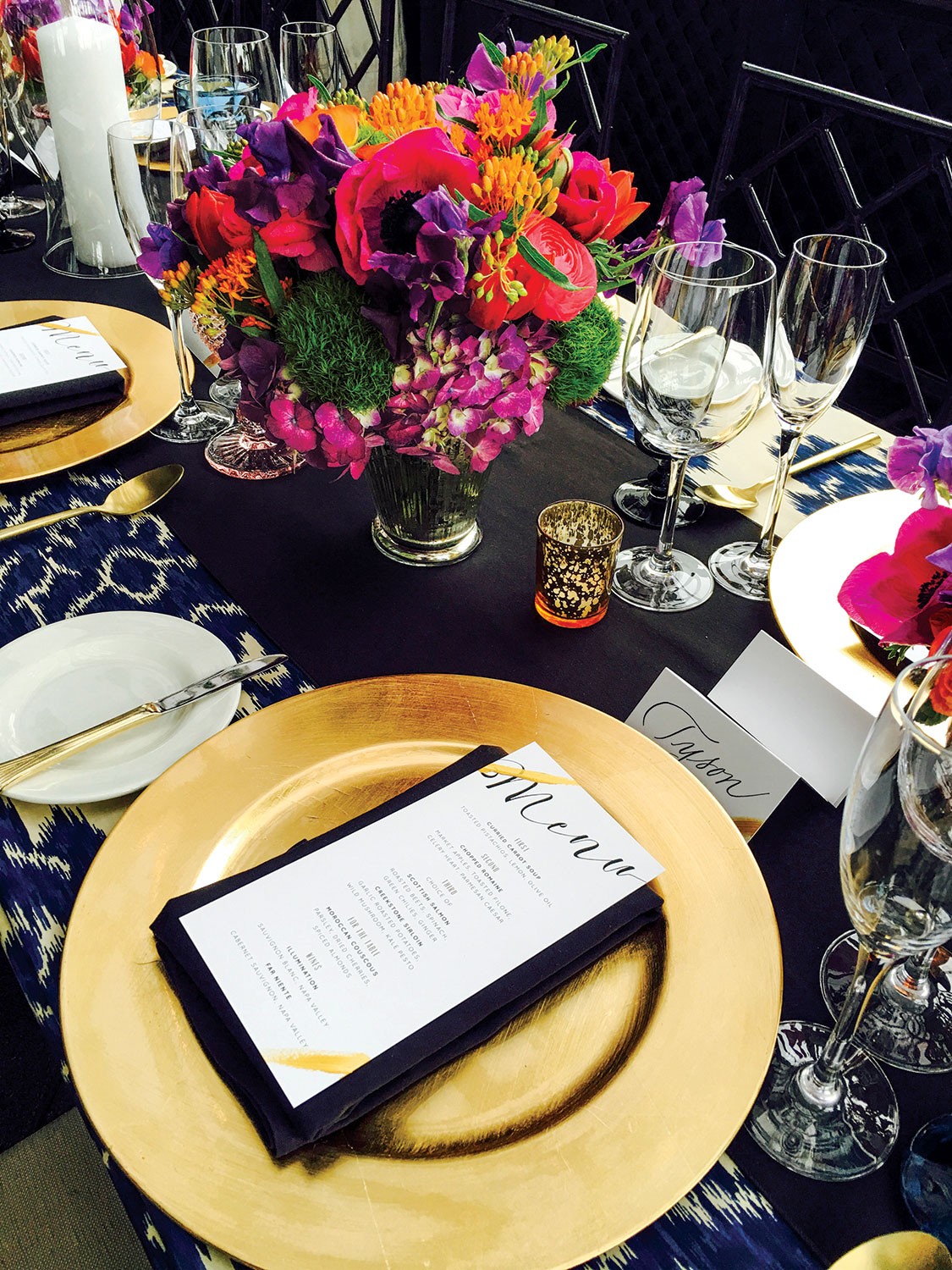 A sophisticated look for a birthday party on the rooftop of the Gramercy Park Hotel. Photo by Melanie Lust 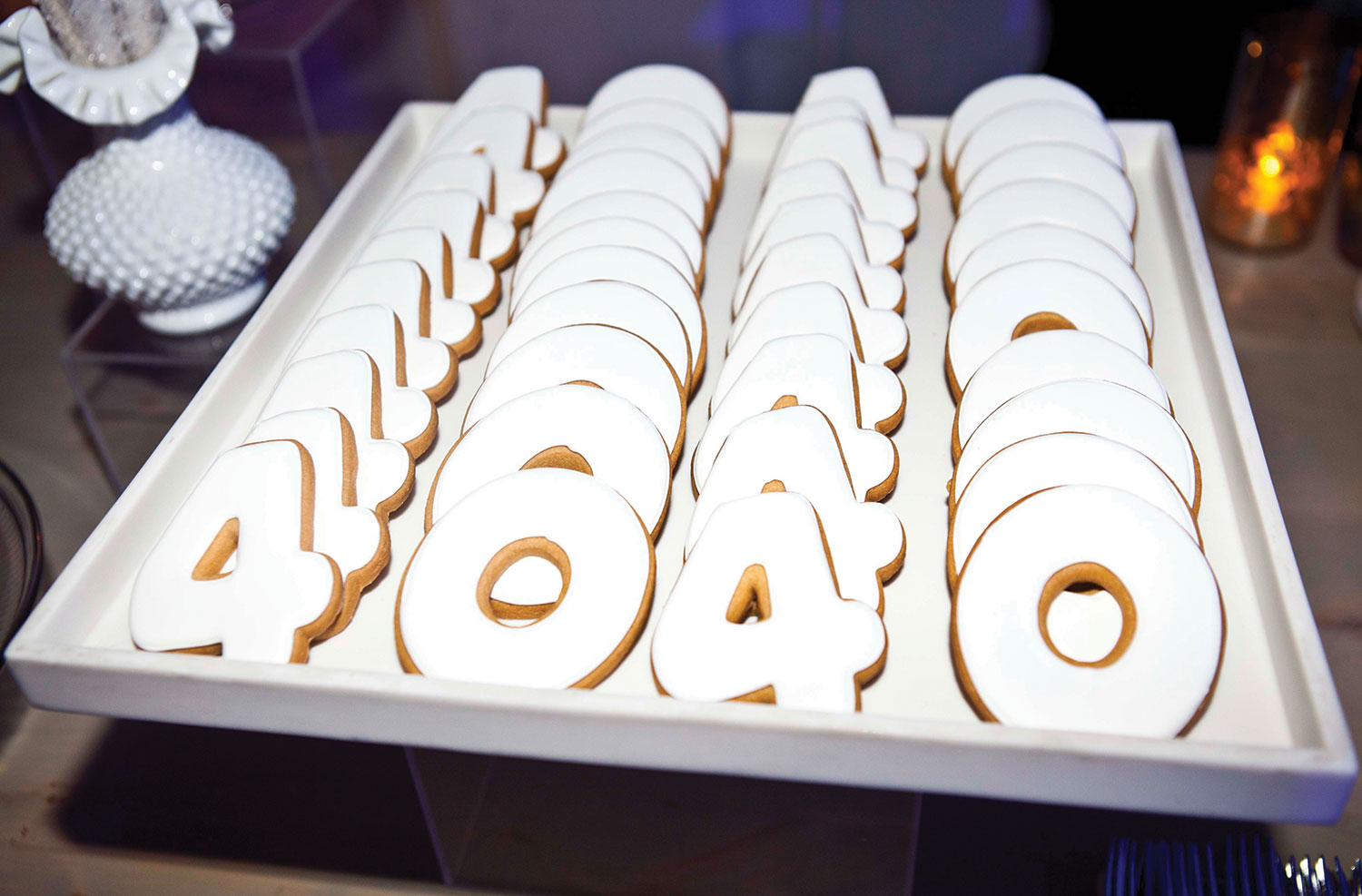 She began her career at a PR firm in Los Angeles where she worked red-carpet events, celebrity golf tournaments, and film premiers, eventually landing in the event department of Vanity Fair in New York. “There’s no better training ground than that,” says Latham. “I think the thing I learned most from Vanity Fair is the concept of how much the details matter. The way our envelopes were sealed for the [Oscars party] invitation, the calligraphy, how guests were treated from the moment they were contacted about the party. Before the dinner, we’d be out there with rulers measuring place settings like in Downton Abbey. It was that level of attention that we put into everything we did.”

“I love film, but there is something about the live production of an event—the adrenaline of it—that you don’t get in the movie business when you have take after take after take”—Jessica Latham

In 2011 Latham ventured out on her own, starting Social Studies, in part to give herself flexibility to dabble in film production. She’s seen success there too, garnering an Oscar for her work on the documentary Inocente, but says she will always love planning parties: “I love film, but there is something about the live production of an event—the adrenaline of it—that you don’t get in the movie business when you have take after take.”

It looks like she’ll be balancing the two for the foreseeable future. She recently opened a Social Studies outpost in Palm Springs and is looking forward to more opportunities to entertain West Coast style. For now, though, it’s back to work in Ibiza. There’s a taco party that evening, and Latham has Mexican wrestling masks for the guests. “It helps people loosen up,” she laughs. “Big parties can be intimidating, but at the end of the day, a party is a party, and if you can do things to help nudge people along, that’s good.”

More Entertaining with the Best