Sepals and bracts, calyxes and chromosomes: The cultivation of roses inspires a certain affection greater than the botanical terminology might suggest. Such was the case with the late David C.H. Austin, the renowned English rose breeder who devoted his life to developing distinctive roses known to gardeners, floral designers, and admirers around the world.

“My peers assured me that nobody would want to grow my style of roses. The trend at the time was for hybrid teas, though it seems hard to believe that today,” said the 20+-time gold medalist of the Chelsea Flower Show and winner of the Royal Horticultural Society’s Victoria Medal of Honour. “As none of the nurseries were willing to sell English roses, I realized that if I wanted gardeners to be able to grow them, I had to follow my instincts and offer them to the public myself.”

And so he did. After releasing more than 200 English roses, being appointed an Officer of the Order of the British Empire, and winning a lifetime achievement award, the breeder shared the stewardship of his namesake company with his son, David J.C. Austin, and grandson, Richard Austin. Their office, in the village of Albrighton on the Shropshire border of England, is also the location of their plant center, which houses two acres of rose gardens and breeding facilities. They extensively test each rose they cultivate: 50,000 crosses might yield 250,000 seedlings. They winnow down and test these plants over a period lasting up to eight years. The process results in three to six new varieties of David Austin roses per year.

What started as a hobby—inspired by a gift from his sister, the 1936 edition of Old Garden Roses by E.A. Bunyard—turned into a calling for this farmer’s son with a passion for developing new varieties of plants. “The book inspired me to order a few old roses, and I was able to appreciate, at first hand, their full beauty—their beautiful flowers, their wonderful fragrances, and their bushy, natural habit,” said the elder David. He also ordered modern roses to study their advantages: They flowered from early summer through autumn and had a much wider color range. From that, his hobby took root. He concentrated on developing subtler aspects of English roses: scent (myrrh, tea, and musk); color (blush pink, cream, and apricot through crimson); and character (repeat- flowering ability and good disease resistance).


Find the David Austin Roses empire around the world, with their English varieties growing in more than 30 countries and with licensees in Europe, the United States, China, Russia, Canada, New Zealand, and Japan.

The roses—whether found in garden centers, mail-order catalogs, or through luxury cut-flower wholesalers—have an avid fan base, which responds to the heady romanticism of the aromatic and robust, many-petaled blooms. Their natural grace is as appealing to brides as it is to gardeners.

But the poetry of the petals doesn’t end there. ‘A Shropshire Lad,’ ‘Maid Marion,’ and ‘Christopher Marlowe’—the roses have romantic proclivities even in nomenclature, displaying a fondness for local connections, literature, music, and horticulture and gardening themes, as well as places of interest and areas of natural beauty. “But above all, my aim is always to choose a name that matches the unique character of the individual rose. My first rose, ‘Constance Spry,’ was named after the British florist and author who, amongst her other work, was commissioned to arrange the flowers for Queen Elizabeth II’s coronation,” he said. “She also devoted years to the cultivation of antique roses and was therefore a natural name choice.”


Today, his son, David J.C. Austin, takes on the challenges that come with putting down roots in areas around the world: “It has been a privilege to be a part of the success my father has created,” he says. “The business has taken me all over the world, and I have gotten to know many people extremely well, gaining a real insight into different cultures and ways of life. Traveling from Ecuador to Japan and everywhere in between has been a great journey to experience different places, and it has given me the chance to see how plants grow in different conditions, which continues to fascinate me. You learn so much, including little quirky things such as you can plant a seed at the equator 365 days a year and it will grow. We are used to seasons, but on the equator there is only one season—summer all year-round!”


No matter the season, botanical enterprise seems to favor this family. They are especially optimistic about one of their most recent introductions in the United Kingdom: ‘Olivia Rose Austin.’ “It was named after my daughter,” says David J.C., “so it had to be something rather special. It is, in fact, possibly the best rose that we have introduced to date.” 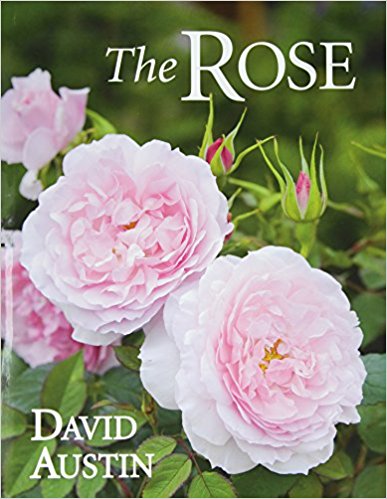