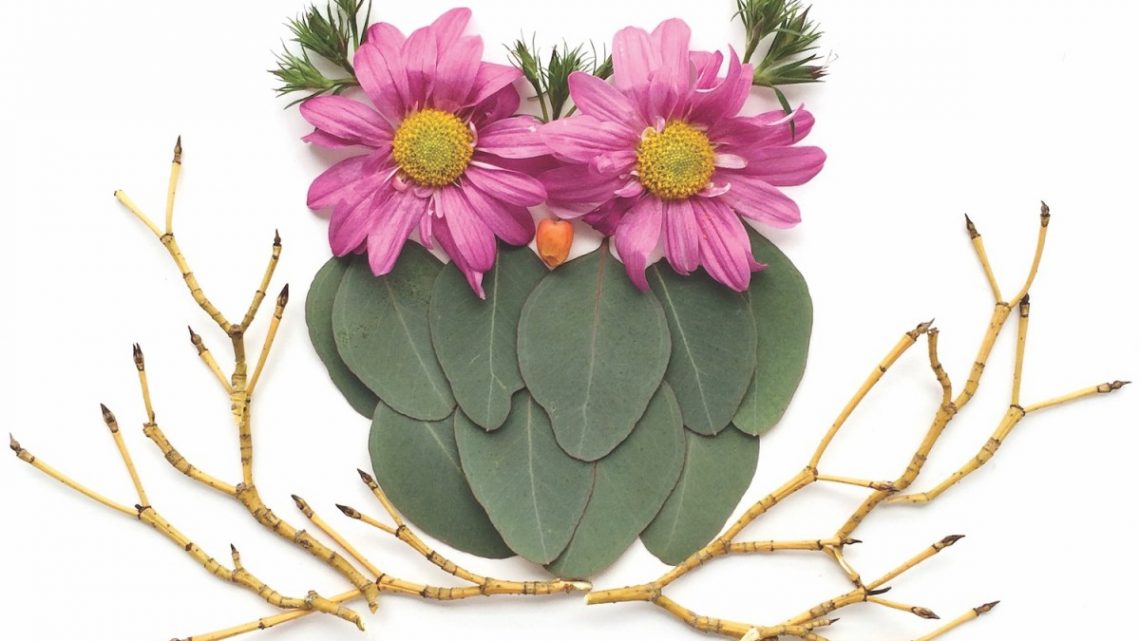 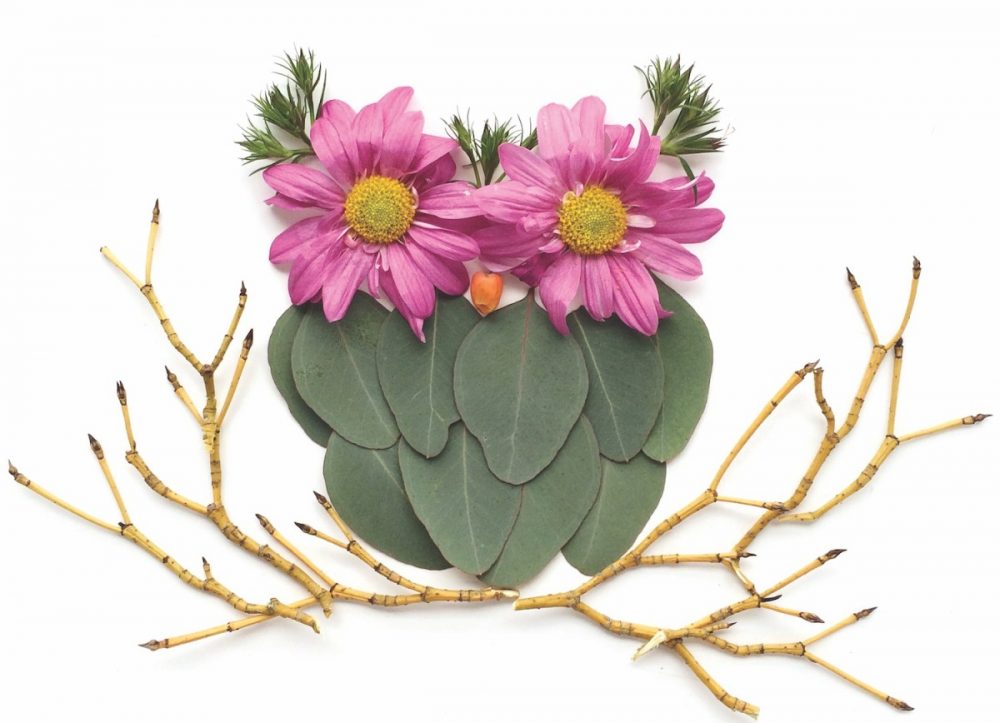 “The gathering of flowers and such takes longer than arranging. Because of the nature of the materials, I have to be quick,” says Bridget Beth Collins. 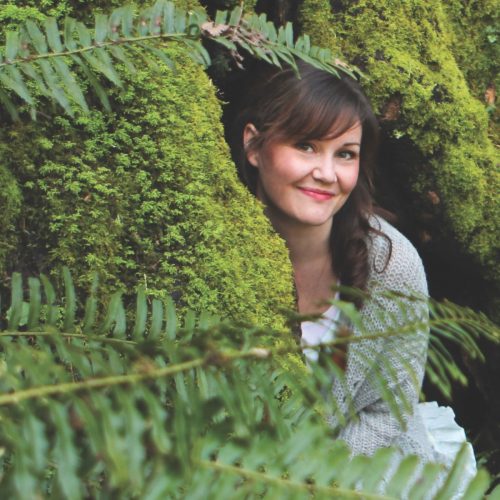 Artists see things a bit differently than most people. They look beyond the obvious when they see a pretty fower, for example. That flower in their eyes could look like goldfish fins. Bridget Beth Collins saw that idea in an orange poppy; she then took the petals, added some paint, and turned them into a glorious goldfish. After the flowers faded, she substituted artificial ones and hung the piece in her son’s bedroom.

Little did she know that years later she would capture the zeitgeist of Instagram users all over the world with Flora Forager, her charming botanical creations from fresh plants and flowers. “I had no plans to start a business or anything like that. I was a stay-at-home mom with three young boys,” says Collins. “It all happened very organically.” Fortunately, an editor at The Chalkboard magazine told her that she should put her “flower art” on Instagram and that it “would blow up.” Collins did and the result was fast and a bit overwhelming. “I had no idea that petals could be an art form! And, I still wasn’t sure about e-commerce, but my husband is a website developer and said he would design the site and handle the business side, so I could just create,” says Collins, who lives in the Ravenna neighborhood of Seattle.

Her art’s ephemeral nature demands that she compose her subject quickly and take photographs before the result wilts. She then posts the images on Instagram and offers them for sale on her website. 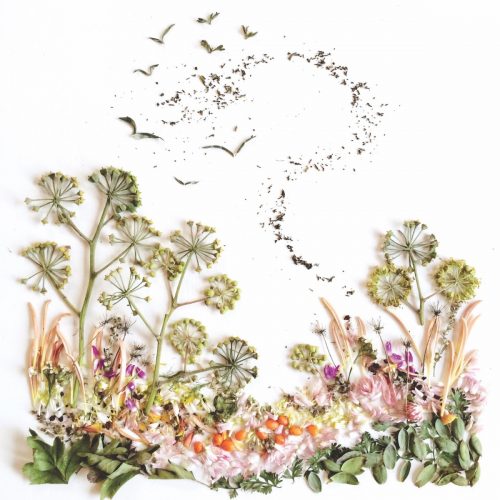 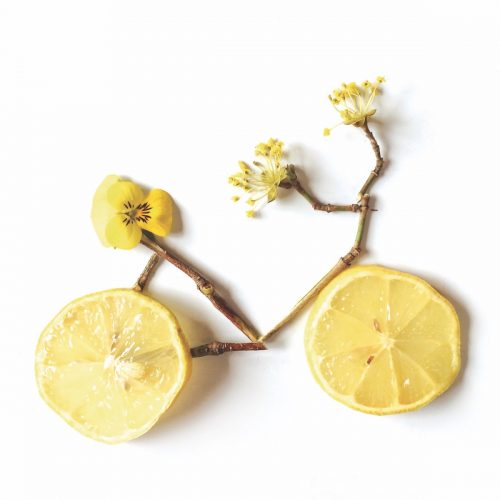 Collins grew up in the seaside town of Edmonds in Washington State. “We lived next to this big park with a river that led right out to the sea. I was always roaming with my two sisters or by myself,” says the artist. “I was all about make-believe and fairy tales. I would write stories; my sister Lucy would type them up; and I would act them out.” Her imaginative spirit lead to the pursuit of theater at a young age and all the way through college, but her love of art was always close at hand. An attraction to flowers started right in her backyard with its white picket fence and view of the sea. “My mother is a true master gardener. She has massive rose gardens with over 70 varieties and thousands of flowers. You could never count them all.” 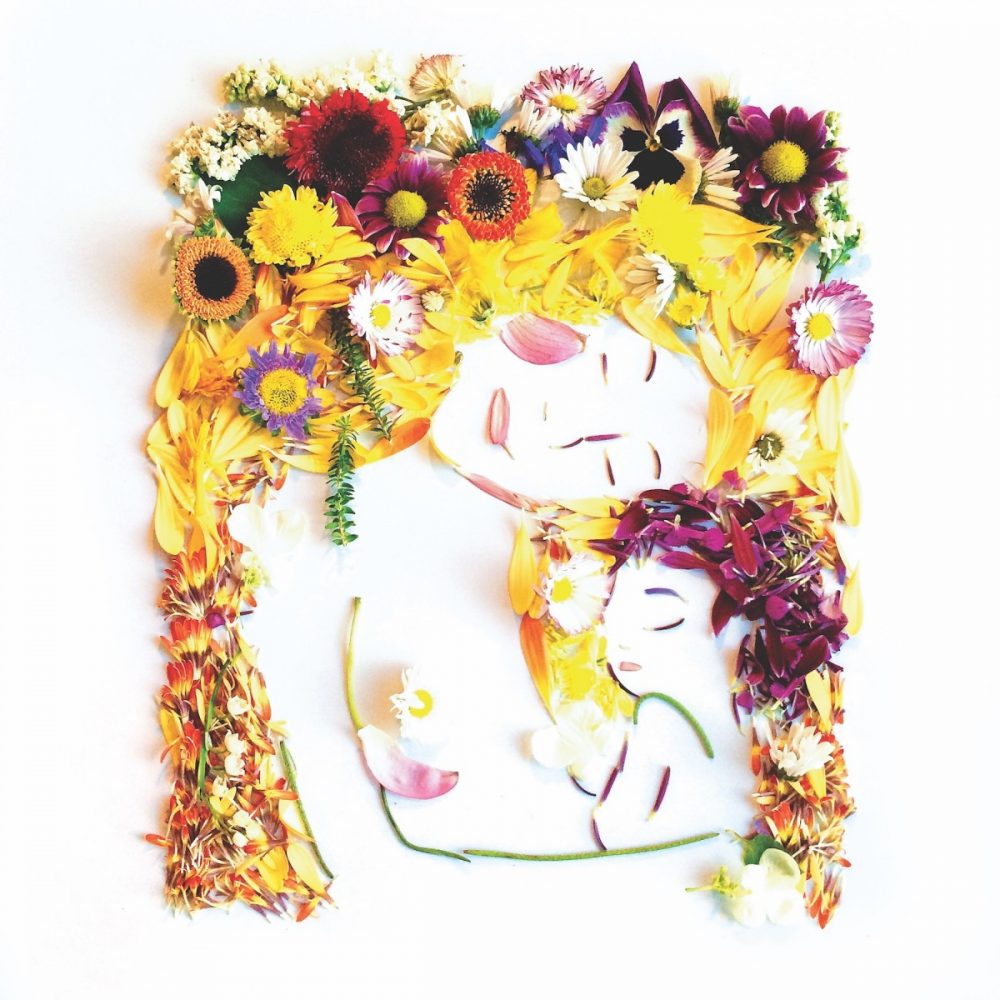 Collins’ three young sons help forage sometimes, but “mostly they just roll their eyes and say, ‘Mom and her flowers’ with a sigh,” laughs Collins. Above, see an interpretation of Gustav Klimt’s painting Mother and Child

Collins finds many of her Flora Forager treasures in that childhood garden, but most come from humbler origins. She forages in her urban neighborhood by plucking from the sidewalk or from a large nearby park. “Seattle is called the Emerald City, and it is full of greenery, gardens, and unique flowers,” says Collins. Her favorites include David Austin garden roses, particularly the ‘Evelyn’ variety, and she is drawn to camellias, rhododendrons, lilacs, and chocolate cosmos as well. Her subjects vary greatly from animals to ballerinas to the Eiffel Tower, while others are best described as “naturescapes.” She also enjoys writing and painting, and finds inspiration in the work of British book and magazine illustrators Arthur Rackham and Edmund Dulac and the poetry of John Keats. 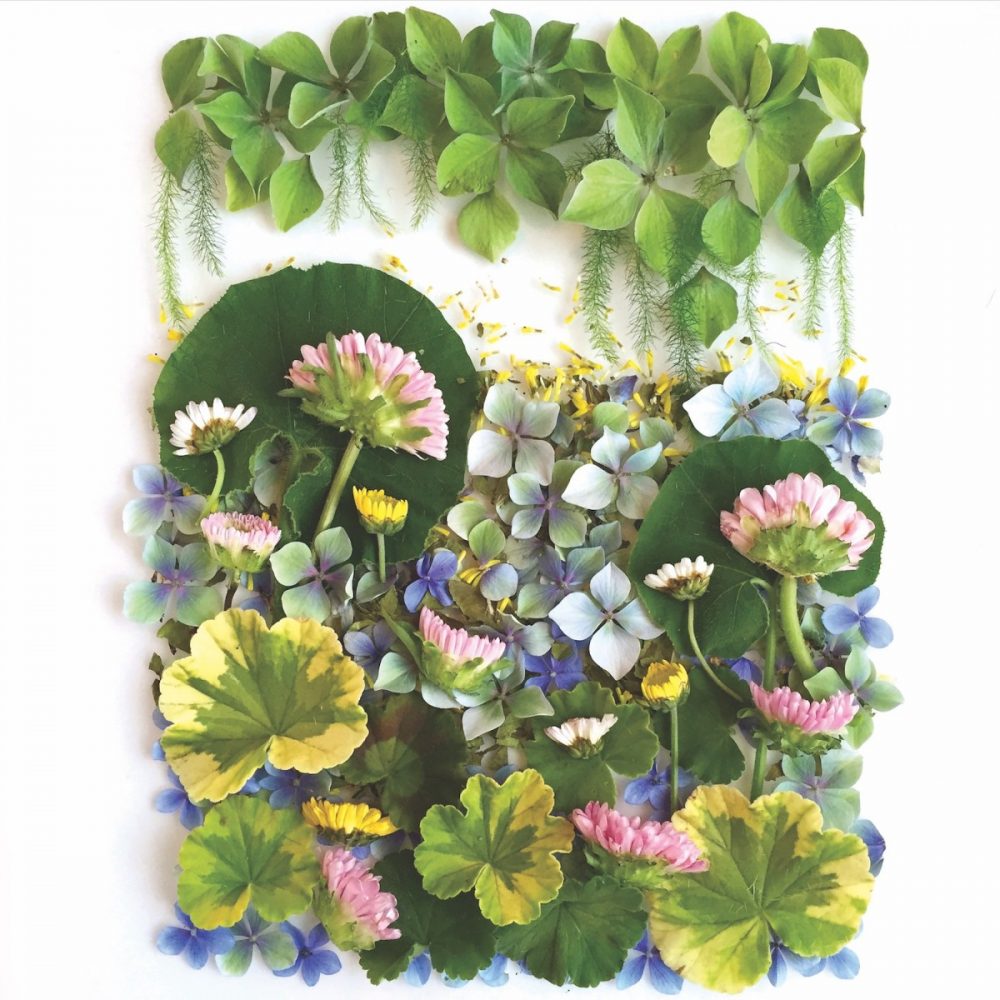 Bridget Beth Collins deconstructs flowers and leaves and puts them together again in imaginative ways. Shown above is one of her “naturescapes,” as she calls them.

The success of Flora Forager has lead to new opportunities for Collins. She is taking commissions, has an agent in New York, and is creating a seasonal writing journal with Seattle-based Sasquatch Books. “I think there’s a little bit of fairy dust in Bridget’s work. She allows you to see the natural world in a new way,” says her editor Hannah Elnan. “It’s always a treat to see how her imagination and artist’s eye will render bits of floral material that most of us wouldn’t give a second glance into true works of art.” She is discussing other book ideas such as one about birds, a favorite theme. “Some flowers naturally lend themselves to certain applications,” she explains. “The petals of gerber daisies already look like bird feathers.” Indeed, they do. 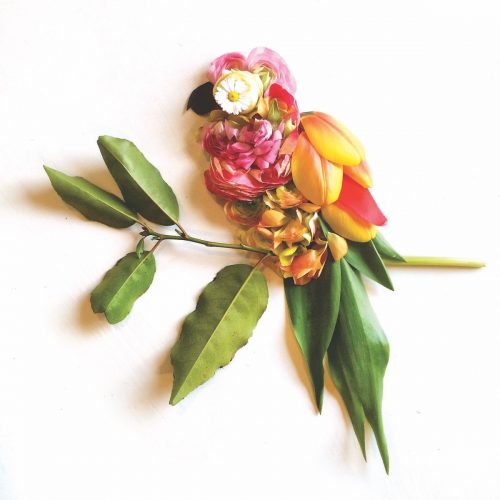 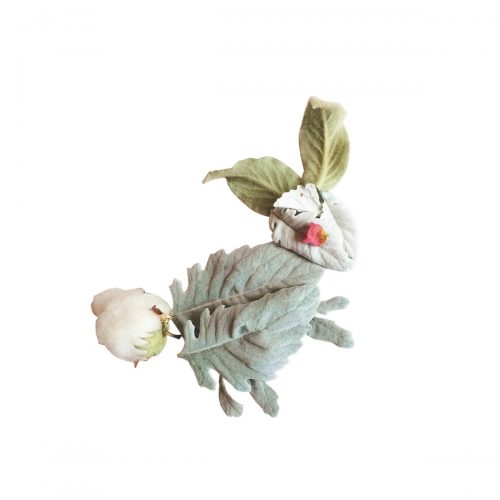 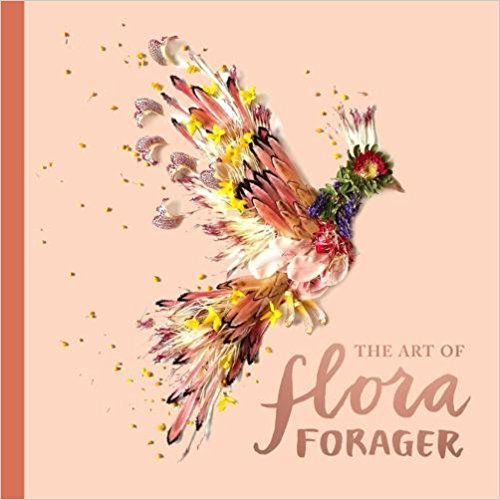 Collins’ beautiful book, The Art of Flora Forager, is available from our Flower Magazine shop.