Remembering the Genius of Beatrix Farrand

Though many of Beatrix Farrand's projects have been lost to time, a historic Washington, D.C., garden preserves her legacy. 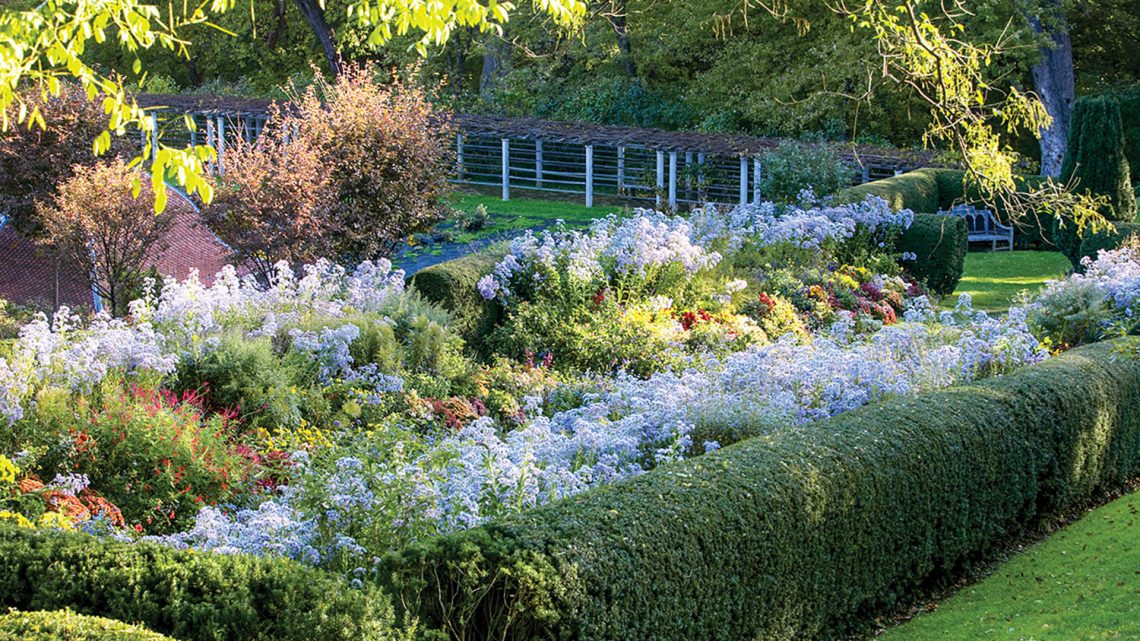 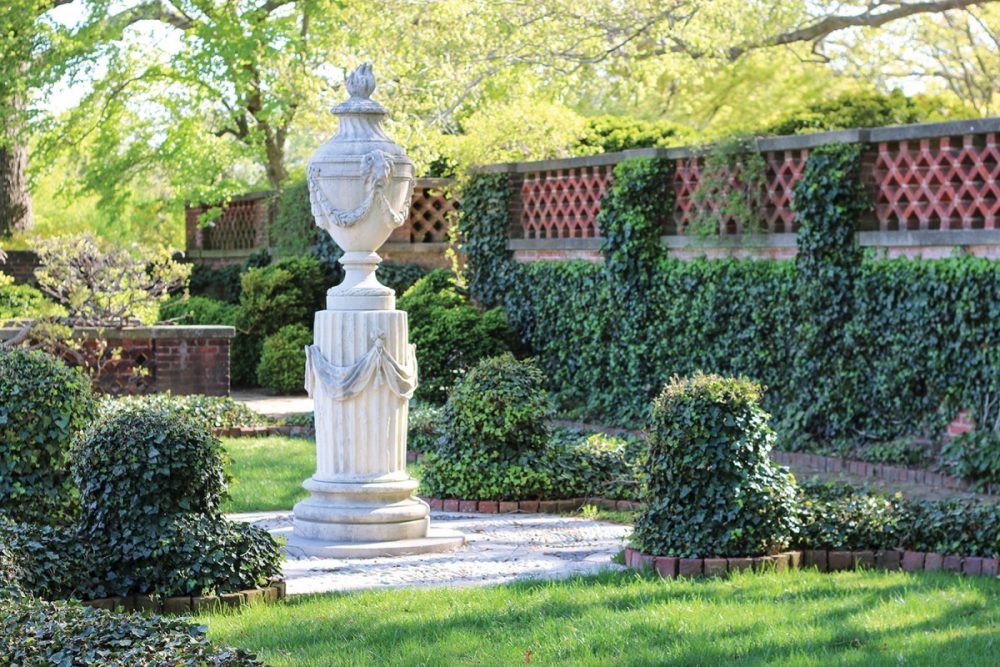 The urn terrace designed by Beatrix Farrand features an urn modeled on an 18th-century terra-cotta one that Mildred and Robert Bliss purchased in France. Photo by Spencer Lenfield/Dumbarton Oaks

“You are the pearl of hostesses and clients . . . the combination of a place like the Oaks, a climate like Washington and the sympathetic and quick understanding of a critical friend make a stimulus to one’s imagination and a wish to do one’s very best work,” wrote landscape designer Beatrix Farrand to Mildred Bliss, the mistress of Dumbarton Oaks, in a letter dated July 7, 1922.

Nearly 100 years later, the gardens do indeed stand testament that Farrand, the only female founding member of the American Society of Landscape Architects, adeptly achieved her desire. The gardens, sculpted out of a steeply sloping property in the heart of Georgetown, continue to thrive and flourish, a verdant oasis of serenity in striking contrast to the bustle of nearby Dupont Circle or the cacophony of political posturing on Capitol Hill. 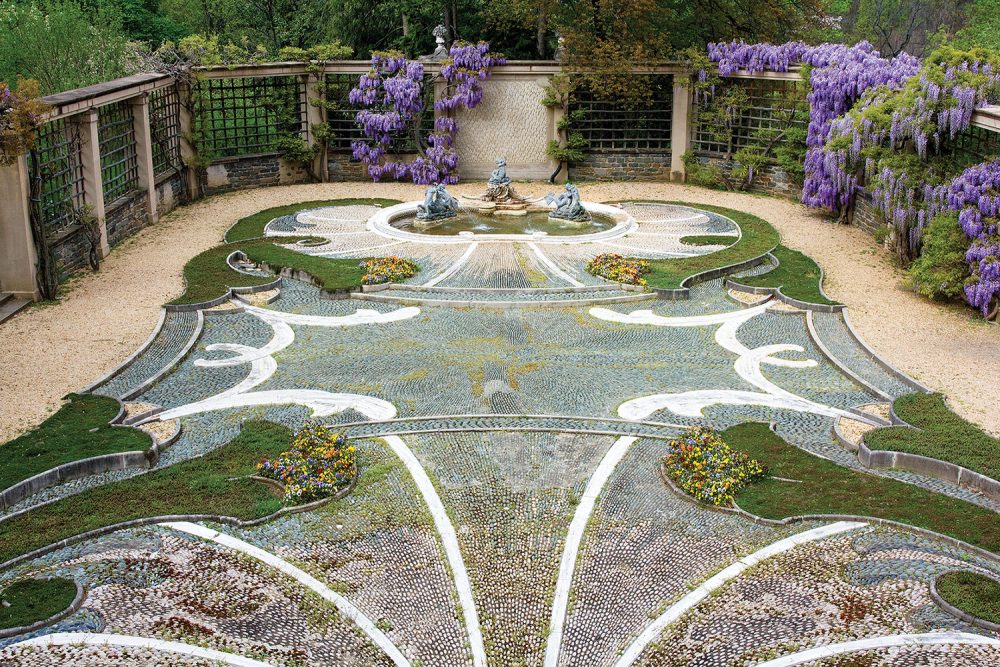 The former tennis court was transformed into a pebble garden by Farrand’s protégé, Ruth Havey. Mexican stones form the rocaille mosaic pattern, while the wisteria-draped walls and stone benches were part of Farrand’s original design. Photo by Charles Kogod/Getty Images 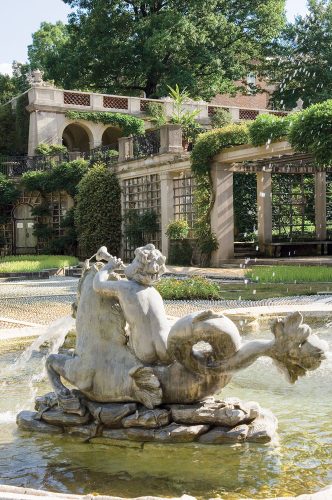 Detail of the fountain in the pebble garden. Photo by Chris Parker/Getty Images

“Her genius was in the way she fit these gardens into the challenging topography and how she mixed a European formal garden aesthetic with a more naturalistic American landscape style,” says Jonathan Kavalier, director of gardens and grounds for Dumbarton. “It’s the most well-preserved example of Farrand’s work, as unfortunately most of her other projects have been lost over time.”

In 1920, Mildred and her husband, Robert Woods Bliss—a Foreign Service Officer who served in a number of posts in Europe and ultimately as ambassador to Argentina—purchased Dumbarton as their Stateside residence and embarked on a meticulous renovation and expansion of the house, while engaging Farrand to create a series of gardens on the 54-acre property.

As the Blisses often needed to oversee the endeavor from afar, correspondence between Mildred and Farrand flowed prolifically across the Atlantic, carrying plans for everything from plant specimens to designs for benches and urns. Those letters (now housed in Dumbarton’s archives) speak to the close relationship the women forged, so much so that they referred to each other as “gardening twins.”

The Blisses, who were also passionate collectors and patrons of the arts, were primarily at home in spring and fall; thus the gardens were designed to be particularly enjoyed during those seasons, although with plenty of areas of interest year-round. 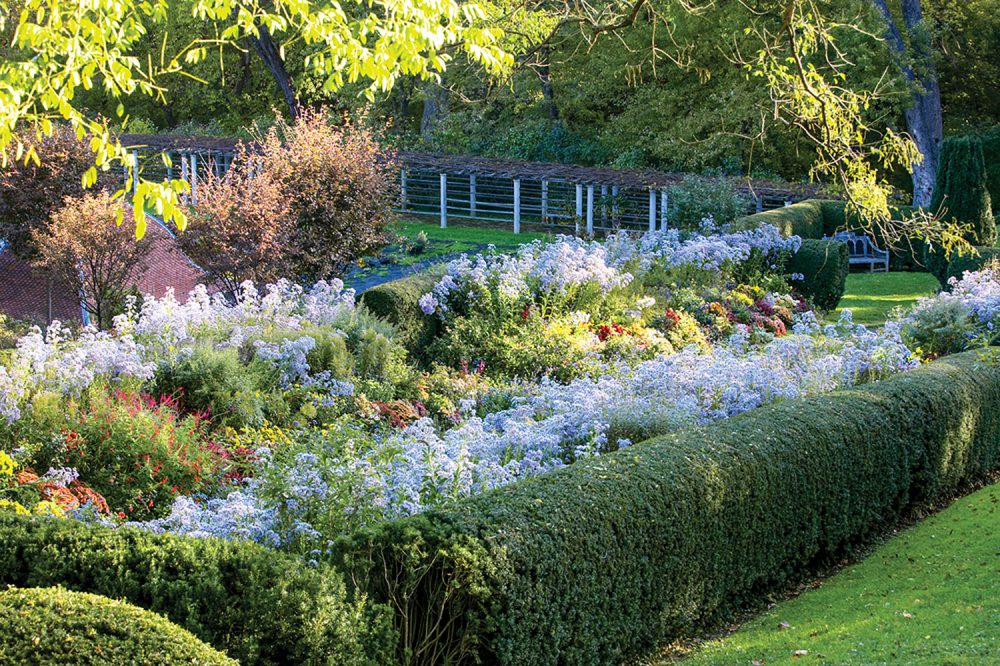 In the herbaceous border, inspired by the work of Gertrude Jekyll, the beds are a mix of perennials and annuals in pastel shades framed by yew hedges. Photo by Joe Mills/Dumbarton Oaks

A frequent entertainer, Mildred specified that she wanted the formal garden terrace closest to the house to feature only green with white flowers, so as not to clash with the ladies’ couture. However, any guest adventurous enough to wander farther afield might happen upon a rose garden awash in pinks and salmons, a hillside of cherry trees in riotous bloom, or a 1-acre dell of yellow forsythia spilling over like a waterfall.

Today, visitors are more likely to have on walking shoes suitable for exploring. In 1940, the Blisses gifted the house and 16 1⁄2 acres of the upper gardens to Harvard University, Robert’s alma mater. It now serves as a museum, research center, and garden open to the public. Kavalier encourages people to let their feet be their guide. 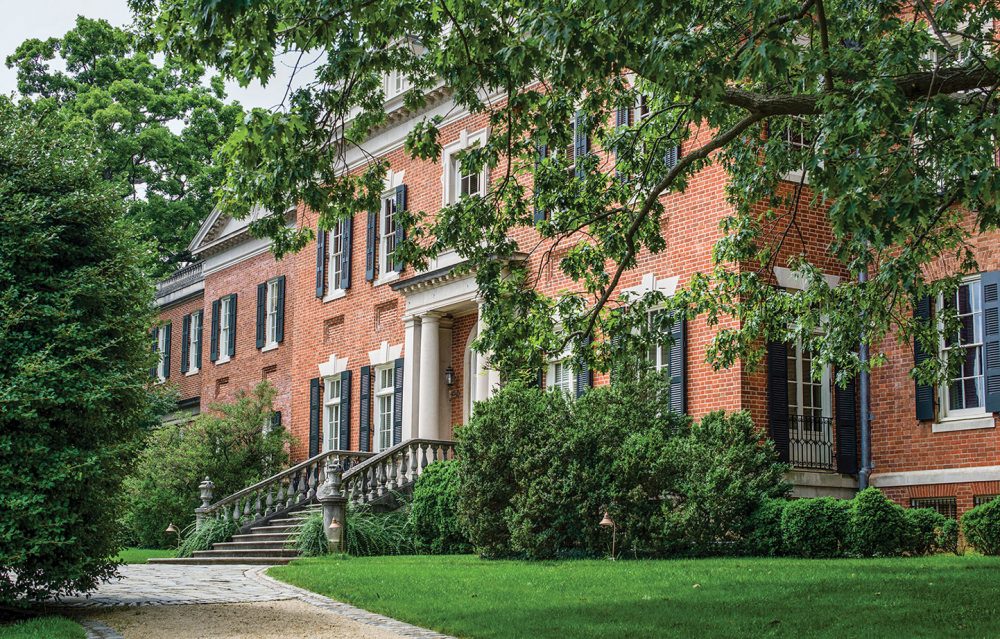 The Blisses gifted their 1801 Federal-style house to Harvard University in 1940. The original urn that once stood on the urn terrace (refer to first photo) is now housed in the house’s rare book library. Photo by Spencer Albert Knapp/Alamy Stock Photo

“Farrand was masterful at conceal and reveal. It’s a garden full of surprises.”—Jonathan Kavalier

“You’ll come around a blind corner or down a small walkway, and then be struck with a moment of awe, whether it’s an allée, an herbaceous flower border, or a charming fountain. And there are always so many quieter nooks and crannies to discover.”