As the creative force behind Rifle Paper Co., artist Anna Bond designs stationery and gifts that burst with a flowery and playful perspective 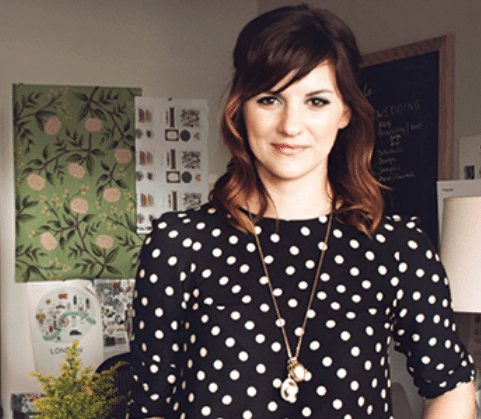 Artist Anna Bond must be something of an early bloomer. She and her husband, Nathan, have built a thriving business from the ground up in less than a handful of years. As the creative director of Rifle Paper Co., Anna oversees the product design of the stationery and gift brand that can be found in stores such as Paper Source, Anthropologie, Pottery Barn, and Liberty of London. She travels the globe, continually seeking out new inspiration, and blogs about it all along the way. And have we mentioned that she’s not yet 30?

Though she certainly lives a charmed life, it hasn’t always been so obvious. At 24, she and Nathan, then a musician, were living in his parents’ guesthouse in Florida—her home away from her native New Jersey. She had left a job as a graphic designer and was freelancing, creating custom wedding invitations for a few close friends in addition to designing the occasional band poster—that was, up until the band disbanded. “At that point, I needed some help, and Nathan stepped in. We really had nowhere to go but up,” she says. 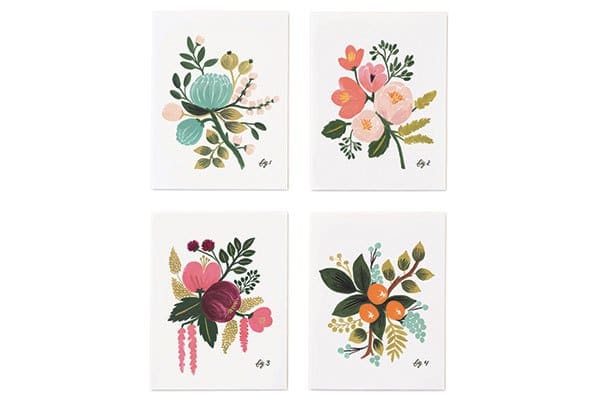 A series of prints. | Courtesy of Rifle Paper Co.

And up and up they went. Today, just a little over five years later, the husband-and-wife team has stationery and gifts in more than 3,500 stores and oversees more than 75 employees in their Winter Park, Florida, studio. With a line of stationery, cards, calendars, journals, even iPhone cases and recipe boxes, Rifle Paper Co. is thriving like the florals that grace so many of its motifs—organically, enthusiastically, and with a charming optimism that stands out among the crowd.

Romantic and whimsical, Anna’s designs are carefully stylized and consistent in their palette of mostly pink, crimson, tangerine, olive, verdigris, and black. In addition to flowers, her designs include animals, insects, happy couples, motivational sayings, and the odd collection of hats or grooming tools. Think Little Golden Books and the work of children’s illustrator Eloise Wilkin blended with the quirky aesthetics of filmmaker Wes Anderson. Her designs feel modern, retro, youthful, and nostalgic, and are often personalized with expressive hand lettering. 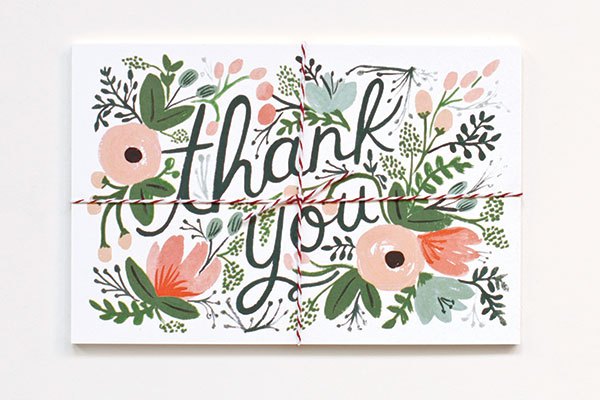 Though it started with wedding invitations, Rifle Paper Co. now specializes in range of gifts, stationery, and cards, such as the Wildflower thank-you postcards. | Courtesy of Rifle Paper Co.

Anna says as a child she was always drawn to dandelions and other blossoms in her midst. “I like to think they were wildflowers, but in reality they were probably weeds,” she says in a quiet voice. Like a flufy seedhead transformed by a breeze, the dandelions and flowers of her youth settled deep down in her creative well, only to bloom again in myriad new incarnations—bigger, bolder, and preserved for the seasons on thick, rich paper and printed in the perpetually sunny environs just outside Orlando.

Flowers are incredibly special and important to me as you can probably tell,” she says. “They’re almost like a living palette with endless shapes, colors, textures. You can combine and arrange them to become so many diferent things.”

And when she paints, she finds she’s most relaxed painting flowers— not the tropical flowers of Florida, but the woodsy flowers of her New Jersey home. “It feels very natural to me,” she says. “When I paint them I sometimes treat it like I’m at a flower market. I pick the flower colors and shapes, the leaf styles, the accent shapes, and then organically work to paint them all together like an arrangement.” 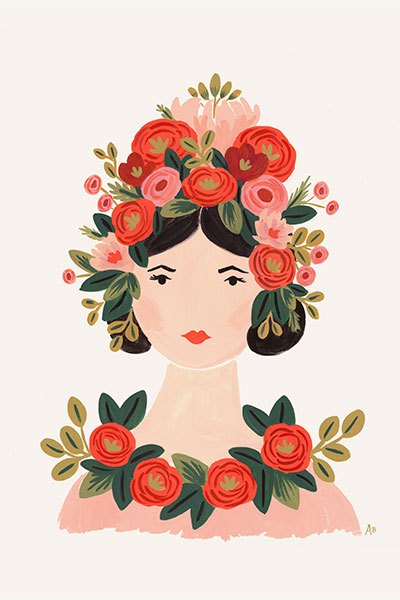 As for what’s up next for Rifle Paper Co., the team is working on a line of wallpaper in collaboration with Hygge & West, as well as an official wedding collection. Right now, the best sellers are calendars and phone cases. “Really useful things do the best,” she says. “I think that’s really important, when something isn’t just pretty, but also useful and functional.”

And how did she learn all this at the ripe old age of 29? “It’s been a bit of a wild ride,” she says today of the venture she and Nathan began somewhat naively by their own estimation. “We’ve taken things as they come and have both carefully and quickly grown the company into what it is today.”