On the Move with Tammy Connor

We catch up with the gracious interior designer, who shares glimpses of the Charleston offices she and her associates have inhabited for the past year, along with a look at a few beautiful rooms infused with her signature style
A Regency table anchors the foyer in Tammy Connor’s Charleston design studio. She worked with Lotus Flower to arrange palms, tulips, and branches in the Asian vase.

When Tammy Connor moved back to Charleston, South Carolina, a year ago, her Birmingham friends toasted her with a going-away party. Gifts included mementos with iconic Birmingham scenes, sweet notes of remembrances, and a house key from one of her closest friends with a note that read, “You’ll always have a home here.” While Connor hasn’t fully left her hometown (she still maintains an office in Birmingham), she did set up a new office in Charleston, the place where she first established herself as a designer and honed the bespoke style she is known for today.

Her first notable project after her first move to Charleston in 1998 was one of the city’s most notable historic homes—an opportunity most designers spend their careers wishing for. Along with preservation architect Glenn Keyes and a New York designer, Connor worked on the 20,000-square-foot mansion for three years, during which she became versed in historic architecture and period art, antiques, and fabrics. “It was sink or swim to take on that level of design at such a young age, but I was fortunate to be involved in such a big undertaking early on,” she says. “It was a huge part of my education.”

From there, Connor began cultivating her own style—an elegant, livable aesthetic with just enough detail to impart history, yet restrained enough so that each one makes a statement. Textures are subtly woven together for depth and cohesion, while colors and patterns are purposeful, creating continuity. Fine antiques and new pieces mingle comfortably with accessories to showcase personal style and a sense of place. Finishes are considered and precise. 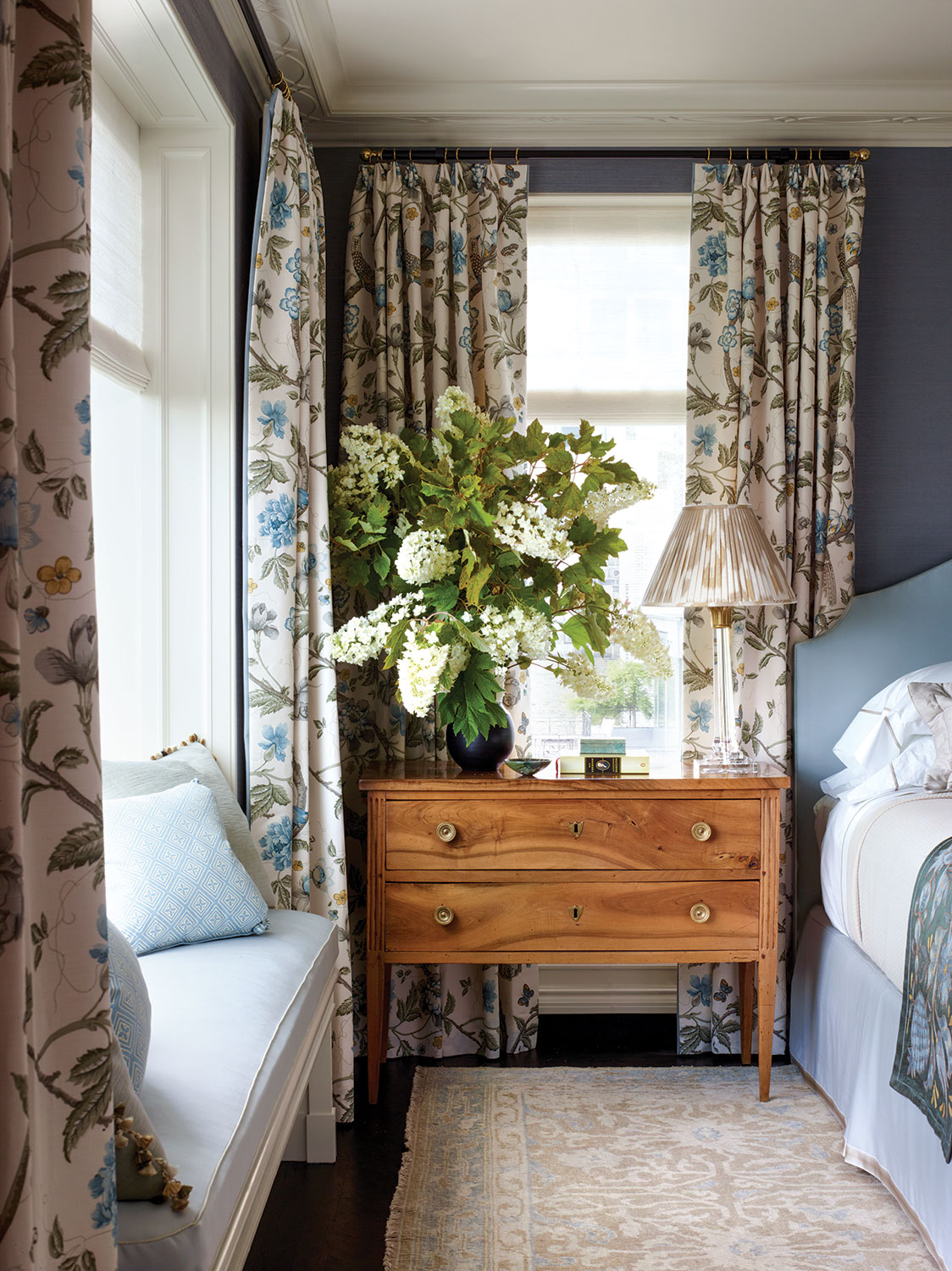 In a Connor-designed bedroom in New York’s iconic Hampshire House, an arrangement of oakleaf hydrangeas complements draperies in a Bennison floral—'Chinese Pheasant' in blue-green on oyster linen. Photo by Simon Upton 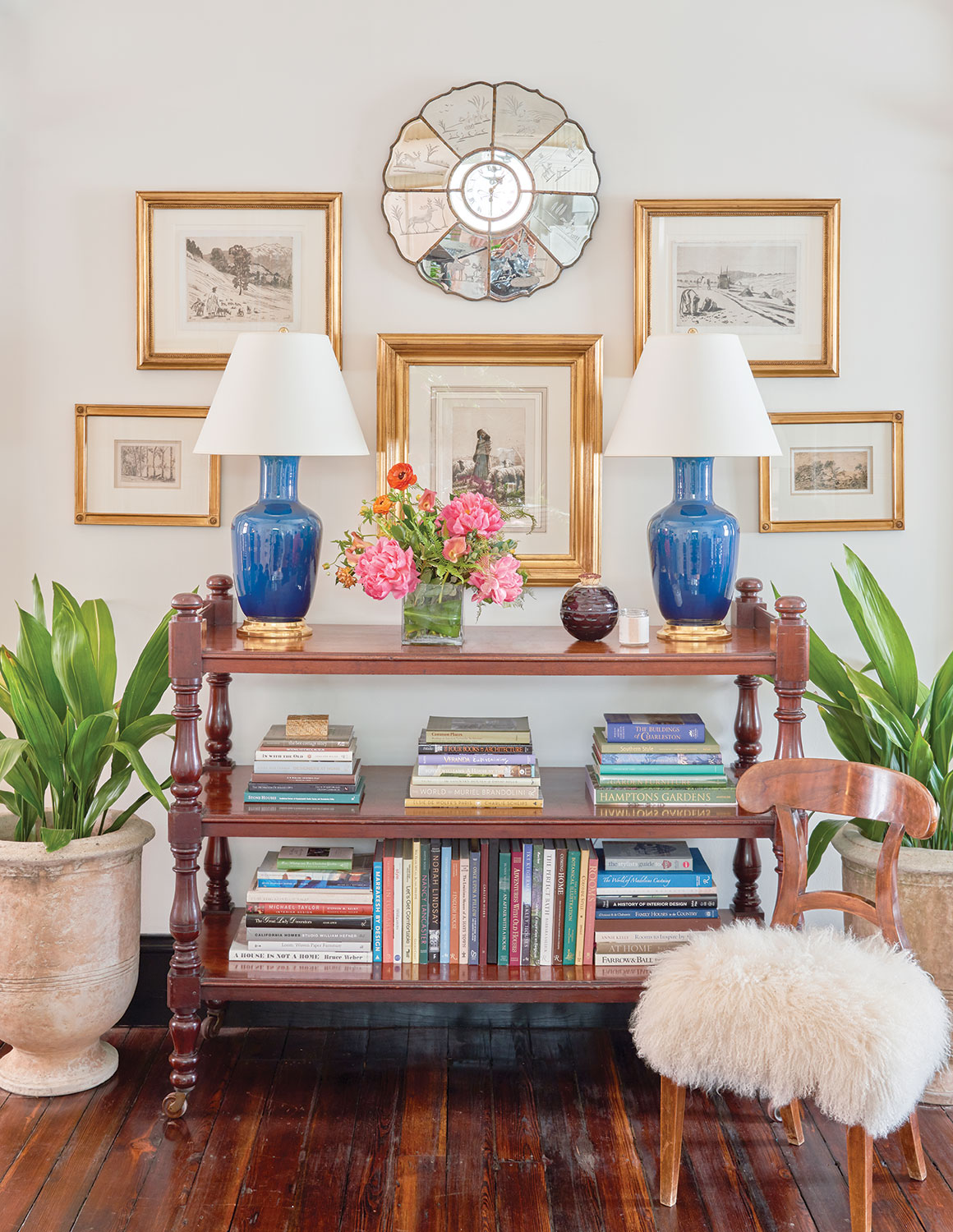 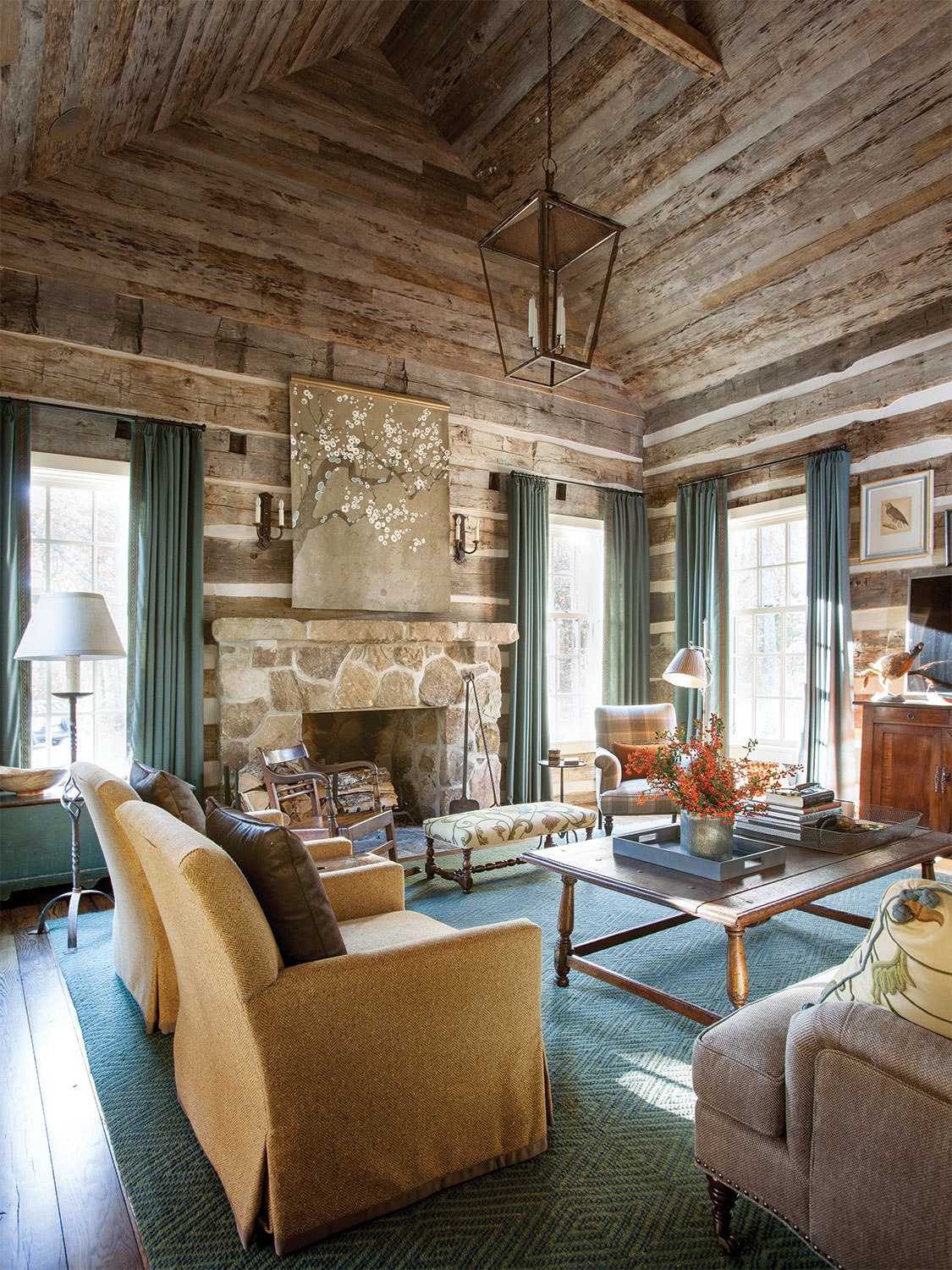 For a pair of antique cabins in Sewanee, Tennessee, Connor used soft linens to temper the wood and stone. Photo by Erica George Dines 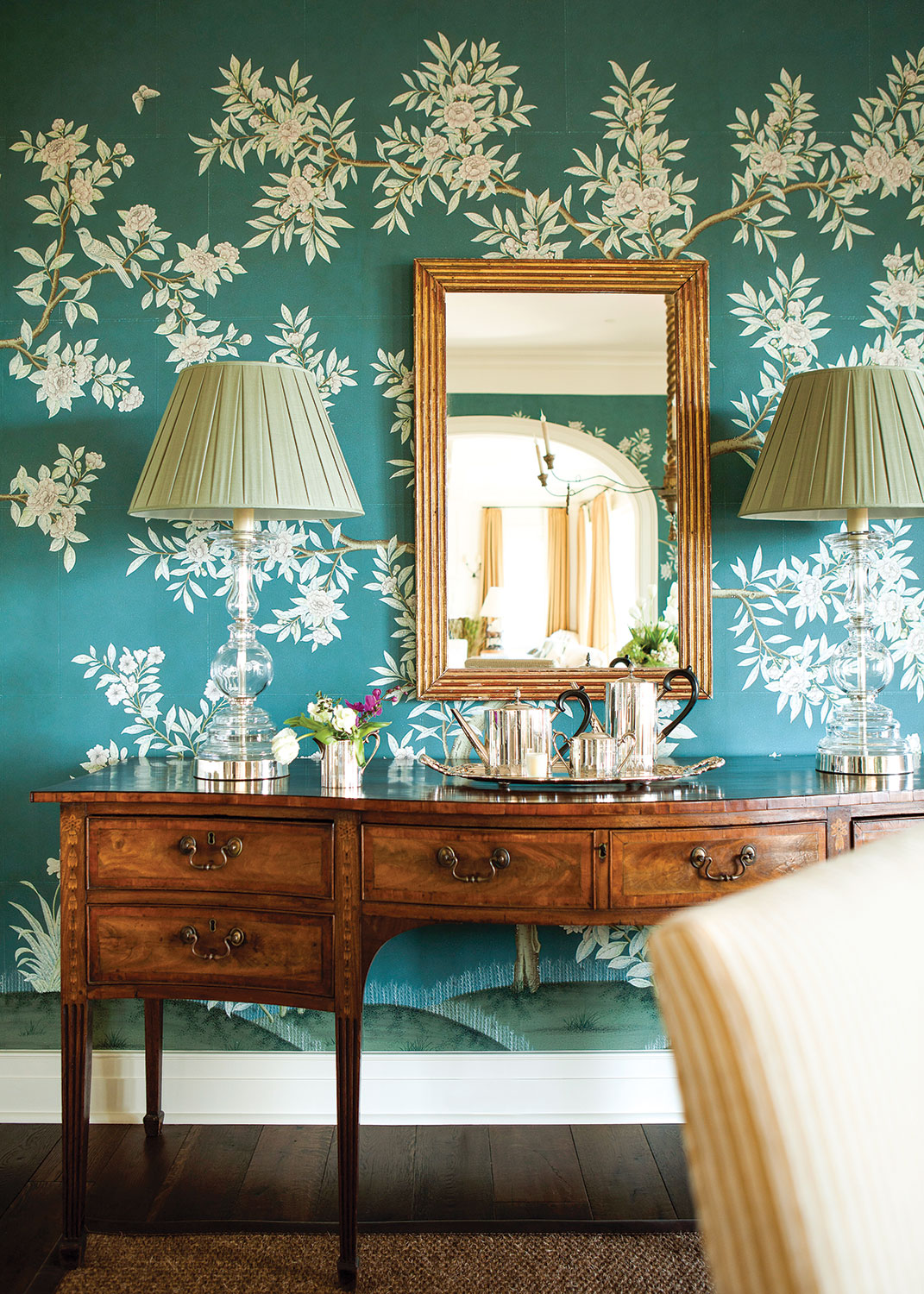 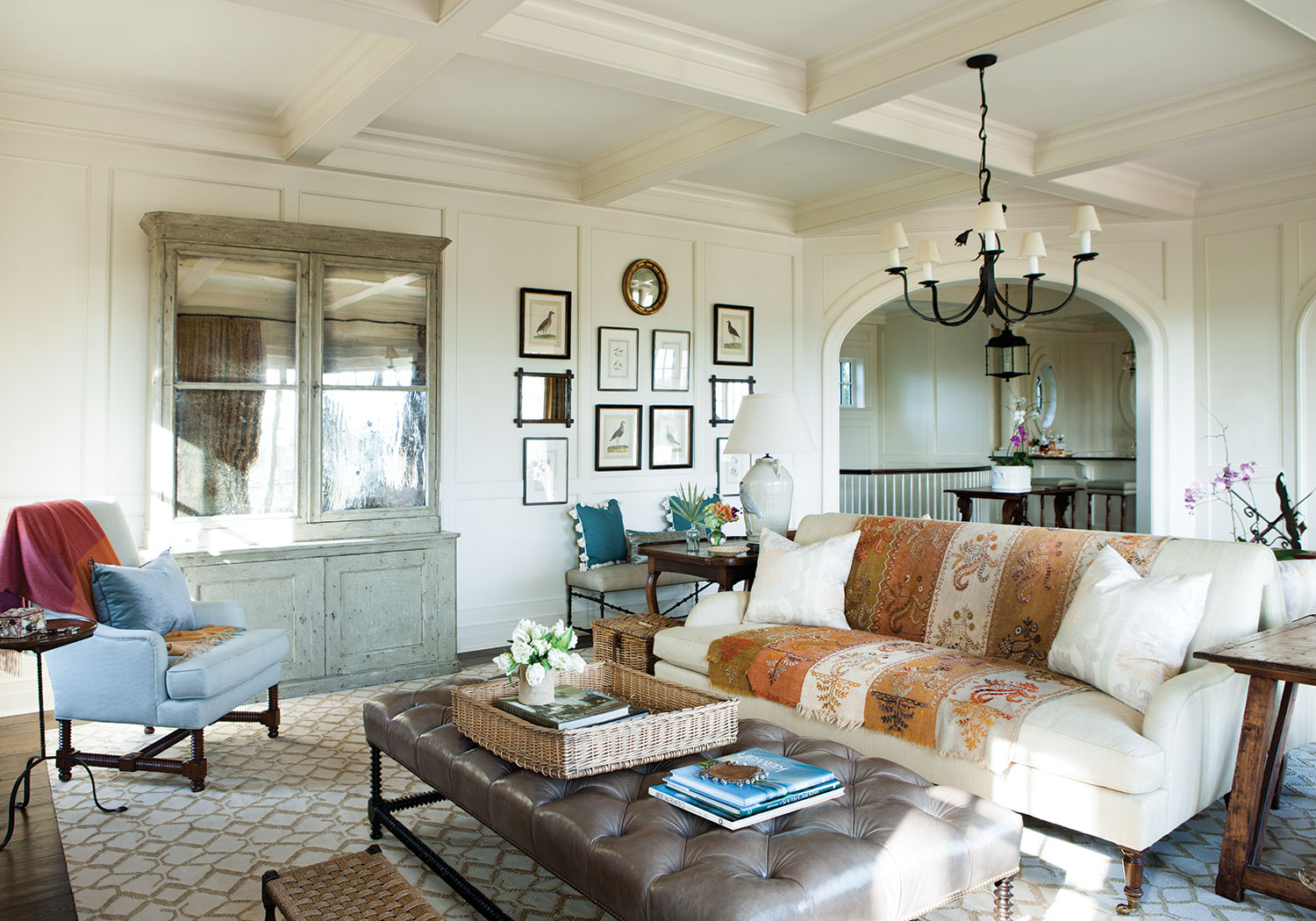 Tammy Connor’s talent for infusing traditional style with a beachy vibe is evident in a new home by architect Chris Rose on Kiawah Island. Photo by Erica George Dines 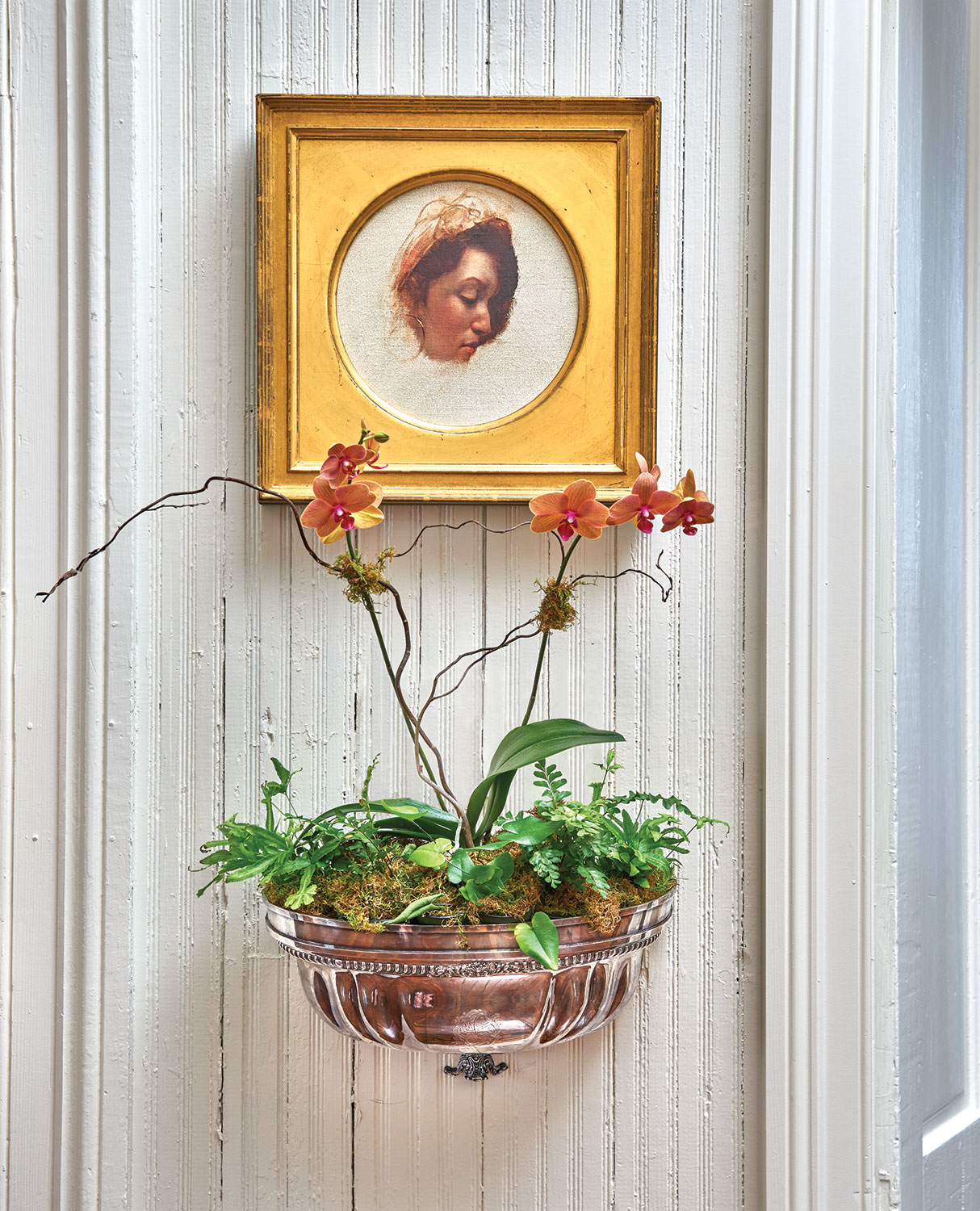 In the gallery at Connor's Charleston office, a silver serving piece holds orchids and ferns. The portrait is by Italian artist Daniela Astone. 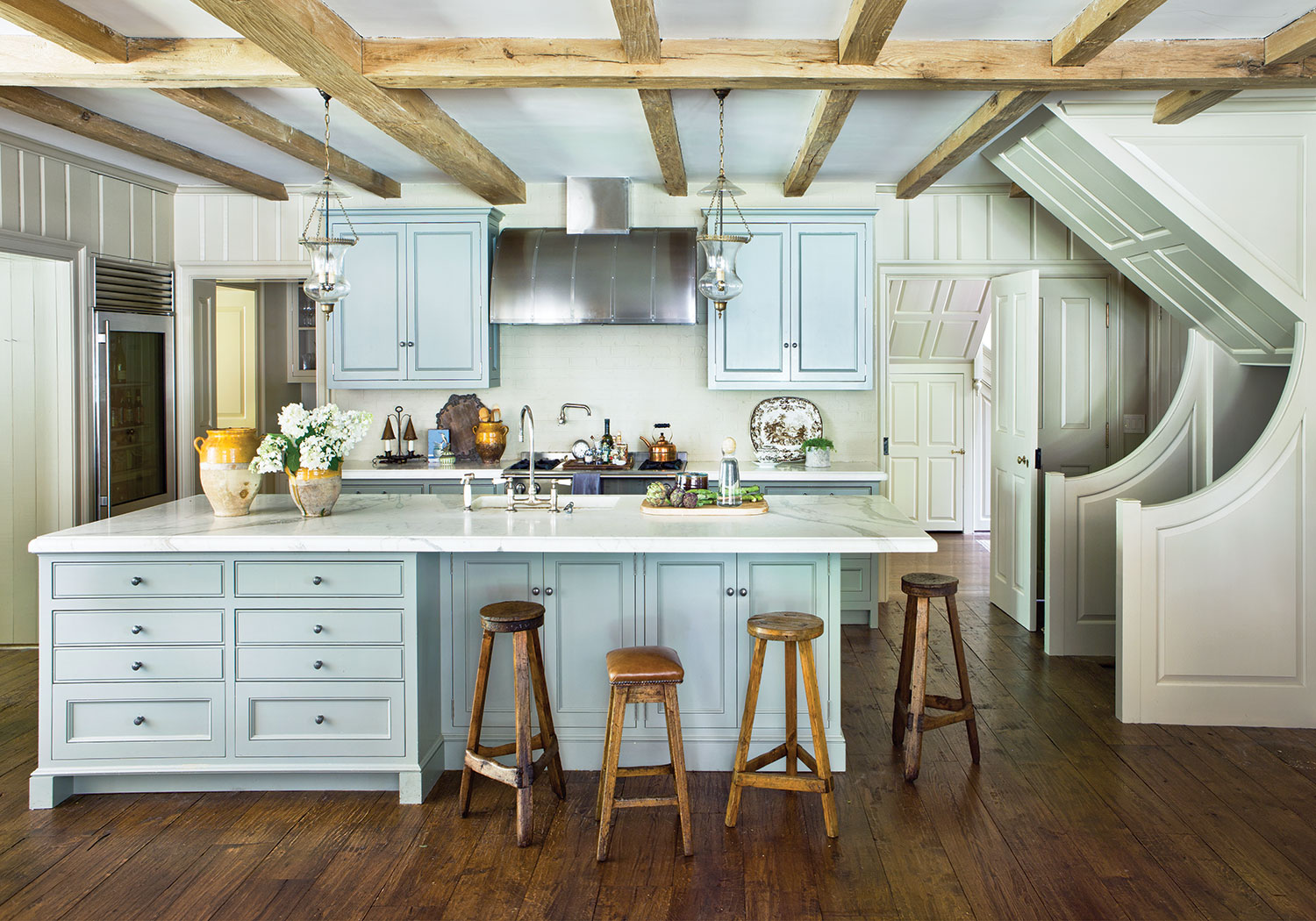 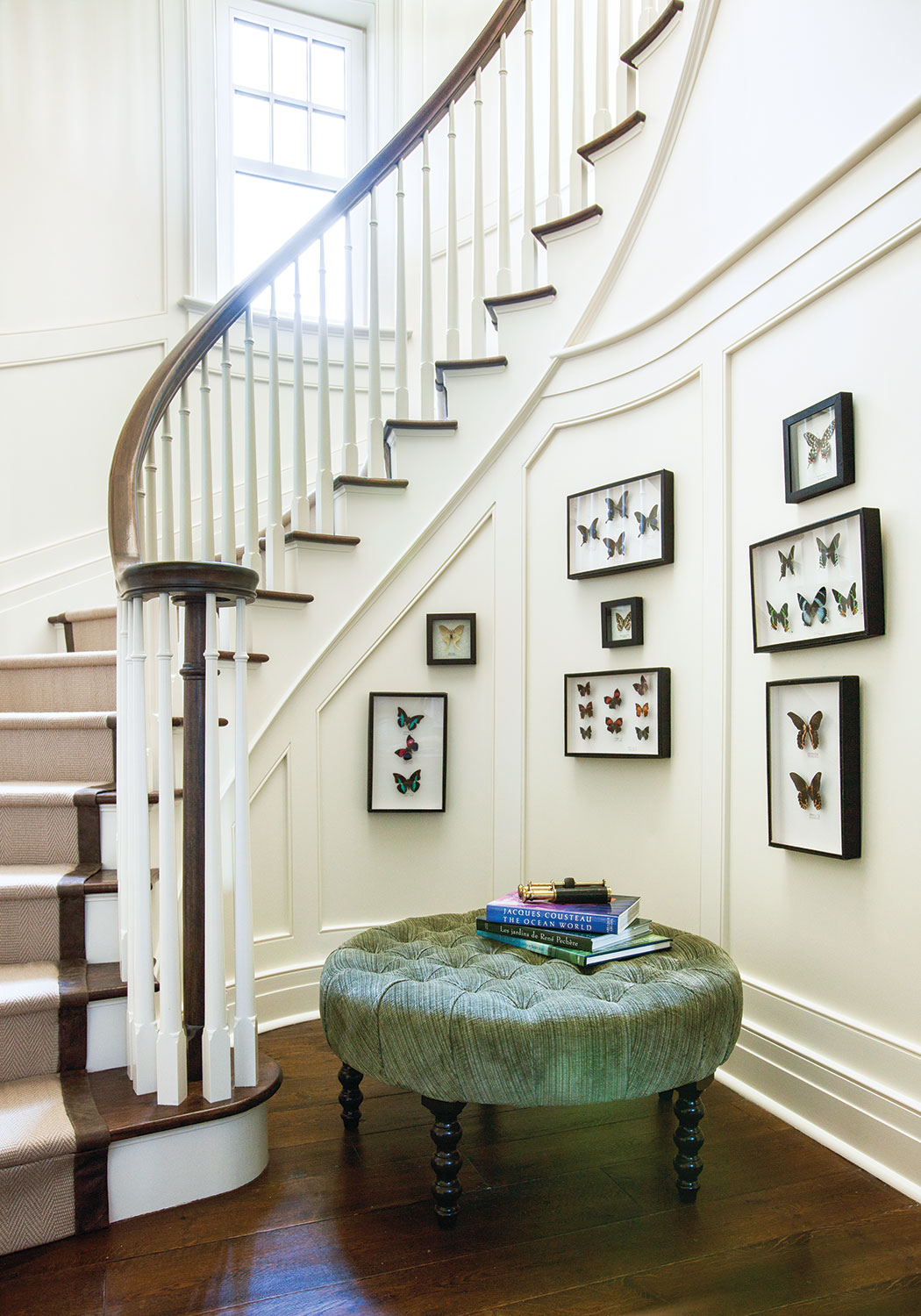 Tammy Connor used the curve of the staircase to display antique butterfly specimens from France. Photo by Erica George Dines

After establishing her firm in Charleston, life changed course, and in 2002 Connor found herself back in Birmingham, where she began raising a family. She brought her design sensibilities with her, taking on projects such as the redesign of the venerable Country Club of Birmingham.

Her two studios underscore her detail-oriented mindset. The Birmingham office is housed in a 1930s Craftsman in Mountain Brook’s quaint English Village. In Charleston, she has revamped the first floor of an 1888 downtown Irish armory. “We spend a lot of time imagining, creating, and planning, so we want the studios to reflect the level of design that we do,” Connor says. “When a client hires us, part of the experience is meeting in a creative, well-designed space. In the Charleston office, clients walk into a wide entry hall with 14-foot ceilings and antique heart pine floors. The foyer opens to a gallery, conference space, and design studio and ends in a long hall with a rolling ladder to reach the vast library of catalogs and fabric samples stowed neatly in baskets. For amusement, Connor hung a swing in the back. “It makes me—and the children at heart who visit me—happy.” Elsewhere, floor-to-ceiling bulletin boards showcase ever- evolving images and quotes. “There is inspiration everywhere,” Connor says. “In Charleston, I can walk down the same streets I have walked for decades and see something new every time. There is just so much history and architectural detail in such a dense area. It’s totally refined yet gritty with patina at the same time.”

Having the islands nearby provides plenty of natural inspiration as well. “With every bridge you cross, you gain a new perspective,” Connor says. “The marsh changes color during the seasons, and wildlife is everywhere.”

Now back in Charleston, not only is she closer to her base of clients; it’s also now more feasible to accept projects in New York and along the East Coast. Though her work is taking her farther afield, Connor says she is committed to staying in Charleston. And though she hasn’t purchased a home yet, she has her sights set on The Crescent, a neighborhood developed in the 1920s. “There are sidewalks and big, old live oak trees draped in Spanish moss. The kids can walk to school, and it has a real community feel. It’s a lot like the neighborhood where I grew up in Birmingham.”