Landscape and garden designer P. Allen Smith takes us on a tour of Moss Mountain, his Arkansas farm and home where he shares his knowledge of sustainable living and hands-on gardening with others

“While I love the quiet and and tranquility of the farm, I equally love it when Moss Mountain is animated with people enjoying it. That’s when the spaces really come to life,” says landscape and garden designer P. Allen Smith about his 500-acre farm in Arkansas. The popularity of the place came as a bit of a surprise for Smith, who initially conceived Moss Mountain as a private estate when he purchased the property in 2004. He reconsidered his stance when fans of his 17-season PBS series, P. Allen Smith’s Garden Home, began contacting him.

“Interest grew as folks watched my show and saw the farm’s development unfold,” Smith recounts. “I started getting letters and responses from them wanting to see the place for themselves.” The more he thought about it, the more he realized that these requests mirrored his own desire to share his knowledge of sustainable living and hands-on gardening with others. Since 2009, when the public was first invited to explore the grounds, Smith has led countless groups through the farm’s apple-orchard allées and up Daffodil Hill, which fully lives up to its name each spring. 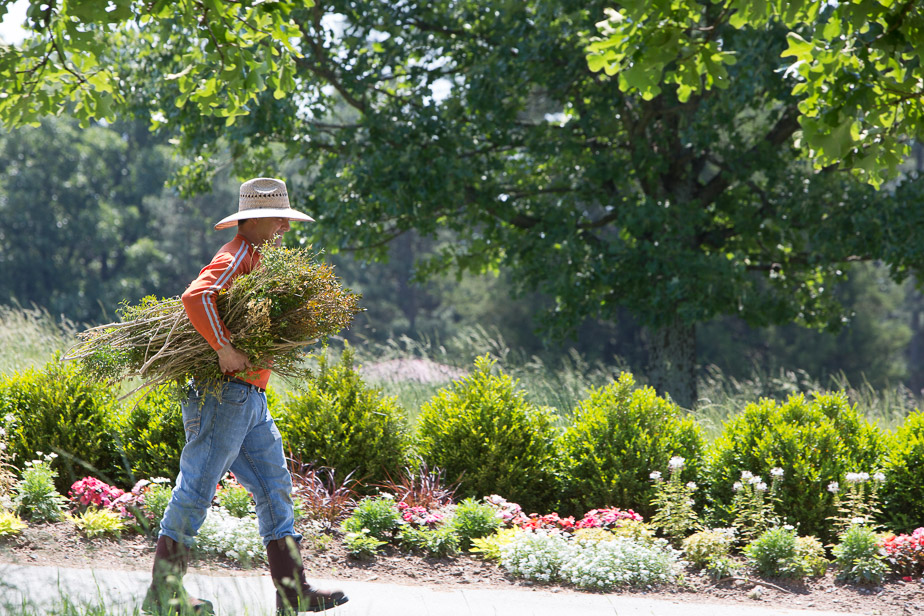 Smith’s principal endeavor of promoting good stewardship of the earth took root early in life. He attributes his love for the land to growing up on a farm and being an active member of 4H. These experiences opened his eyes to a vast variety of plants and animal breeds, and his interest in organic gardening piqued.

The one-acre vegetable garden at Moss Mountain is home to raised beds filled with organic edible and ornamental produce and flowers. “I rely on the garden for every event where there’s a meal prepared, but it’s also important that I keep an eye on how much of the garden stays put. Visitors often take their time strolling and getting a closer look, so there needs to be enough of the garden kept intact for them to enjoy.” The same can also be said about the flowers, foliage, and grasses used in arrangements and table settings on the farm.

Besides possessing a passion for growing things, Smith is well versed in the history of garden design, having devoted his graduate studies to English gardens while at the University of Manchester in England. In particular, he was drawn to the British estate grounds visited by John Adams and Thomas Jefferson in the 18th century, along with the congruent landscape design movement known as ferme ornée, or ornamental farm. 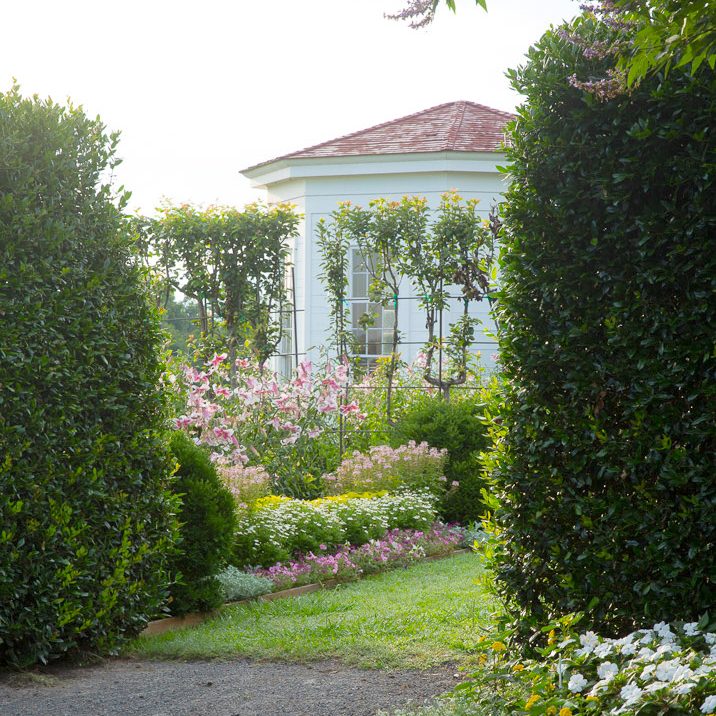 “It was this concept of ferme ornée that influenced my layout of Moss Mountain, in which the farm is both functional and arranged in outdoor ‘rooms’ that display a mix of annuals, herbs, perennials, roses, shrubs, and ornamental grasses,” Smith explains. The farm’s crowning centerpiece, a 350-year-old oak tree named Big Sister Oak, presides over the property, which includes sweeping views of the Arkansas river. “Big Sister Oak is my North Star. Even my house was sited in line with it,” he says. 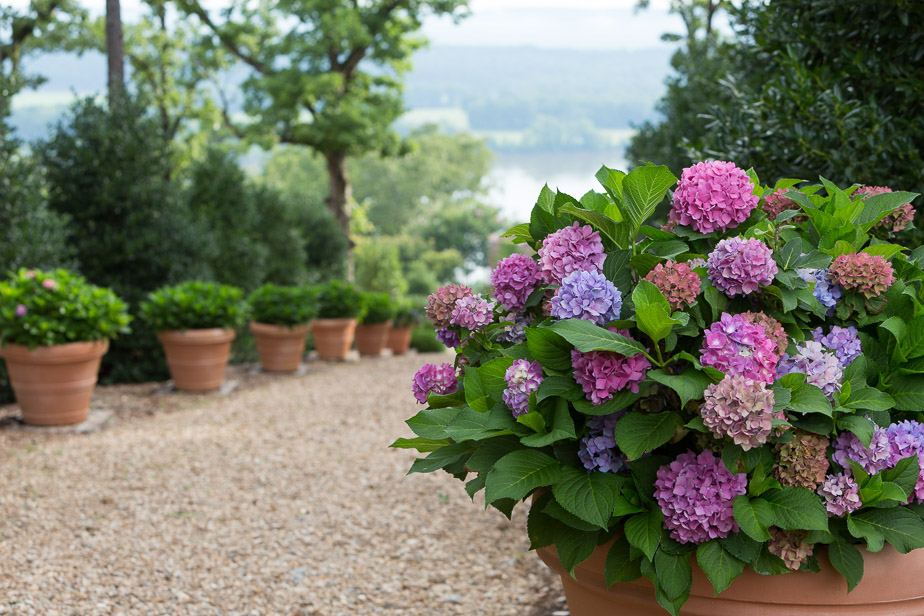 Smith’s affinity for historic landscapes is coupled with his admiration for the Greek Revival period, which inspired his home’s design and many of the outbuildings at Moss Mountain. “I modeled the main house after an 1840s Greek Revival farmhouse but gave it a twist by building it in an eco-friendly manner with sustainable materials,” he says. “Since the farm as a collective property dates back to around that same period, both structures and land maintain a direct link to the era.”

To instill an extra note of authenticity, Smith designed two mirror dependencies in back of the main residence, which accommodate a summer kitchen and artist’s studio. Even the large chicken house where Smith keeps his heritage poultry exhibits similar styling. Considering all the influences and efforts that continue to enrich this well-tended place, it seems only natural now that Smith’s devotees, along with the curious and the weekend gardeners, can experience it as well, learning a thing or two along the way. 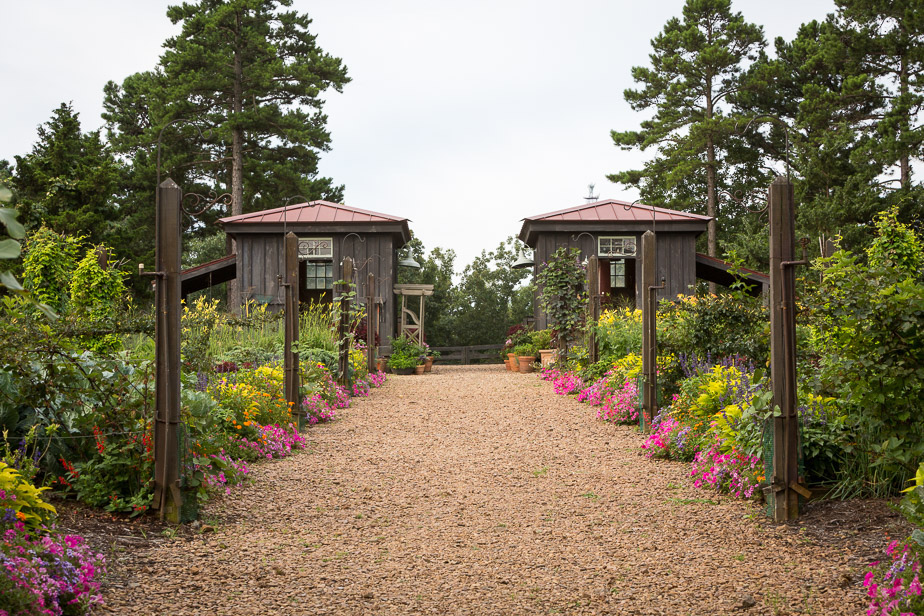