P. Allen Smith shares how his time “across the pond” inspired the rose garden at Moss Mountain Farm and gives his tips for growing roses, along with his favorite varieties

Some of my most memorable, if not magical, moments have come when I found myself a world away from familiar places. Travel as a form of escape creates an aptitude for making accidental discoveries—the word “serendipity” was coined by Horace Walpole in the 18th century based on the tale of the adventures of the three princes of Serendip. It was such a moment that brought a lifelong love of roses into my life and would inspire the design of my rose garden at Moss Mountain Farm decades later.

I was in England pursuing my graduate studies in garden design, and my sister had come to visit. Driving back from the airport after dropping her off, I discovered Arley Hall, a stately home in the heart of Cheshire. As I took a hurried tour just before closing time, I stumbled upon Viscount Ashbrook, and we struck up a conver­sation. He invited me to stay for a drink, and I met Lady Ashbrook. We bonded over our love of gardens, garden design, and painting.

Some of Allen’s Favorite Roses 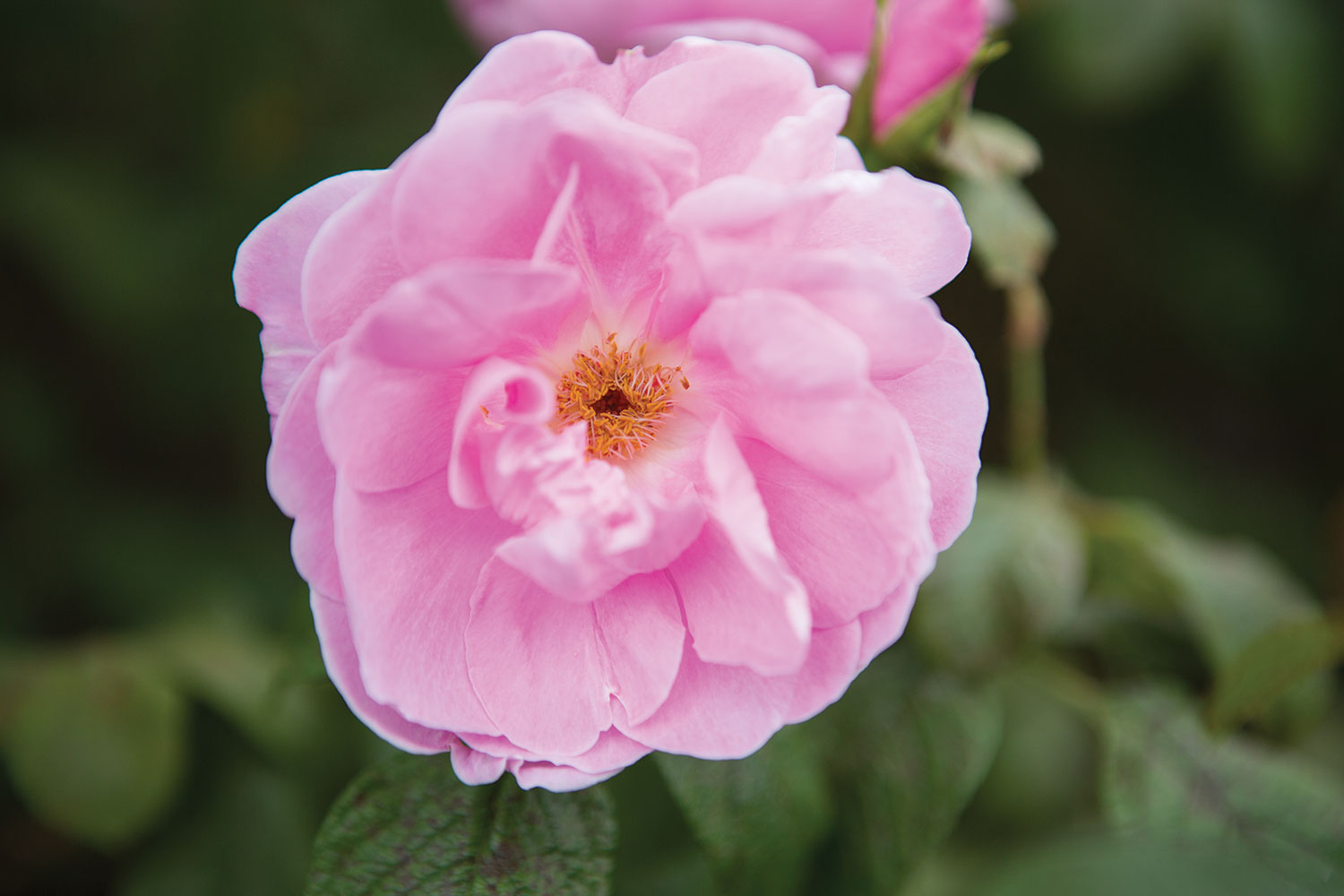 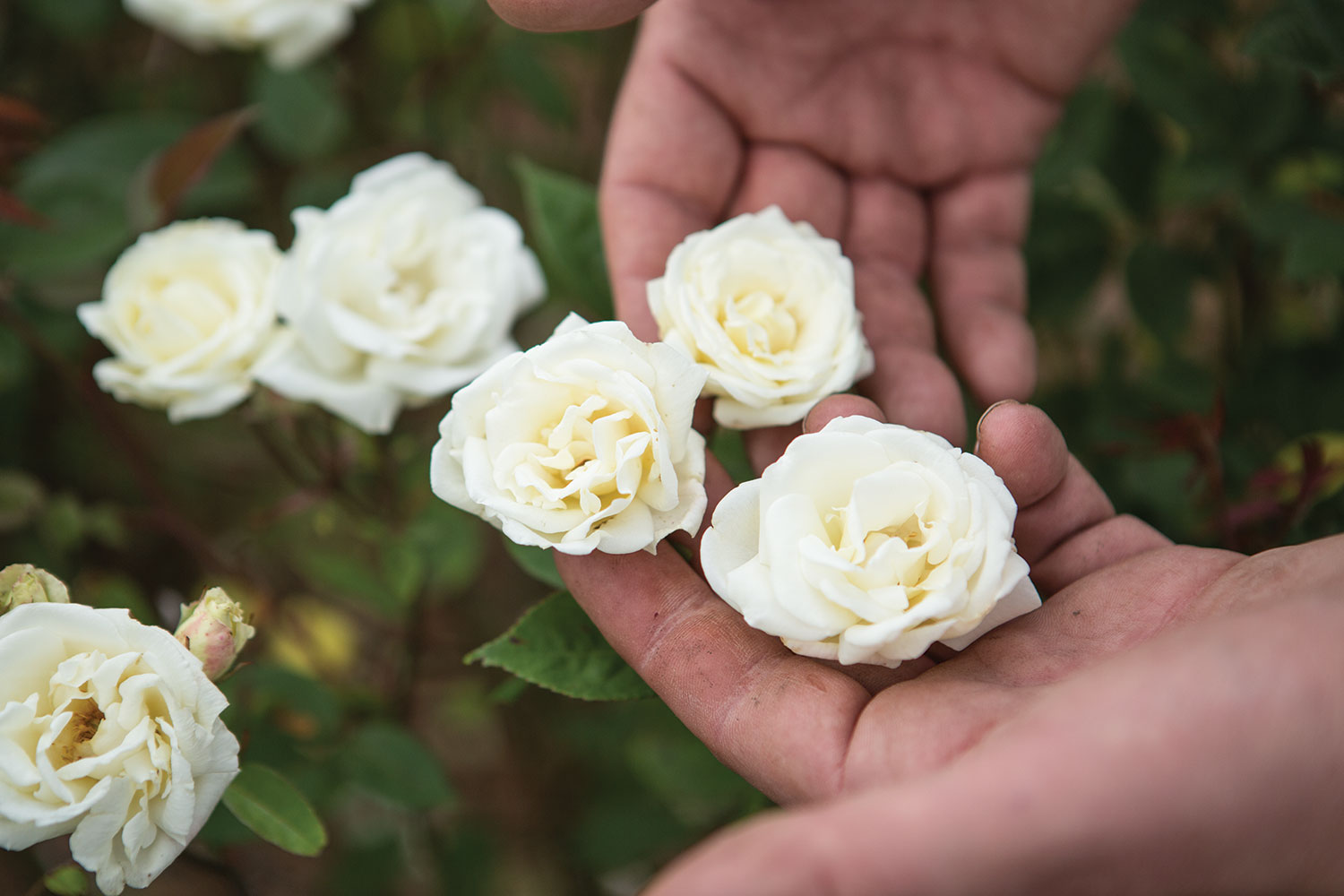 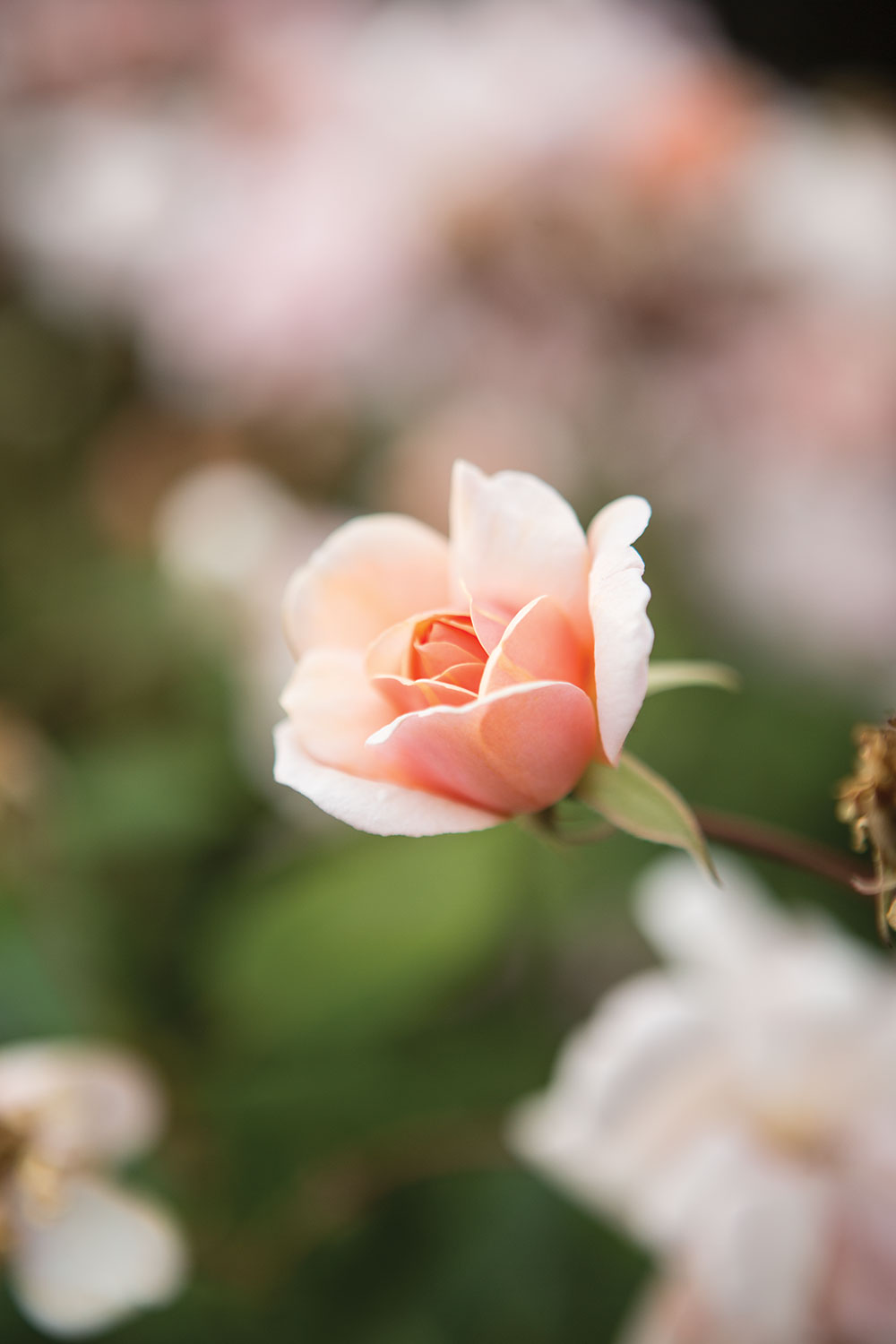 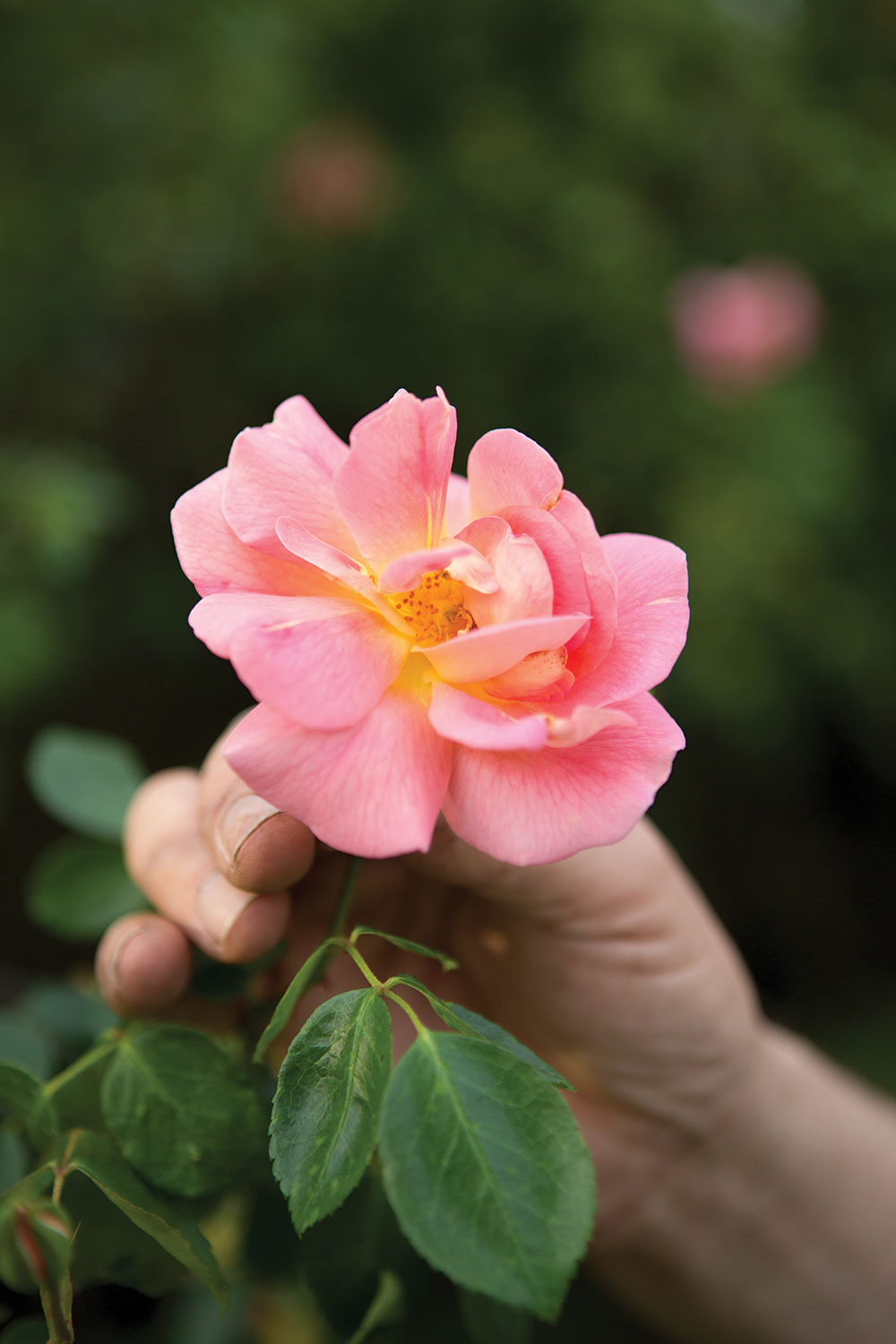 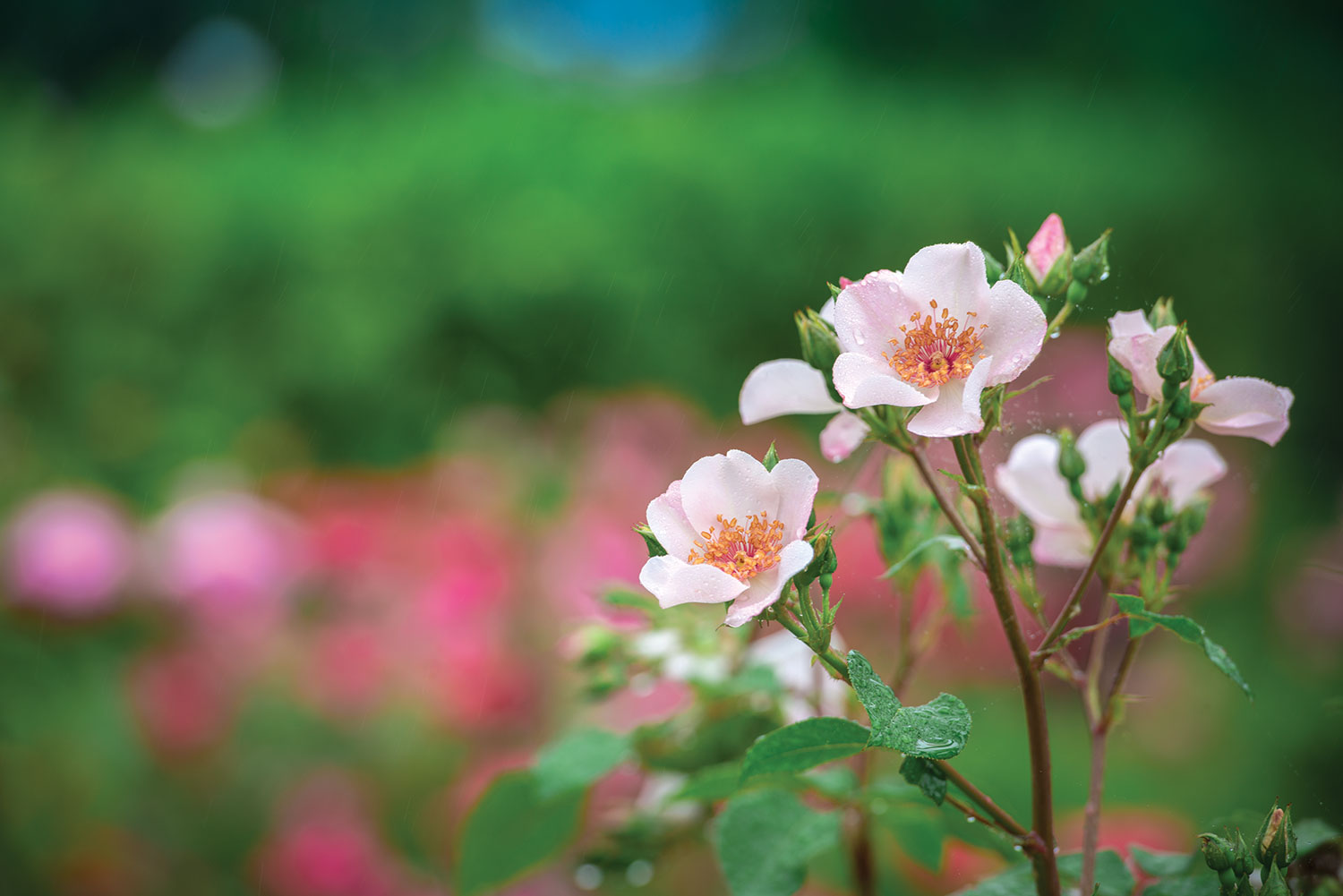 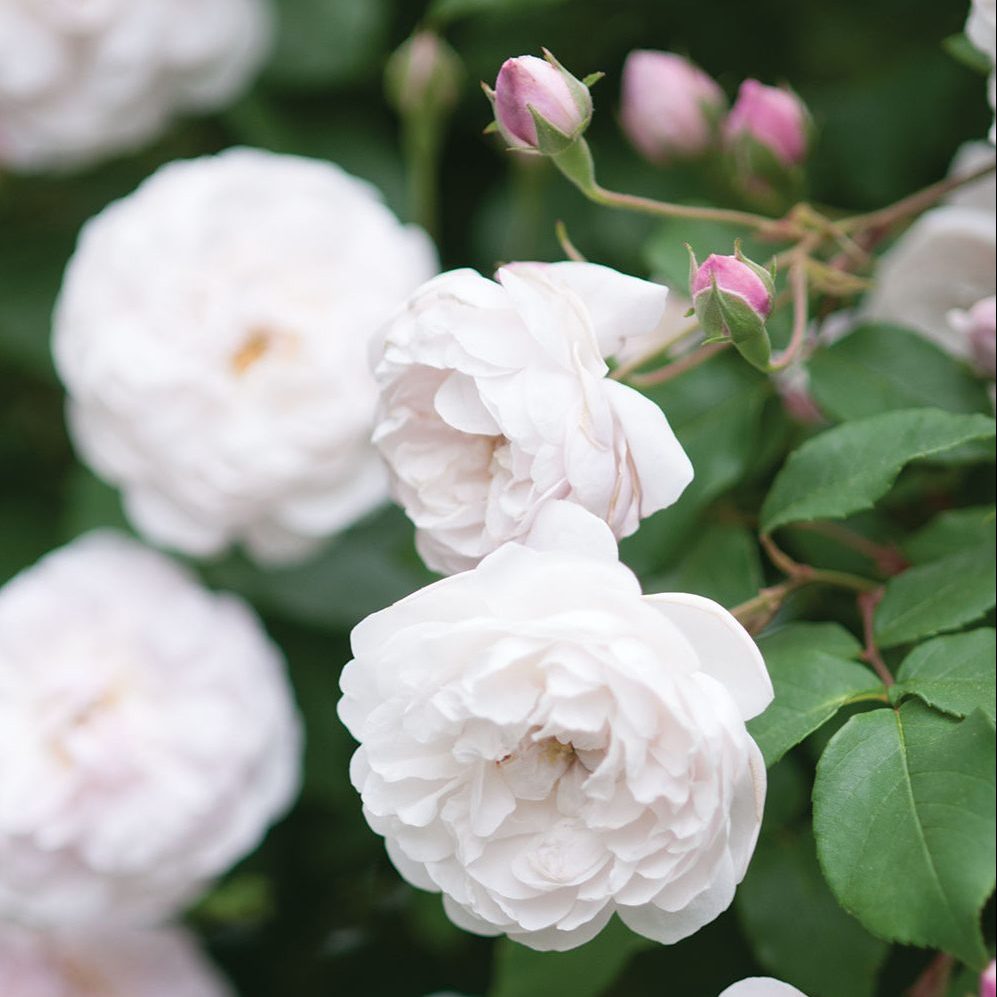 'Blush Noisette' roses, introduced in 1817 in Charleston, South Carolina, are part of the rose garden at Moss Mountain Farm. Photo by Kelly Quinn

So began my love affair with roses. Walking the grounds at Arley was like stepping back in time. Lady Ashbrook grew roses that dated to medieval times, like the Apothecary’s Rose, used for its medicinal purposes. She also had species roses—true wild roses that don’t have cultivated names. I like to say that the family history of roses reads like that of the royal families of Europe.

When I returned to the States, I started collecting and planting roses at my house in the historic district of Little Rock. I now have a two-acre garden at Moss Mountain Farm dedicated to my friend who taught me so much about these charming flowers. The garden illustrates the 200­-year-history of American rose breeding, in a way. From the earliest Noisettes to the most recent darlings, I’ve planted them. I’m particularly fond of Noisettes, the first class of American roses, and I’ve planted several varieties, including ‘Champneys’ Pink Cluster’ and ‘Lamarque.’

The garden is designed as an oval with two square buildings on either end and an octagonal building at the center, lined up with the entrance. I was inspired by the Aiken­ Rhett House in Charleston, South Carolina. It was in Charleston that the first Noisette roses were developed, so I thought it appropriate to honor a piece of American and rose history. The house, built in 1820 and expanded in the 1830s and 1850s, is particularly special because it’s one of the best-preserved properties of its kind in the United States. Within the walled service and stable yard are some brick outbuildings that have a low Gothic arch, which inspired our buildings in the rose garden. I designed ours with crenellated tops to add a touch of whimsy and romance. I grow more than 30 varieties of roses, from shrubs to climbers. Some people tell me they can’t get roses to grow, and that’s just not true. It’s a matter of selecting the right rose for the situation (see “Plant the Right Rose“) and making sure the soil conditions are right.

Late winter and early spring are best for pruning, planting, and transplanting roses. They will not tolerate poor drainage and heavy clay soil, which was the state of my garden when we first excavated the site. We did a lot of work on drainage before adding plants, and we probably could have even done a bit more. If you have heavy clay soil like I do, you’ll want to amend it with plenty of humus, sand, and manure. I take two parts existing soil, one part homemade compost, and one part well-rotted manure and then mix it all together in the wheelbarrow to use when planting roses. It’s a recipe that never fails. Even though the garden is fully planted, it’s far from complete; I continue to experiment with old and new varieties. And each time I walk around admiring the beauty and fragrance of the blooms, I’m transported back to Arley, exploring the garden with my friend.

P. Allen Smith is one of America’s most recognized garden and design experts. His Moss Mountain Farm serves as a place of inspiration, education, and conservation. Book tours at pallensmith.com/tours.