A Newport Garden for Strolling

Among the private gardens and secluded green spaces of Newport, Rhode Island, there’s a well-cultivated oasis that has charmed quite a few plant enthusiasts and avid gardeners. And for good reason. Owned and continuously nurtured by noted author and lecturer Bettie Bearden Pardee, this verdant series of profusely planted beds and tranquil vistas serves as an outdoor extension to her stately, European-inspired residence. Even more impressive is her ability to keep the grounds vibrant and visually pleasing year-round, rather than just in the spring and summer months.

Known affectionately as Parterre, Pardee’s Newport garden, as well as her residence, sits on land formerly encompassed by the Belmont Estate, which is home to the magnificent mansion Rosecliff. As a result of this provenance, the Pardees’ landscape lays claim to a rich palette of existing flora, such as beeches, oaks, and delicate linden trees. By adding her own favorite plants and experimenting with others, Pardee has created a combination of environments that speak to aesthetics both here and abroad. “I like to think of Parterre as a collection of smaller gardens created in the French tradition, with an American accent and a Newport sensibility,” she explains. This green-thumbed author further points out that, while her approach to garden-making is orderly, it’s not mired down in formality. “I see myself as, first and foremost, a ‘tree person,’ which keeps me from taking my garden too seriously.”

While Pardee’s visions for her property were meticulously thought out, they required the expertise of landscape designer Virginia Purviance to be realized. Timing was crucial because Purviance was about to retire; instead, the designer found this assignment too compelling to decline. “As we began discussing Bettie’s ideas for the garden, she handed me a scrapbook overflowing with pictures and handwritten notes,” Purviance remembers. “Right away, I knew that this was no ordinary endeavor.”

“Every plant at Parterre must pass the litmus test of ‘Will it enhance a flower arrangement?’ Even flowers (and, yes, trees) from other parts of my property are called upon to make their contributions.” — Bettie Bearden Pardee

Joining forces with landscape designer Julie Toland, Purviance began organizing Parterre into a progression of distinct outdoor rooms that, although connected, function independently. The first space, referred to as the winter garden for its tall evergreen hedges and sculpted shrubs, is entered through a pair of ornate iron gates flanked by limestone piers. Nearby, there’s a charming, circular tool shed that resembles a bygone dovecote.

Placed on axis with the Pardees’ library and sunroom (two places where the couple spends a great deal of time), the winter garden remains lush throughout the year and undergoes a magical transformation during winter when a blanket of snow turns all the evergreens into white sculptures. Serving as the garden’s focal point, a bench that Pardee designed herself (and sells) sits in a hedged recess directly across from the library window. Other features, such as a central fountain and oval reflecting pool bordered with boxed pear trees, echo the residence’s French demeanor.

Just a few steps down from the winter garden, a lovely gazebo called the orangery oversees two smaller sections. Given to Pardee as a Christmas gift by her husband, this octagonal greenhouse sports leaded-glass windows and a glass roof that can be manually opened on pleasant days. Covered in an abundance of climbing roses and accented with shallow niches, the diminutive structure not only houses plants, but also serves as an ideal spot for a casual lunch or an intimate dinner party.

Adjacent to the gazebo, her prized creation, which she calls the black-and-white garden, abounds with dark green and purple plantings that love the shade, like coral-bells and Siberian irises. Interspersed with ‘Deutschland’ astilbe and ‘David’ phlox, along with lamb’s ear and variegated hosta, these beds of contrasting colors live up to the homeowner’s intents. As finishing touches, ‘Silver King ’ Euonymus japonicus shrubs are formed into obelisk-shaped centerpieces, which add height and diversity to the mix.

On the opposite side of the gazebo, four manicured quadrants labeled the orangery parterres are precisely separated by pea-gravel paths that intersect at a central, Roman urn planter. Highlighted by a ‘Hally Jolivette’ cherry tree, each parterre puts on a dazzling display in the spring.

Because the life of an avid gardener isn’t complete without a cutting garden, Pardee maintains a whole host of perennials and annuals for her personal table settings and for flower-show entries. Located just beyond the pergola and garages, this northern spot on the property also helps the author chase away the winter blues. And among the various dahlias, roses, and clematis found here, there’s even room for vegetables like squash and zucchini.

Not one to stay still for very long, Pardee stays in the know in Newport—and her gardens reflect her pace. Purviance sums it up best when she says, “Parterre is a garden that’s meant for walking around and strolling; it’s not really intended for sitting. And in that way, the whole layout and sequence of both house and grounds are very French.”

More Scenes from the Garden 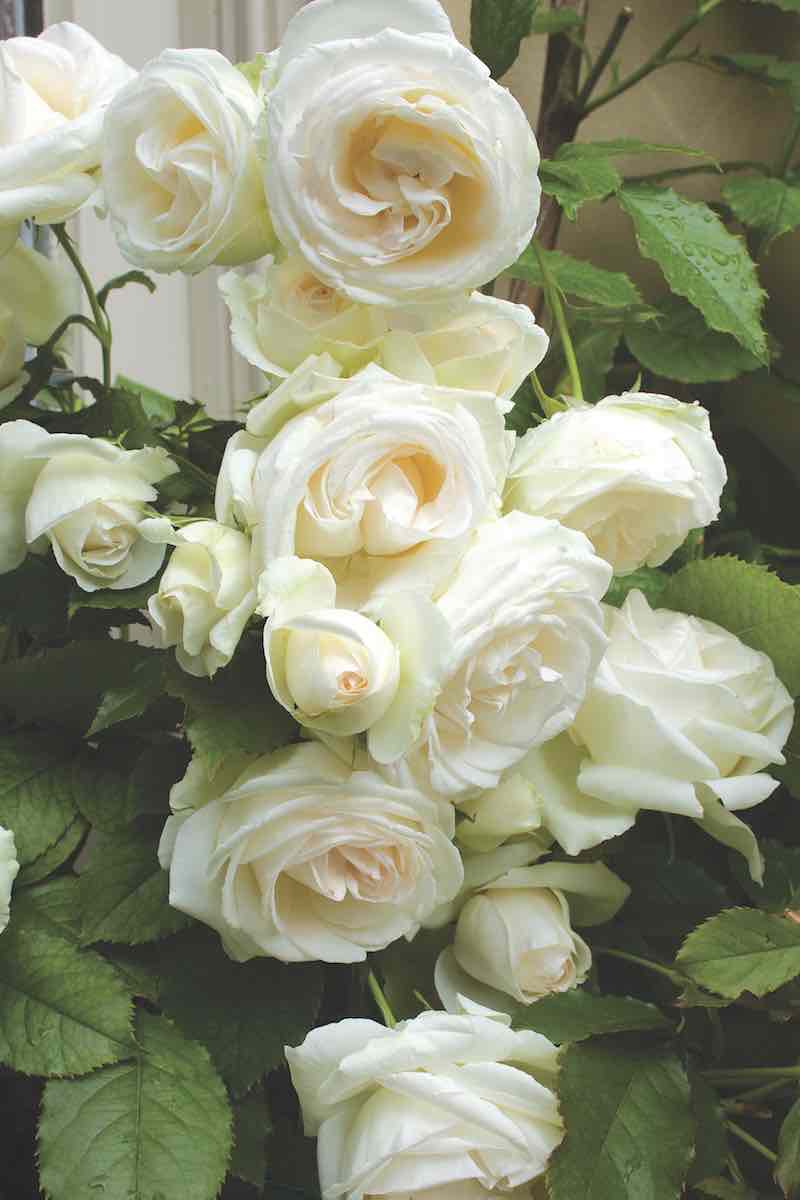 Gorgeous 'Eden' climbing roses adorn the orangery, which serves as both a potting shed and a place for the Pardees to entertain guests. 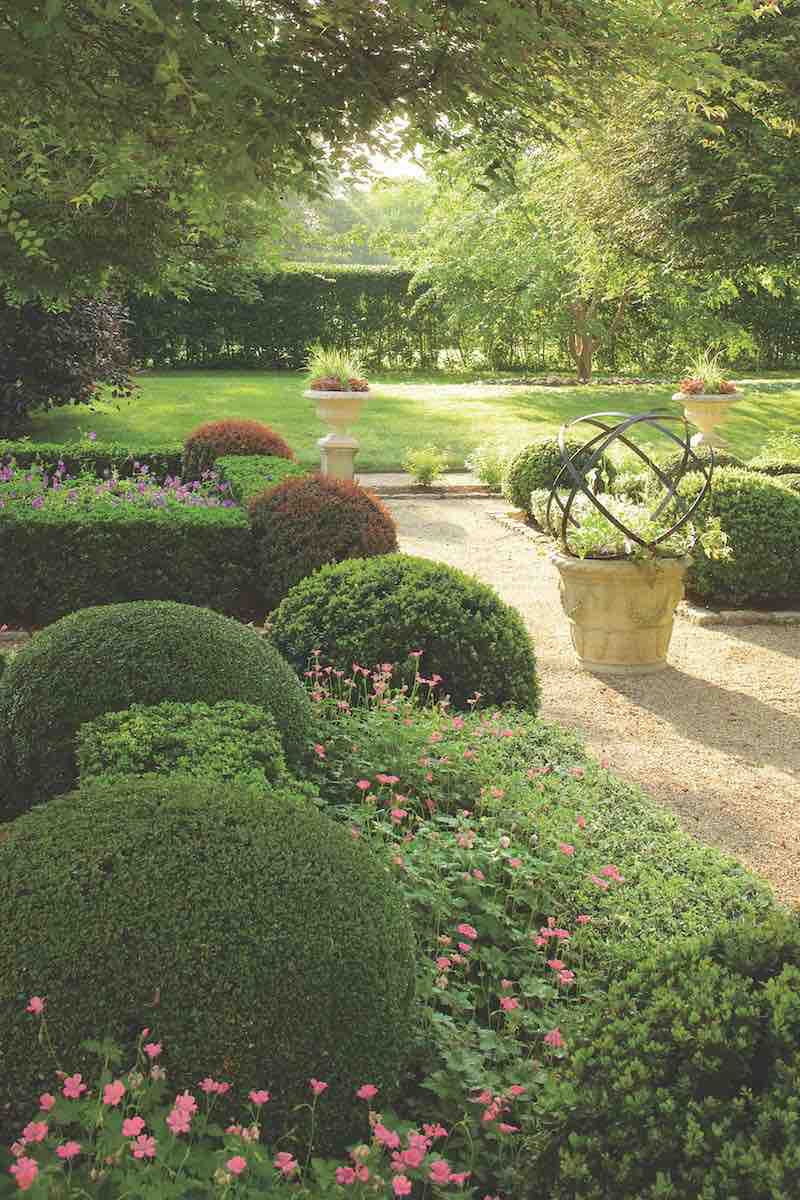 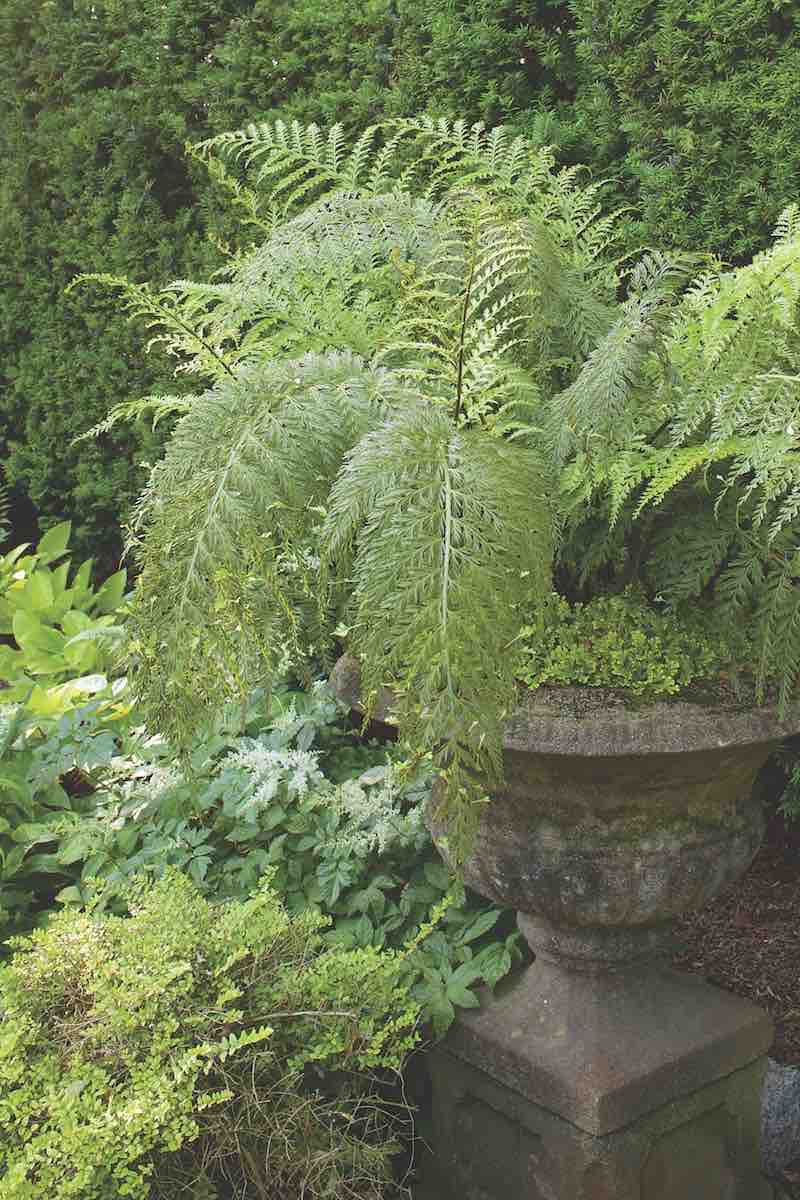 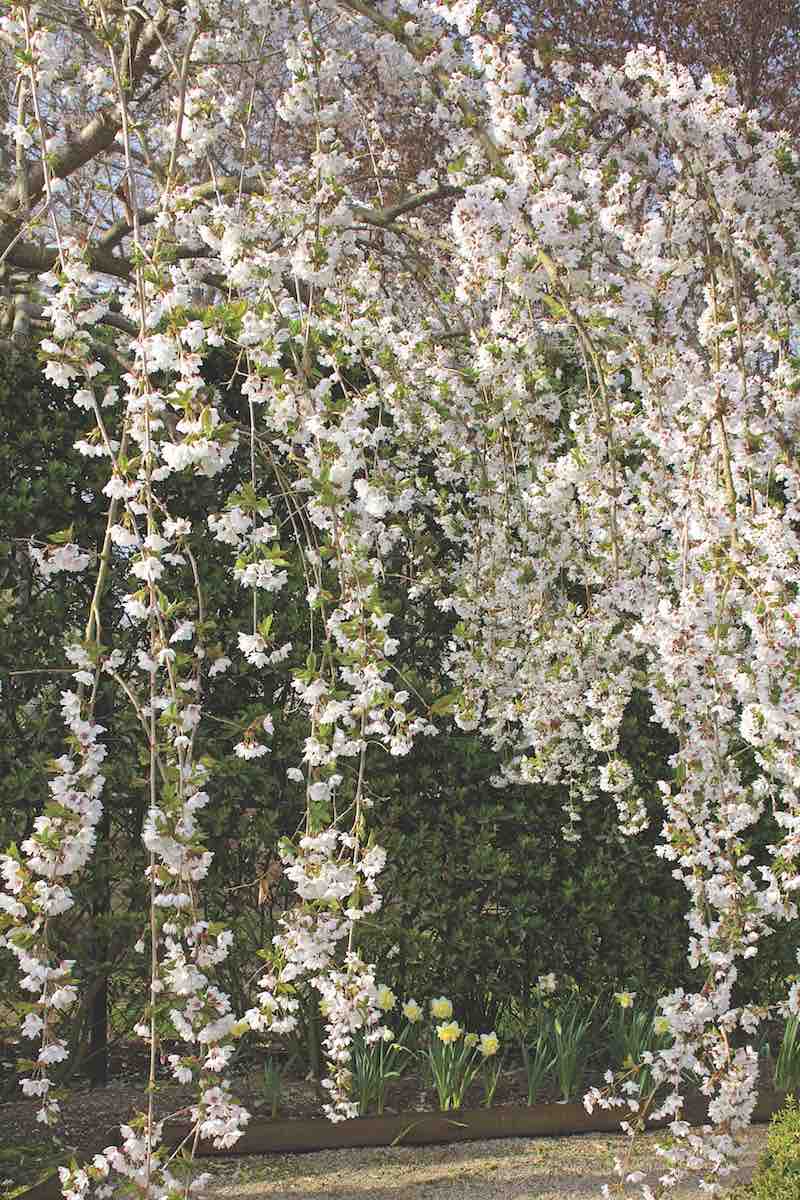 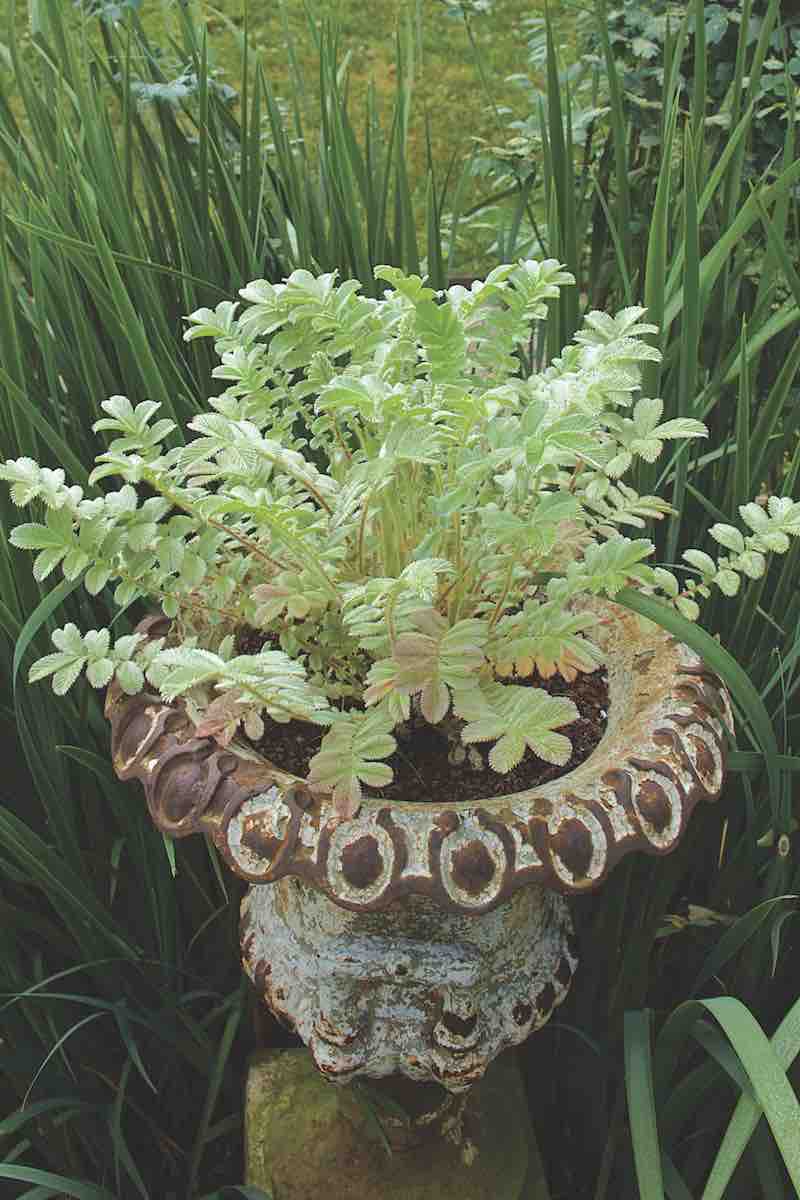 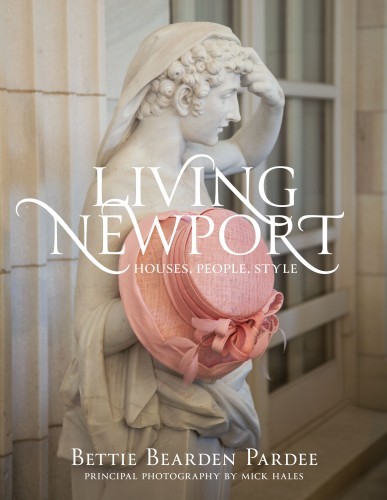 More from Pardee, Parterre, and Newport