Unlike most decorating books, which focus on one designer, one style, or even one kind of house, Inspired Design: The 100 Most Important Interior Designers of the Past 100 Years (Vendome, 2018) takes in the full scope of design over the last century and starts naming names. Many of the usual suspects are here—Sister Parish, David Hicks, Mark Hampton—but Boles also looks farther afield. Armchair observers of the decorating world will be interested in the list, and even in its organization, which is split into chapters like “The Big 6,” “The Grandees,” “The English Masters,” “The Influencers,” and “A Century of Women.”

In an effort to add a democratic dose to this otherwise highly subjective enterprise, Jennifer Boles includes nominations by editors of numerous shelter magazines. Their answers, at the front of the book, are entertaining and illuminating, like those of Whitney Robinson of Elle Decor, who writes, “Bunny Williams is the Meryl Streep of the interior design world.” Indeed, one of the pleasures of Inspired Design’s framework is the ability to draw lines between someone like Bunny Williams and someone like Elsie de Wolfe (1865–1950). De Wolfe, whom Boles calls perhaps the first modern professional designer, used to say, “I believe in plenty of optimism and white paint”—a mantra that sounds about as fresh and true today as it did more than a century ago. 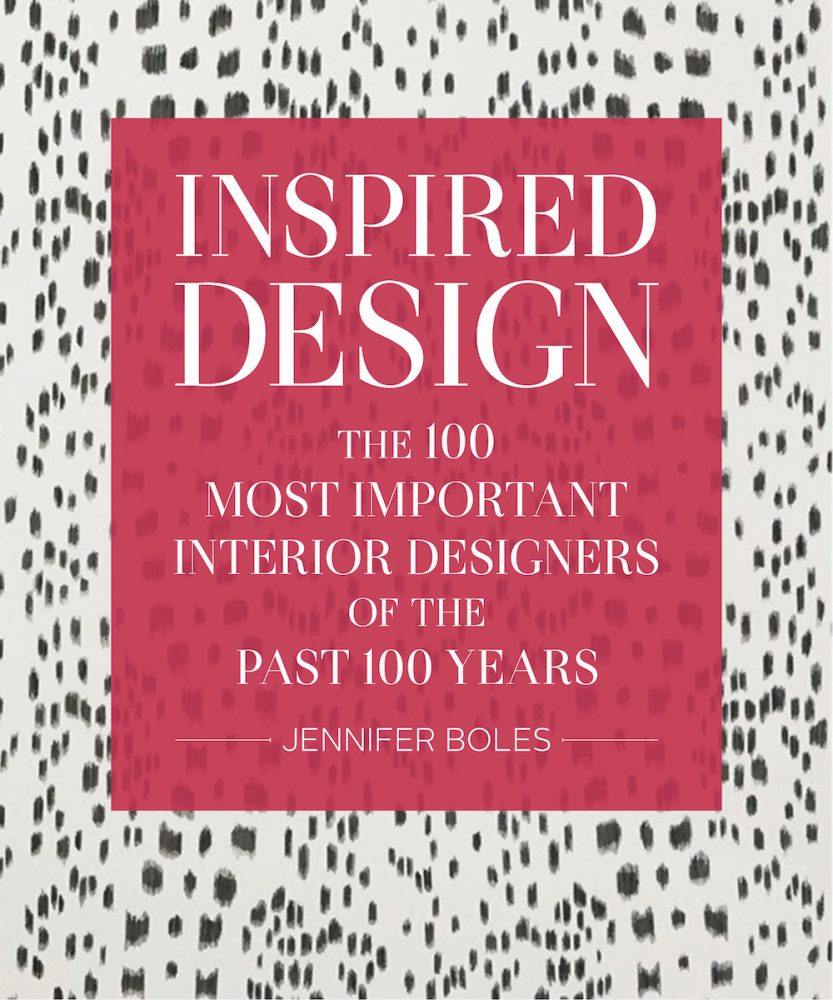 Inspired Design: The 100 Most Important Interior Designers of the Past 100 Years by Jennifer Boles (Vendome, 2018)