Writer Frances Schultz may have sold her beloved East Hampton home, the place of many decorating and life lessons learned, but it will always remain a part of her 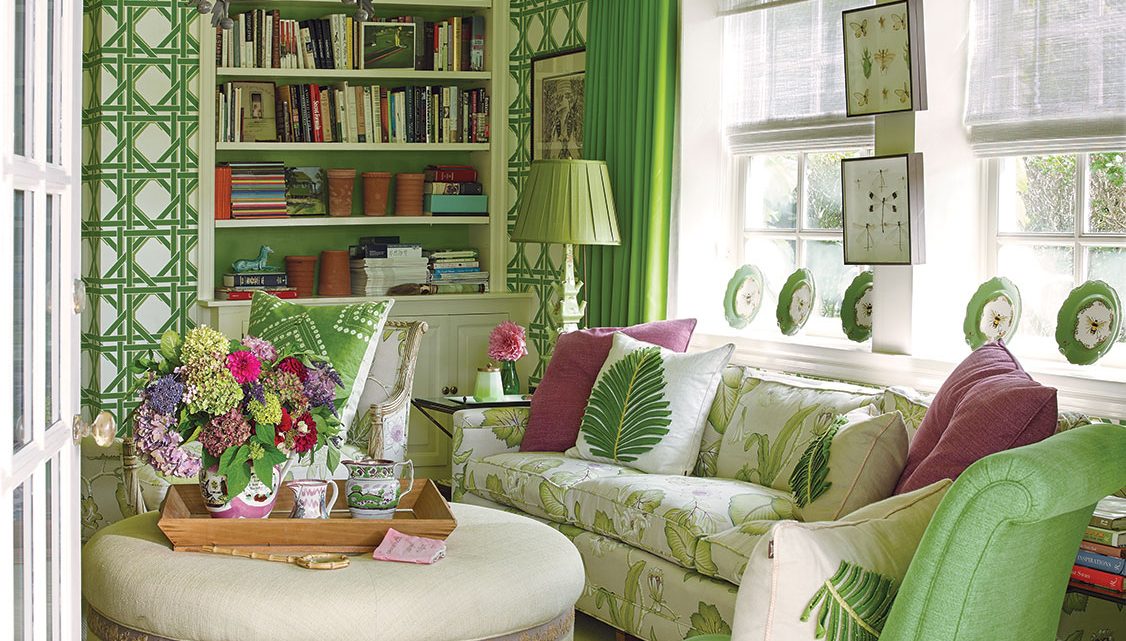 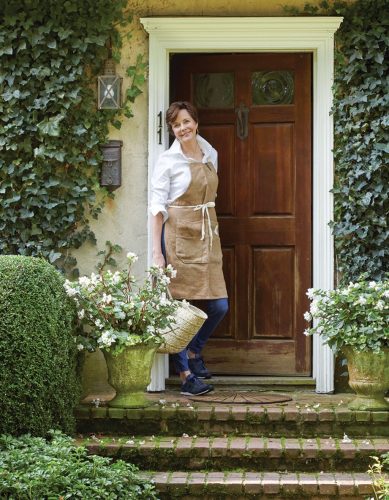 As some Flower readers may know, I had a house called Bee Cottage in East Hampton. I bought it 10 years ago to be where my then-fiancé and I would begin our newly married life together. The house was old and needed work, but I relished the prospect. If only I’d been as optimistic about the marriage. With the invitations mailed, deposits paid, and all plans made, I called it off. Good man, bad match. The truth, they say, will set you free. But honey, it will wring you out first.

And there I was, in a monumental muddle, with a house to match. I started there. A muddle, it turns out, is not much of a map. My single clear direction was a desire to create something beautiful in that little house and garden, and to write about it for House Beautiful, which I did. But a funny thing happened along the way. Unwittingly at first then unavoidably, renovating the house became a metaphor for renovating myself. The parallels were uncanny, not as feel-good clichés (though they were) but as compelling truths in decorating and in life: Be true to who you are. Trust your instincts. Ask for help. Honor your spirit. Be sure you get the right refrigerator.

The patio is the most lived-in space of the house from April to November, says Frances Schultz.

Hydrangeas and dahlias from the garden make an easy centerpiece.

I wrote about that, too, in The Bee Cottage Story—How I Made a Muddle of Things and Decorated My Way Back to Happiness. I thought there might be others who had experienced loss, or majorly screwed up, or both (like me), who might appreciate my story, or be inspired by it, or at least have a laugh or two. And for those who happened to like a glorified garden shed—English-French- North Carolina-New York—jumble of decorating, well, there was something for them, too. Six printings and dozens of speaking engagements later, I reckon I was onto something.

Not everyone agreed, mind you. One especially charmed reader wrote on Amazon, “When I got to the end of this book, I could not see a reason why it was ever written.”

Heartwarming reviews aside, our living spaces hold our stories, many of them universal. Bee Cottage sheltered my grief, softened my regret, fostered my creativity, hosted my company, and harbored my love. It countenanced family heirlooms and flea market flotsam. It colored white and green, blue and gray, brown and turquoise, and a dash of red, because every house needs a dash of red. It tolerated ad hoc collections of art, rocks, shells, bird nests, my mother’s Staffordshire, my travel mementos, and more china than is legal without a permit. All those things hold stories, too. Bee Cottage was a quietly exuberant, motley scrapbook of a life with pretty slipcovers and lovely linens because every house needs those too. It was my haven, my spirit home. It healed me.

Frances Schultz wallpapered the garden room of Bee Cottage in a trellis pattern by Carleton V. The sofa fabric is by Manuel Canovas. The chairs are from Katharine Hepburn’s estate.

Pink dahlias and hydrangeas complement the living room’s palette. “The flowers are a room’s corsage—the simpler, the chicer,” says Schultz.

In the dining room, Schultz’s collection of pressed botanicals lines every wall. A vintage bird-cage was wired as a chandelier.

A half-canopy camouflages the sloped ceiling while creating height and adding drama to the master bedroom.

Blue-and-white plates and an oversize metal chalk- board dress up the back corner of the galley kitchen.

Benjamin Moore’s Galapagos Turquoise in a high-gloss finish envelops Bee Cottage's guest room. “It reminds me of the ocean, waves and all, thanks to the bumpy old stucco walls,” she says.

A cluster of hydrangeas, dahlias, and salvia befits the verdant garden room. “I like arrangements that look as if they came from the garden with a bit of random scavenged woodsy greenery woven in,” says Schultz. “Flowers that look intentional but not ‘done.’ ”

Shallow shelves were built to house a portion of Schultz’s collection of Staffordshire gurines.

Blue-and-white plates and an oversize metal chalk-board dress up the back corner of the galley kitchen.

Except for the wheelbarrow of bills, the Fourth of July I spent bailing out the basement, and the time I had 25 for dinner and the dishwasher broke, I loved every bit of it. How could I ever let it go?

Then one day, I could. It was time. Like Mary Poppins leaving the Banks children, the wind had changed. Life changed. I did remarry. He’s a big-sky-cowboy kind of guy, and we live on a ranch in California, and it’s great. But it’s a tough commute, and anyway, East Hampton isn’t his thing. Eventually I just didn’t see the sense in spending long stretches in Long Island without His Grace when I travel enough as it is. Plus, I missed the old ball and chain.

I sold Bee Cottage last summer to a friend who is, as I was, making a fresh start and making Bee her own. Godspeed. There was a moment, I confess, when the moving truck rumbled up, that I went to pieces. Yes, it was hard to leave the little house that held nearly a decade of my life and a lifetime of lessons. But strangely enough, I don’t miss it. 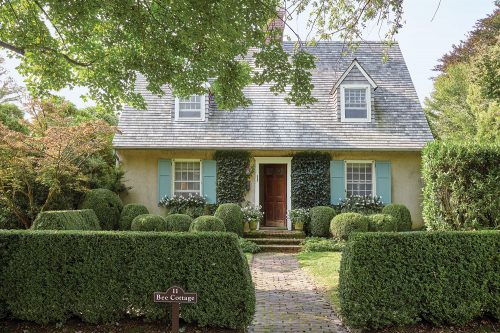 In retrospect, the best of those lessons was that doing, creating, practicing, cultivating, or caring for something you love is one of the most spirit-feeding, heart-singing things you can do. It is a joyous act of self-compassion that is profoundly healing. Once you feel it, you know how to feel it again. Whether it’s a room in Hoboken, a garden patch in Peoria, an easel, an oven, a tennis court, or a committee meeting, there is a Bee Cottage out there for all of us, a spirit home of our own, and it has many rooms.

I may have left Bee Cottage, but Bee Cottage has not left me. We are stewards of houses for a short while, but our spirit homes are with us always. 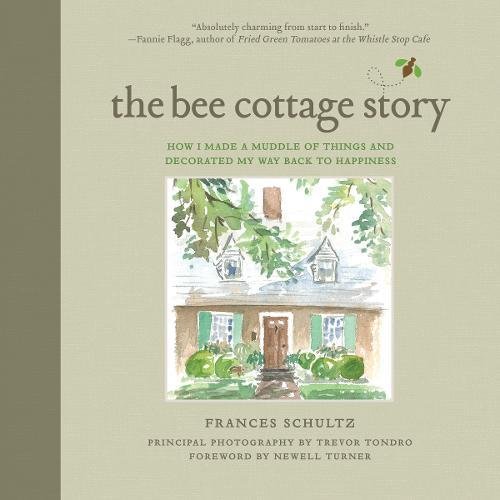 The Bee Cottage Story—How I Made a Muddle of Things and Decorated My Way Back to Happiness, by Frances Schultz (Skyhorse Publishing)