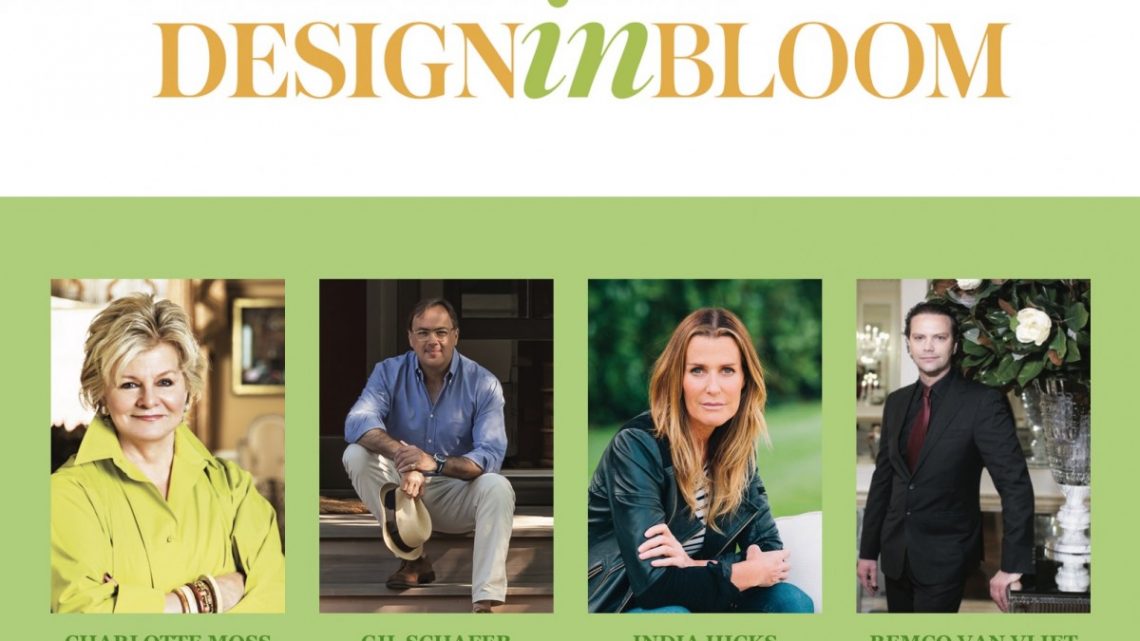 Flower magazine presented ‘Design In Bloom,’ a day of style and design with lectures, book signings, floral demonstrations, and more at the Houston Design Center, April 10, 2018.

Recently honored with the New York School of Interior Design’s Centennial Medal, this year Charlotte Moss celebrates 32 years in the design business. In addition to her residential interior projects, Moss’s work includes licensed collections of furniture, fabrics/trims, carpet, china, and framed art. Moss is a prolific author, having published nine books to date with her 10th book, Charlotte Moss Entertains, released in the spring of 2018. In addition to writing books, she is also a contributor for several publications. Moss lectures widely and considers philanthropy some of her most important work.

Best-selling author, former model, current lifestyle entrepreneur, and mother of five, India Hicks was born in London, England, and comes from both British and design royalty. Her father was famed interior decorator David Hicks, and her mother is Lady Pamela Hicks, whose father was the last Viceroy of lndia, hence her name. In 2015, after a decade of designing collections in partnership with well-known global companies, Hicks launched her eponymous lifestyle brand. Her exclusive collections of handbags, accessories, beauty, and fine fragrances are sold through entrepreneurial women at home and online. She has also produced three lifestyle books. Her latest book is India Hicks: A Slice of England.

Remco van Vliet and Cas Trap worked for their father’s event design company in the Netherlands before moving to America, designing many events throughout Europe for clients including the Dutch Royal Family. Van Vliet moved to New York City in 1994 and spent six years working with Chris Giftos, event pioneer at The Metropolitan Museum of Art, before being given the prestigious opportunity to become his successor. Along with being the decorator for in-house events, Van Vliet & Trap creates the stunning colossal urn arrangements and bouquets in the museum’s Great Hall. Today, Van Vliet & Trap is the preferred event design company for some of the most prestigious Institutions of the Arts in New York City.