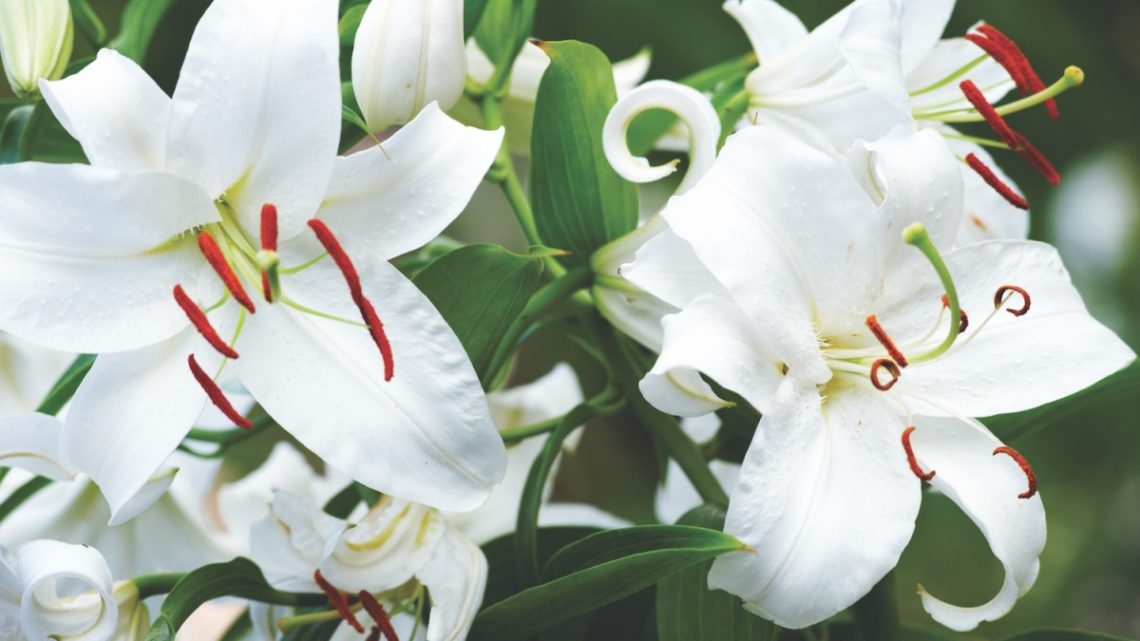 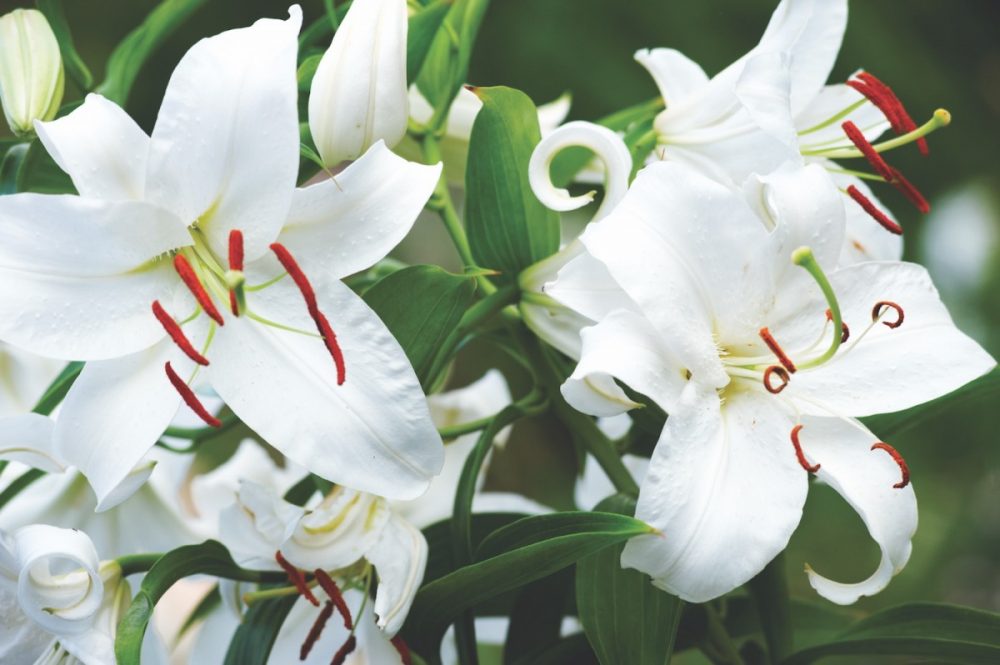 In my summer garden, there is one flower in particular whose wondrous bloom I wait all year to see. The fragrance is so sweet that I look for reasons to spend extra time in my yard. Fortunately for us, we can enjoy this amazing plant, the ‘Casa Blanca’ lily, in almost any garden in America.

The ‘Casa Blanca’ lily is planted as a bulb, and I plant mine six inches deep in moist, but well-drained soil. Every year, I make sure that I add a little mushroom compost in my beds and mulch with pine bark that is about the size of a nickel. The pine bark will break down over time leaving even more nutrients and organic matter for next year’s garden. In spring, when I start to see the shoots from my lily I place a stake to begin the training process. I have found that my lilies can grow up to six feet tall, so my stake had better be strong! By mid-July, I usually see the first signs of my lilies opening and then three weeks of bliss begins.

Lilies have been around for more than 3,000 years. It is, without a doubt, one of the world’s most romantic and decorative flowers. We know its age from ancient Cretan wall paintings and Assyrian carvings. The ancient Greeks said that lilies sprang from drops of the goddess Hera’s milk.

Our ‘Casa Blanca’ lily descended from Korea and Japan and is part of a class of lilies called “Orientals” and is sometimes referred to as a white Oriental lily. Historically, in the Asian culture, the lily’s petals were combined with honey and used to make cosmetics and facial creams.

I’m not sure that I will mix any lily petals with honey anytime soon. I’ll just keep enjoying the stately elegance, breath taking fragrance, and graceful beauty of the ‘Casa Blanca’ lily in my garden. You can too, as they grow in a variety of hardiness zones, from 4a to 8b.