Behind the Design with Bobby McAlpine

The renowned architect, interior designer, and furniture designer for LEE Industries invites Flower magazine for a tour of his gracious Atlanta home 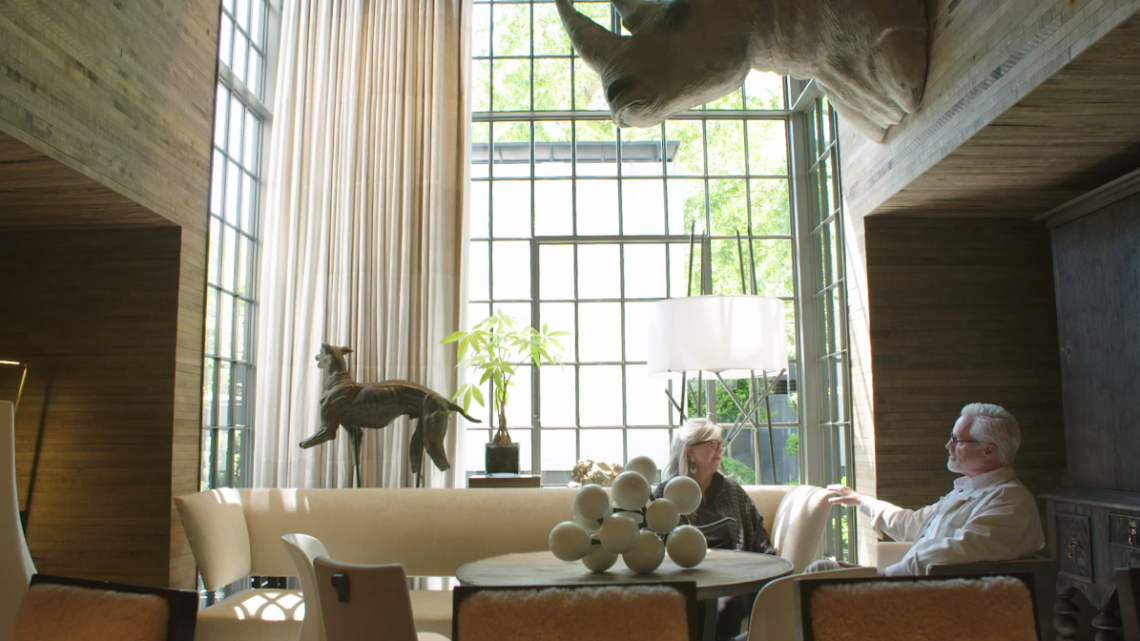 Architect Bobby McAlpine is known for poetic, romantic, and often quite traditional design. However, when planning his residence in Atlanta, the author of Poetry of Place took “a sharp left turn” to create his vision of the new Romantic Modernism. Join Flower on a video tour of McAlpine’s inspiring home, and check out our takeaways below.

Furnishings play an essential role in every home McAlpine designs. In a previous interview, he told Flower that he starts on a furniture plan even before the walls. “As I arrange furniture, it tells me where to put the fireplace and then the room falls into shape around it.” In his new furniture line for LEE Industries, McAlpine designed comfortable, elegant pieces, many of which he used in his own home, that would set the scene without grabbing all the attention.

“I wanted to create a line of furnishings that are like the character actors in a film. They’re not the stars. They are the thing that makes the whole thing work.”—Bobby McAlpine

From dramatic curves in a staircase to a swivel chair’s thin wooden edging (below), lyrical lines, almost like calligraphy, define McAlpine’s new Romantic Modernism. “The line of something is what I remember and relate to more than the body,” he says. 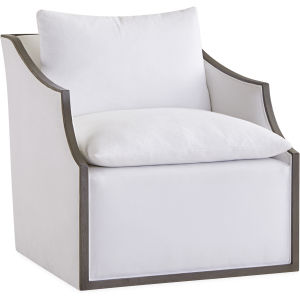 Bobby McAlpine used a wooden edge to accentuate the lines of this swivel chair for LEE Industries.

You cannot miss the faux rhino presiding over the kitchen lounge of McAlpine’s home. “I fell in love with the enormity of it,” he says. “It’s the bold gesture that the room demands.” Such bold gestures along with more rustic pieces lend a romantic feel to his modern home, while comfortable seating options, such as a long, straight elegant sofa, balance more eccentric choices.

Part of McAlpine’s genius lies in taking classical elements and updating them for the 21st century, imparting a timeless quality to his interiors. The wing chair below is a perfect example. McAlpine modeled it after a Chinese Chippendale chair he spotted in the 1971 movie Harold and Maude, in which a stately home is the backdrop for many scenes. (We told you he sees furniture as character actors.)

“It was ancient and modern all at the very same time. Now I’ve introduced that chair into the line for LEE Industries.”—Bobby McAlpine 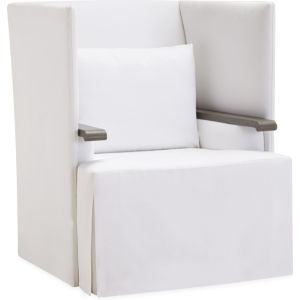 The film ‘Harold and Maude’ inspired this wing chair in the McAlpine Home line for LEE Industries.

Though tall windows flood McAlpine’s home with natural light, you will find a surprising recurring trait inside: cozy enclaves with ceilings as low as seven feet. This creates intimacy, as do his seating arrangements that are always close enough to allow you to reach out for a friend’s hand. For the same reason, he prefers long tables on the narrow side.

In his home, McAlpine reimagined traditional rooms for modern-day use. His “kitchen lounge,” for example, is an updated rendition of a breakfast room, with a soft sofa and moveable props complementing a table that can seat up to five. Similarly, the “little library,” which houses not books but objects from his travels, has become an after-dinner hangout.

In the courtyard where McAlpine entertains, the house’s axis determined the placement of the table, bay window, and outdoor fireplace. Such rigor and order in the design freed him to be more playful with the plantings. “A misbehaving bunch of boxwoods” in all shapes and sizes enliven the space. A few have even jumped on the table to join the party.

Produced in partnership with LEE Industries