On her farm in upstate New York, Sarah Ryhanen of Saipua cultivates a floral style that celebrates the exquisite and ephemeral bounty of nature 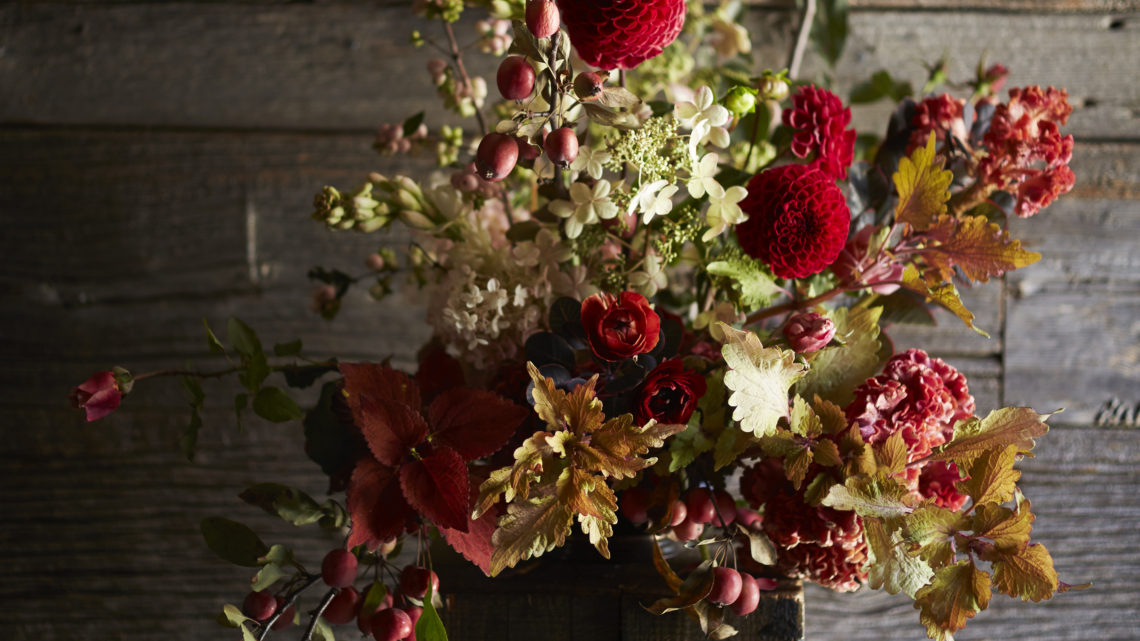 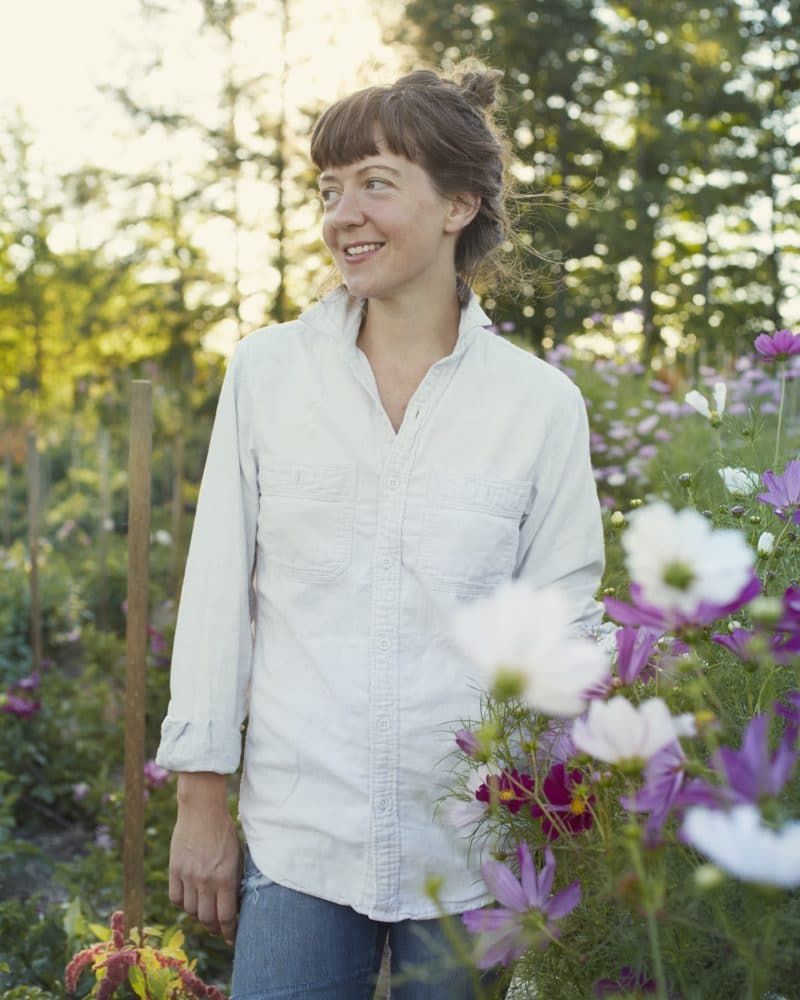 Sarah Ryhanen can clearly remember the moment she discovered the mysterious power of flowers. For her twenty-fifth birthday, her partner Eric Famisan, presented her with an unusual bouquet of black dahlias. “Being given flowers made me feel very special, and black dahlias, which I had never seen before, are so sexy and alluring.  “I was touched by the sentiment of the gesture as well as the beauty of those velvety dahlias,” recalls Sarah. It didn’t matter that the flowers died the very next day; ” their work had already been done.” The power of the dahlias was revelatory and ignited her passionate love affair with flowers.

Having always been an artist — she did performance art art in college and was working at the time as an assistant curator in a New York gallery — Sarah finally found her true medium. Soon she began to haunt the flower market, asking questions and learning as much as she could about flowers. Before long, she and Eric were running their shop, Saipua (from the Finnish word for soap, saippua), in the Red Hook neighborhood of Brooklyn, selling an unusual combination of olive-oil soaps made by her mother and wildly beautiful flower arrangements by Sarah.

Today, Saipua is headquartered at The Farm at World’s End in upstate New York. 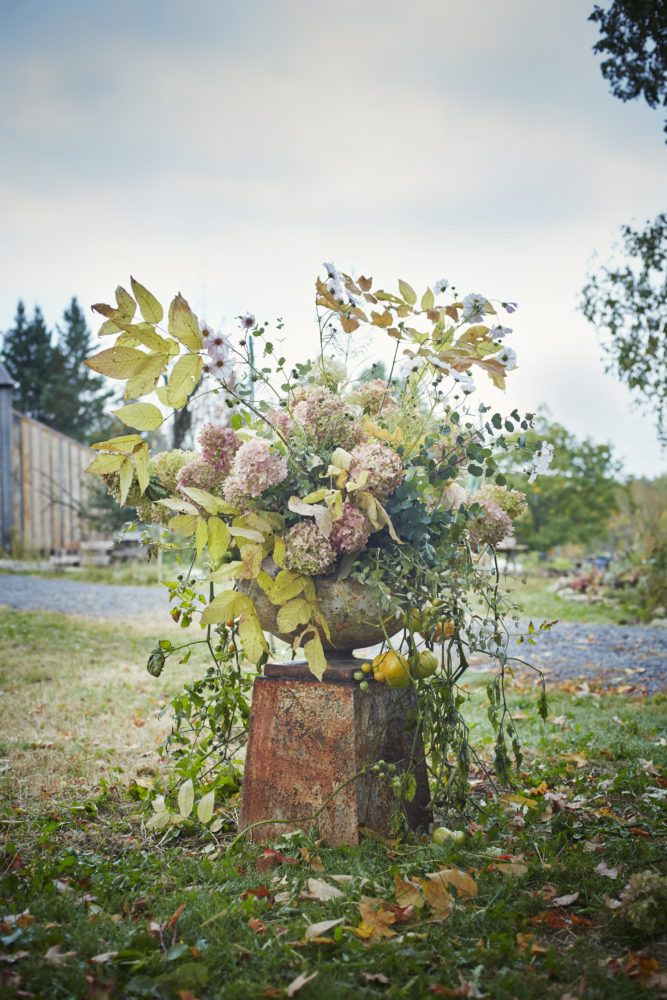 Saipua’s bouquets are never conventional, beginning with a palette that gravitates toward what Sarah calls “the muddy, in-between colors,” like mauve, pale blush (neither white nor pink), and brown. Rejecting the standard-issue tight dome-shaped bouquets, she favors loose, naturalistic compositions, teasing out the singular beauty of each individual blossom, mixing peonies or garden roses with wild vines and foliage that look like they had been picked from abandoned fields and roadsides. 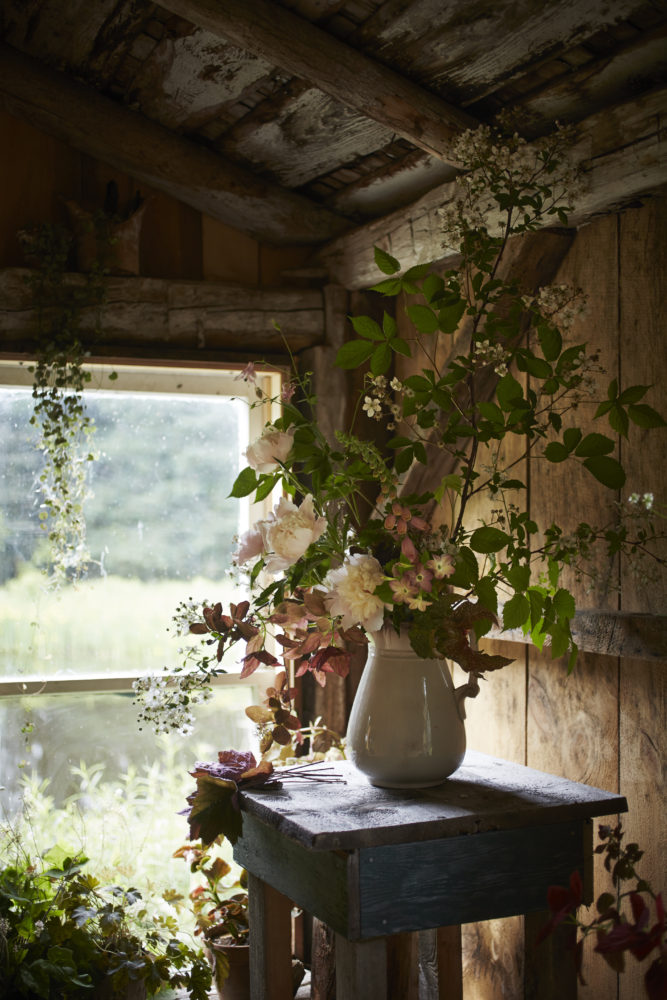 “I love to capture flowers in an arrangement when they are teetering on the edge of dying, that moment when they are most beautiful but also most vulnerable,” says Sarah. That their beauty could be shattered in a moment makes it all the more piercing. “The most beautiful flowers are often the most fleeting.” The most fragrant roses wilt in minutes, but they offer an unforgettably sensual experience. At their best, flowers teach you “to live in the moment, and then to let go.” 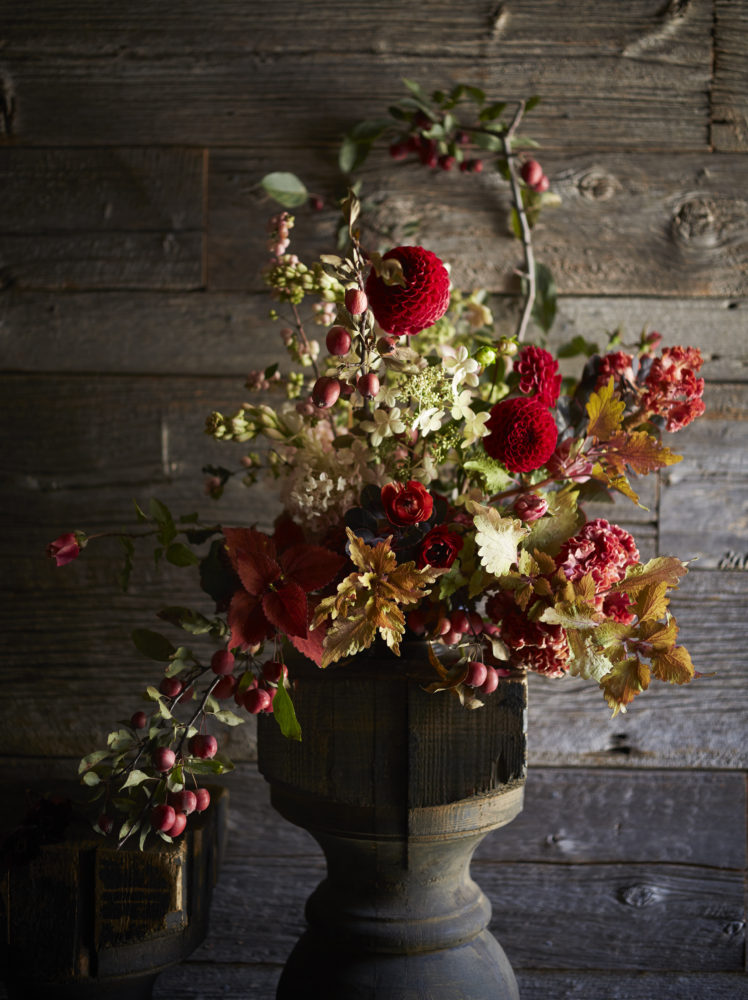 Four hours outside of New York City is World’s End, Sarah Ryhanen’s flower farm with a farmhouse, barn, 20 acres of fields for growing, and even Icelandic sheep. It’s an appropriate backdrop for her wild aesthetic, as seen here in a design with red dahlias and fiery fall colors.

Next post How to Make a Festive Holiday Wreath