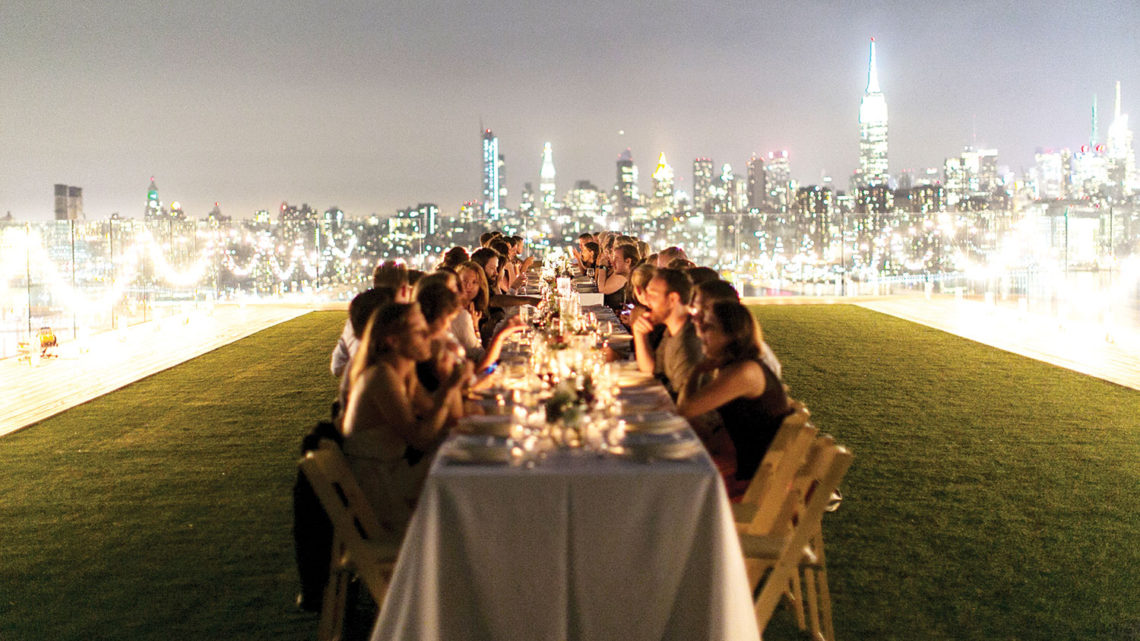 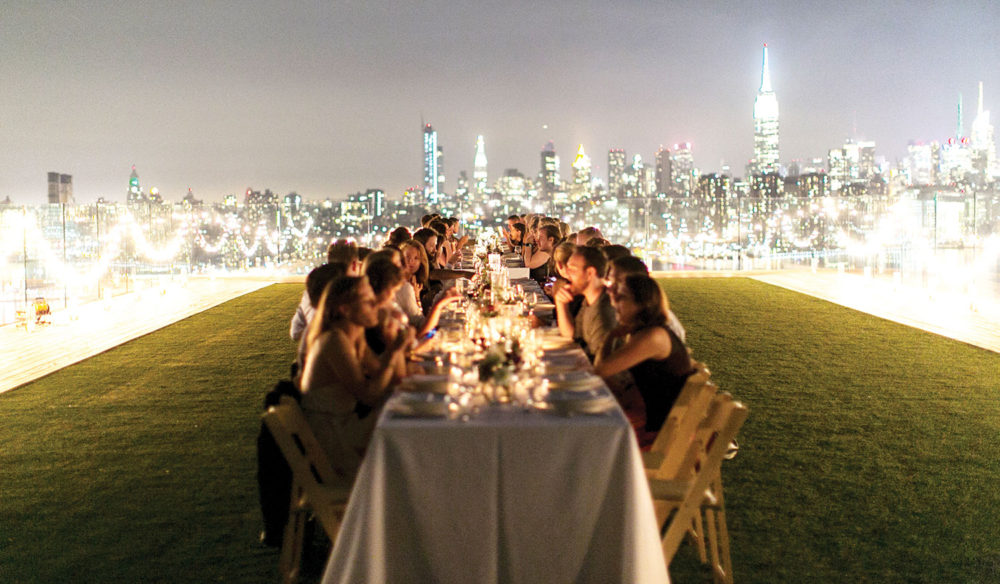 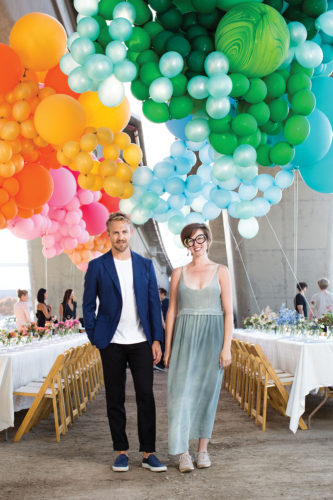 Cofounders Patrick Janelle and Amy Virginia Buchanan at one of their pop-up dinners.

When Amy Virginia Buchanan and Patrick Janelle met in 2012, both were transplants to New York bewitched by their adoptive city. Both had backgrounds in theater, and both were itching to put on a show. Janelle offered the patch of yard behind his SoHo apartment as a location; Buchanan suggested a backyard cabaret. Friends were invited, a white tarp was strung up as a makeshift curtain, and guests cooled off with $3 PBR beer. “It was a really special party,” says Buchanan, “and out of that moment, Spring Street Social Society was born.” For the next two years, she and Janelle hosted evenings of cocktails and entertainment in backyards, coffee shops, and other places they could find around Manhattan.

In 2014, they held their first sit-down dinner, recruiting a cadre of creative friends to cook the food, decorate the space, and perform for guests. Early support from attendees like an editor of Bon Appétit stoked enthusiasm for the venture, and Spring Street earned a reputation for creating magical evenings that brought strangers together in unexpected ways. “We like spaces that are in transition,” says Buchanan. “The more it looks like you would absolutely not want to throw a party there, the more we want to throw a party there.” 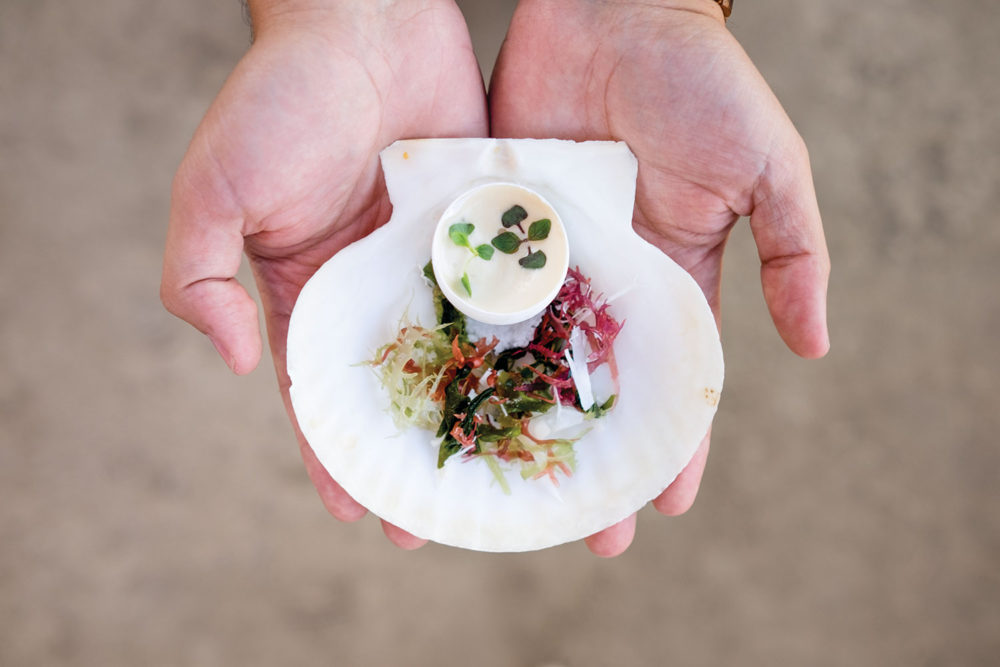 Creative presentation, like this appetizer in a seashell, is a Spring Street hallmark. 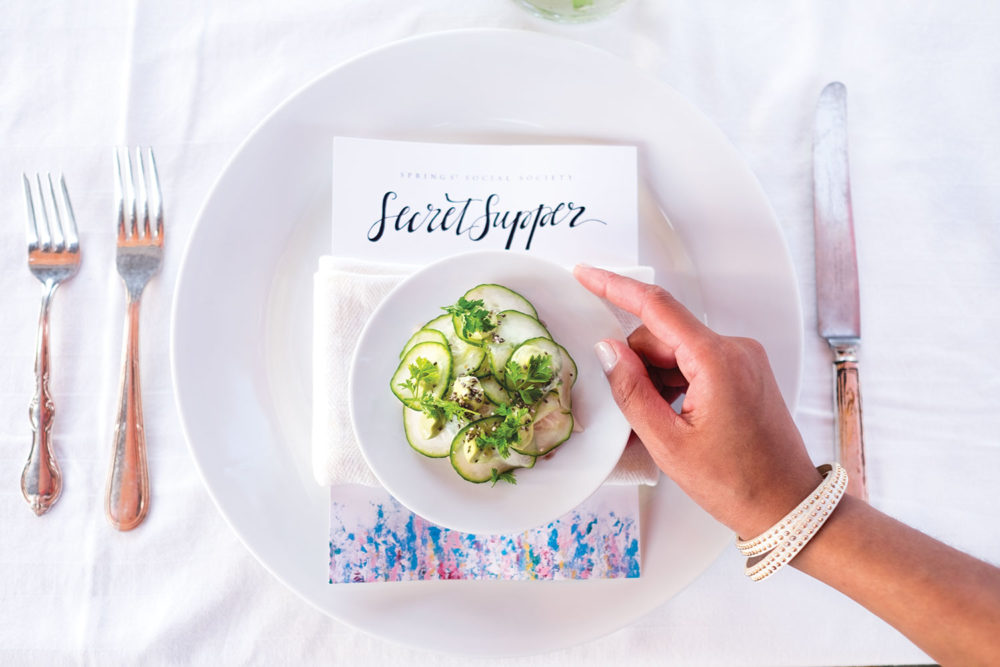 A first course of cucumber salad at one of Spring Street’s Secret Suppers.

Since 2014, “there” has included the marbled lobby of an abandoned bank in the Financial District, a 19th-century English cargo ship, and, perhaps most famously, a neglected corner of Penn Station, where Buchanan and Janelle brought in 25 tons of sand for a beach party complete with free espadrilles, tropical cocktails, a roaming pirate, and an original play about mermaids. Buchanan and Janelle can wear many hats depending on the occasion. She’ll mix drinks; he’ll act as host. She’ll arrange the flowers; he’ll serenade guests. At a recent dinner, Janelle delighted the crowd with an impromptu rendition of My Fair Lady’s ballad “On the Street Where You Live.”

“People stop and stare, they don’t bother me / For there’s nowhere else on earth that I would rather be.” For those enjoying a night with Spring Street Social Society, that sums it up just right. 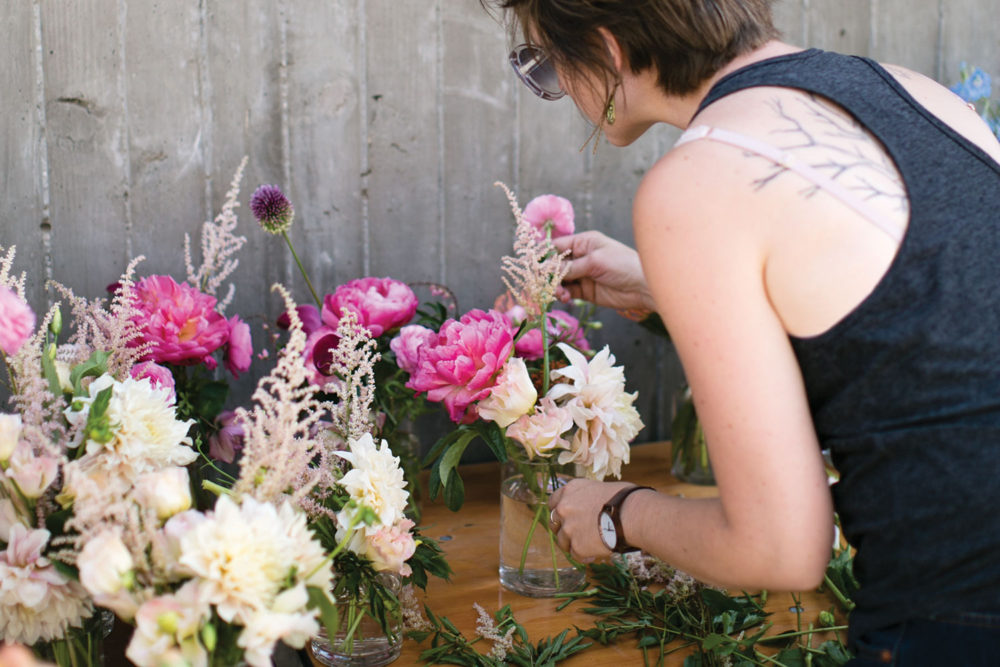 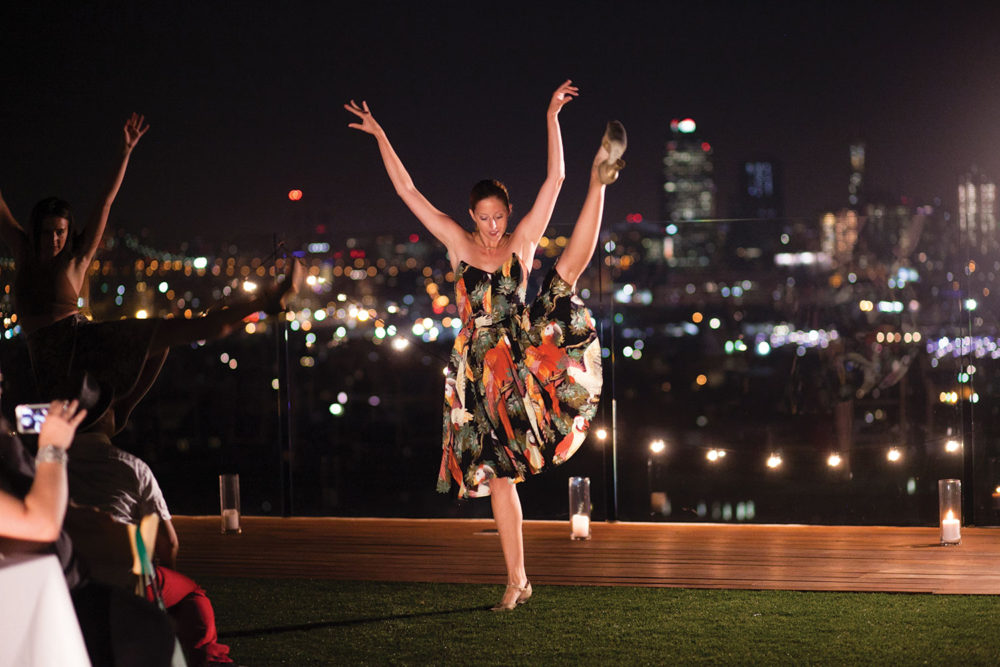 A dancer entertains at an alfresco dinner. 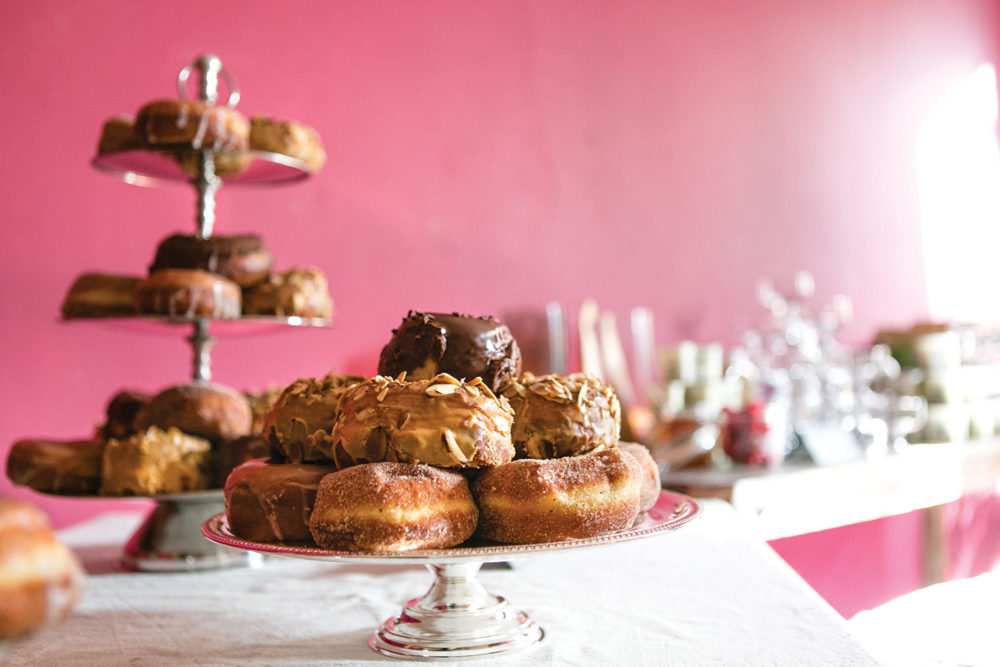