In his garden at Hummelo, world-renowned Dutch landscape designer Piet Oudolf brings home the essence of his aesthetic 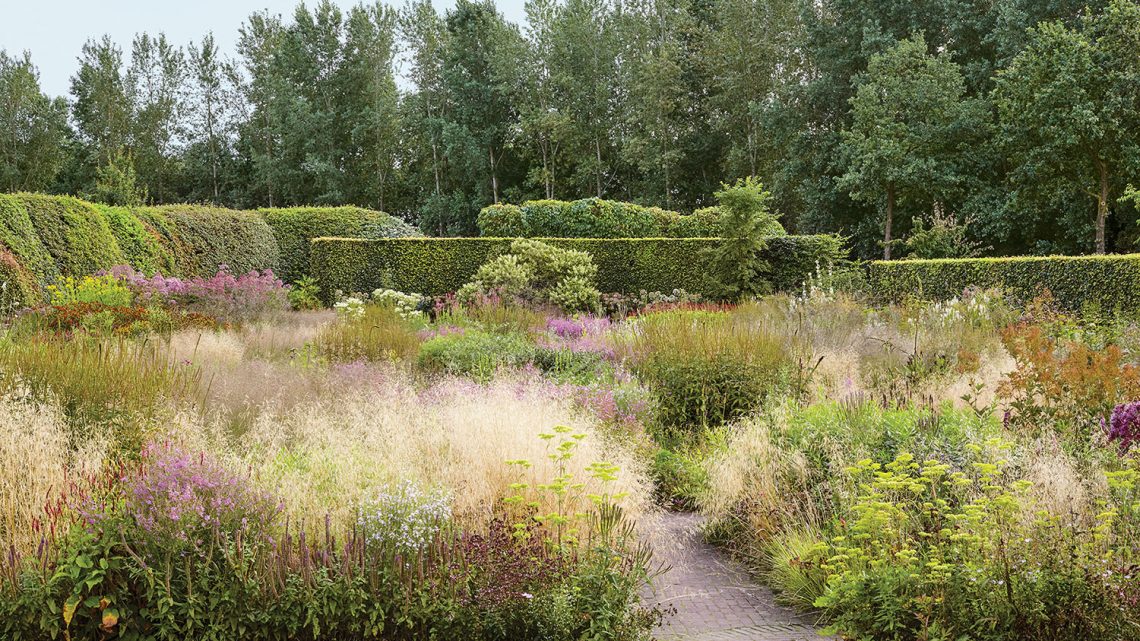 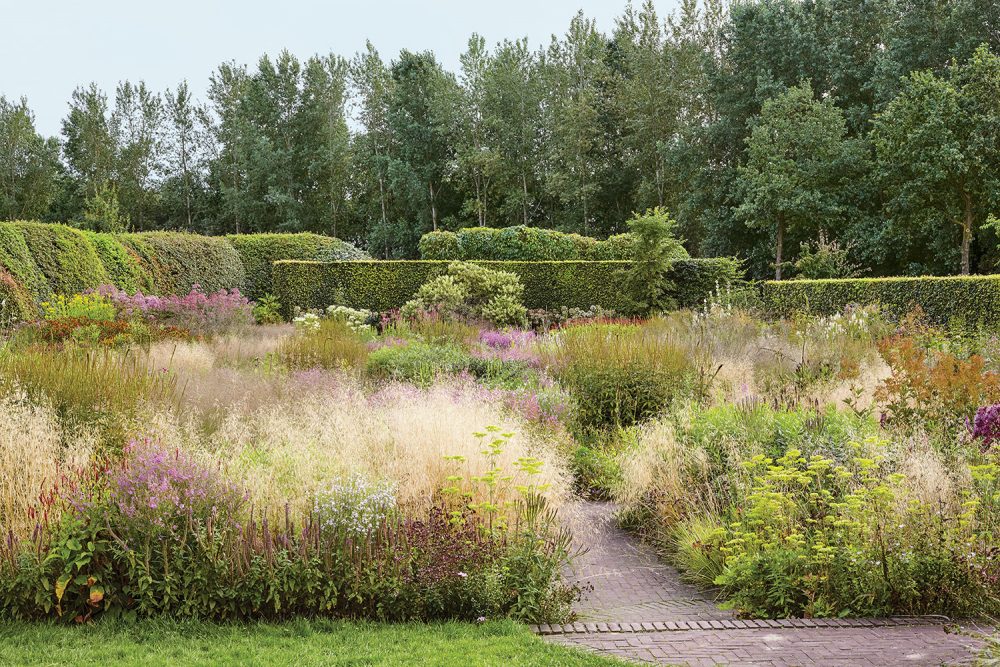 Asked why he is so fascinated with grasses, Piet Oudolf, the esteemed Dutch landscape designer, replies, “They are emotional, dynamic, and powerful. With grasses you can create your own landscape, your own wildness, your own world.” At Hummelo, the designer’s private garden in the Dutch province of Gelderland that he shares with his wife, Anja, he has done just that. 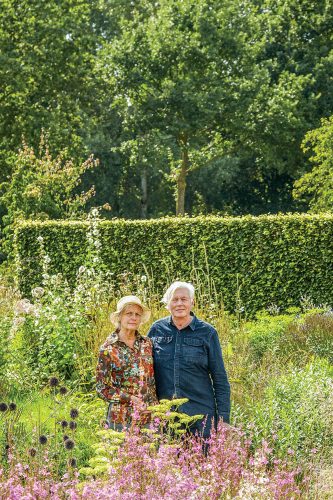 Anja and Piet Oudolf at home in Hummelo 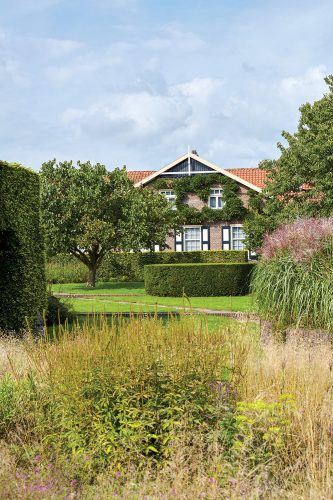 The Oudolfs raised their two sons in the property’s mid-19th-century farmhouse.

Best known for his work in the New Perennial Movement, which focuses on using grasses and perennials to elevate the natural elements of gardens, Piet’s designs have been absorbed into the zeitgeist. With high-profile projects like New York’s High Line; the Lurie Garden in Chicago’s Millennium Park; Maximilian Park in Hamm, Germany; and historic sites like Scampston Hall in Yorkshire, England, Piet’s work has become known around the world.

“Perennials and grasses are emotional, dynamic, and powerful. You can create your own landscape, your own wildness, your own world.” — Piet Oudolf 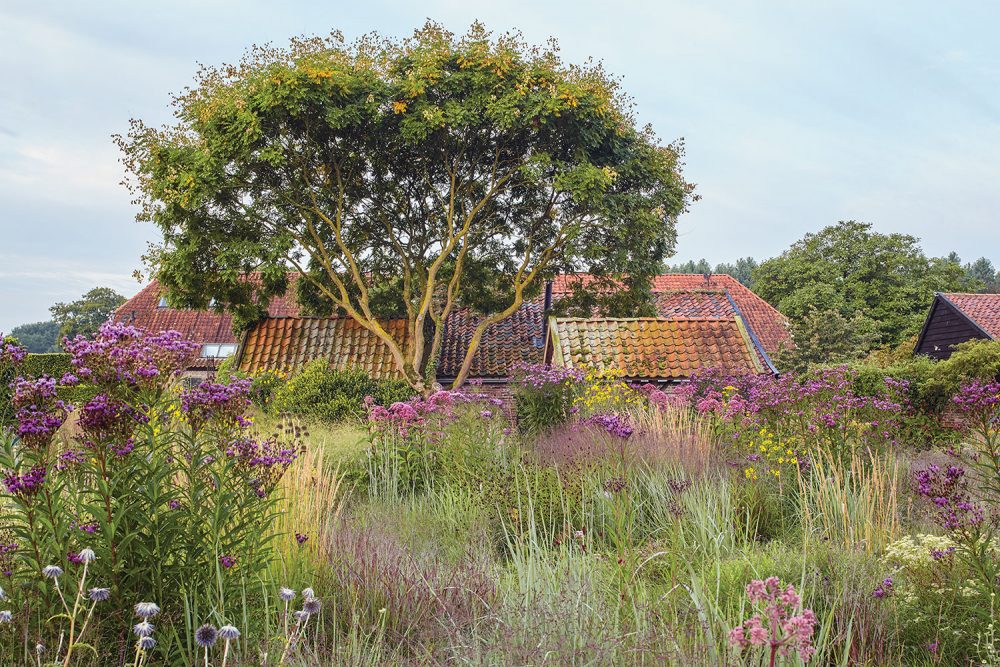 The plants in front of a patchwork of farm buildings—including ironweed, joe-pye weed, Russian sage, and feather reed grass—harmonize with the colors of the roof tiles. The rounded-crown tree is a golden raintree.

Hummelo conveys the essence of Piet Oudolf’s garden aesthetic. The opulent driveway leading into the property is framed by carefully trimmed hedges, and in front of the residential house stands an old farmhouse that was built in the 1850s. From there, the view opens to a lawn with an impressive rondel filled with abundant giant miscanthus. Powerful perennials such as purple boneset, coneflower, astilbe, and great burnet dominate the beds in between ornamental grasses that resemble tufted hair swaying softly in the wind.

Although it may look natural and accidental, everything is carefully placed, following the draft of the designer. The colors of the flowers, the shapes of the leaves, and the seed stems of the decorative grasses are all intended to harmonize. Piet emphasizes that these plants also make a statement in winter—they are not cut in autumn; the seasonal fading is an element of his design. 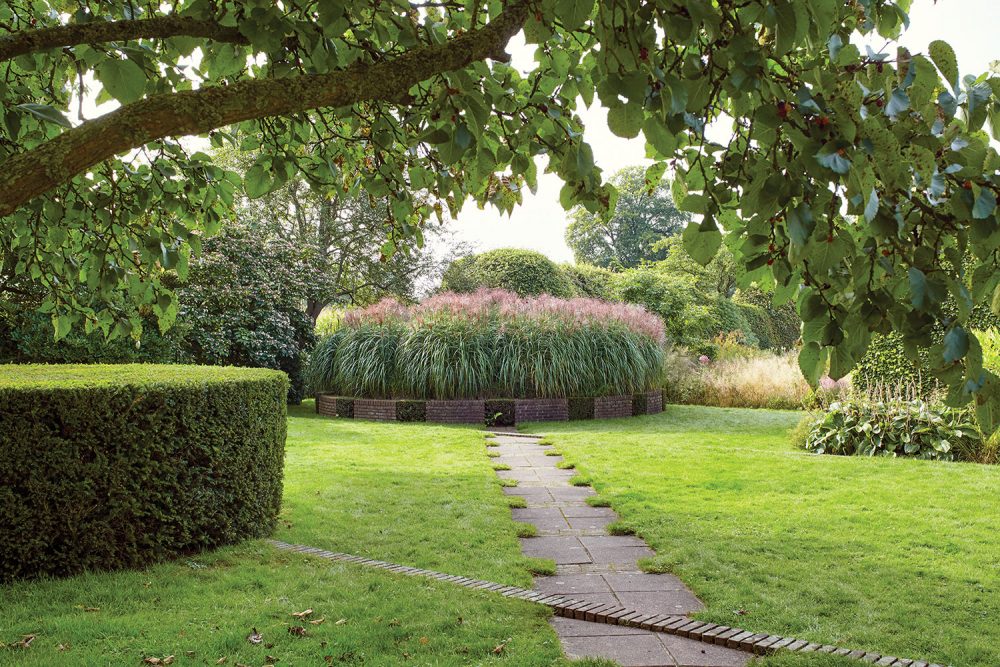 Maiden grass (Miscanthus malepartus) bursts from a rondel along a pathway.

In his younger years, Piet was not very interested in plants. Until the age of 25, he worked in his parents’ restaurant in Haarlem in the Netherlands. It was not until he had a job in a garden center that he discovered his passion for horticulture. After an apprenticeship in landscaping, he started his first garden designs. At that time, many of the natural-looking plants he liked to work with were difficult to source in the European market. He and Anja moved to the countryside, where they had enough space for a nursery, which opened in 1982 and became a center for this new style in garden design.

During their vast travels, the Oudolfs discovered new plants for their special way of gardening. It was mainly Anja who cared for the perennial nursery, while Piet designed private gardens and public parks worldwide and became well known as an author of garden books. “Without her, all of this wouldn’t have been possible,” says Piet about his wife. 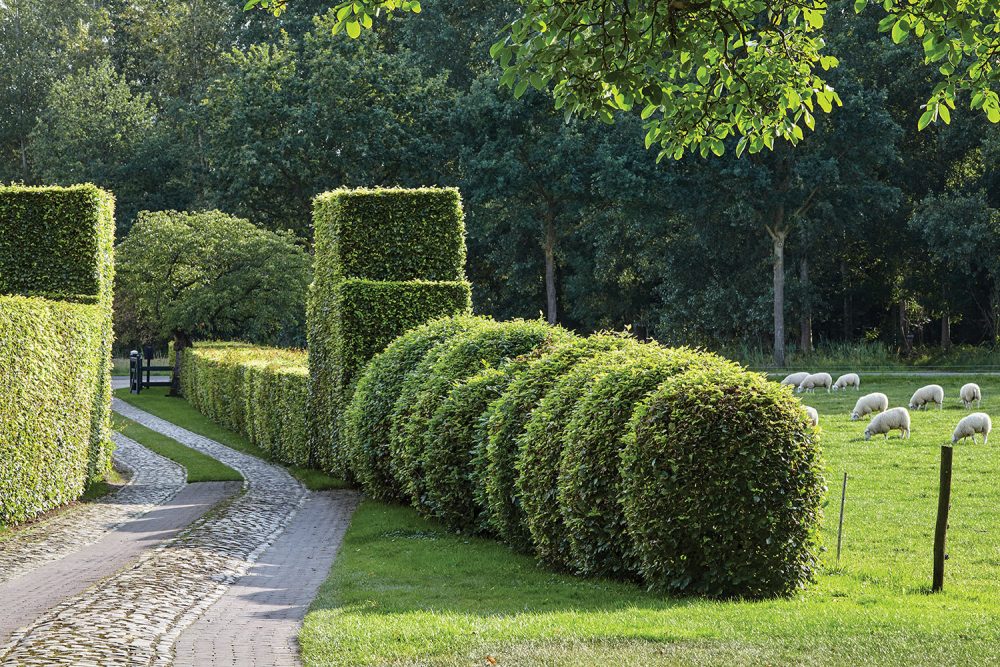 Manicured plantings along the sheep meadow contrast with the wilder look in other parts of the Oudolfs’ gardens at Hummelo. 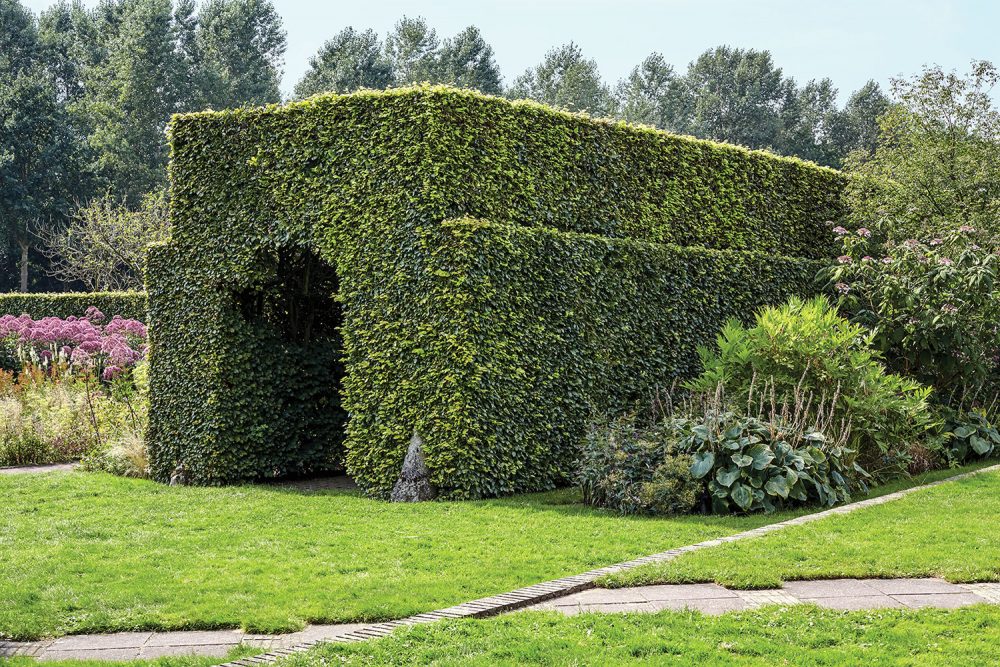 A strictly trimmed tunnel of beech and ‘Cornus mas’ connects the farmhouse lawn to the driveway.

By 2010, Piet’s style had become so successful that the plants he preferred became easier to buy, so the couple decided to close the nursery. Now, at the site of the former nursery, a perennial meadow grows in front of the studio, a cubical building designed by architect Hein Tomesen.

In this meadow, Piet gives even more liberty to the plants than in the beds in the front of the garden. It is the place where many more projects will be conceived. At Hummelo, Piet works alone in his studio, with the view of his own garden inspiring those to come. The designer says, “We still have much learning to do. Nothing is fixed. Gardening is a lifelong experience.”

In front of the cubical studio is a wild-looking meadow with perennials in flower, including Culver’s root and Eupatorium maculatum ‘Snowball.’

“This is my favorite place if I want to relax,” says Piet about the terrace in front of the studio, which is overgrown with needlegrass. Main plants in the meadow include feather reed grass and frost grass.

The pathway to the studio space

Mexican feather grass grows in the gaps of the pavement in front of a toolshed. 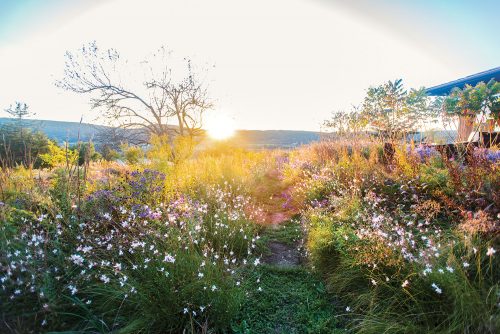 With a lot of study and careful selection of plants, landscape architect Jamie Purinton designed a sweeping Hudson Valley landscape that looks as if it’s always belonged. See more.