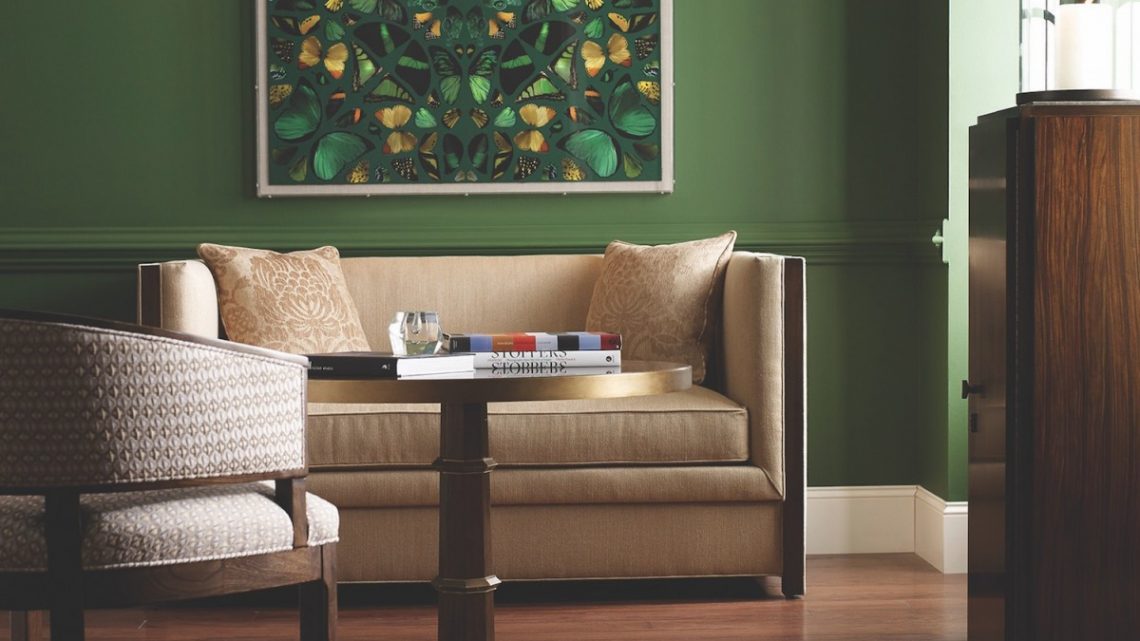 At the April Home Furnishings Market in High Point, North Carolina, even the most casual observer could notice a decidedly West Coast vibe in the middle of the Carolina Piedmont. Four A-list companies—Baker, Castelle, Century, and Hickory Chair—featured fall collections by Los Angeles–based designers. While the looks from each showroom were as unique as the designers who created them, the mood was singularly California cool. 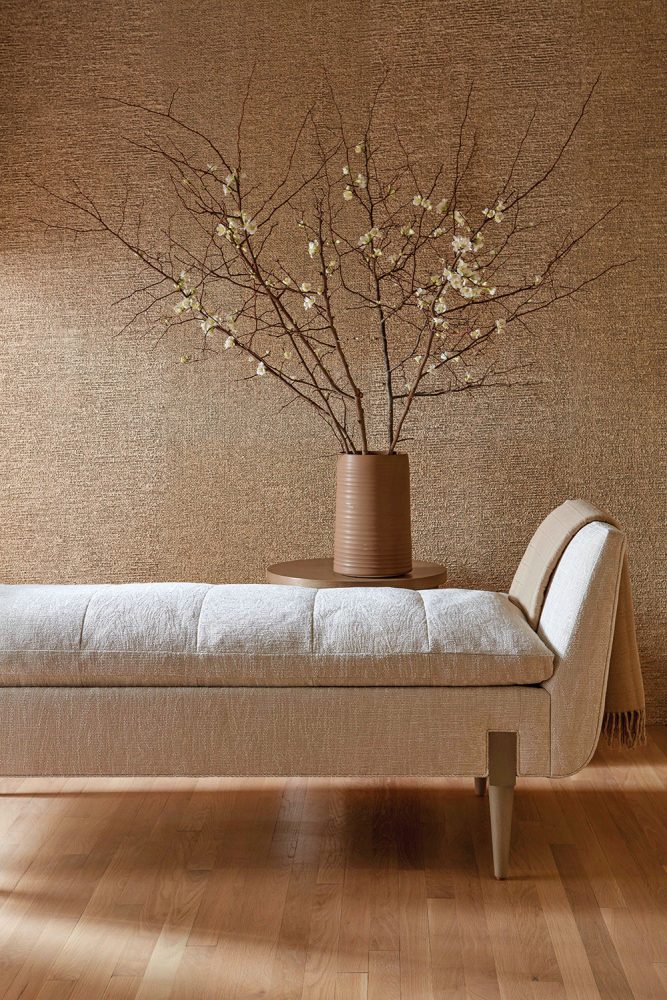 Born into a family of painters, Barbara Barry shares an artist’s reverence for light. Her use of soft, subtle hues, like the one in this chair, is intended to express the magical mood of California light. 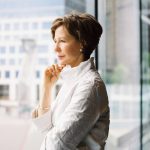 When Barbara Barry began to imagine her latest collection for Baker—a collaboration celebrating its 20th year—she wanted to conjure the natural beauty of her home state. “This collection was inspired in part by my personal move into the countryside and more into nature,” says the designer. “California is more than a place; it’s a state of mind, an open mind and an ease of living.” Ease is the word that captures Barry’s latest offerings, a 70-piece collection that feels rooted in the sundappled woods of Northern California. The mix of organic, relaxed silhouettes; luxurious fabrics; and honest, open-grained wood finishes pairs beautifully with modern or antique pieces. “Barbara has an innate sense of tapping into the zeitgeist,” says Baker president Russell Towner, who credits the designer’s instincts with her long-running success. 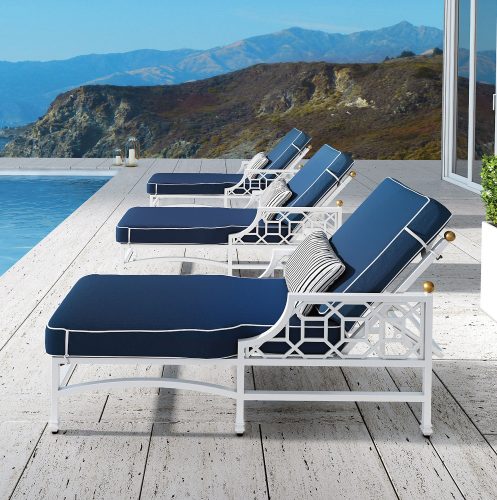 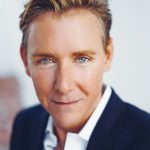 While Barry’s latest designs reflect the majesty of the California forest, Barclay Butera’s outdoor collection for Castelle takes its inspiration from the Pacific Coast. Featuring his signature blue-andwhite palette, Butera’s lounge chairs, pool chaises, and dining and occasional tables are made with intricate fretwork that conveys glamour, comfort, and a sunny California disposition. “West Coast living has always been an inspiration in my design,” says Butera. “When you live near the sparkling blue water, sun, and sand and have spectacular views of yachts sailing up and down the coast, you can’t help but be influenced by the magic and romance of California living.” 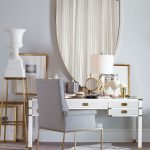 Editing elegant, antique designs with dramatic lines is the hallmark of Windsor Smith’s Alchemy collection for Century. In the Firestone sofa, she modernized a rare, 19th-century Federal canapé she found for a client and wished she could find again. 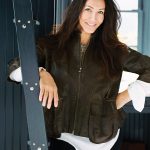 If we were on a tour bus, we would now turn away from the sparkling waters of Malibu and head straight to Beverly Hills , where the elegant, hip designs of Windsor Smith feel at home. Smith, an LA designer who counts Gwyneth Paltrow and other celebrities among her clients, has named her new collection with Century “Alchemy,” and her designs reveal a magical transformation. “For this collection, I took more of a Parisian-salon approach,” says Smith. “I’m moving away from four chairs and a sofa in the center of a room placed around a fireplace. I wanted to explore using the corners of a room, having furniture that looks as good from the back and the sides as it does from the front.” Among Smith’s collection, the seating stands out—curvy, low-slung sofas and chaises with a sweeping sense of movement that invite spontaneous conversation in what Smith calls “tête-à-tête lounging.” “California design is always optimistic,” she notes. And what incites more optimism than the promise of a great, impromptu conversation? 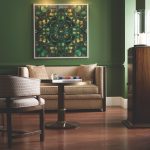 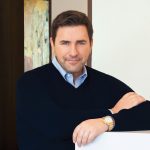 While stepping into a Windsor Smith room may feel like walking into a soirée of Rodeo Drive fashionistas, a walk through the warm, handsome interiors of LA designer David Phoenix feels like sneaking into an at-home screening party of a movie executive.Phoenix’s inaugural collection with Hickory Chair showcases the designer’s influential style of relaxed California luxury. The details of his pieces are fine, full of haberdashery accents like decorative inlays, rich leather, and sensual fabrics that beg to be touched. But the primary focus remains accessible livability. “I love classic, meaningful design,” he says. “Being surrounded by those considered choices inspires us to live our best—comfortably, graciously and gratefully every day.” The highly sought-after designer now travels the world creating rooms in his signature style, but the well of inspiration remains in California, as it does for each of these talented designers. In a state with such a wealth of beauty and possibility, that well runs deep.