When Elizabeth Locke entertains at home, she considers every last detail just as she does when designing her captivating and elegant eponymous jewelry collection 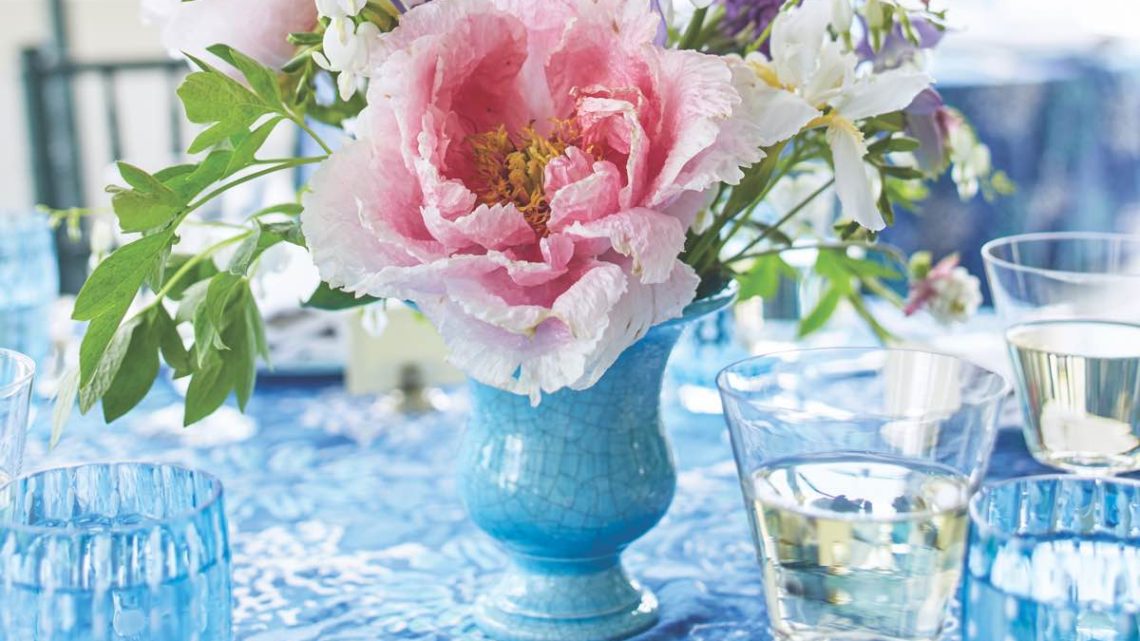 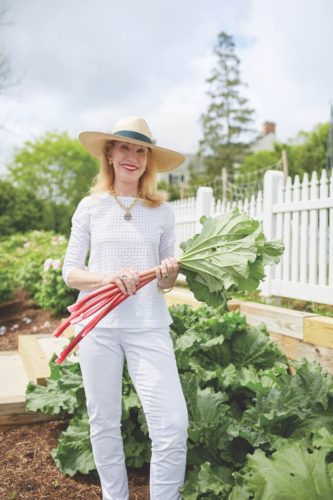 In her Virginia garden, Elizabeth Locke gathers rhubarb destined for a strawberry-rhubarb crisp that she’ll serve at a Sunday afternoon luncheon on the porch.

Last spring, jewelry designer Elizabeth Locke threw the ultimate party of sorts when she opened up her home for Historic Garden Week in Virginia. Almost a thousand visitors strolled the garden and wandered the rooms of Clay Hill, the 1816 Federal-style farmhouse and grounds that she and her husband, John Staelin, own in Virginia hunt country. “It was almost like having a wedding reception because we had to primp everything inside and out, and it forced us to do the kind of things that you usually say, Oh, I’ll get to that eventually,” Locke says, with a laugh. “It was great motivation to get things in shape.”

“For me, so much of the fun is in the planning, overseeing every last detail, putting together the most interesting mix of people, and brainstorming the menu.” –ELIZABETH LOCKE

It was also motivation for them to continue celebrating once the tour and all the preparations were over, for who wouldn’t want to keep the party going when things look picture-perfect? Although the couple entertains frequently, Locke is not one to host impromptu get-togethers. “For me, so much of the fun is in the planning, overseeing every last detail, putting together the most interesting mix of people, and brainstorming the menu,” she says.

On this day, a seated Sunday lunch on the side porch is in order. Twelve friends arrive to explore the garden with a glass of wine in hand, before sitting down to a meal that Locke has prepared using the bounty outside her back door. Her prized hens have produced the main ingredient for the shakshuka (baked eggs on a bed of spicy tomato and pepper sauce); fresh asparagus has been roasted; and rhubarb harvested just this morning has been transformed into dessert—a rhubarb and strawberry crisp. 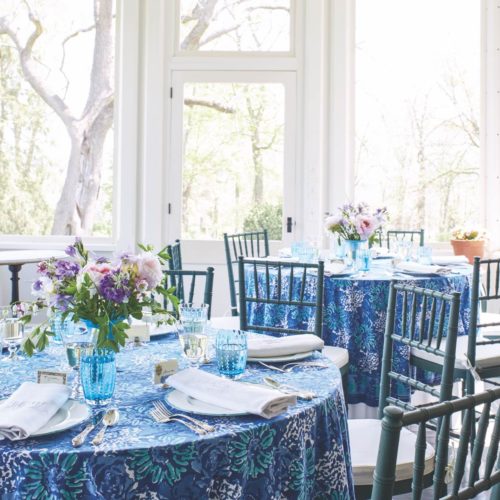 However, as much as Locke loves to cook, she believes it’s the environment and the conversation, rather than the food, that people will remember the most. Thus she has put equal care into the table settings, dressing the porch with exuberant tablecloths found in India; painted ballroom chairs; color­ful flowers from the garden; and her antique Minton china, monogrammed linens, and repoussé silver. 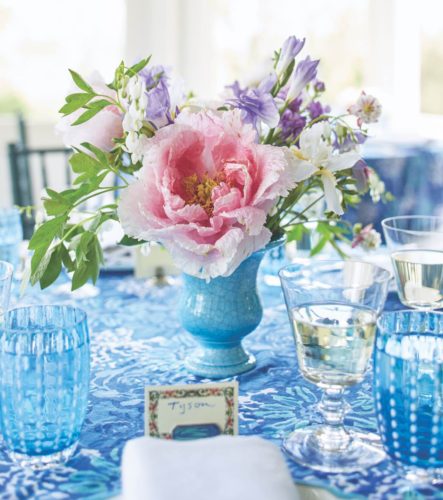 The final effect is indeed memorable—a cheerful ode to spring that is as strik­ing and elegant as Elizabeth’s own jewelry designs, which she and several of the female guests are wearing. 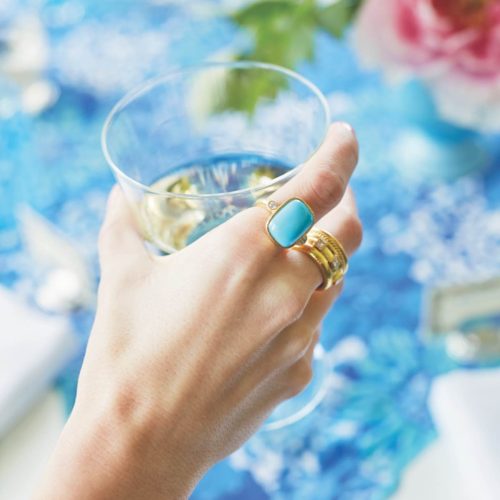 A life in jewelry design was not originally part of Locke’s plan. But a number of years ago, while on a writing assign­ment for Town & Country magazine about shopping in Bangkok, she discovered a group of artisans hammering and handcrafting gold jewelry. “It was so beautifully made, but the end result was less than lovely,” she says, “and I thought I could design better.” Soon after, she set off for New York to study gemology and, after borrowing money from her father­in-­law for start­up costs, returned to Virginia to forge a new career. Now, almost 30 years later, she works with the same goldsmiths in Thailand, trekking there several times a year to supervise the making of her designs—bangles, pendants, rings, and earrings in 19­ karat gold fashioned with bold cabochon stones and one­-of­-a-­kind elements such as antique micromosaics and Venetian glass intaglios. 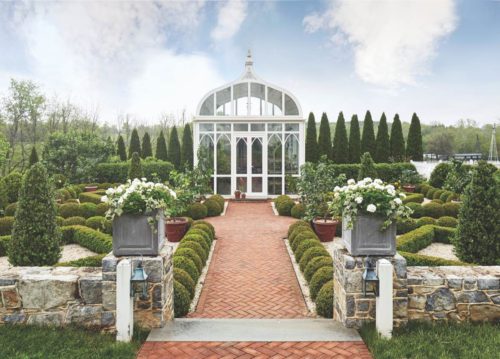 A 19th-century-style greenhouse is the focal point of Elizabeth Locke’s garden.

When she’s not on a plane bound for Southeast Asia; travel­ing around the States for trunk shows at the exclusive shops that carry her line; or at work in her own boutiques in Boyce, Virginia, and Manhattan, you can often find Locke out in the garden. 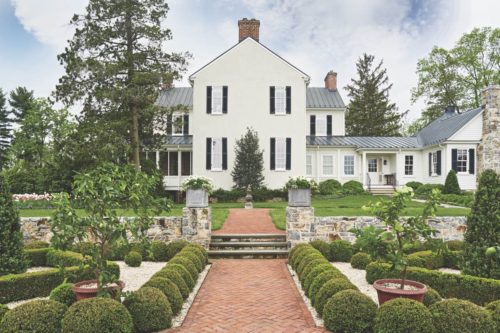 Clay Hill, the 1816 Federal-style farmhouse and grounds that Locke and her husband, John Staelin, own in Virginia hunt country.

She’ll be inspecting to see what vegetables are thriv­ing and which flowers are in bloom, and no doubt plotting future projects in the garden, as well as the next party.