These fine dining establishments, including two top luxury hotels, take farm-to-table to the next level with fields, orchards, and edible landscapes just a stone's throw away 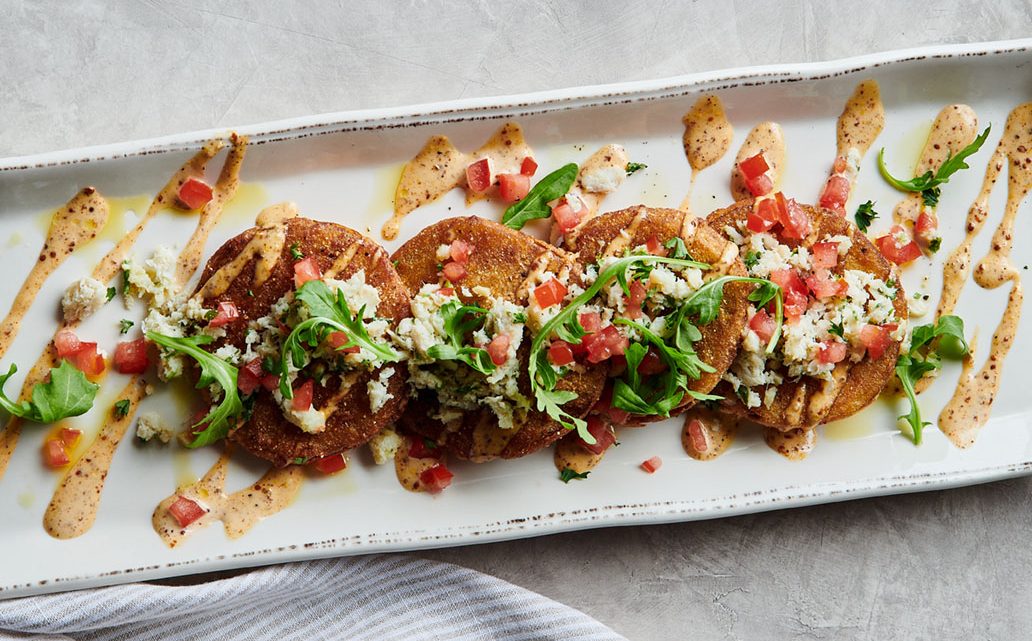 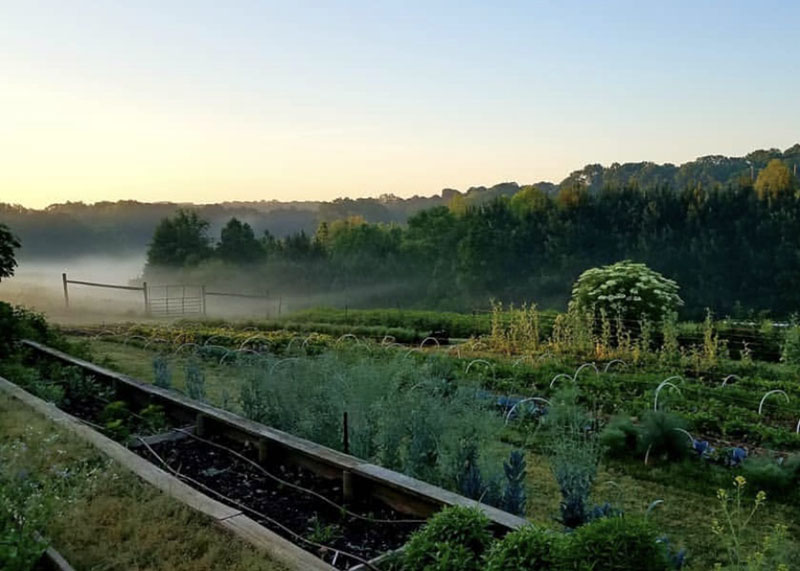 One Oak Farm at the Umstead Hotel & Spa in Cary, North Carolina, grows ingredients for the hotel’s world-class restaurant, Herons.

Herons at the Umstead Hotel & Spa

Less than a mile from the luxury accommodations at the Umstead Hotel & Spa, One Oak Farm cultivates two acres of sustainable farmland. The culinary farm is devoted to organic practices, removing weeds by hand and naturally developing the soil. It grows everything from micro-greens to heirloom tomatoes. Fruit trees, a recent addition to the farm, include apple, apricot, and fig trees, as well as blueberry bushes. When guests dine at the hotel’s restaurant, Herons, they enjoy not only the harvest of One Oak Farm but also the impeccable fare of Chef Steven Devereaux Greene, a three-time James Beard Best Chef: Southeast semifinalist. Lauded by Condé Nast Traveler, Travel + Leisure, Southern Living, and Food & Wine, Herons has earned Forbes’ Five-Star rating and AAA’s Five Diamond Award, most recently for 2019. 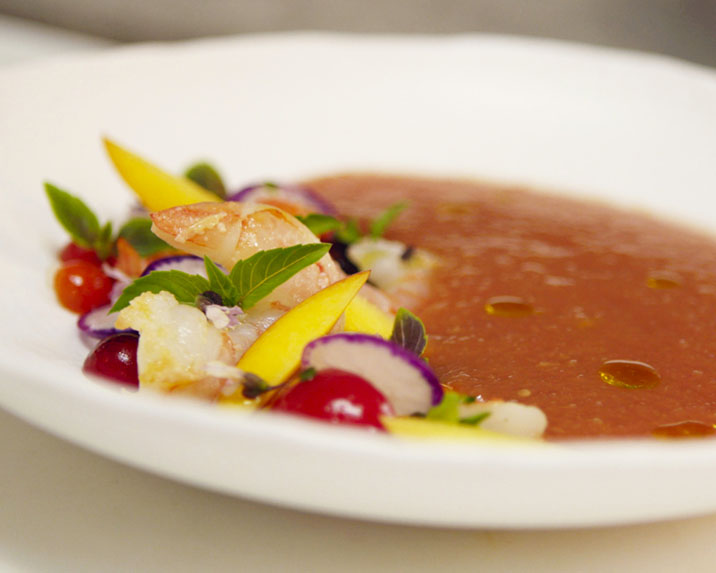 “Growing up in South Carolina, peaches were my favorite fruit during the summertime, and I wanted to create a soup that was refreshing and also savory during the summer months. The pickled shrimp salad adds an extra burst of flavor and offers another way to utilize a great local ingredient from the North and South Carolina coast.” — Chef Steven Devereaux Greene

Capitol Grille at the Hermitage Hotel 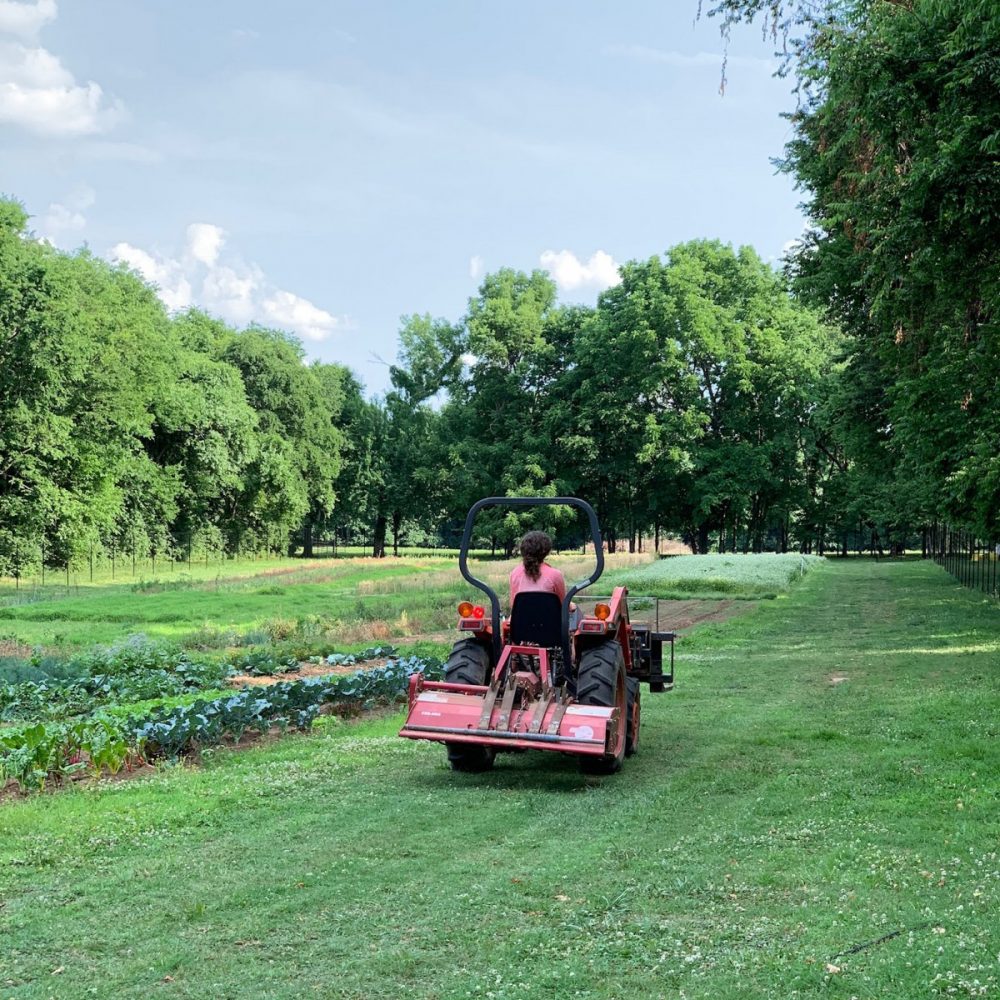 With the Garden at Glen Leven only 15 minutes from downtown Nashville, urban diners at the Hermitage Hotel’s Capitol Grille enjoy the finest local heirloom produce in the land.

You might not expect a hotel located in the heart of downtown Nashville to run its own heirloom garden based on century-old farming practices, but the Hermitage Hotel does. Only a short distance away, the Garden at Glen Leven grows a mouthwatering array of fruits and vegetables. Heirloom varieties of corn, watermelon, thyme, basil, pumpkins, beets, carrots, turnips, and kale all make their way onto the menu of the hotel’s Capitol Grille, a beloved Nashville dining spot since 1910. Another reason to visit: The Hermitage Hotel is Tennessee’s only Forbes Five Star hotel, and it partners with the Land Trust for Tennessee to support the conservation of over 85,000 acres of land. 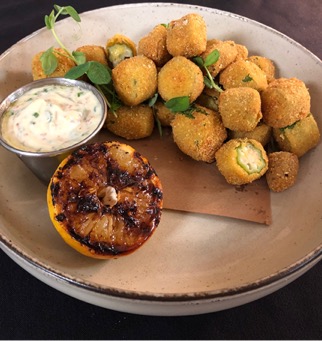 “We wanted to showcase the heirloom okra from The Hermitage Hotel Garden at Glen Leven Farm. One of the traditional ways to present that is marinated in buttermilk, dredged in cornmeal, and then fried.” — Chef Derek Brooks 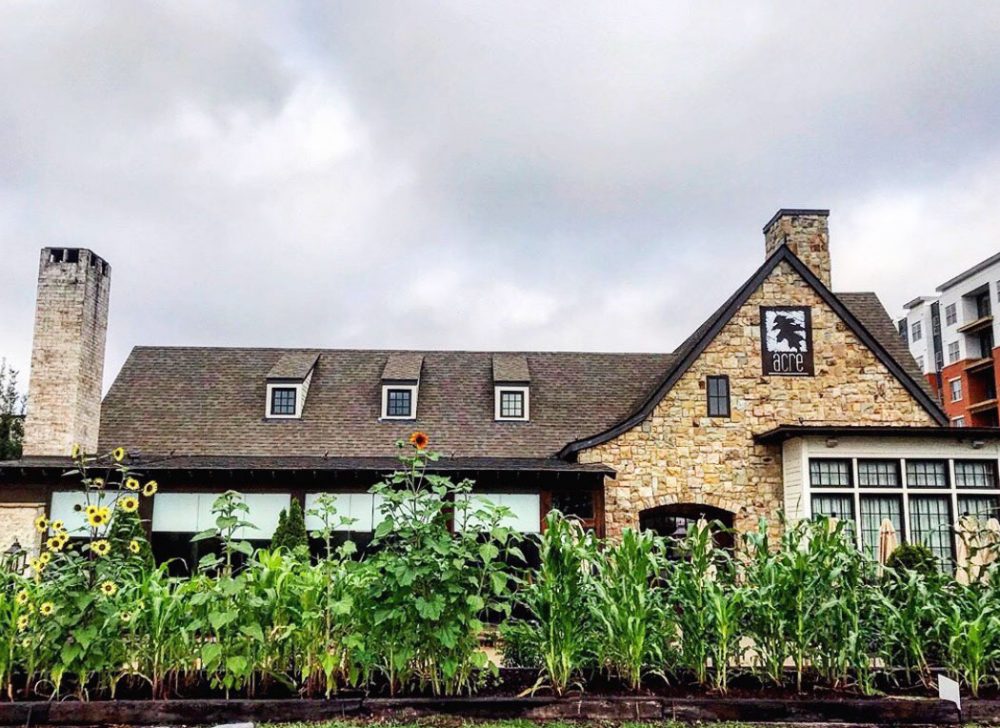 Headed by Chef David Bancroft in historic downtown Auburn, Alabama, Acre’s name pays homage to the acre of land on which the restaurant stands. The surrounding edible landscape of peach trees, rows of corn, “gas station blueberries,” and an abundance of herbs and other produce fills the changing seasonal menu of “stylishly modern food with roots deep in Southern soil.” Bancroft is a four-time James Beard Best Chef: South semifinalist. 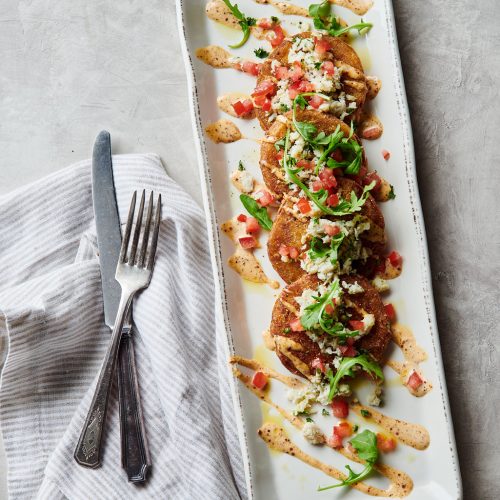 “Everybody loves fried green tomatoes in the South, but especially our farmers. Picking green tomatoes totally removes the pressure of battling the elements while waiting for the perfect vine-ripened tomato. Cracks, splits, pests, blossom end rot—all avoided if you pick ’em while they’re green! It also creates a very quick and steady harvest for local growers or the home gardener.” — Chef David Bancroft

Next post Best Pumpkin Varieties for Decor (and Cooking)

Travel by Tastebuds: Elvie’s in Jackson