A Visit to the Farmstand at Edgewater Farm

A New Hampshire farmstand elevates the ordinary into captivating displays of fresh vegetables and fruits that are irresistible to the eye and the palate
Blooming pots of zinnias brighten a display of fresh bread and other kitchen treats at Edgewater Farm’s farmstand.

The field team at Edgewater Farm has already been working for several hours when the farmstand staff arrives at 8 a.m.

The river might buffer the farm from early frosts, but still, Plainfield, New Hampshire, is downright chilly from September onward. Bundled in wool from their snug hats down to their wool socks, with plenty of sweater layers in between, Allie Boeri and her farmstand coworkers can see their breath come out in cloudy puffs as they face bushels of freshly picked produce waiting to be transformed into displays that tantalize customers.

Sacks spill with ears of corn, ripe heirloom tomatoes blush from their boxes, homegrown pumpkins overflow from heavy crates, and ripe succulent figs from the greenhouse are gingerly lined up to prevent bruising. It’s all poised to be presented to the public.

Each morning, Allie and her crew unleash their creative juices to transform the farm’s harvest into artwork that no one can resist. The night before, produce is sorted, stored, and refrigerated if necessary, and every surface is wiped clean. Imperfect produce goes to the kitchen to be made into relish while a nonprofit collects surplus to redistribute.

The next day, starting from scratch, the design process begins anew, with the freshly picked harvest joining the bounty from refrigerators. In the two hours before customers burst through the doors, Edgewater Farm pulls from their creative core to make that food sing. The goal is to arrange the vegetables with the same flair that founder Anne Sprague channels when pulling together bouquets from the field.

Edgewater Farm owes its bounty to the dreams and determination of Anne and Pooh Sprague, who originally bought the farm in 1974. The childhood sweethearts met at a 4-H event, dated through college, married when they graduated, and bought land the moment they were able. The farmstand came 10 years later, after they dabbled in pick-your-own strawberries and a series of other farming ventures with an eye toward securing their family’s future.

“When a friend suggested that selling corn from our tailgate would put the kids through college, we lined up 100 bushels a day to make that dream happen,” Anne recalls.

Working on the family farm wasn’t really in daughter Sarah Sprague Houde’s game plan when she graduated college in 2010 with a degree in political science. Instead, she wanted to get some wanderlust out of her system before exploring what her degree would bring. But she needed traveling money. “Let’s go to your home in Plainfield for the summer, work at the farmstand, live in the cabin by the river, and save our earnings,” a friend suggested. Sarah never left.

Instead, she managed the farmstand for many years, launching the tradition of displaying produce with panache. Using weathered Campo de’ Fiori terra-cotta pots, baskets, gleanings from local auction galleries, and anything else that sparked her ingenuity, she elevated the fruits and vegetables grown in the surrounding fields. “The clay pots are simple and elegant,” Sarah says. “They don’t compete with the beauty of the food.” By autumn, when the produce is rolling in by the bushel, everything looks good enough to eat, and then some.

Sarah now divides her time between managing the farm’s greenhouses and raising her young family. Meanwhile, Allie spearheads the farmstand’s styling. The whole farm crew begins the year working together in the greenhouses before fanning out into their varied farm duties. Not only do they strike rapport in the greenhouses, but they also gain from a rich cultural exchange. Recipes from around the world are shared, ideas bake, and dialogue flows.

“There’s a sadness when we all split off to our separate duties,” Allie says, “but the collaborative spirit we’ve created keeps going strong.”

The farmstand earns a standing ovation from everyone. “A lot of aesthetically minded people feed into this,” Sarah says. “The look has evolved, but it’s basically about playfulness and fun.” Allie adds a nod to the fertile fields that feed their imagination: “By autumn, there’s so much produce, we’re almost giddy.” 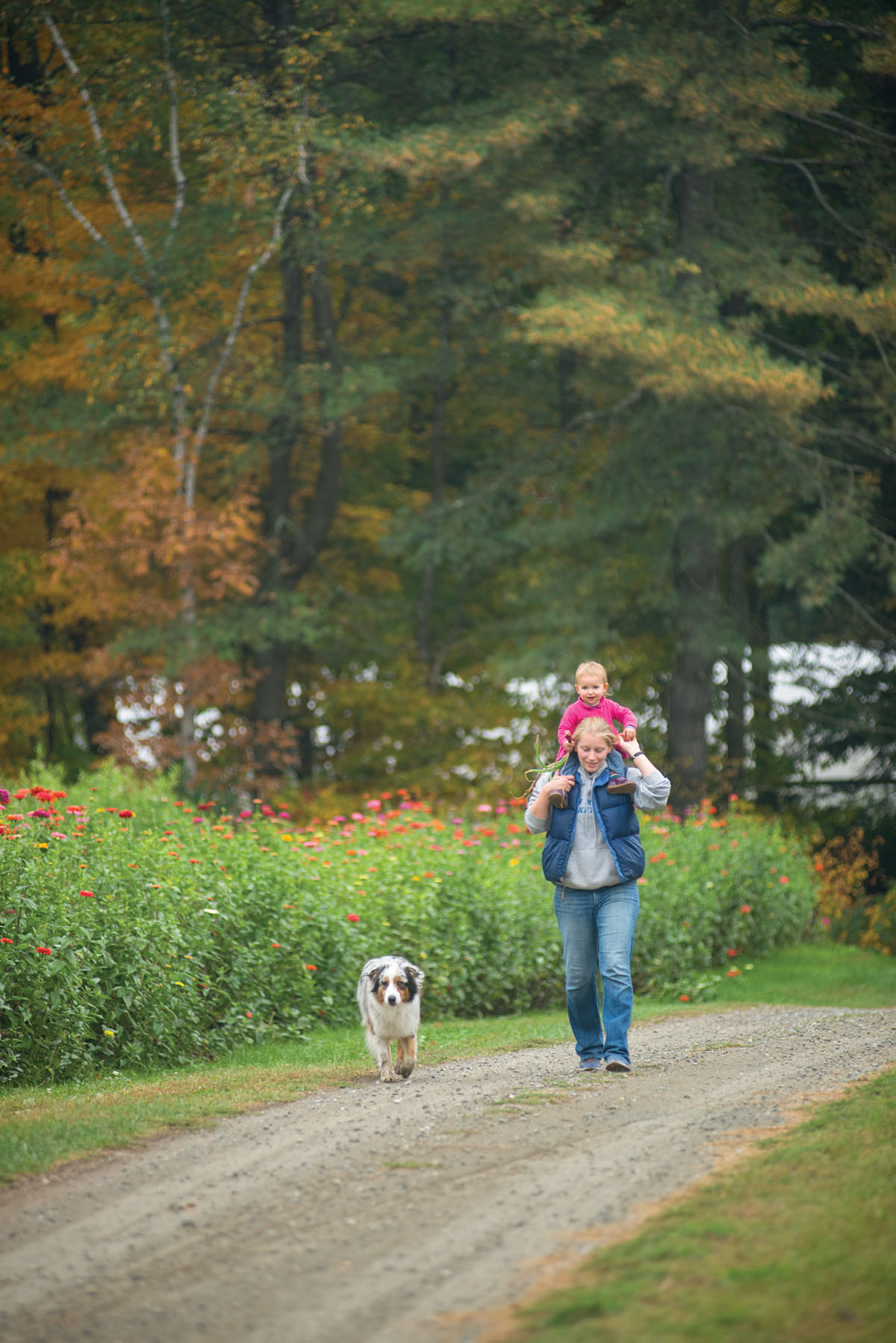 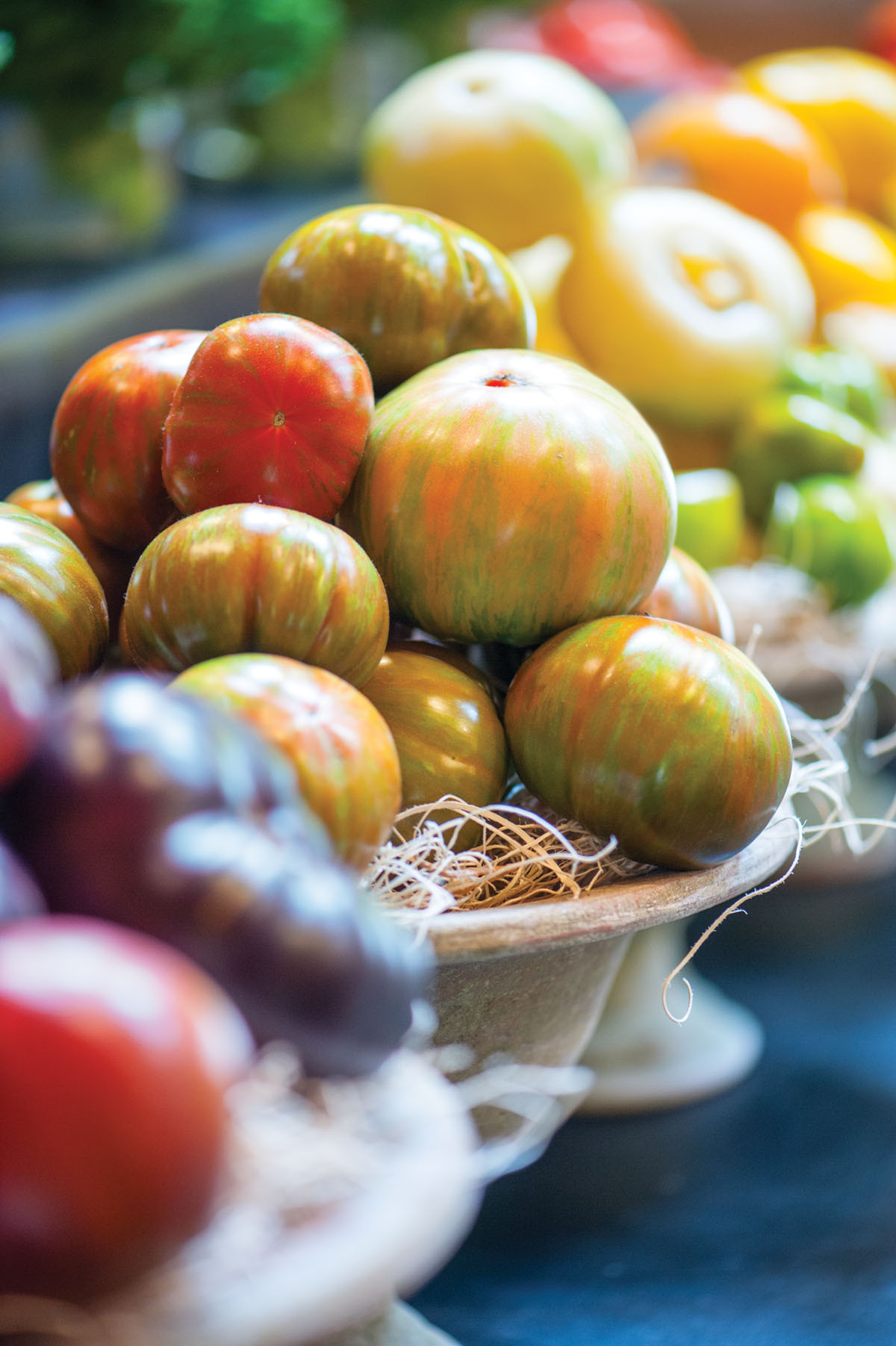 Displayed in Campo de’ Fiori terra-cotta containers, heirloom tomatoes of all descriptions are bedded in straw to prevent bruising. 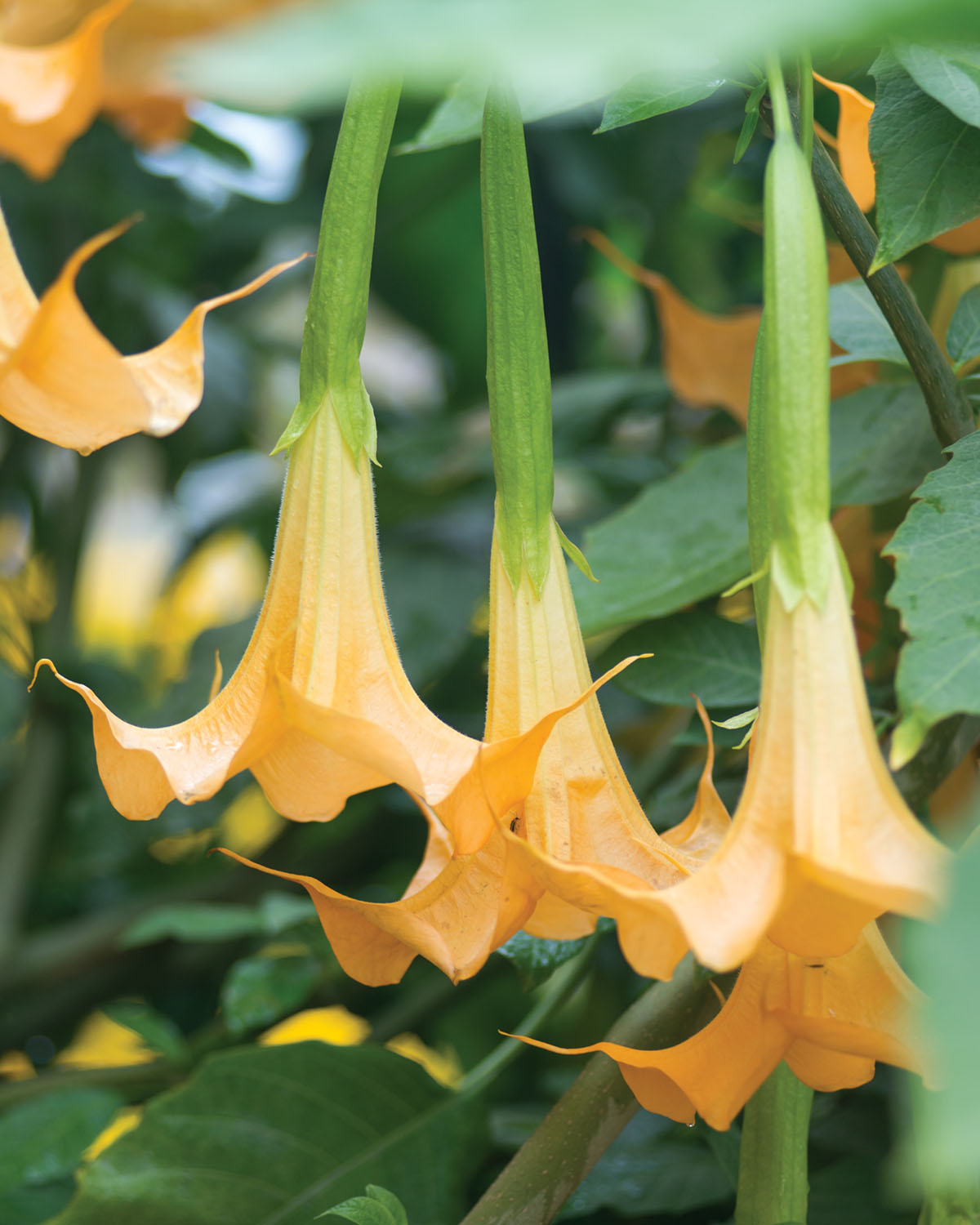 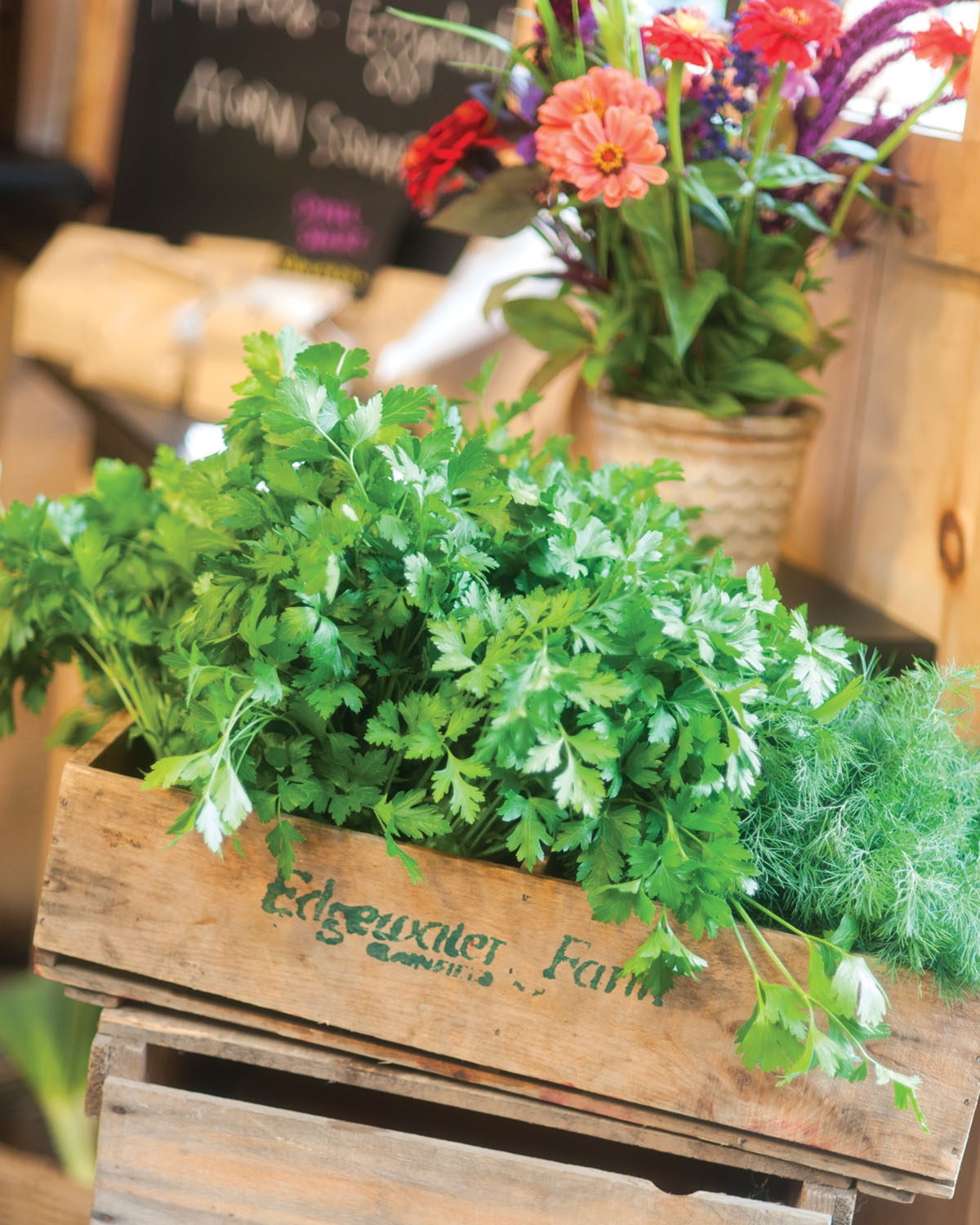 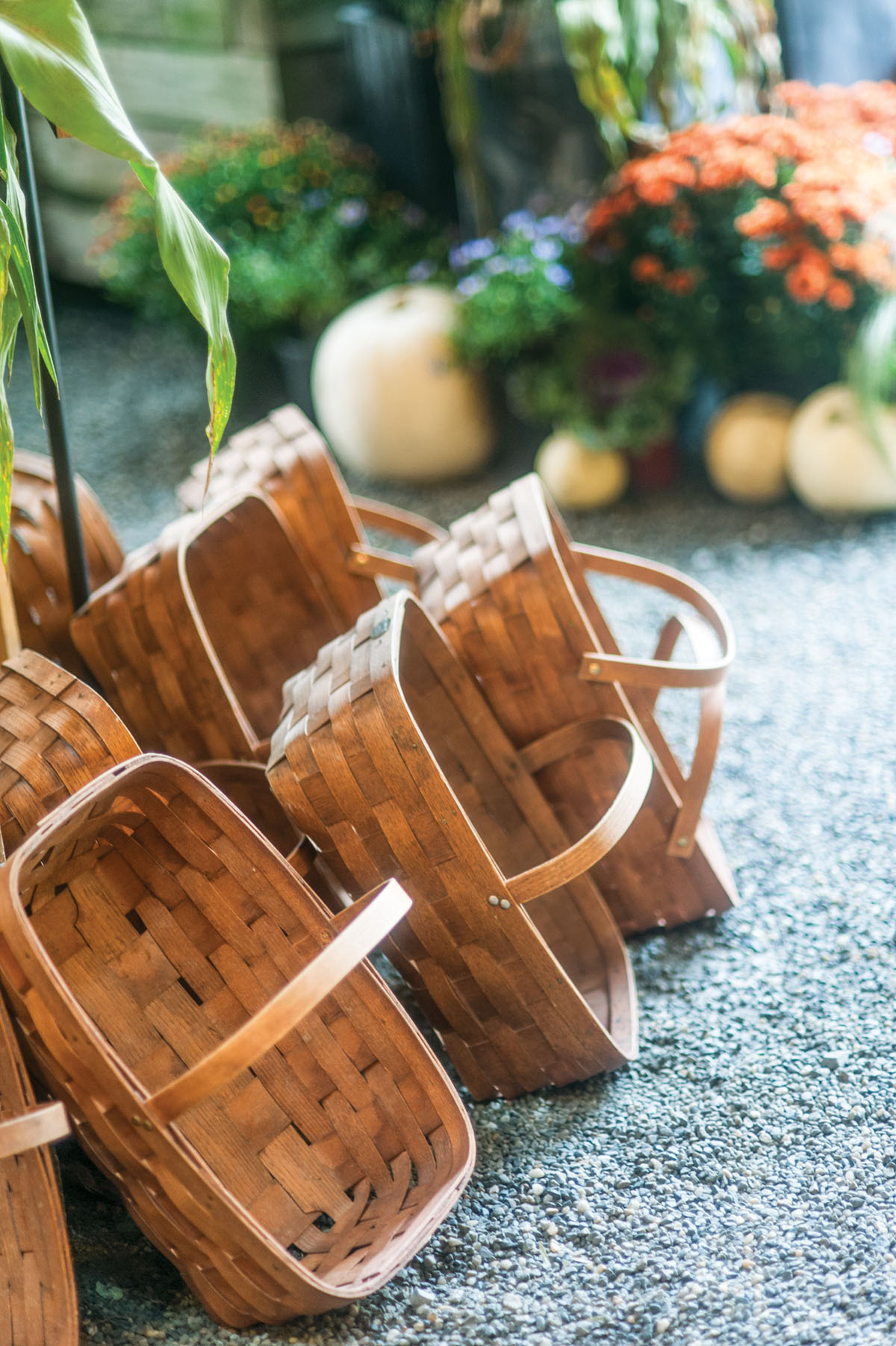 A display of woven produce baskets 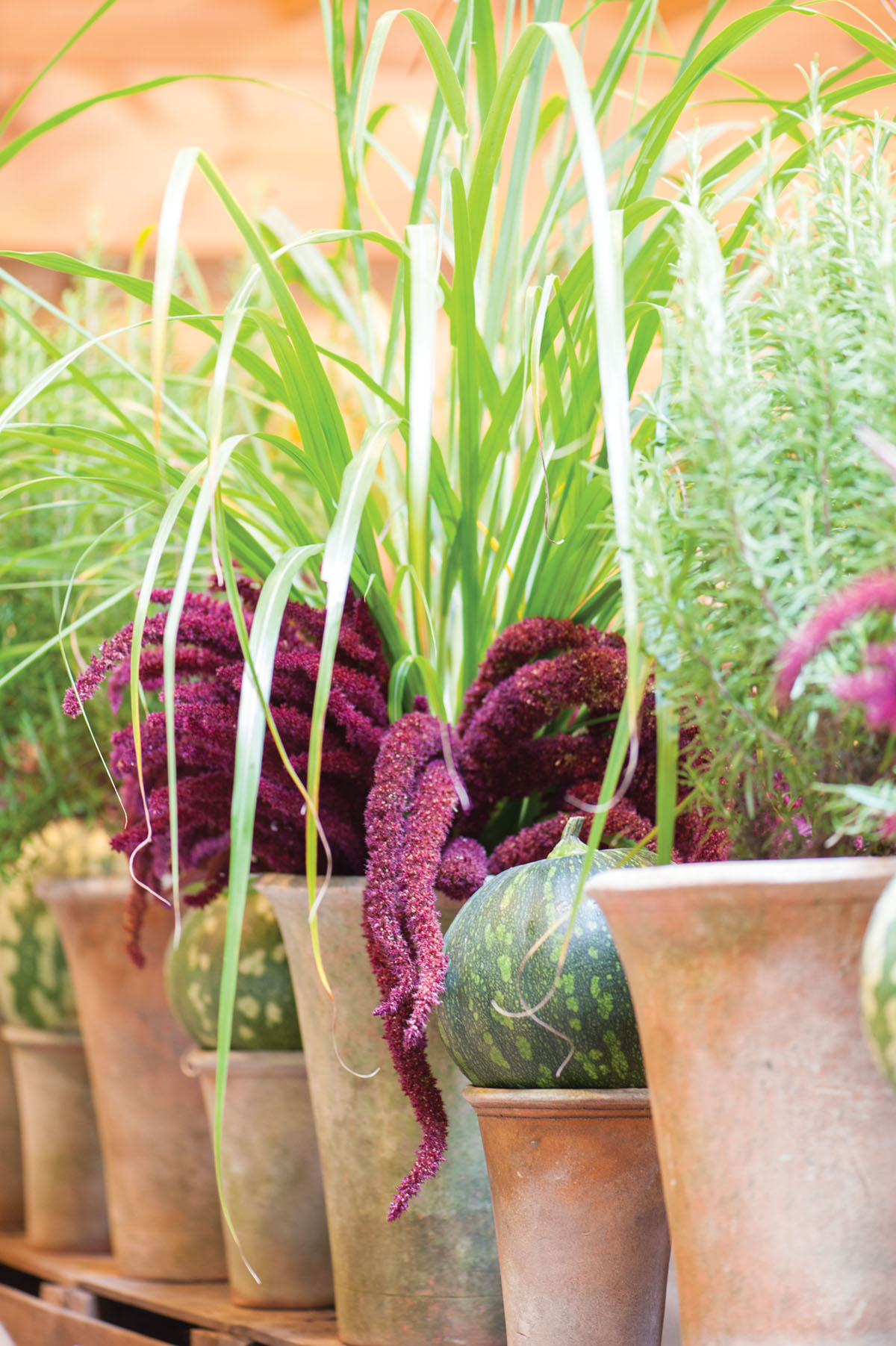 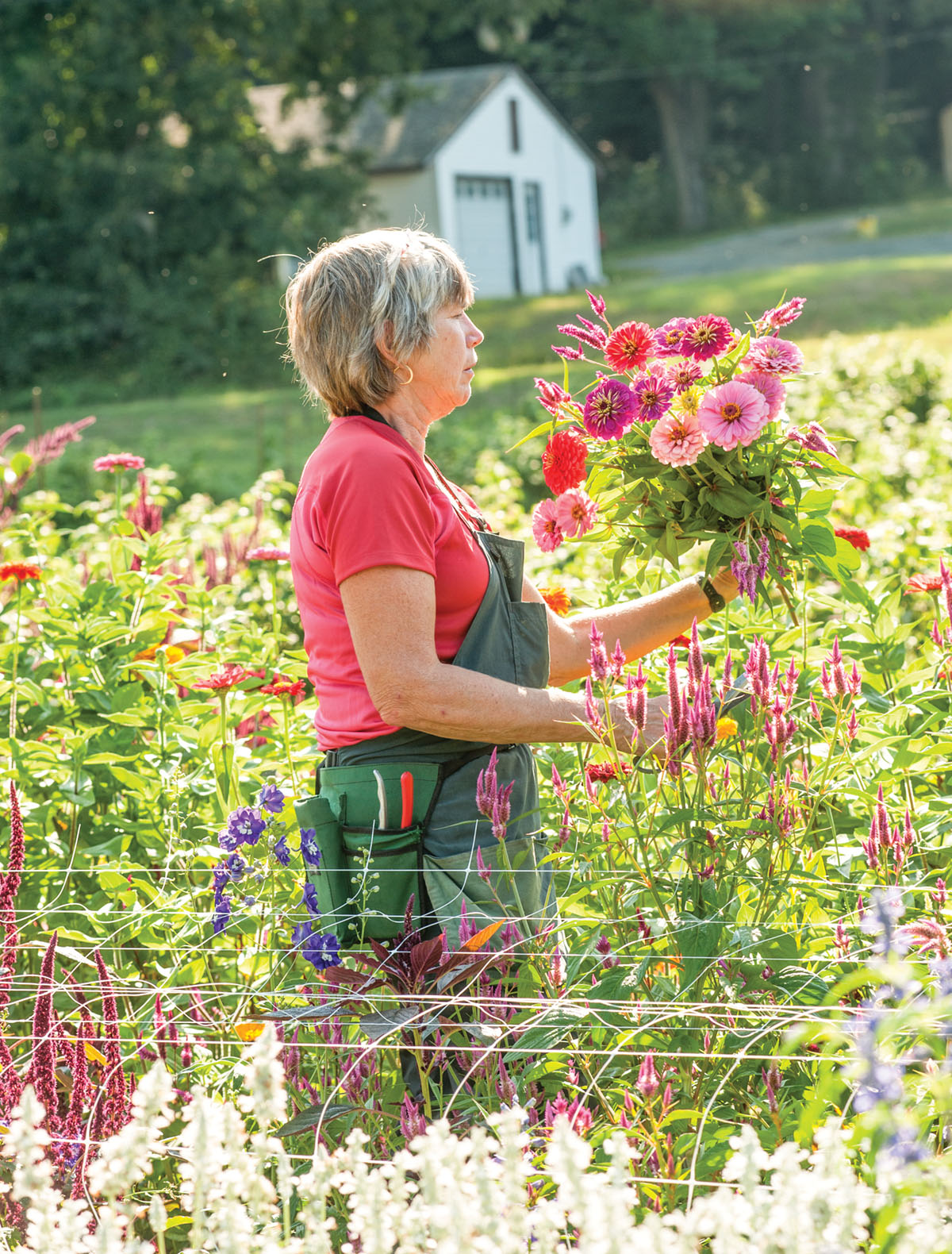 Anne crafts a zinnia and celosia bouquet in the cutting field. 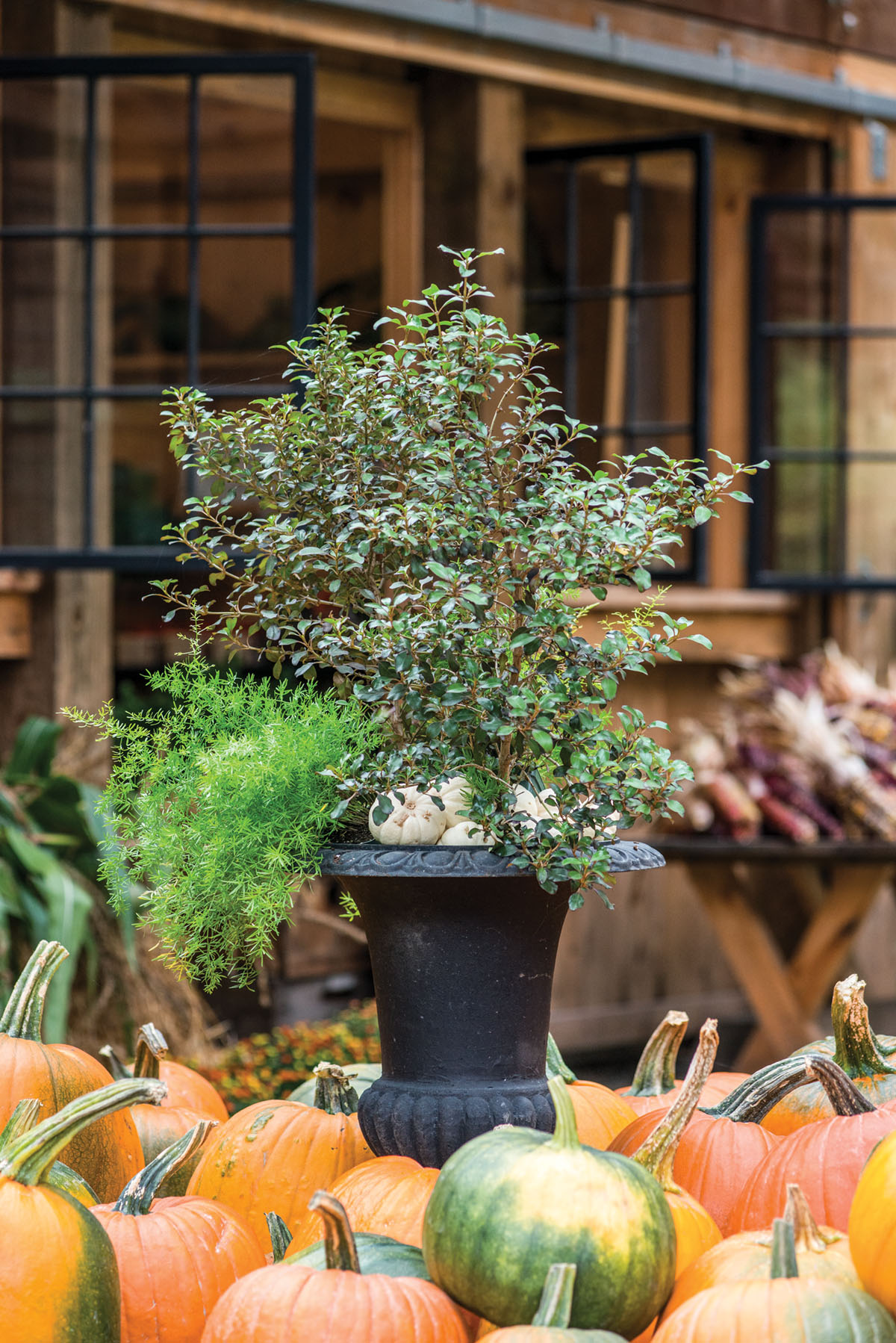 This story appears in Flower magazine’s September/October 2021 issue on newsstands August 31. Subscribe or find a copy in a store near you.