The Colony Hotel is one of those storied places that is the essence of Palm Beach chic. Opened in 1947, it has an ideal location—steps to the famed shopping of the city and the Atlantic Ocean while the pink exterior seems perfectly suited within the palm trees and beach scenery.

The hotel closed last March due to the coronavirus, and during that time, it went through many renovations, including the lobby, which is now referred to as “The Living Room”—a destination designed for intimate gatherings in a home-like setting. In collaboration with Colony owner Sarah Wetenhall, local interior designer Mimi McMakin of Kemble Interiors Inc. and her associates Cece Bowman and Mackenzie Hodgson, and the scenic wallpaper firm de Gournay, a custom wallpaper design, aptly named the ‘The Colony,’ made its debut.

The team was inspired by the original mid-century mural that adorned the lobby when it was first opened. The new wallcovering is painted on a pink Edo Xuan Paper and includes flora and fauna indigenous to South Florida. Hand-painted characters include flamingos, alligators, panthers, and the Colony’s monkey mascot, ‘Johnny Brown’—all speaking to the wit and whimsy of the legendary hotel.

“One of the most important aspects of designing the new living room and mural with Sarah Wetenhall and the artists of de Gournay was authenticity. Each flower from hibiscus to brugmansia—fondly referred to locally as Angel’s trumpet—was carefully chosen,” says Mimi. “The mural is the story of a day in the life of the Colony Hotel’s so-named ‘Pink Paradise’ and we went to great lengths to personalize each detail. Flocks of wild green parrots actually do fly here, and we have depicted one perched over a nest filled with a child’s playful Easter eggs,” says Mimi. Other details include flying fish soaring over friendly alligators that snooze unaware of the butterflies that flutter over their heads.

For the rest of the interiors, McMakin repeated the colors of the ‘Pink Paradise’ in the soft furnishings. “We wanted the décor to be a part of the story as well and have it waiting for a guest to snuggle into,” says Mimi. “A backgammon table designed with polo mallets as the points adds to the conviviality of this friendly living room—our dream was for anyone entering the room to feel welcomed and enchanted at the same time.” Mission accomplished. The hotel is reopened and ready for guests, thecolonypalmbeach.com. 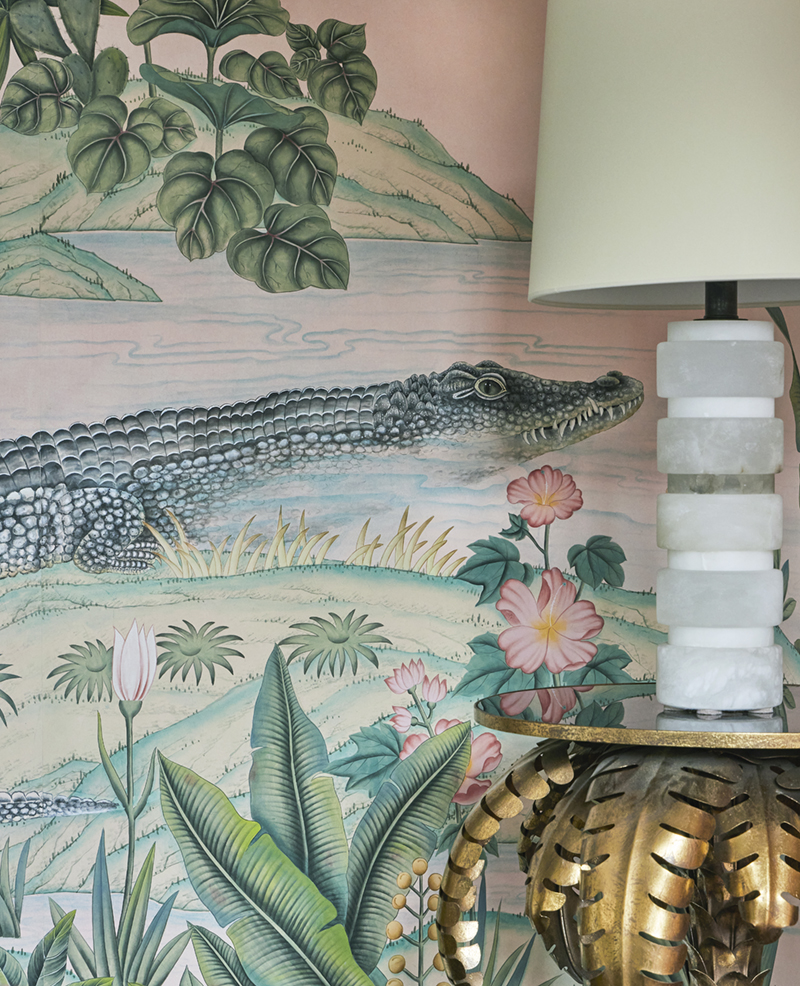 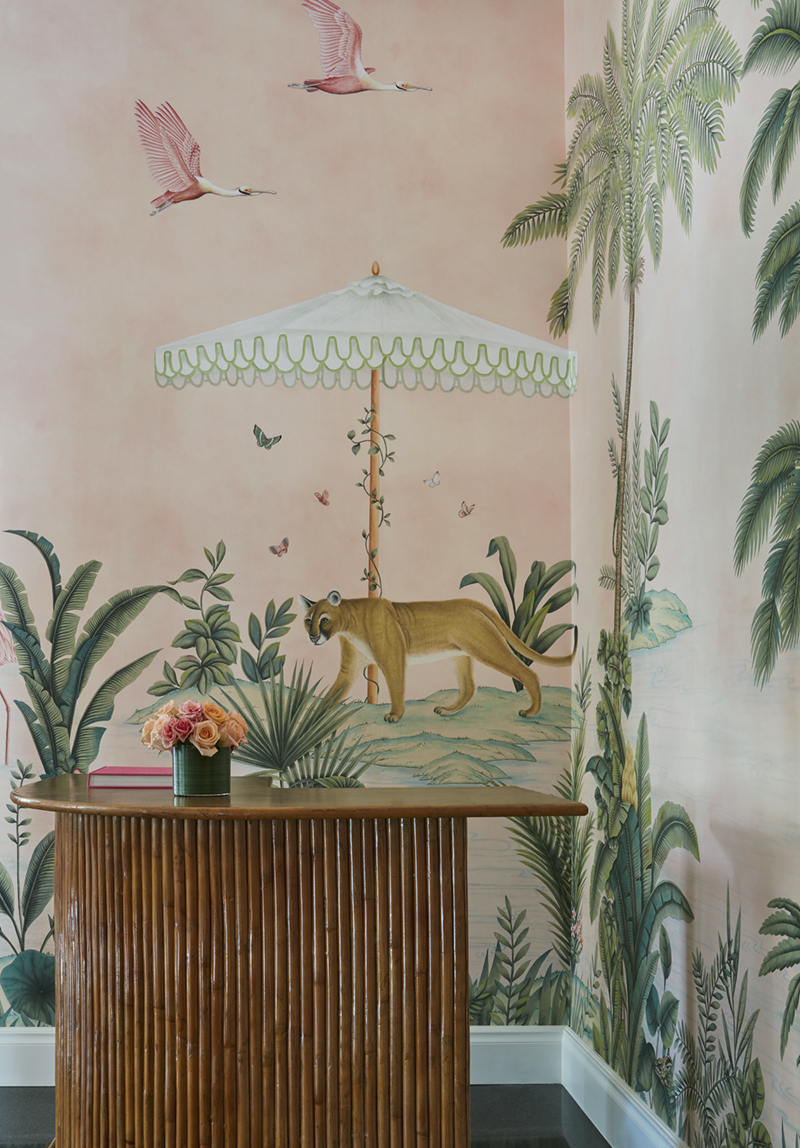 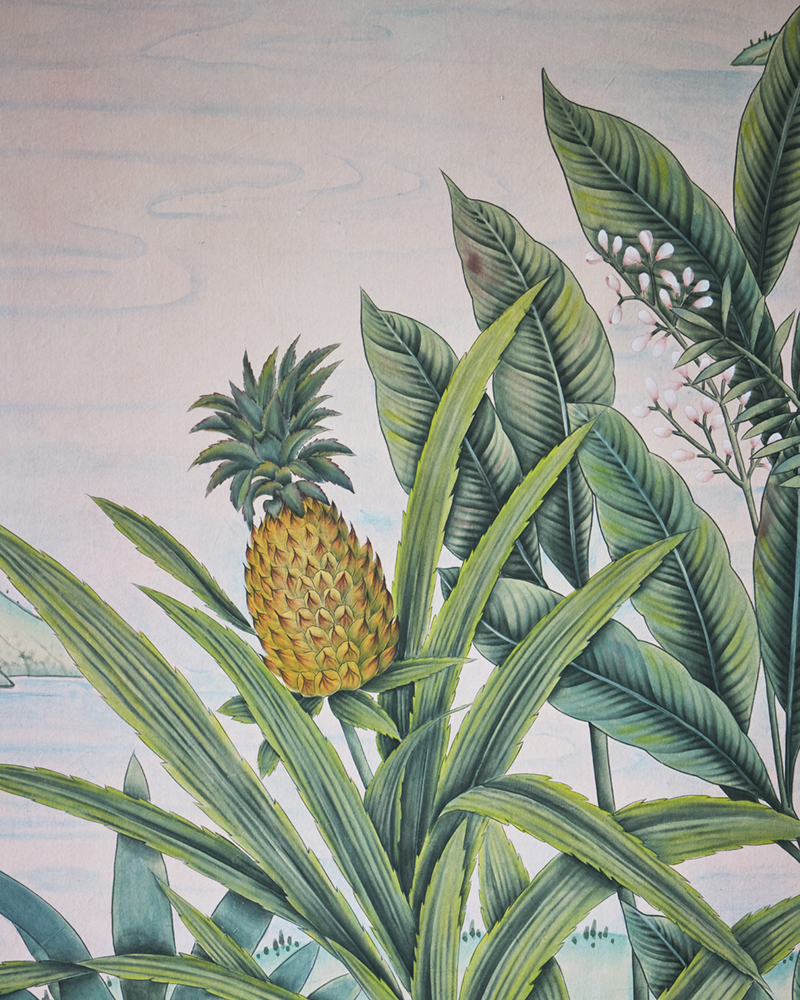 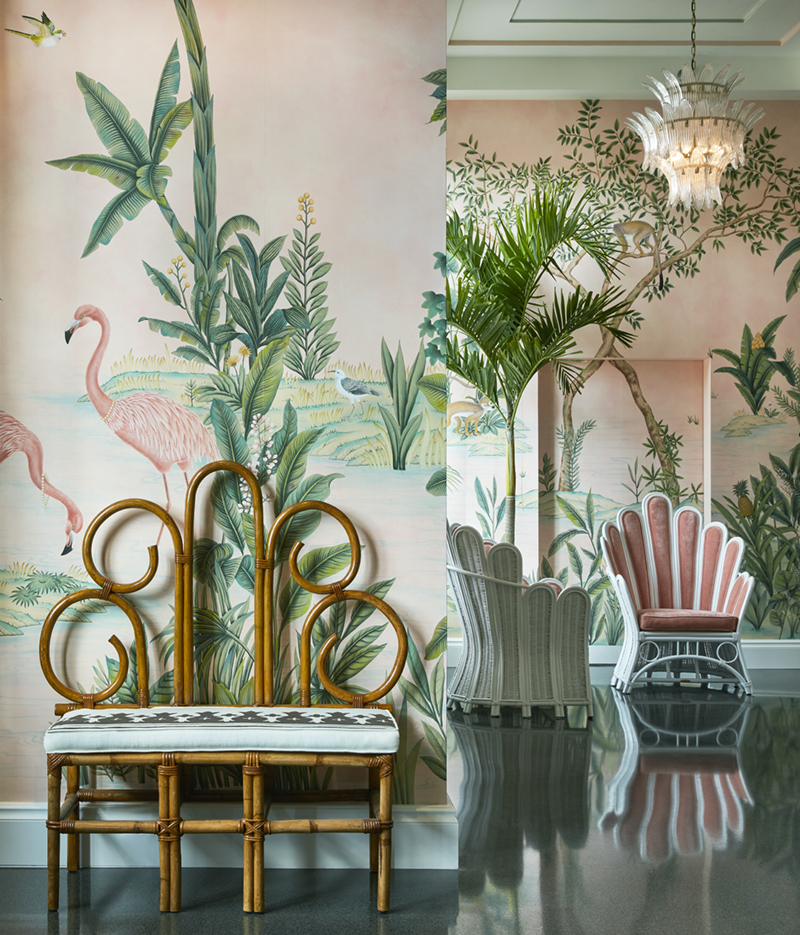 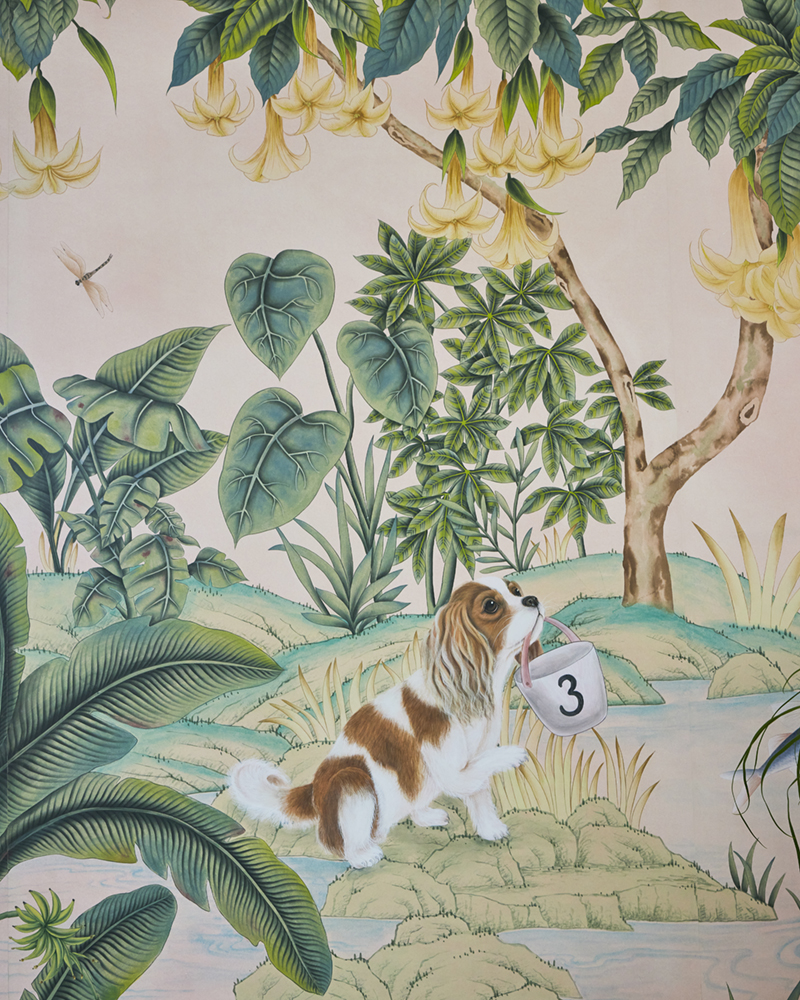 Sources for The Colony Hotel’s 2021 Renovation

For more news, web exclusives, and Flower magazine favorites in your inbox, sign up for our free newsletter.