Color may be the first thing you notice when you step into a room designed by Ashley Whittaker, but on closer inspection, there’s more to her sophisticated style than a few spins of the color wheel 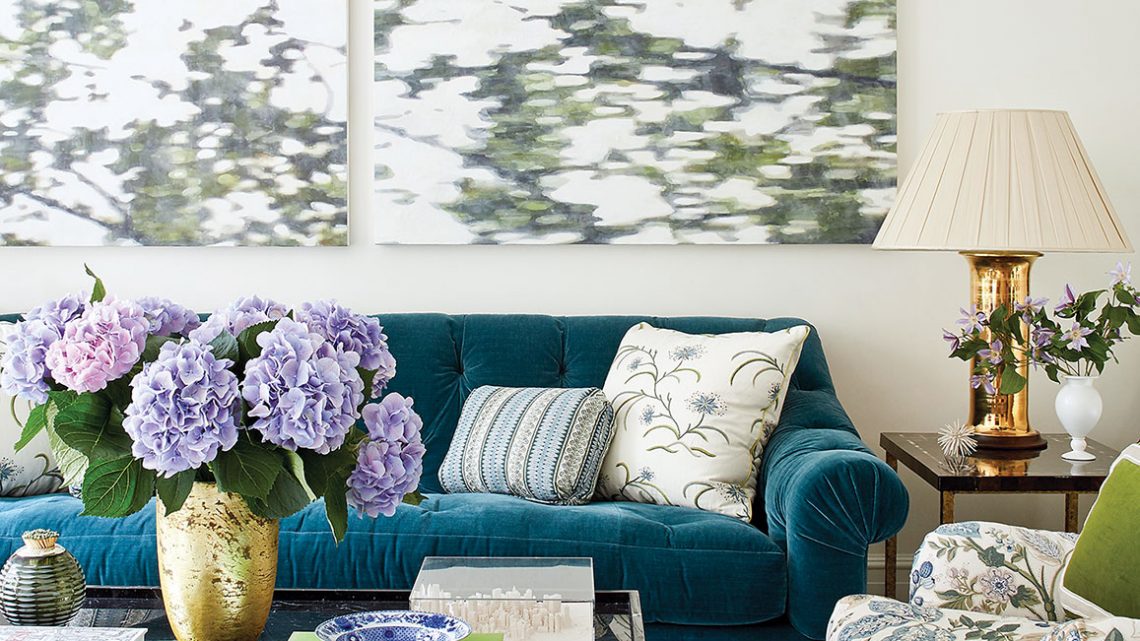 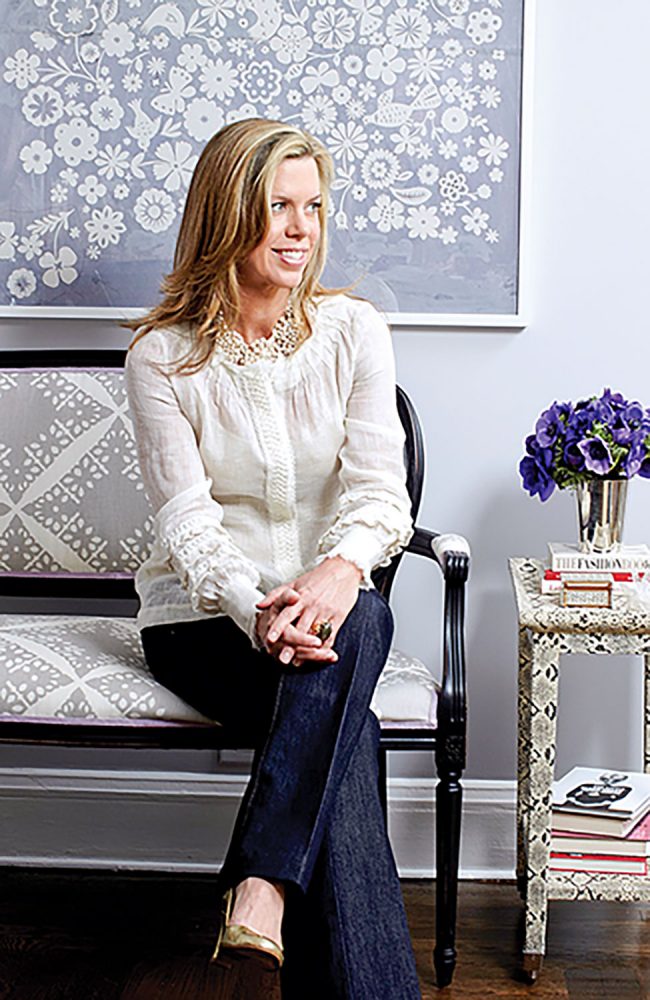 “I don’t think of color as being my calling card, but when you look at my work, it’s there,” says New York interior designer Ashley Whittaker. Though she swaths rooms in everything from pale blues and greens to rich chocolate and cranberry, she insists that color is only one part of creating a successful design. “Anyone can have a blue-and- white room,” says Whittaker, “but you also need layers and depth through a balance of different vernaculars, textures, and interesting accessories.”

Whittaker prefers the concept of balance over mix. She says it’s easy to have a mix for the sake of a mix, but real balance is a studied composition of old and new, fabricated and customized, color and texture. The keys to achieving it? A clear knowledge of the history of design and a vision for how a room will live—advice she received early in her career when she was working with decorator Markham Roberts.

“He stressed the importance of understanding the fundamentals of architecture, interiors, and furniture design,” Whittaker says. “Some people get caught up in smaller points, fabrics, this or that, but the whys and hows of design are the bigger questions.”

To answer those questions, Whittaker says she always starts with the furniture plan. “I work with my client to determine how they are going to live in the space and how they plan to entertain,” she says. “Once I understand those things, then I can fill in the rest.” 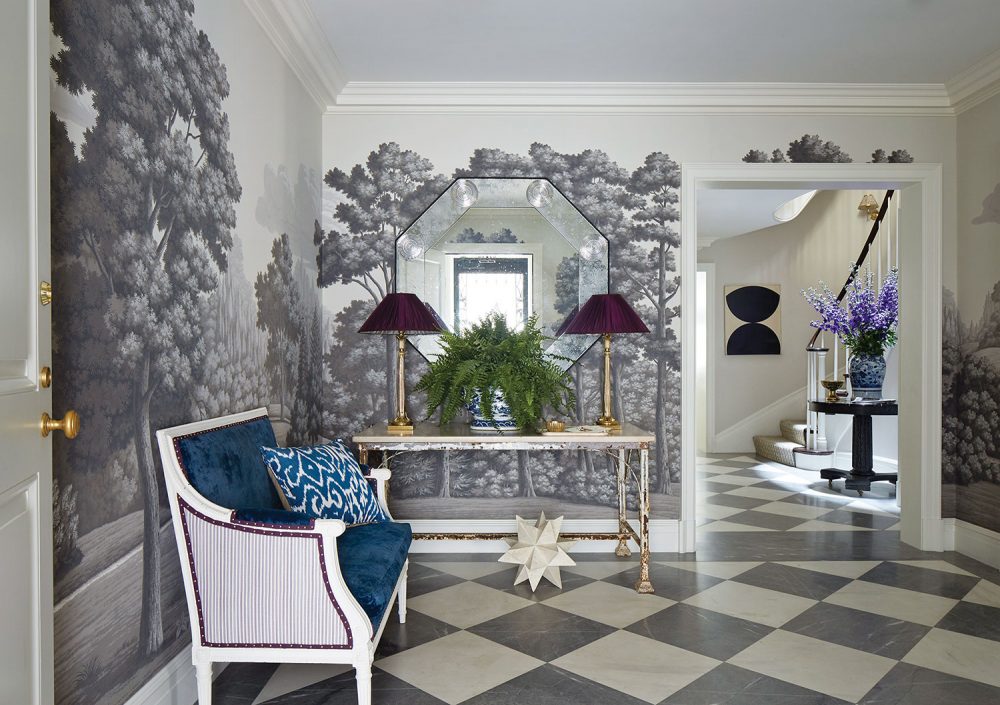 A de Gournay wallpaper brings the English countryside to an Upper East Side entry hall. Silk lampshades, along with the trim on the 1950s settee, introduce a pop of burgundy. The checked floor (statuary honed marble in Blue de Savoie) is a classic choice. Photo by Max Kim Bee

Though she makes it sound simple, her approach—often referred to as neotraditional—is anything but basic. She leans toward Louis XVI, Chippendale, and 18th-century furniture forms for their classic design, and Parsons style for its clean, hard edges. “It’s fun to take something old or antique and make it feel fresh and pretty,” she says. “Take a Napoleon III chair from the 19th-century, for instance, and re-cover it in a Quadrille fabric. The print is updated, but the piece is still grounded in history. It adds a wonderful value for clients, and their story becomes part of its provenance.”

Although Whittaker admits having a preference for antiques, she doesn’t limit her choices. “Even though those things are nearly impossible to replicate, we are seeing some wonderful new things coming out of High Point,” she says. “There are so many antique forms resurfacing in design, and the furniture and accessories market is exploding.” 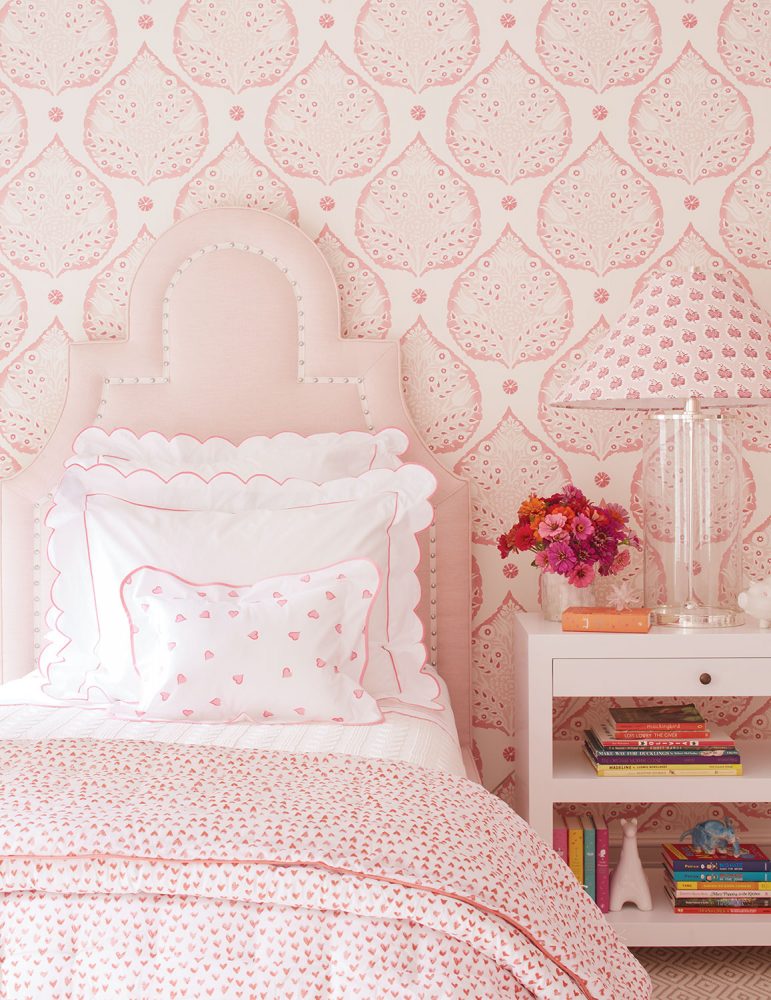 Choosing a singular color in this pink-on-pink bedroom, Ashley Whittaker piled on the interest by playing off shapes and patterns. “The room is enormous,” she says. “The high headboards and the scale of the Galbraith & Paul wallpaper work well with the size of the room. Photo by Max Kim Bee 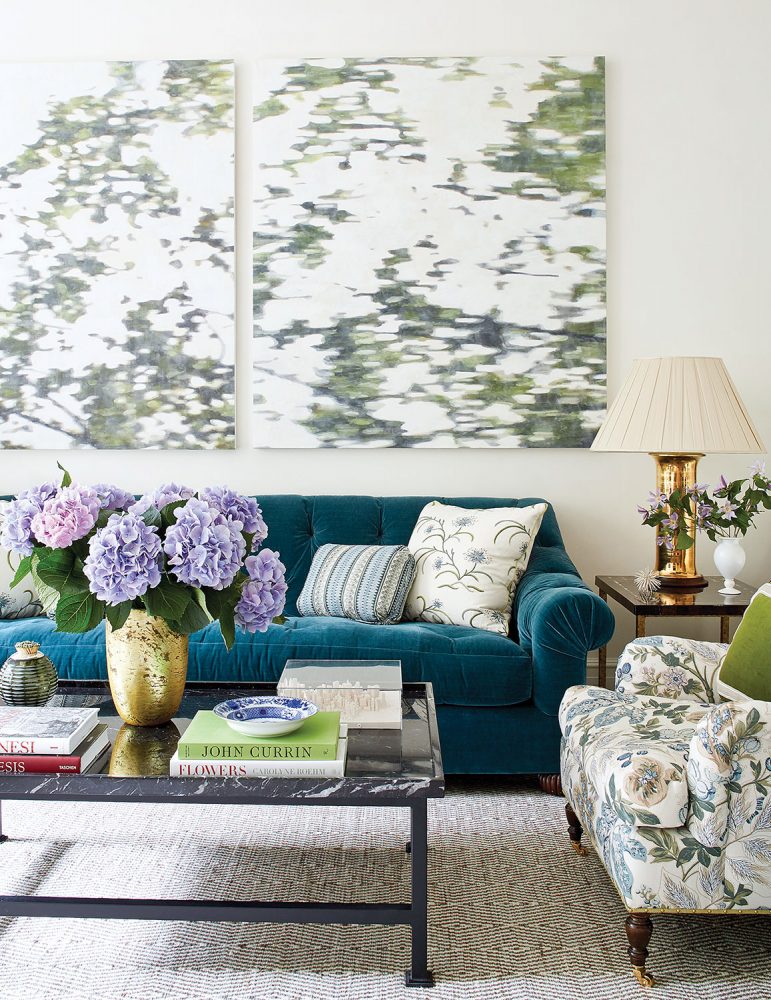 A sofa in a George Spencer cotton velvet grounds the living room of this New York brownstone. For the armchair, Whittaker customized a classic Bennison pattern with a hint of lavender. The diptych is an encaustic by Alex Schuchard. Photo by Max Kim Bee

Just as Whittaker likes to refresh antiques with new fabrics, she often tweaks new pieces to give her client that one-of-a-kind look. “There’s so much customization in design now, it’s almost expected,” she says. “There’s nothing better than finding a discontinued paper or fabric and reprinting it in a new color.”

The designer’s approach to color is part of what makes her spaces inimitable. “Color is the thread that carries the eye from room to room,” Whittaker says. “Sometimes you can look for it in the beginning of a project, but sometimes it doesn’t reveal itself until you are halfway through the planning stages.” 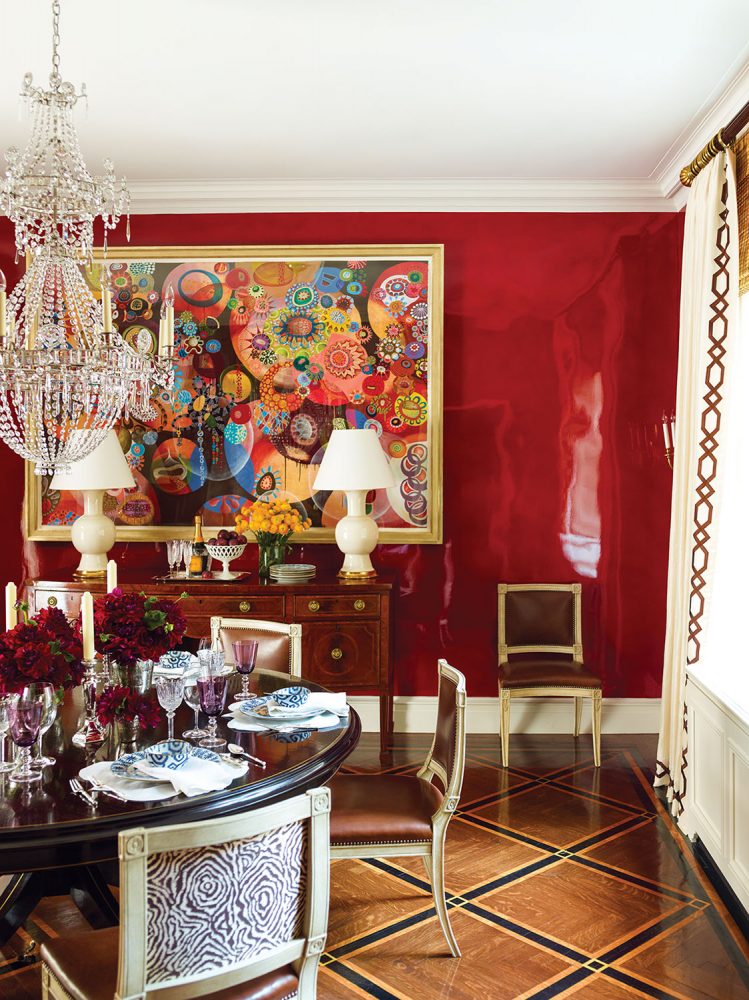 “Red walls and stained floors were typical of prewar New York apartments,” says Whittaker. “We wanted to take that concept and make it the absolute best it could be.” Walls lacquered by Augustin Hurtado are candy-apple red with a shine and finish so rich (and thick, at 1⁄4 inch) you can almost see through the layers when the light shines in. Photo by Erick Piasecki 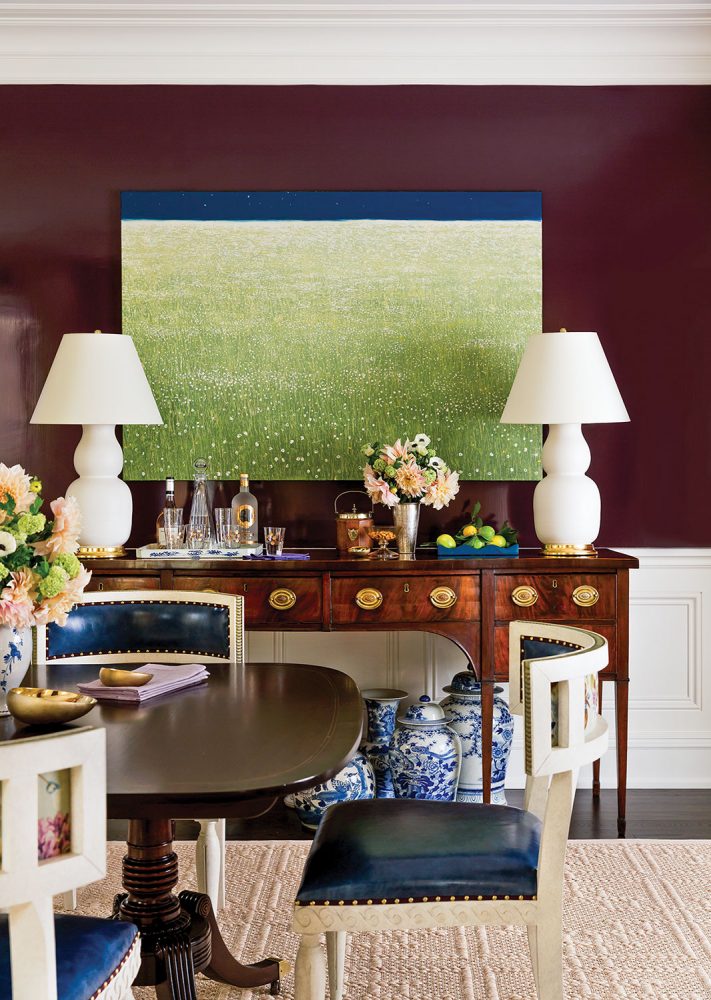 Christopher Spitzmiller lamps stand against aubergine walls in this Connecticut dining room. A painting of a meadow adds a sunny touch. Photo by Read McKendree

A Florida native, Whittaker has always been drawn to tropical colors and botanical prints. For other inspiration, she looks to fabrics, art, and the hand-painted wallpapers she’s so fond of. “Scenic papers from Gracie and de Gournay set up a palette so well. Their details lead us down so many beautiful paths,” she says. “Sometimes you find your lead color in the smallest place—a leaf or flower or the feathers on a bird.” Using that cue, Whittaker splashes the color on walls, upholstery, and accessories, layering textures and introducing complementary tones along the way.

Still, she says, it doesn’t matter how colorful, layered, or carefully planned a space is. “For a house to be a home, it has to be happy.” 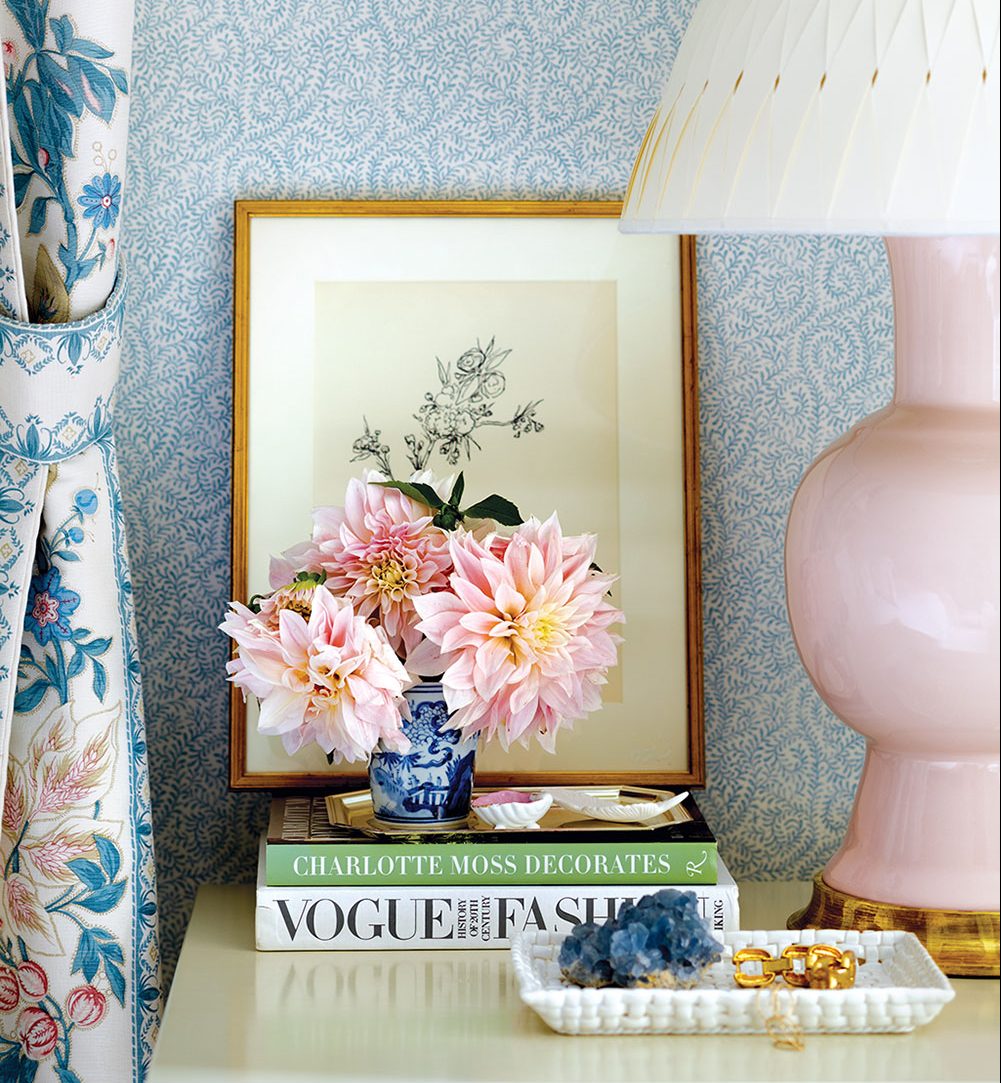 A custom-colored Bennison fabric adorns the walls in the master bedroom of a New York apartment. “The delicate pattern on the walls contrasts the larger pattern on the canopy,” Whittaker says. Photo by Erick Piasecki

The designer divides her time between her home in Millbrook, New York, and her office on Manhattan’s Upper East Side. Here’s where you can find her in the city: