This Atlanta-based botanical illustrator talks with flower about his travels with National Geographic and how they have influenced his work. 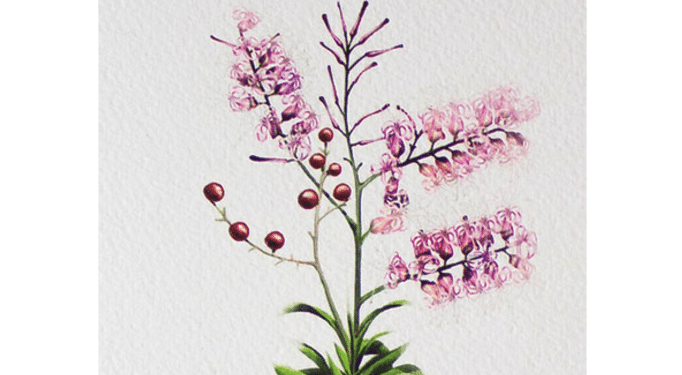 flower: Justin, you recently composed a collection of botanical illustrations from around the world. Your most notable illustrations, however, are of the medicinal plants of Madagascar. Can you tell us a little bit about that? JUSTIN: Last July I flew out to Madagascar with National Geographic where I worked with a team of 12 as an illustrator. Our assignment was to create a field guide to distribute out to the local people so they could identify the medicinal plants in their region. While there, my responsibilities included collecting plant samples, documenting them through photography and field notes, and then using those notes to create sketches that went into the field guide. 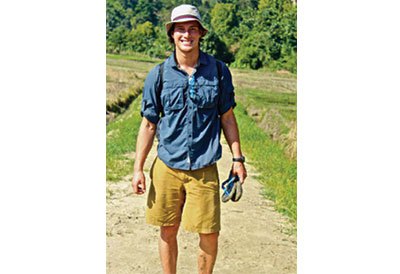 What led you to create your own collection? After working on the illustrations forNational Geographic, I came back, drew more, and put on a gallery show in Atlanta and had a positive response. People heard how similar drawings were being used to help the people of Madagascar identify plants that could benefit them. So they felt compelled to purchase my artwork. I didn’t create the new collection with the goal of selling it, but instead, saw it as an opportunity to tell others about the original project.

What’s it like to work in Madagascar? Madagascar is unique because it’s just so far away. You can only get to the island through the coast of Mozambique, and once you’re in Madagascar there’s not a lot of infrastructure. The only place with concrete roads is the capital, so really the most efficient way to get around the island is to fly. Yet, the terrain and temperatures are very diverse, which often leaves runways either flooded or sweltered. So, it may take a week to get to another part of the island.

You’ve done a lot of other traveling. Is there another place that has influenced your work? I find India to be a really uncomfortable place. There’s so much going on around you that it makes it very hard to be sleepy in India. That environment can indirectly influence one’s illustrations, and it’s those feelings that have challenged me to bring a lot of action and movement to my illustrations.

After seeing a vast array of plant life all over the world, is there a certain plant that you consistently find yourself drawn to? Yes, a plant in Madagascar that the locals call Bongambosy. It grows on the riverbanks in the northeastern region, and it’s about the size of a softball. It has an outer layer that looks like tumbleweed, which protects the plant from insects. It’s interesting because the plant can protect itself with its outer layer, but when the inner bulb is ready to bloom, the outer layer falls off, and the blossom comes out and reveals itself to the world. But, if you pull away the tumbleweed layer, and pluck the bulb, and steep it in hot water, the petals dissolve and turn the water into a rose color, which can be used to help with sleep apnea. Its medicinal purpose, along with its ability to protect itself from predators but still have a beautiful flower, makes it a really diverse plant. That’s why I’m consistently drawn to it.

What about botanical illustration do you most enjoy? I like the complexity of plants. It’s interesting to see how similar they are, but how very small subtleties make them completely different. Those subtleties can be anything from the length of the leaf to the amount of times that a vein splits within the leaf. It’s that amount of splitting that might dissolve one vitamin in the plant, giving it a medicinal purpose. Plants are very complex, and for me, botanical illustration is like providing someone with a gateway to understanding a certain plant and what it does.

Are there any botanical artists that inspire you? People often ask if I’m inspired by Audubon’s work. I can appreciate his work, but I’m more inspired by Leonardo da Vinci. Like myself, Leonardo looked at things from an engineering standpoint. Most botanical illustrators are inspired by the beauty of flowers, but I see plants from a more technical point of view—it’s because I like looking at details. When I go to an art gallery, I’m not necessarily interested in the colors or subject matter as much as how the painting was constructed.

Where has your work been shown? It’s been shown at the Crema Café, the Wild Hope Art Gallery, and Boxwoods in Buckhead. A place in Cleveland has also shown my work, but I’ve yet to do a permanent exhibit anywhere. Recently my work was sold at theAtlanta Decorative Arts Center, where a few showrooms carried it.

Where else can people buy your work? My framed illustrations and stationery can be purchased through my website, but they’re also available at Boxwoods and Marguerite’s on Dresden in Atlanta as well as Living & Giving in Rome, Georgia.