Cathy Graham Back in Bloom

After a divorce and professional hiatus, artist and entertaining maven Cathy Graham is back with a perspective as fresh as the whimsical illustrations and fanciful events for which she is renowned

When life gives you lemons, you make lemonade. Or, if you’re Cathy Graham, you toss them in a hand-painted bowl; throw in some glossy, green leaves; and create a stunningly simple centerpiece. After 30 years of marriage, the 60-something artist, fashion illustrator, and consummate entertainer found herself single and starting anew.

“When my husband left, I thought that the world as I knew it was over,” says Graham candidly. “But I quickly realized that I was too old to be bitter or resentful and that I had to move forward. Filling my home with flowers and friends became a form of therapy for me. Despite the pain, I reconnected with the woman I was before marriage and rediscovered my passion for art, entertaining, and creating.”

At the urging of interior designer and dear friend Howard Slatkin, Graham is doing just that—creating. Last year, she published her first book, Second Bloom: Cathy Graham’s Art of the Table (Vendome) and has since designed a line of paper products including note cards, notebooks, and wrapping paper. She has also launched a signature candle with Nest Fragrances, a line of pajamas and textiles with Charmajesty, and a line of decoupage home accents with Scott Potter. In essence, she is experiencing her own second bloom.

Graham claims to have inherited the creative gene from her mother, Rema Stone, a painter, and her father, notable Chicago architect Richard Barancik, who introduced her to the art world when she was a child. On the weekends, father and daughter would visit the city’s world-class museums and galleries, including the Thorne Miniature Rooms at the Art Institute of Chicago, where Graham developed her passion for all things small.

“I once read an article that referred to miniature enthusiasts as ‘mini-acs,’ so clearly I’m not alone in this!” she says. “Back in grade school, I would feign stomach- aches so that I could stay home and play with my tiny toys. I spent countless hours coordinating outfits for my little dolls and compiling mini tablescapes with my plates and tea sets. You could say I was gaining good practice.”

Practice clearly paid off. After earning her Bachelor of Fine Arts in painting from the Rhode Island School of Design and studying fashion illustration at Parsons in New York, Graham landed freelance fashion illustration work with prestigious publications such as The New York Times, New York Magazine, and Rolling Stone, and has been commissioned by Bergdorf Goodman, Estée Lauder, CBS Records, and HBO. 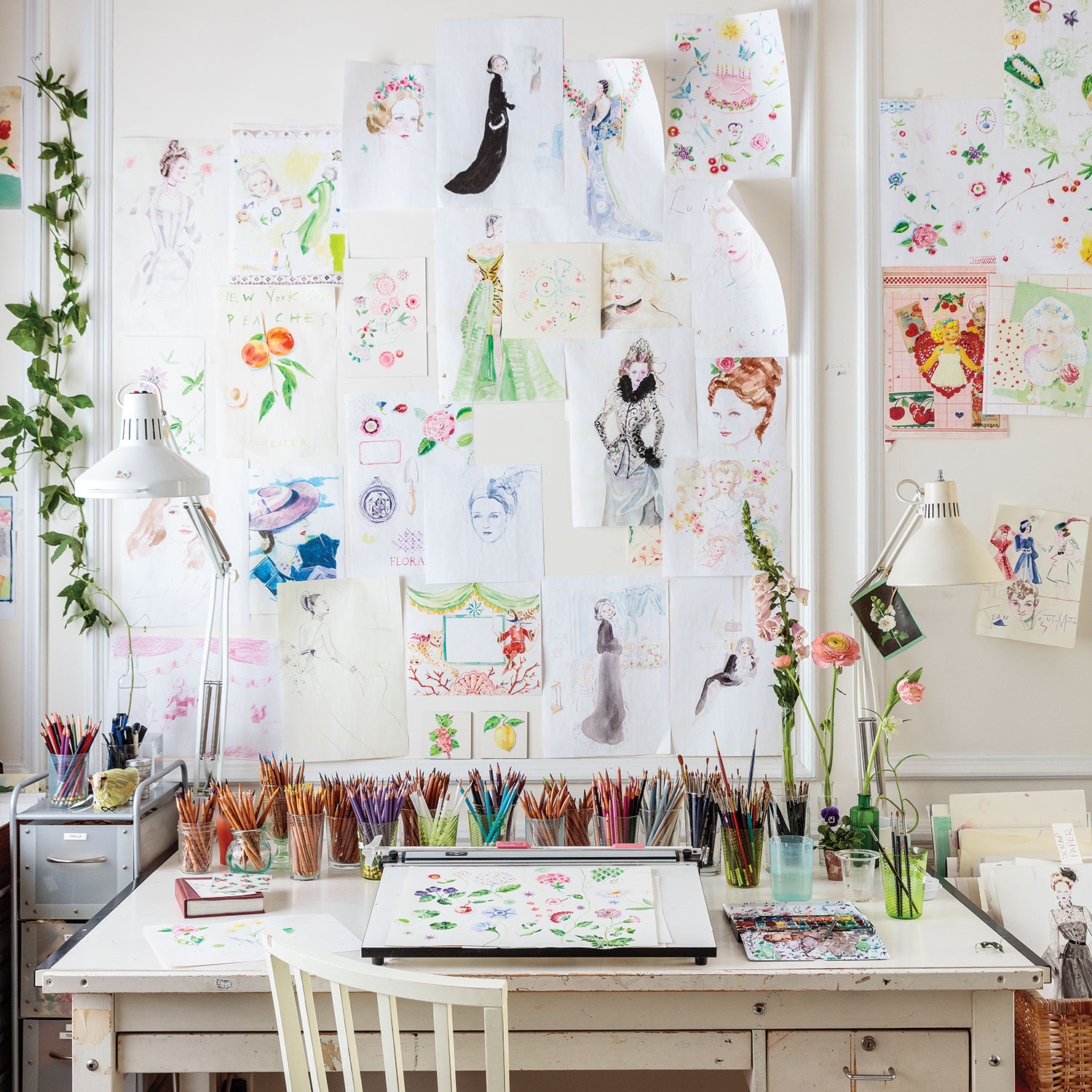 The sunlit studio at Graham’s Upper East Side town house 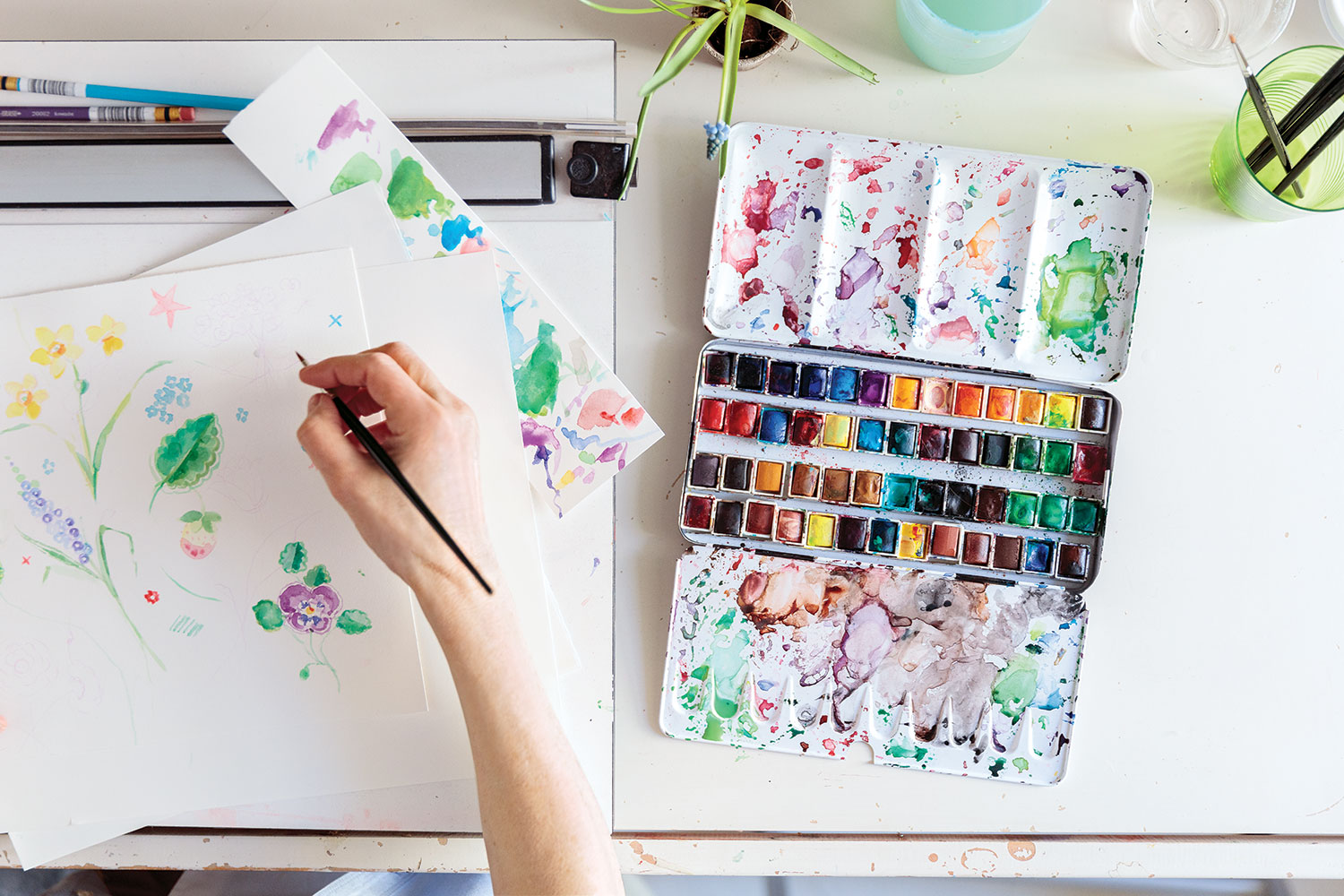 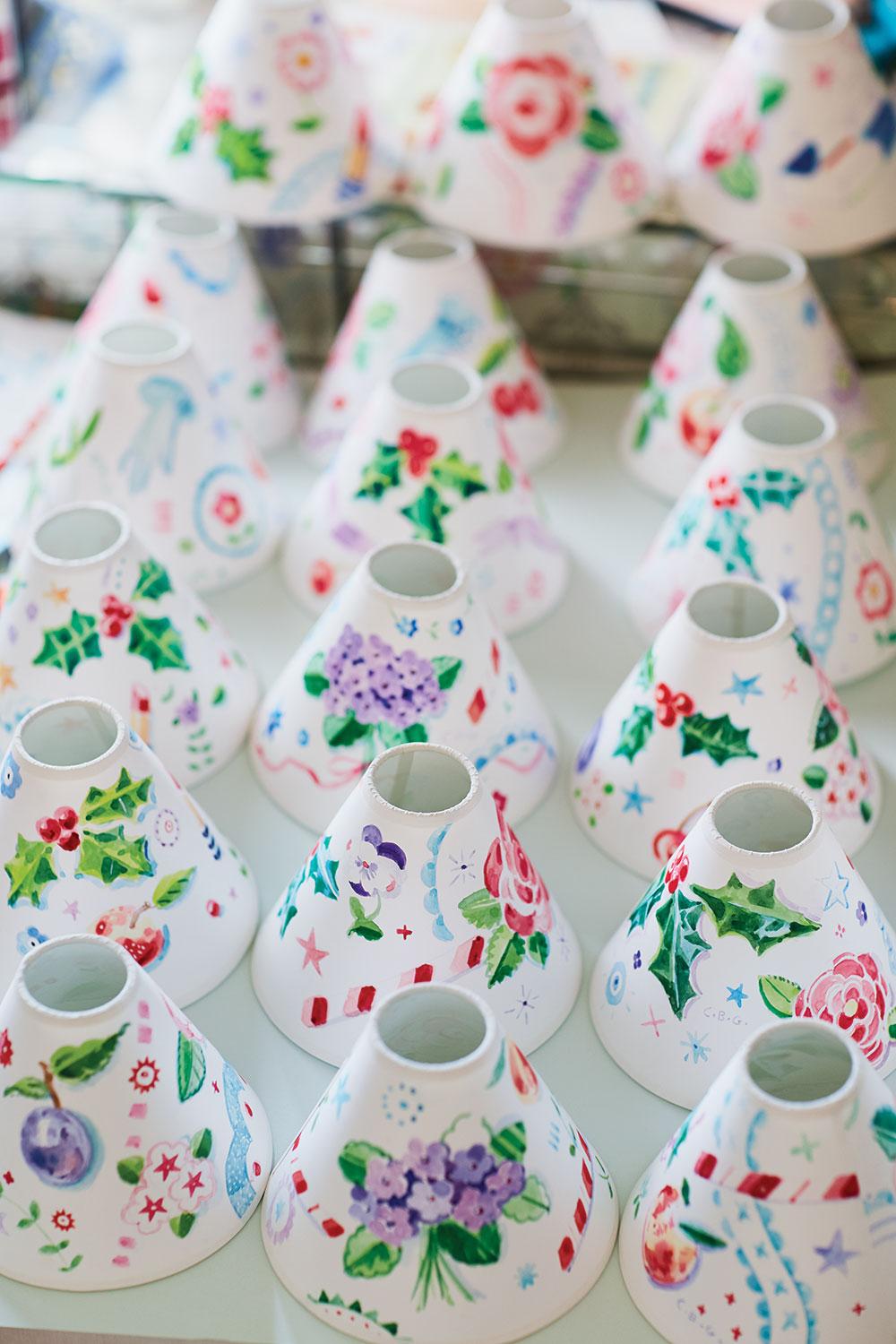 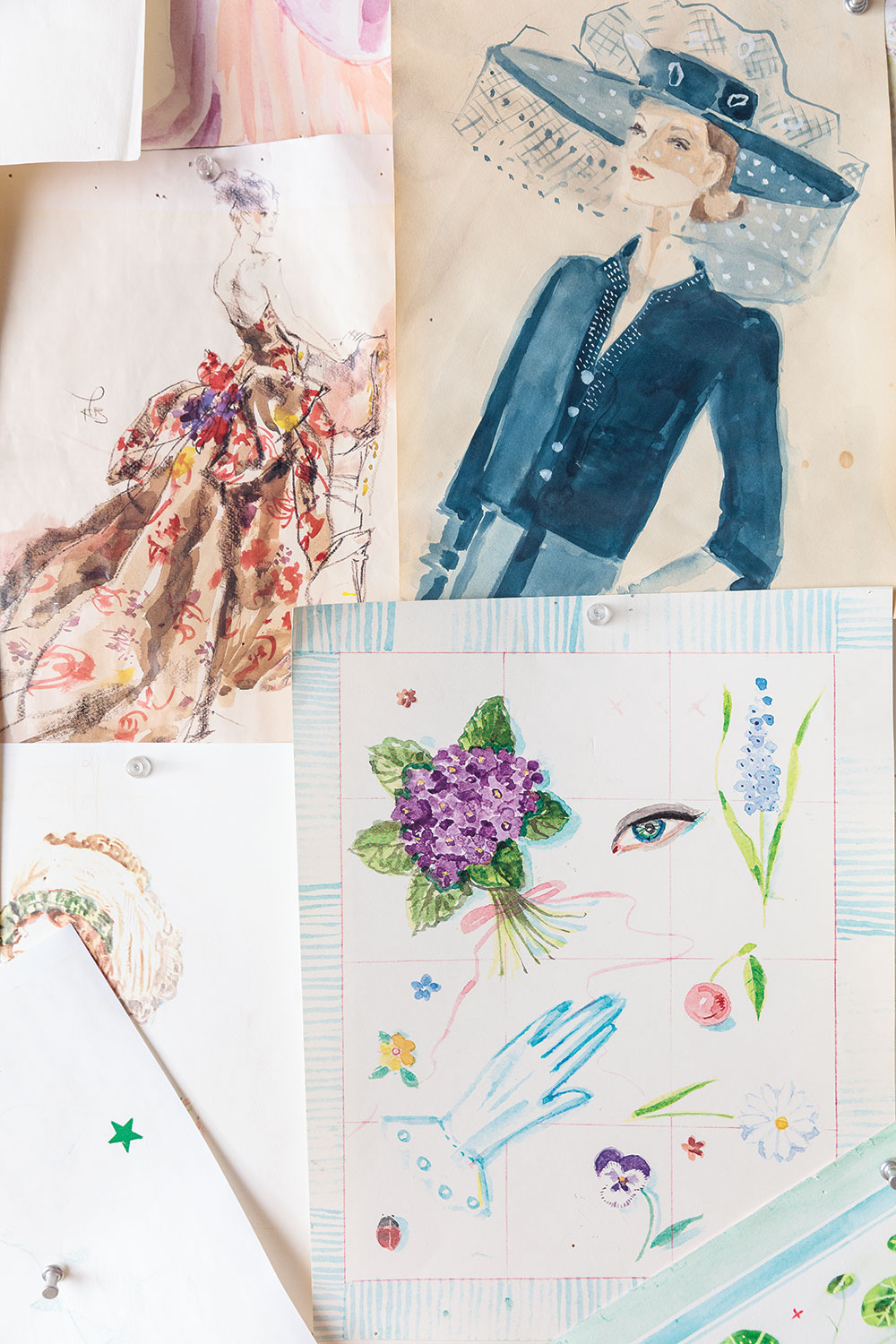 A fashion illustration inspired by a couture show 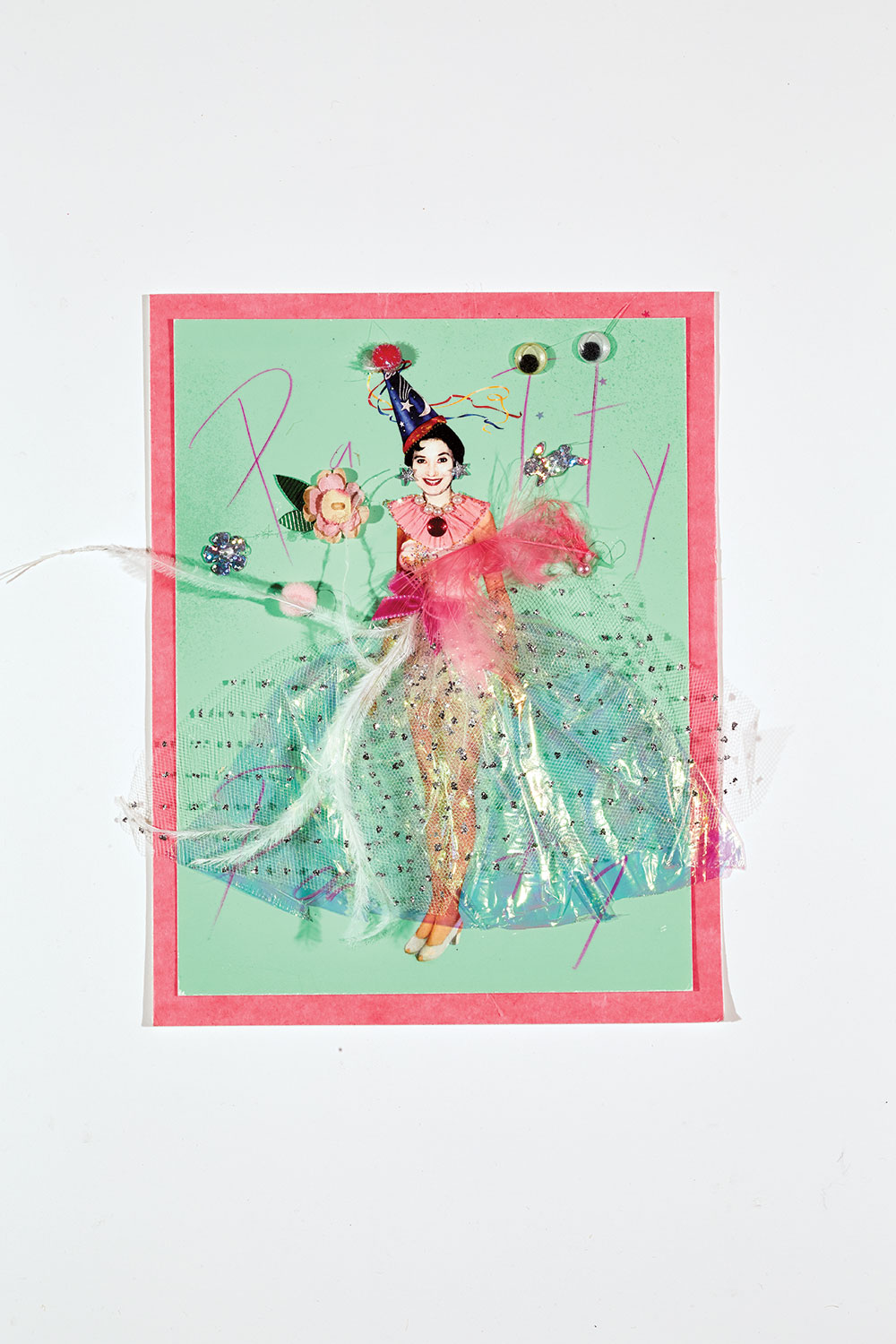 For a birthday party invitation, Graham pasted a photo of the honoree’s face atop a vintage paper doll body and designed a multidimensional costume from tulle, rhinestones, and feathers. 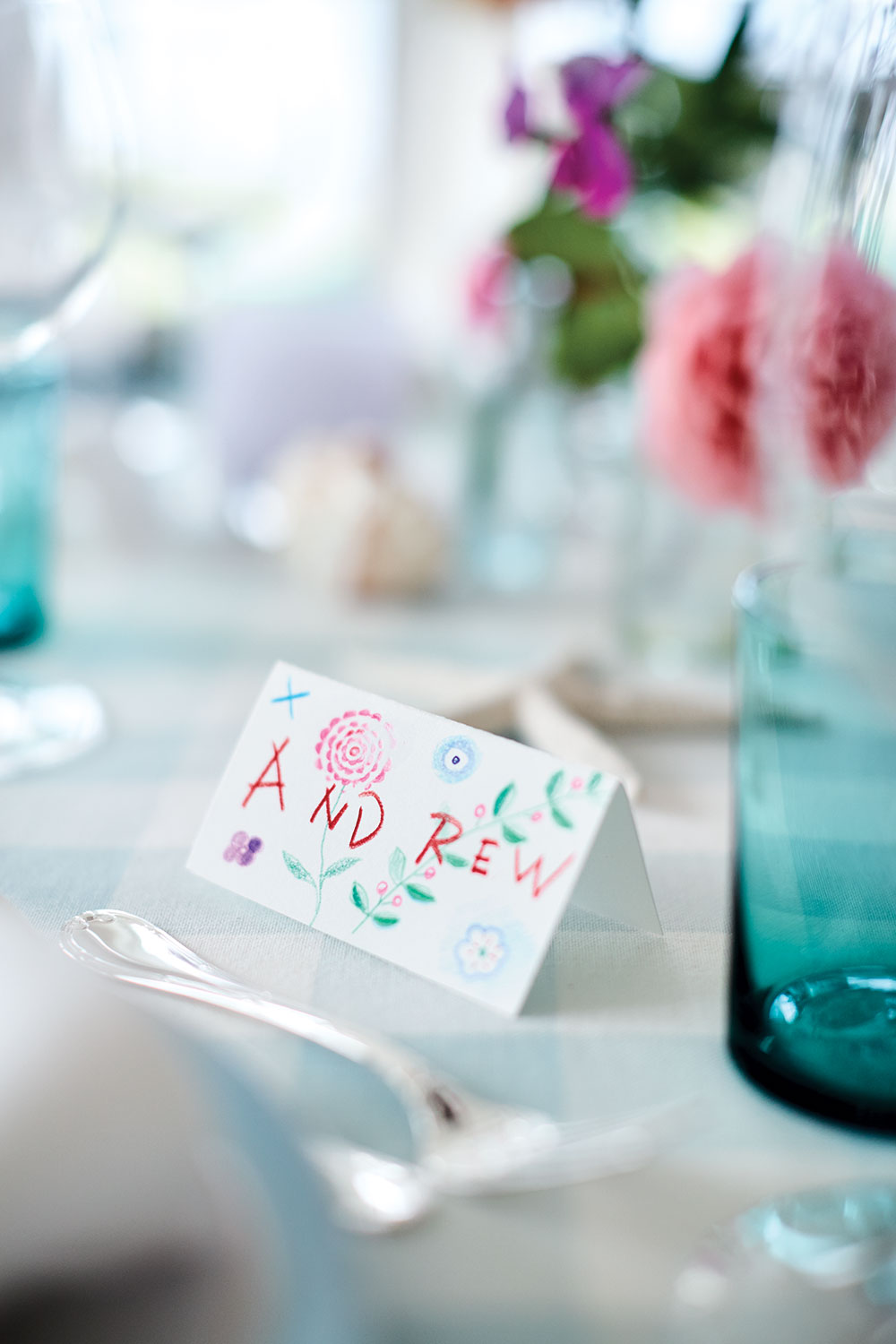 She was living an artist’s life in late-1970s Soho when she met and married her former husband. As newlyweds, the couple hosted frequent dinners and cocktail parties, allowing Graham to cultivate her passion for entertaining and flower arranging. In fact, it was in helping plan a birthday party that she was introduced to renowned event designer Robert Isabell, with whom she apprenticed for nearly a decade. Under his wing, Graham became well versed in the principles of party planning while developing her own highly personal and somewhat unconventional approach to entertaining.

Those lucky enough to score an invitation to one of her sit-down dinners, cocktail soirées, or afternoon teas can argue that the party starts not with the event but with the invitations. Often poster-sized and always hand-printed or hand-painted, each one is a piece of art in its own right. Adorned with feathers, rhinestones, or glitter, Graham’s invitations illustrate the artist’s uncanny ability to shake things up while maintaining a level of sophistication.

“Sometimes the invitation will set the tone for the party, and other times it will have absolutely nothing to do with it at all!” she says. “Once, I extended invitations to a Spam dinner. I decoupaged each invitation with pages from vintage cookbooks featuring recipes for mystery meats then glued on miniature cans of Spam that I found on eBay. Of course, that’s not what I was going to serve, and all of my guests knew it. But they appreciated the humor and the unexpectedness of it.

“At this point, I think most people just expect to receive an invitation from me that’s outlandish. Maybe next time, I should consider sending out a normal invitation. That would be a real surprise!”

Graham’s event décor can be equally outlandish. One particularly cold winter, she hosted a lavish spring fling executed with brightly colored linens and bountiful arrangements of seasonal blooms to counteract the dark, dreary weather. She has also been known to dress flowers in doll clothes, like the time she placed diminutive sunglasses, purses, and scarves on single stems of ranunculus.

“Entertaining should be fun for everyone,” Graham says. “Even the stuffiest guests can find the quirky, crazy details amusing. Let those be the icebreakers that bring people of all personalities and backgrounds together.”