Fall always brings back-to-school time to mind. For us, it’s back to flower school! We’re revisiting eight of our most popular autumn flower arrangements with step-by-step instructions from the coolest teachers we know. 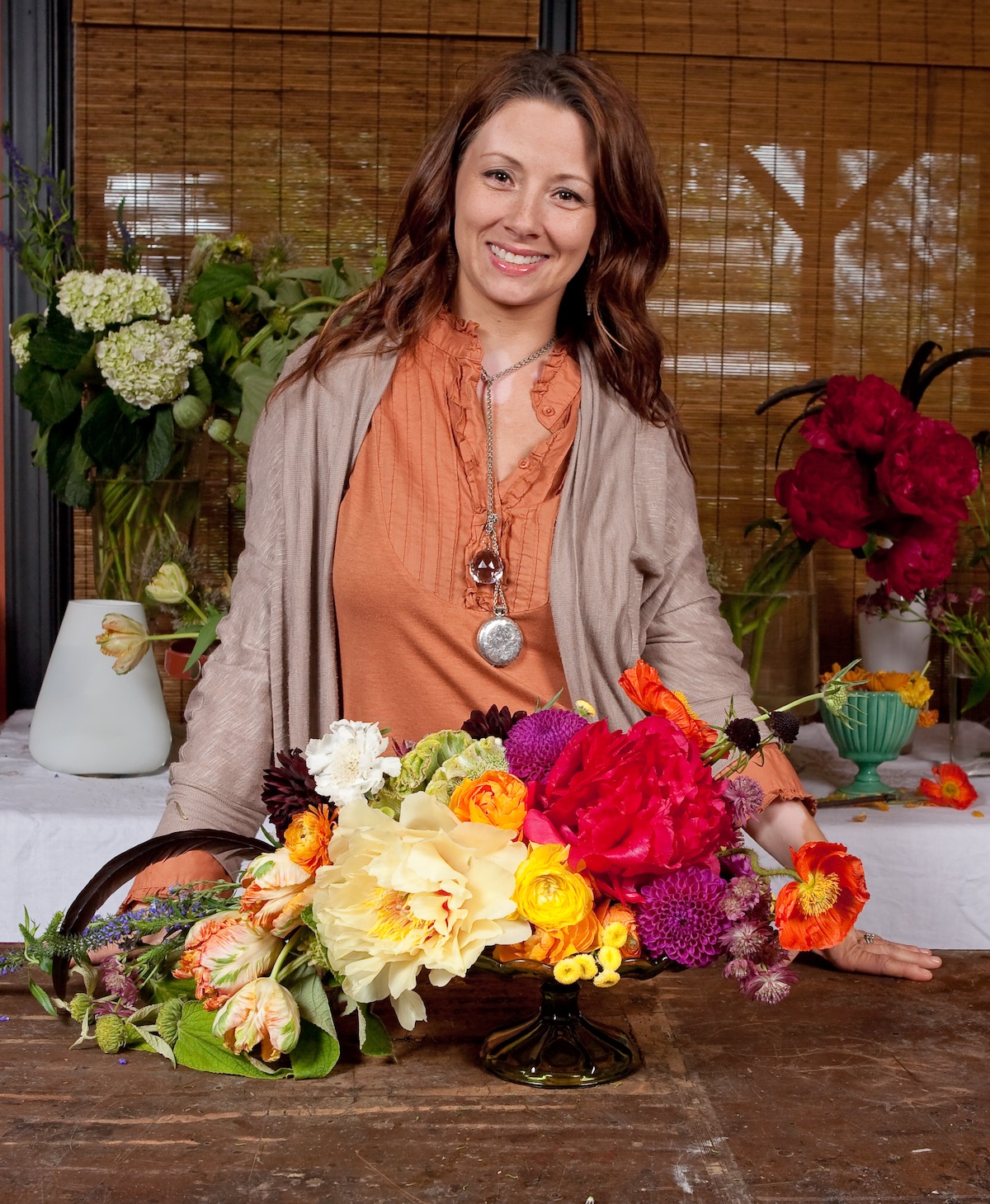 In her event and floral studio, Georgia designer Amy Osaba shares her secrets and step-by-step instructions for crafting a rich, fall-hued centerpiece. “This is what I love about fall: the unexpected pops of vibrant, gorgeous hues just when you think there are none to be found.” —Amy Osaba 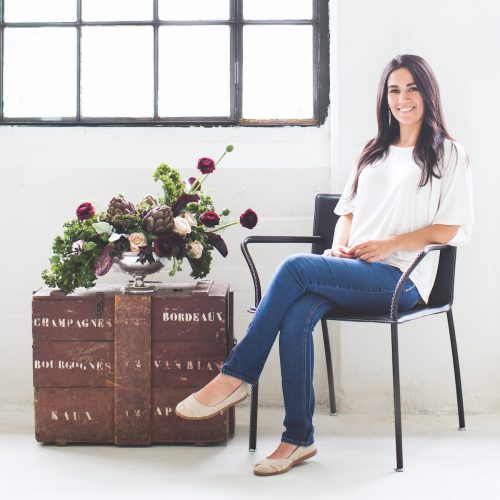 Maria Maxit in Houston uses greens and splashes of burgundy to design an aromatic arrangement that smells, if not tastes, as good as it looks. “Combining polar opposites—light and dark tones, masculine and feminine materials—creates a moody feel, which I love. I also like to incorporate the kinds of organic elements that are usually overlooked, especially things with delightful but unexpected fragrance.” —Maria Maxit 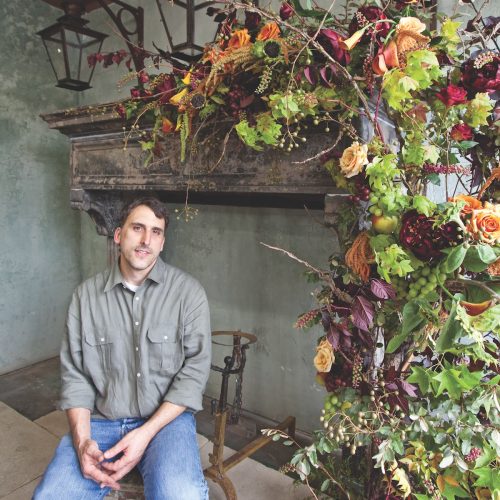 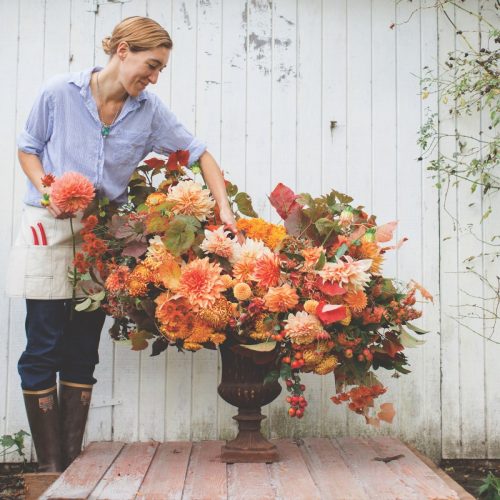 Erin Benzakein invites us to her family’s flower farm, Floret, brimming with fields of chrysanthemums and shares tips for arranging the fall staple. “Mums mix so beautifully with other ingredients the season has to offer, such as grasses, changing leaves, fruit and berries on the branch, and vines. They allow me to continue making abundant, seasonal arrangements all the way through the end of autumn, which has been a total luxury.” —Erin Benzakein 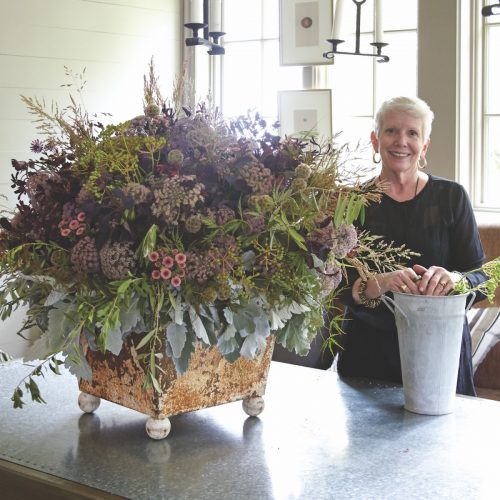 Floral designer Sybil Sylvester crafts an abundant arrangement that is easy on the eyes and beckons to be touched. “This layered, boho arrangement is elevated with its sophisticated autumn color palette of burgundys, browns, tans, and pinks.” —Sybil Sylvester 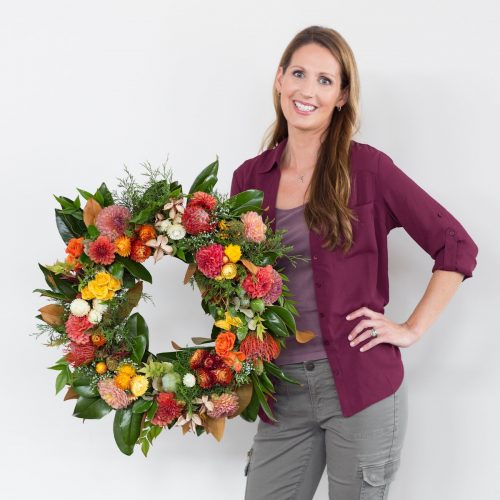 Memphis-based designer Karin Woodward of Haute Horticulture welcomes the arrival of autumn with a festive floral wreath. “Fall is a time of refection and transition, of gathering and festivity. The season’s colors are a bold symphony of reds, oranges, golds, and browns that unfold in harmony with one another.” —Karin Woodward 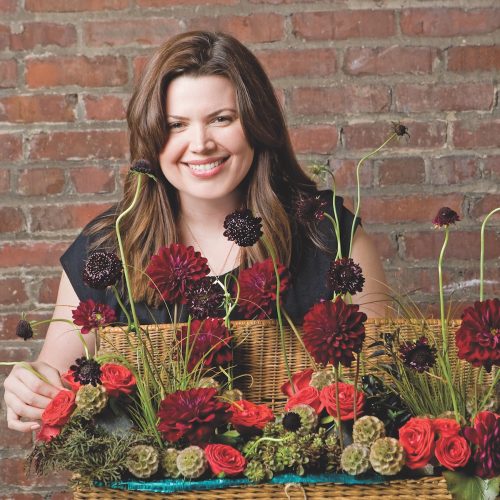 Mimi Brown gathers fall’s abundance of color and texture and fills a woven basket with flowers and vegetables. “One early September morning, I filled my basket full of fresh produce with dirt still on the roots and flowers gather from a nearby field.  It occurred to me that my purchases looked like an arrangement themselves. Back at home, I recreated that experience.”—Mimi Brown

Fall Out: A Bold Autumn Arrangment 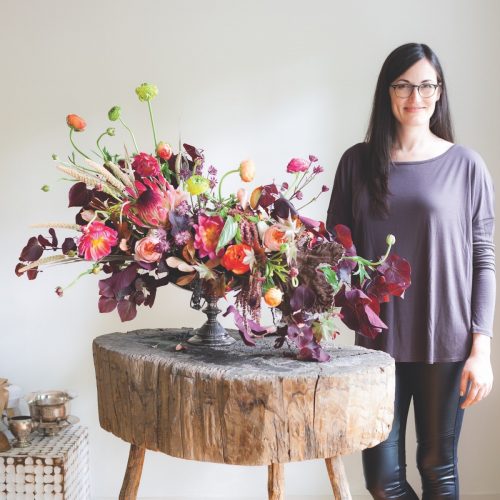 Atlanta event designer Joy Thigpen crafts a freestyle autumn arrangement alive with color. “For this arrangement I thought it would be fun to play with “fall colors” and use a brighter, more colorful palette for the season. Usually I like things that are subtle, but sometimes it’s fun to turn up the volume and just play a little.” —Joy Thigpen 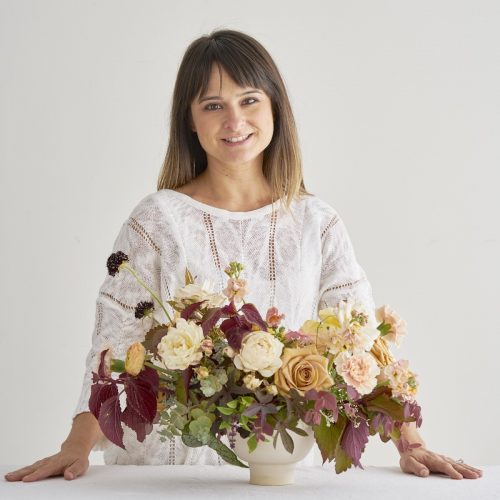 Fort Worth designer Adri Smith creates a pretty fall arrangement that includes specialties of the garden nursery. “My single-source inspiration was the mustard combo rose, which works well with many different palettes, like the cream, pale peach, dark mauve, and burgundy one I used. I also wanted to include foliage that was distinct from the traditional blooms found at the flower market.” —Adri Smith 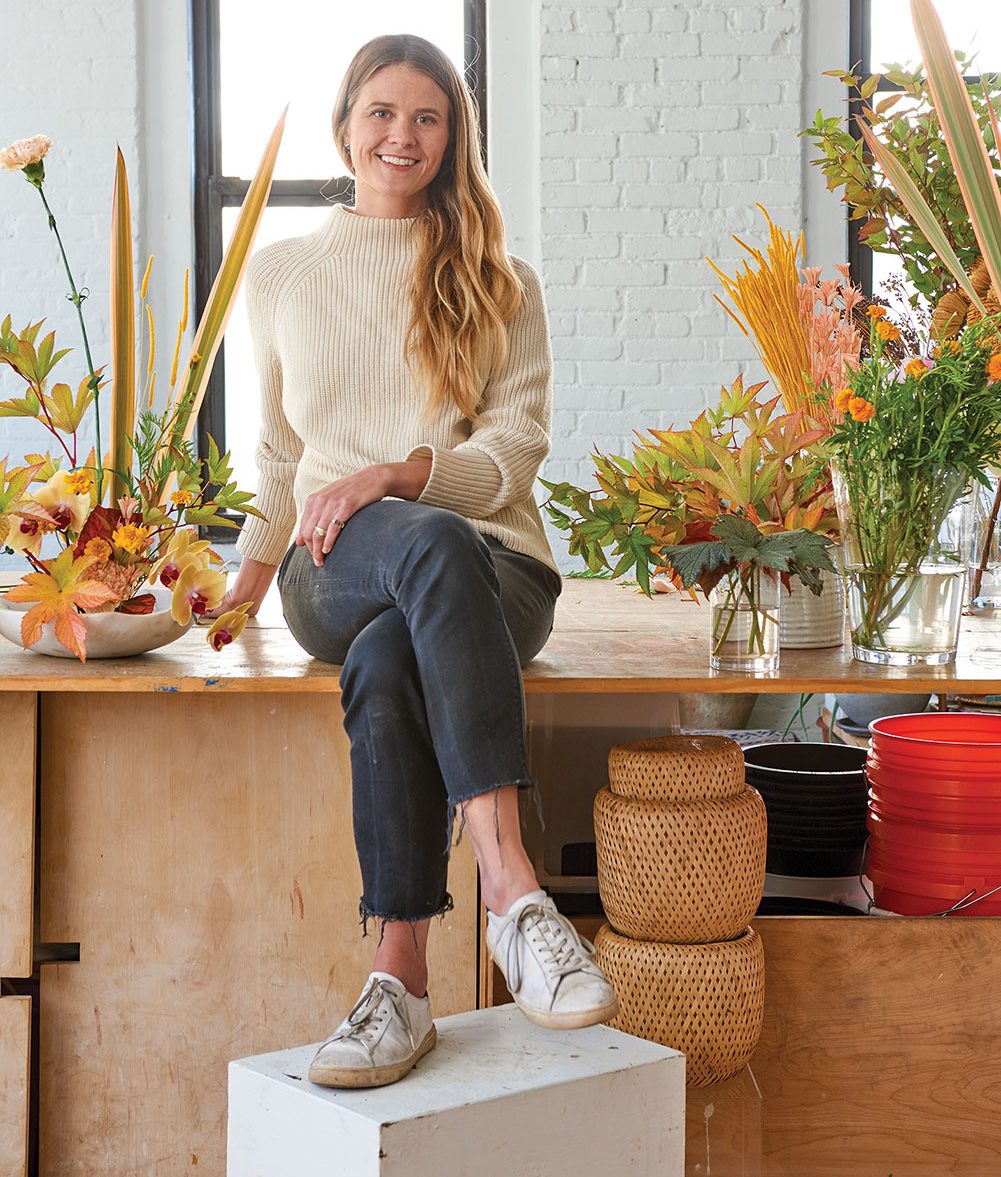 Taylor Patterson of Fox Fodder Farm shares step-by-step instructions for creating an Ikebana-style arrangement that celebrates autumn’s colors. “I wanted to create something that was inspired by the changing season and colors of autumn but not dictated by them.” —Taylor Patterson

Explore even more fall flower arrangements from the pages of Flower magazine.