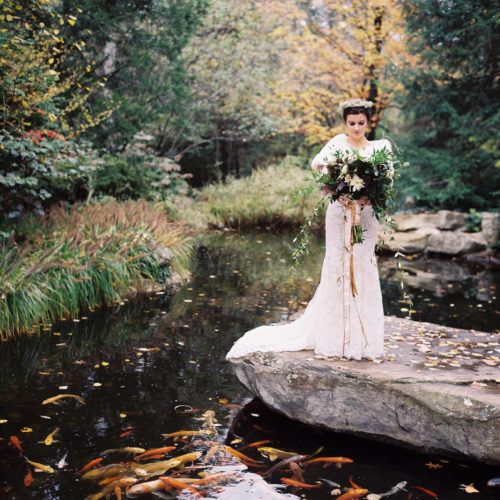 It’s a story that sounds ripped from the screenplay of a Nora Ephron romantic comedy: Brad Sellers and Lydia Foster both grew up in Clinton, Tennessee, a small town nestled in the foothills of the Smoky Mountains. With just four years between them, they shared many family friends but never met as children or even later, as they overlapped as undergraduates at the University of Tennessee. After college, Brad moved to New York to work at JP Morgan. Lydia moved to Los Angeles to chase a dream of becoming a hair-and-makeup stylist. Each flourished in their careers. One day Lydia (whose credits include three years on Taylor Swift’s international tour) headed to New York to work a booking for fashion week. A family friend back in Tennessee thought it would be nice for Brad to show a fellow Clinton native around town and sent him Lydia’s number. A date for drinks led to a dinner the following night, which led to an extension of her trip, which led to Lydia’s eventual relocation and ultimately— as in most rom-coms worth their salt—a wedding. This one, befitting the New York couple, even had a yellow cab.

How does a bride whose job revolves around red carpets and TV greenrooms pull off a wedding in the middle of a hundred-acre wood? With a fiercely creative vision, an antiques-hunting mother, and a cadre of small-town artists with big-time talent willing to think outside the box. Historic RT Lodge in Maryville, Tennessee, provided the perfect setting for a wedding that embraced the majesty of the forest spiced up with a dash of New York style. 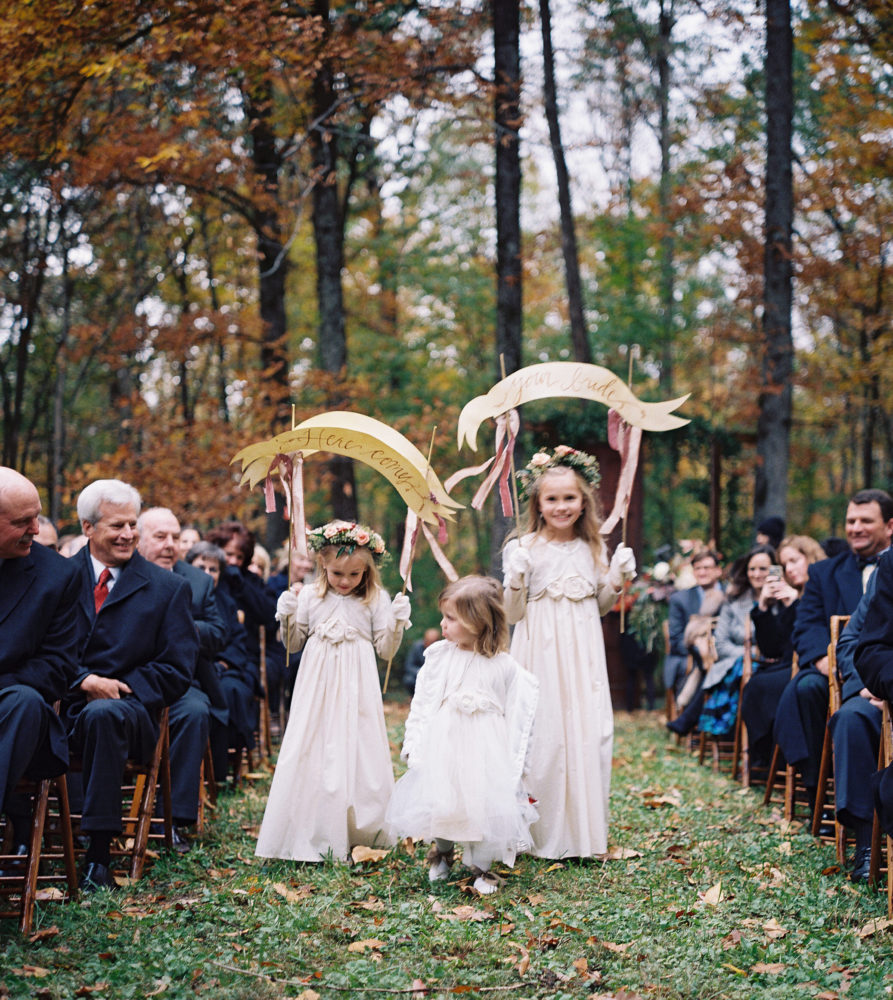 Flower girls announced “Here Comes the Bride” with handmade tea-stained signs created by the bride, who runs The Darling Type paper company in her spare time. 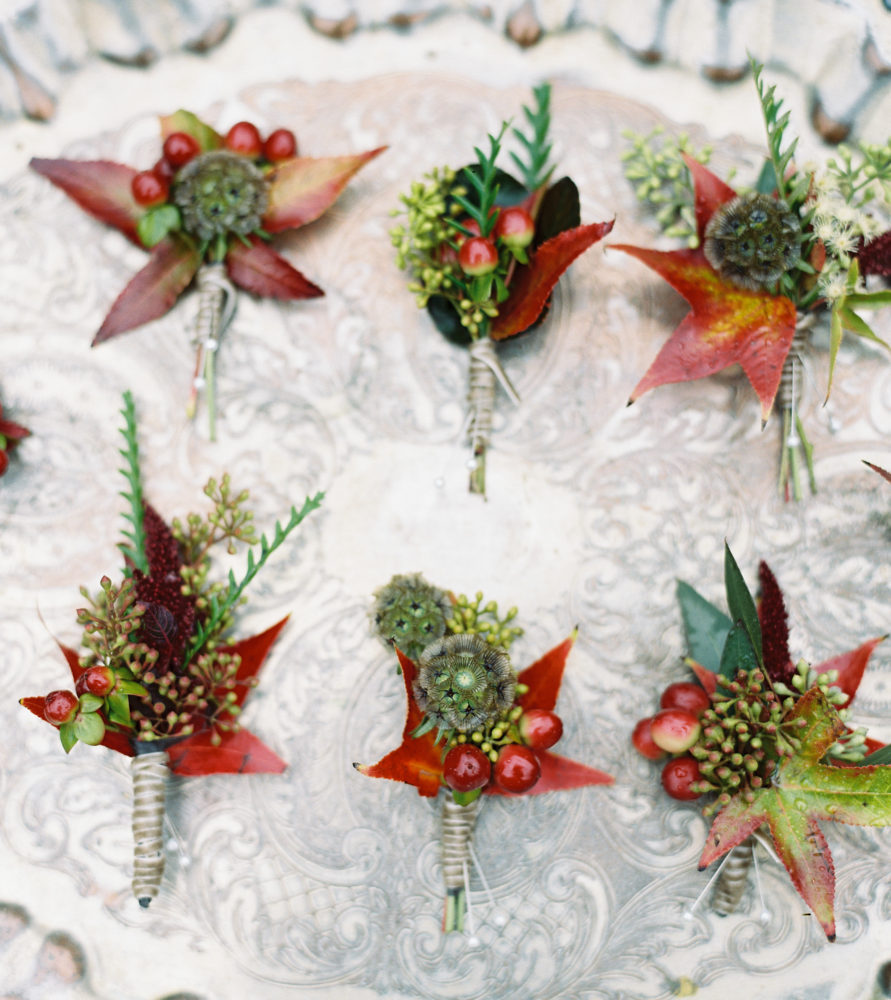 Boutonnières looked like forest jewels and met the bride’s wish that they be “masculine, funky, and natural.” 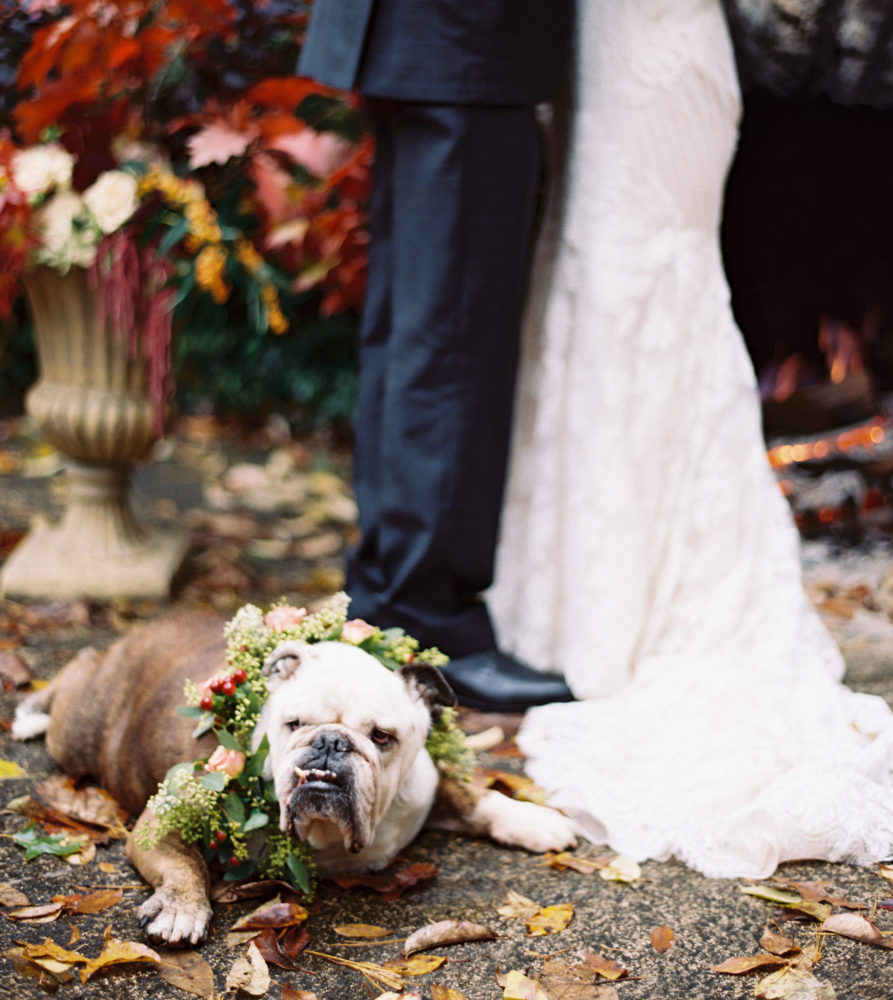 The groom’s English bulldog, Duke, got the royal treatment with a floral collar at the ceremony. “People were feeding him under the table all night,” says event designer Alexandra Stockton with a laugh. 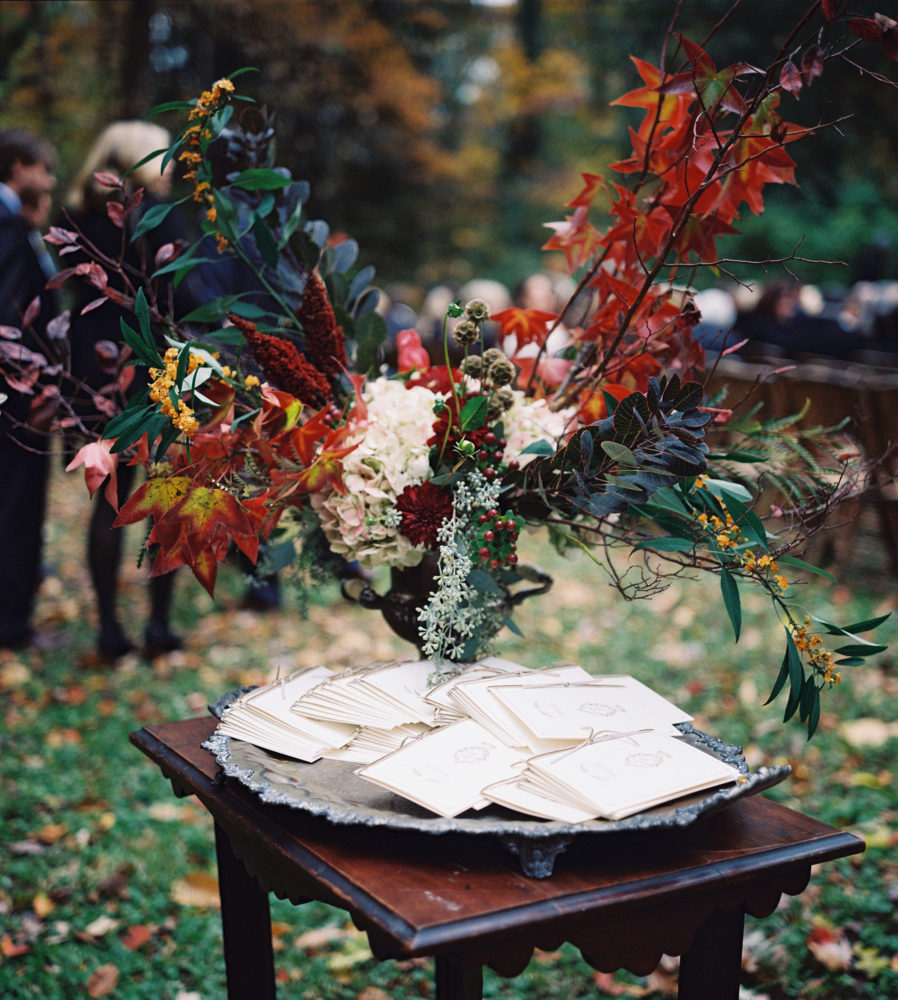 The bride used family silver throughout the wedding, including her grandmother’s serving platter, which held the programs. Floral designer Samuel Franklin’s arrangement added a dose of drama and color to the table. 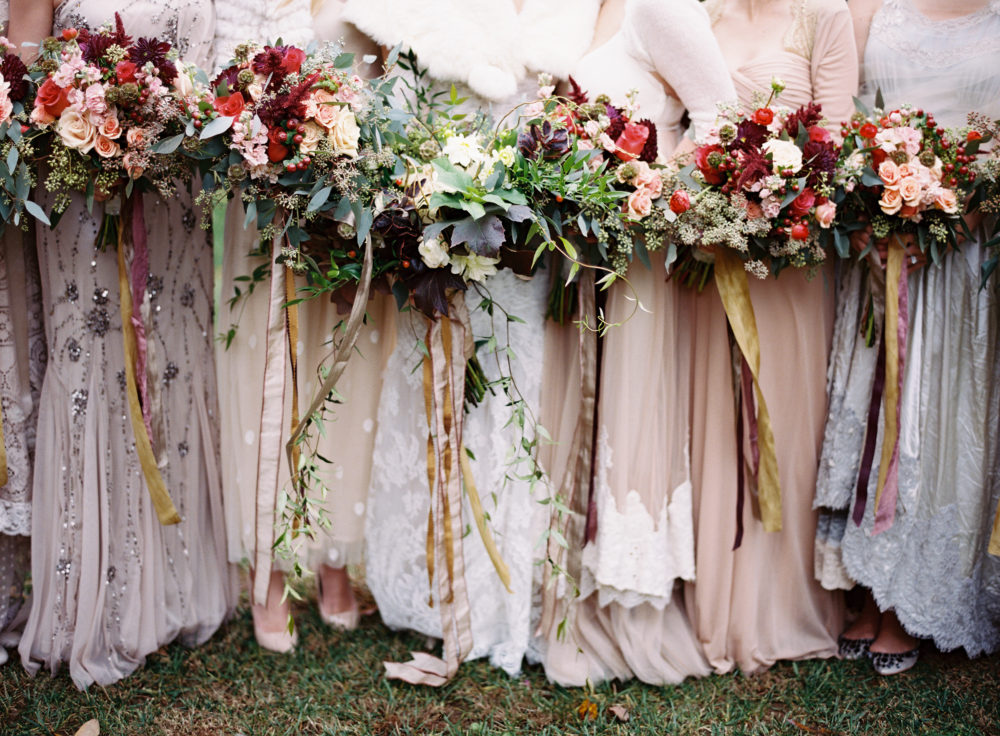 The bride handpicked her bridesmaids’ dresses: a mix of blush, rose, and taupe gowns. Franklin’s bouquets were also a mélange of color, texture, and form, tied together with hand-dyed silk ribbon the bride brought from New York. 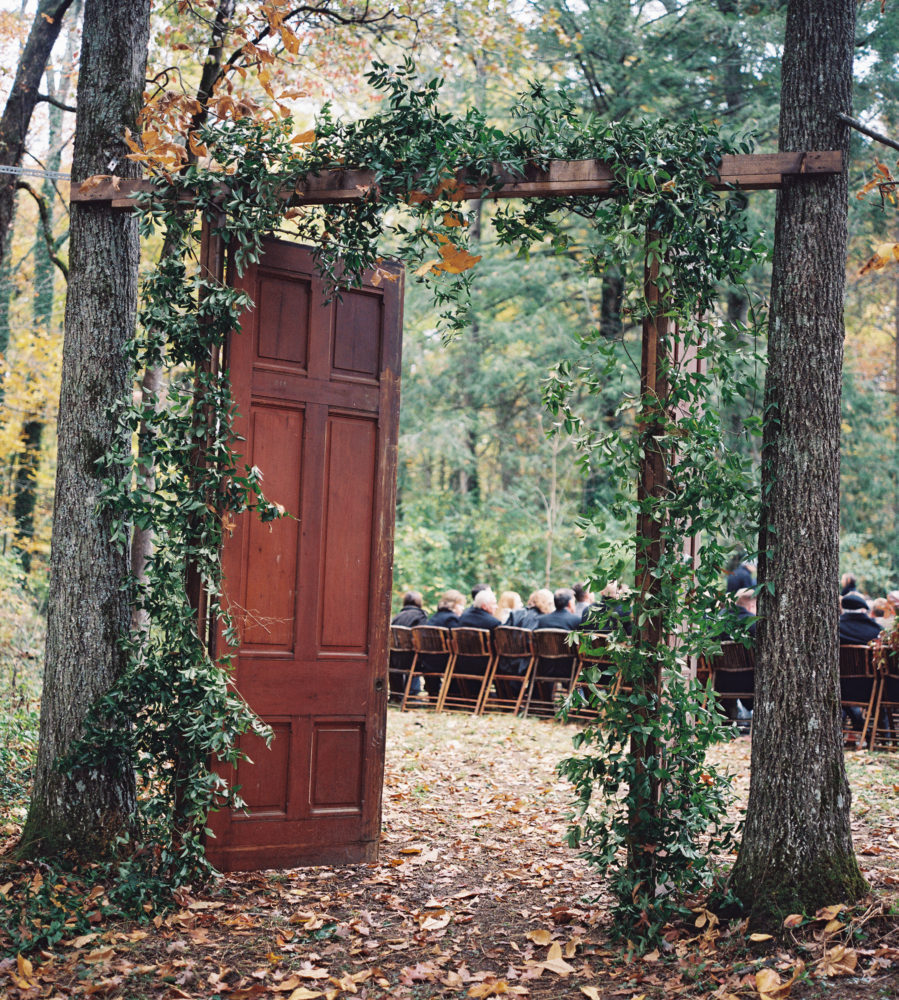 The bride’s mother, an avid antiques hunter, found a pair of old church doors that Stockton erected between two trees. The effect of the church doors laced with smilax in the middle of a meadow was magical for the bride. “It made the space feel holy,” she says. 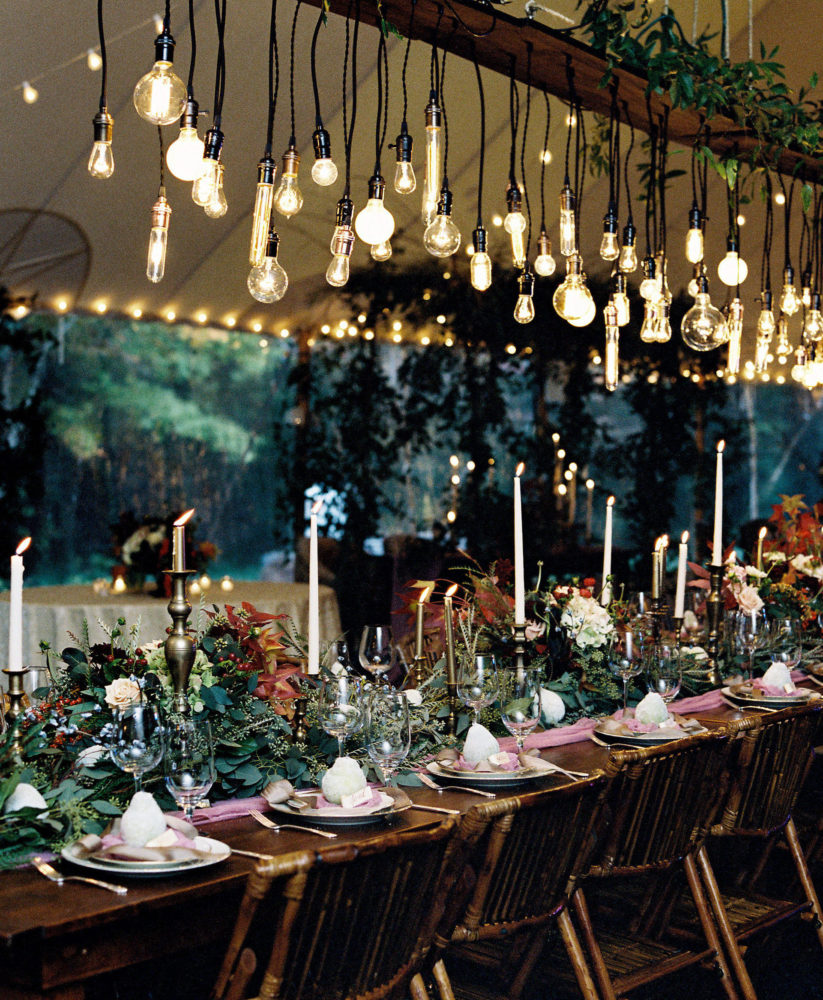 At the reception, Edison bulbs from a mom-and-pop shop in Brooklyn were suspended from rustic wood beams decked in Jackson vine. “I wanted to mix the old with the new, the industrial with the natural,” says the bride. 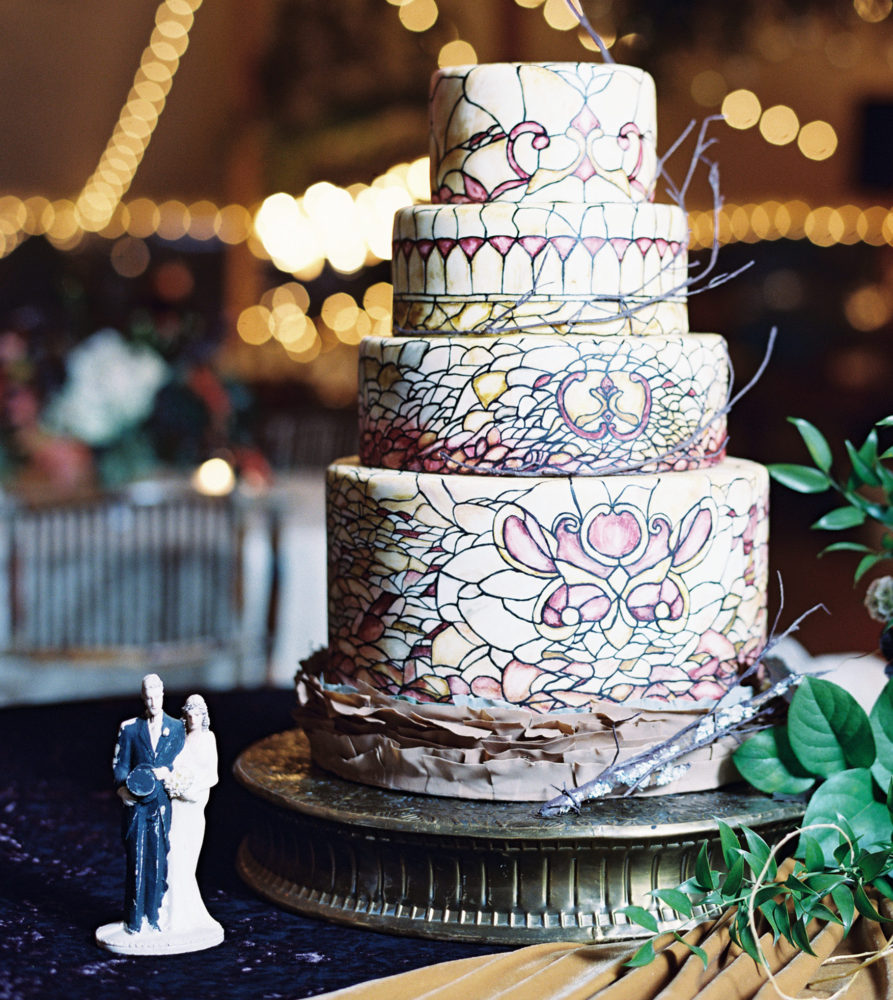 Stained glass from an old cathedral served as the inspiration for the cake, a work of artistry by Lisa Cunningham of Oven Art. 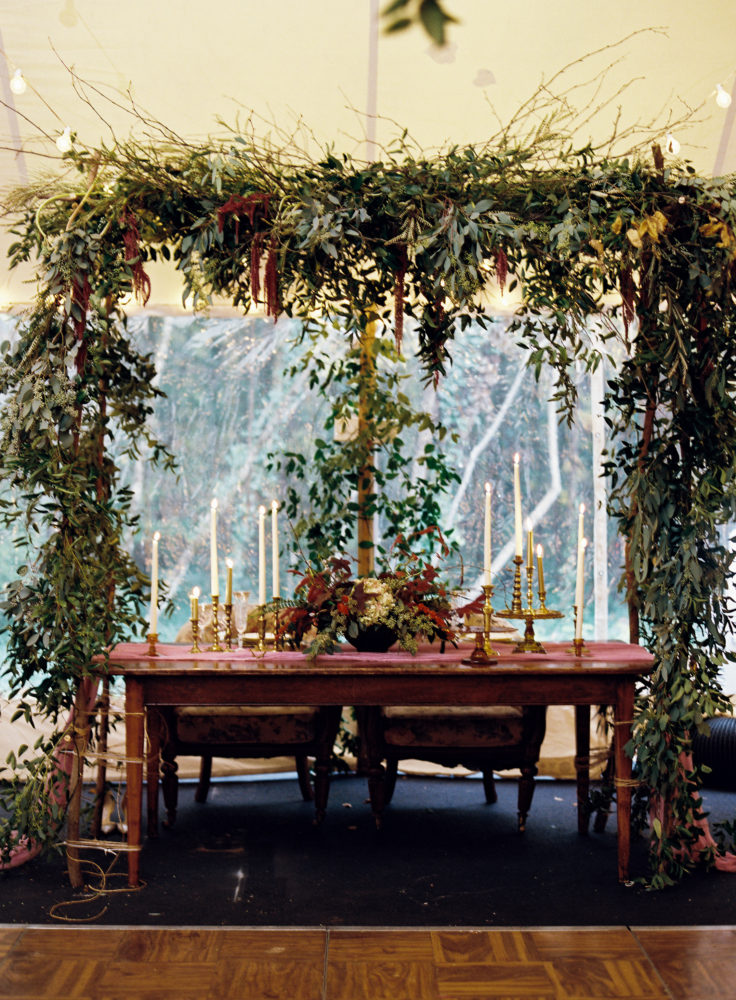 The sweetheart table, framed by a trellis laden with greenery, captured the overgrown effect Stockton envisioned. “We really wanted to bring what was happening in nature into the wedding,” she says. Much of the Jackson vine was foraged by one of Franklin’s deliverymen, a devoted hunter who spends a lot of time walking through the woods. “Before he goes on a hunt, we just give him our order, and he brings it back,” says Franklin. 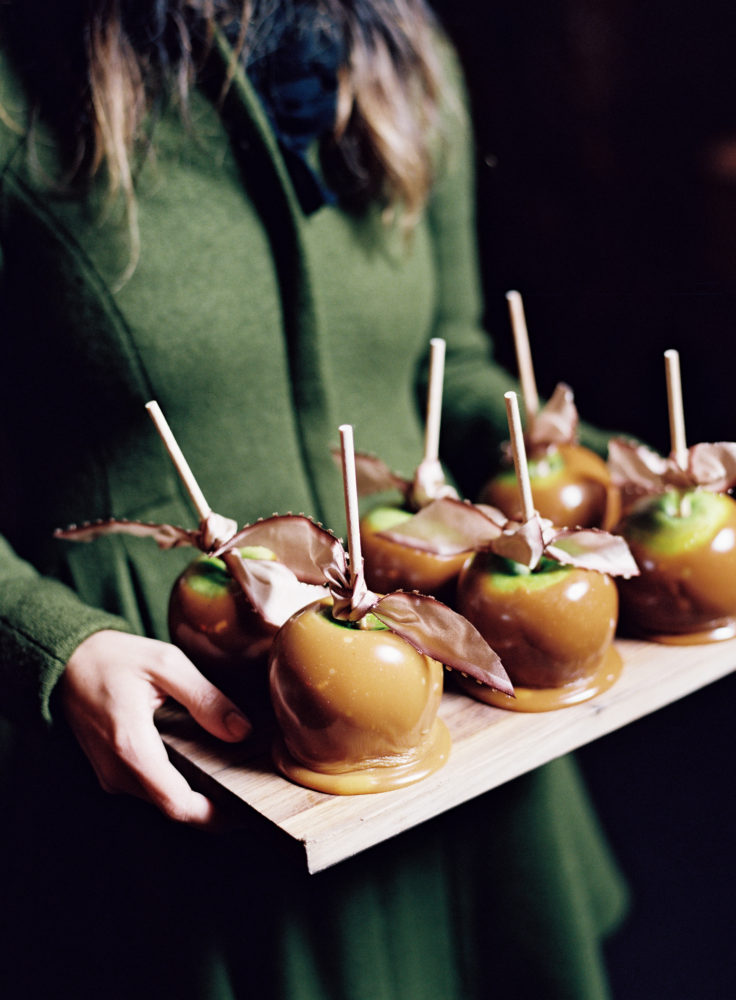 Servers passed trays of caramel apples after dinner, a sweet reminder of the Big Apple, the town that brought two Tennessee natives together. 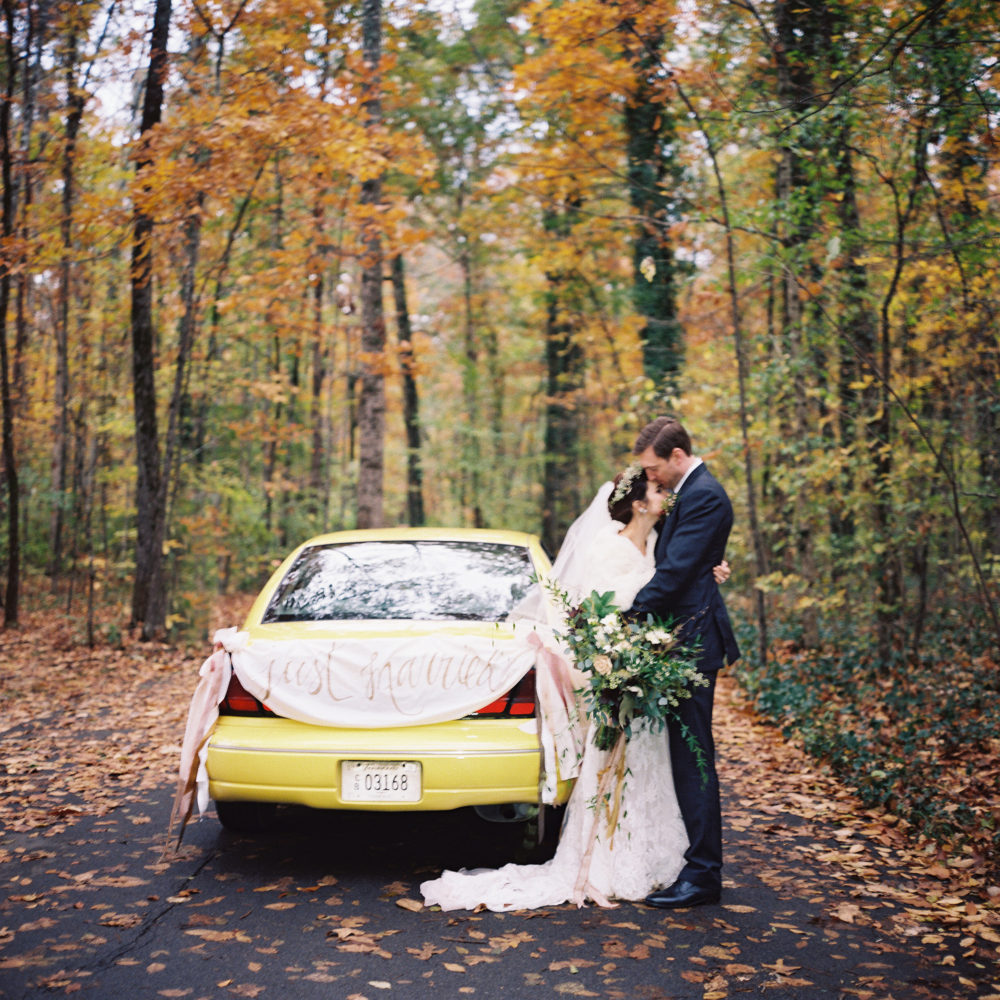